Quantum Theory is one of Japan’s many attempts to “appeal to the West” and you can’t get more appealing to the typical North American consumer than a big, beefy, steroid-friendly cover shooter. Nobody ever really expected much of it, but it looked like it could have been a fairly decent “Western” style game for Tecmo Koei.

After having fallen off a cliff edge for the tenth time because the game told me to do it, I can safely say that Japan will never appeal to the West with the absolute mess that Quantum Theory provides. 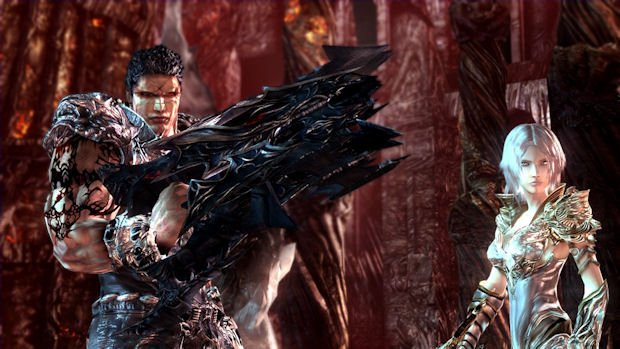 Quantum Theory suffers from the most rapid decline in quality that I can ever remember a game having. It starts out as an admittedly decent cover shooter, clearly lacking the quality of Gears of War, but holding its own as a fairly solid game. However, over the course of the campaign, things simply get worse and worse to the point of near unplayability.

Perhaps if it had just stuck to shooting, Quantum Theory would have gotten away with being an inoffensive rental. However, imagine a heavy, clunky, cover-based shooter like Gears of War attempting to be an unforgiving platformer littered with pitfall deaths. Then imagine that this ill-advised shooter/platformer hybrid is filled with button prompts telling players when to jump. Finally, imagine that every single button prompt is broken, and that the game repeatedly commands players to fall to their deaths.

You’ve just developed Quantum Theory. Give yourself a royalty check. 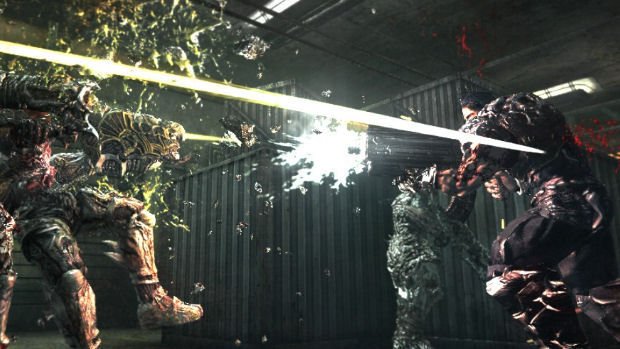 The first few chapters of the game are fine, even if it’s obvious that the developers weren’t entirely sure how cover-based shooters work. The cover doesn’t always work properly and the melee attacks are laughably sloppy, but the general premise of popping off enemies with machine guns, shotguns, grenade launchers and circular saw projectiles makes for a decent Gears of War forgery.

The game even manages to be a tiny bit inventive with the introduction of Filena, a part of the living tower that protagonist Syd is trying to kill (don’t ask, the “story” isn’t worth it). Filena battles independently but can be thrown at enemies, carving them up with a devastating melee attack. She can also be tossed behind enemies to distract them, and perform joint melee attacks with Syd provided players can get used to the unintuitive button timing. It’s a simple little addition, but it gives Quantum Theory a little personal flavor in what is, at its core, an incredibly derivative game.

If that was all Quantum Theory was, it would be fine. But as the game progresses, its random difficulty spikes, badly placed checkpoints, and insufferably terrible platforming steadily ruins the game until it becomes an unplayable mess of disjointed concepts and imbalanced combat. I’ve never had to set a game to the “easy” difficulty setting on a professional review before, but there is a section of Quantum Theory that appears to be literally impossible on normal difficulty. It places Syd on a tiny circular plinth with two sub-bosses who knock him off the side and into an insta-death chasm within seconds of spawning. It’s unbelievable. 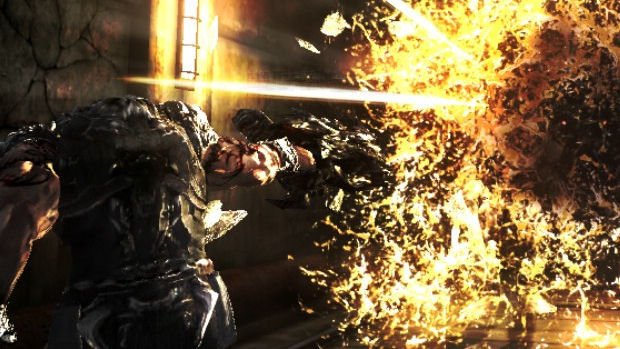 The aforementioned platforming is the real game killer, however, and I have no shame in admitting that I just tossed the controller away a chapter or two before the credits rolled. There are sections where Syd has to jump onto moving platforms, but every time the game prompts the player to jump, Syd simply falls to his death. This is part and parcel of the entire experience — Syd will jump to his death, fall to his death, and sometimes go into a scripted animation too close to a ledge and stumble, as always, to his death. Simply put — the fundamental gameplay of Quantum Theory was not designed for precise, punishing platforming, but for some reason the developers forced it in there, and the result was a game that simply does not know how to handle itself.

Ultimately, I am not putting up with a game that has broken button prompts. I have not even the faintest clue how something that basic and important passed testing, but it’s not even vaguely acceptable. If the game were worth getting indignant about, it could almost be classed as offensive. Instead it’s worth nothing more than a bitter sneer and the instant dismissal of the entire game. Most of the platforming sections are better played by closing one’s eyes, hitting the jump button and praying to whatever Gods they hold in reverence. That is no way to play a game. That is a miserable joke.

It’s a real shame because, for the first half of the game, I was pleasantly surprised by how solid the damn thing was. Quantum Theory was never going to be overtly great, but it did its stuff without too much aggravation and was even pretty fun in places. If the game had copied Gears of War properly without getting too big for its boots, we would have had a shooter worth a weekend’s playtime. Instead, we must deal with a heap of borderline unplayable garbage. 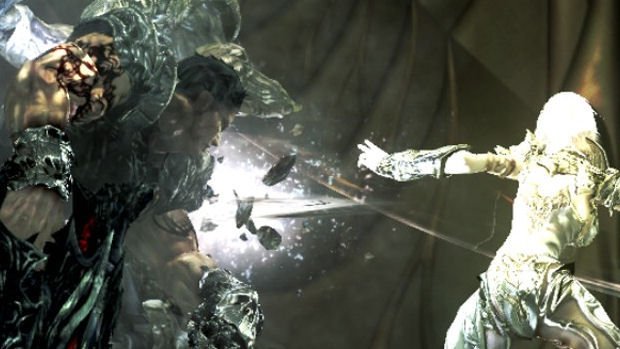 Amazingly, the developers thought the game would get enough of a following to justify multiplayer, and again, there was some decent potential here. There are a variety of characters that not only look pretty cool, but play with slight variants, and while the gametypes are limited, the general solid combat would provide a decent a bit of fun. Unfortunately, the game doesn’t have many players (obviously) and when I finally got into a game, it was so laggy and buggy that it wasn’t enjoyable at all. So there’s that.

Quantum Theory is what would happen if Gears of War and Super Mario Bros. had a baby. A mewling, deformed, horrific baby that doctors would try to drown. It upsets me to tear this game apart, due to my being genuinely pleased with its opening chapters, but the game goes from passable to unforgivably dreadful with each passing stage until it gets to the point where even if Filena got her tits out at the end, it wouldn’t be worth the pain to get there.

Score: 2.5 — Bad (2s are a disaster. Any good they might have had are quickly swallowed up by glitches, poor design choices or a plethora of other issues. The desperate or the gullible may find a glimmer of fun hidden somewhere in the pit.)