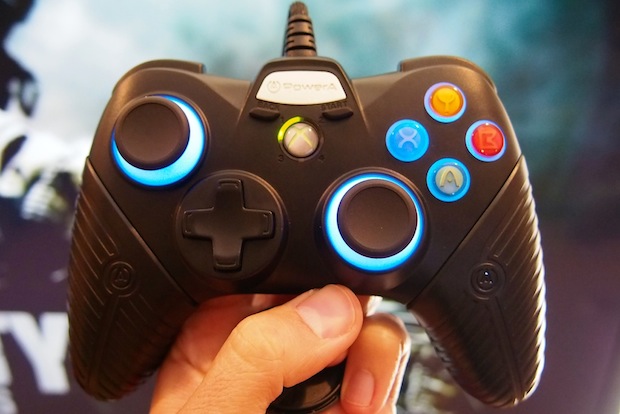 Wired, high-performance, specially tweaked “pro” controllers are all the rage these days with how popular tournament gaming has become. PowerA throws their entry into the ring with their latest, the FUS1ON Tournament Controller.

I’ve given the Xbox 360 version a solid testing by playing through a dozen or more varied games to see just how “pro” this controller is. 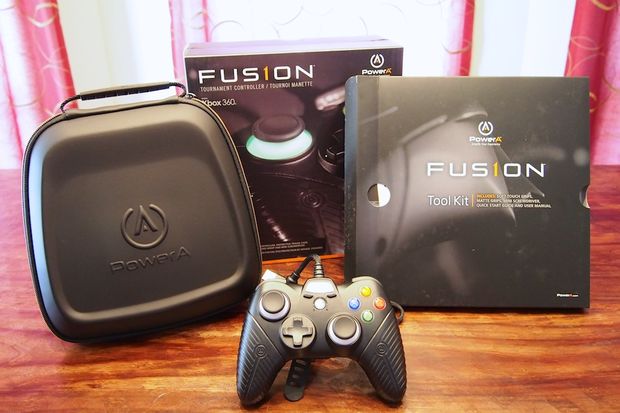 PowerA says that they’ve consulted with a group of professional gamers and have used their best tech and materials to make this premium controller. It certainly looks the part, with its sleek looking design and distinctive analog sticks. The braided cable is 10 feet long and feels like a quality component. The ribbed stock grips also look nice, but feel a bit off in my hands. Thankfully, the grips are changable, and matte and “soft touch” grips are also included, along with a mini screwdriver.  My only design gripe is that the metallic painted brand emblem at the top of the controller seems a bit cheap for the $79.99 asking price.

And while we’re on looks, it should be noted that the FUS1ON also features illumination options. A small button on the back lets you select from five different backlight colors for the analog sticks and face buttons. Off is also an option.

A sharp-looking black and orange accented protective travel case is included for transport. 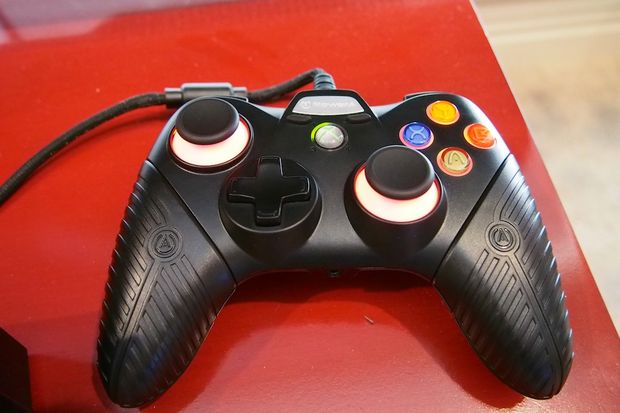 In use, I immediately came to appreciate the FUS1ON’s analog sticks, which are lower and wider than your standard Xbox 360 or PS3 analog sticks. The top of the stick is really wide and almost flat, which made them easier to hold onto in far extremes, like what you might encounter in a racing game. It felt like more of the meat of my thumbs stayed on the top of the stick, making it feel more secure in use. I liked the feel of steering while playing some Forza Horizon, and that’s likely because the action on these sticks are really smooth. I don’t know that I felt more of the claimed precision in shooters, like Call of Duty: Black Ops, but I felt fully capable in aiming and movement, and I definitely noticed the smooth movement. Maybe the difference in throw range made for slightly more accurate feeling aiming, but it’s hard to be sure.

The face buttons are high quality parts that are responsive and sport admirable action. The triggers have a shorter travel distance than you might be used to from a standard Xbox 360 controller, but they worked well in every game I tried them out on. 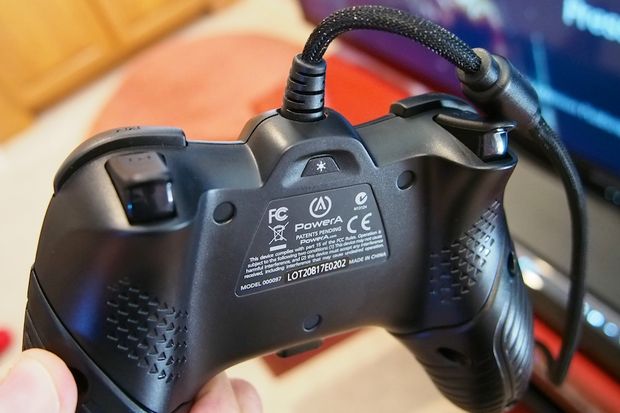 The Xbox Live Arcade release of Dig Dug is notorious for showing d-pad responsiveness weaknesses when it comes to directional changes; with the standard Xbox 360 d-pad it is nearly unplayable. The classic quarter muncher could be played with the FUS1ON, but turns came late, and sudden changes of direction didn’t always register reliably. It’s somewhat stiff action also gave me troubles Street Fighter II HF, as quarter-circle moves were harder to pull off. Forget about half-circle sweeps! The d-pad fared somewhat better in puzzle games like Lumines Live!, where the diagonal directions are rarely used.

For shooters and other games that might be played in a gaming tournament, the FUS1ON should serve well. I could definitely see players taking to the wide, smooth analog sticks. I wouldn’t worry much about the d-pad outside of puzzle games that require its use. For shooters, where the d-pad is assigned to item or menu changes, it should be fully sufficient.

The MSRP of $79.99 is a lot to ask for a controller, even it it is a “pro,” premium option. For anyone considering other controllers to give them an edge in competitive play, try the FUS1ON out. The analog sticks alone may be worth the outlay for you.