While it feels like the PlayStation Portable’s game line-up has gotten better lately, I still rarely find myself giving much attention to the handheld. What’s crazy is, when I do play something on my PSP, it’s more often than not a ridiculously cool title (usually downloadable) that pulls me in for weeks at a time.

I’m talking honest-to-goodness portable games, not scaled down ports of console hits. Quirky games that were somehow miraculously greenlight. Stuff like Acquire’s Holy Invasion of Privacy, Badman!, or What Did I Do to Deserve This, My Lord!?, as it’s unfortunately now called.

The studio’s latest, Patchwork Heroes (One Million Ton Bara Bara in Japan), certainly looks the part. But are the mechanics and story up to snuff? Continue reading for the full review; I think you’ll be pleasantly surprised by this one. 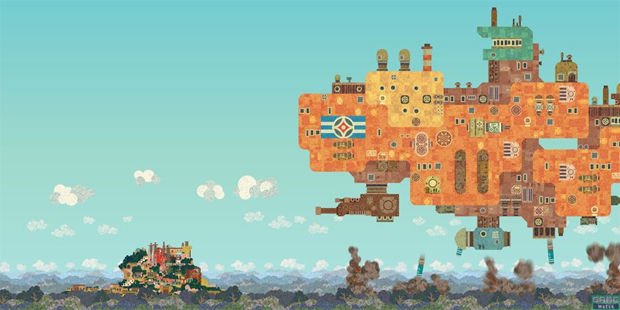 No one can blame you for not being familiar with Patchwork Heroes. The marketing was — how can I put this lightly? — essentially non-existent. It’s understandable, to a point. This game is clearly a product lovingly crafted for Japan, and it was probably seen as somewhat of a risk for the rest of the world, hence the lack of fanfare and cheap price.

In Patchwork Heroes, you play as a fearless young sky captain named Titori. For your village, being attacked by fleets of colossal flying warships is a daily occurrence — naturally, it’s up to you to save the town from complete and utter destruction. Oddly enough, this dark story meshes nicely with the cheerfully-presented world, music, and characters it is attached to.

Armed with nothing more than a saw and the aid of your fellow townsfolk, you’ll land on these gigantic ships and cut them apart piece by piece before they reach your village. It’s hard to describe how Patchwork Heroes plays without mentioning Qix, so I’ll go ahead and do that.

You control Titori from an overhead view and are pretty much free to wander across the level (which is entirely made up of a huge ship) as you please, just so long as you and all of your crew aren’t killed by the ship’s defenses — missile turrets, wandering robots, and the like.

By holding down the O button, Titori will saw; this is where the Qix comparison comes into play. As soon as you cut off a section of the ship, it’ll plummet to the ground. The goal is to do this until you bring the structure down to five percent or so of its original size. Sound familiar? 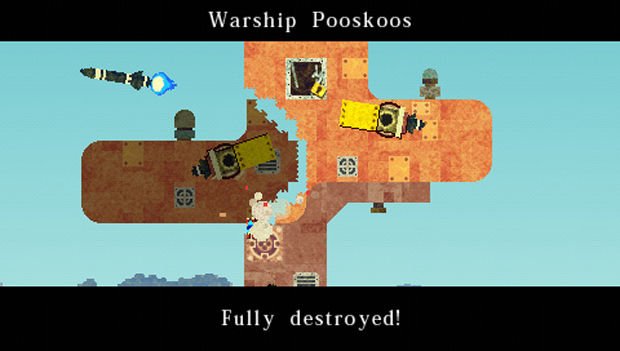 Of course, Patchwork Heroes feels much more modern in control and story (as in, it has one). Plus, it retains that same level of fun without being endlessly frustrating. You can carry up to three villagers with you at a time during battle. Whenever Totori gets touched by an enemy, one member of his team will die — you can get more by rescuing people from cages on the ship. Even though the game can be super difficult at times, this system at least gives you some room for error.

But these guys don’t simply act as a fancy-looking health bar; you can also use them to detonate a single bomb, forfeiting them in the process. Do you keep them as backup or use them to blow up the ship quickly? Sometimes, you don’t have much of a choice — there are certain sections of the ships that are reinforced and cannot be sawed normally. In these scenarios, you either have to use bombs, or Mojo attacks.

What the heck is a Mojo attack? Good question. You gather Mojo through power-ups and by cutting apart the ship’s hull. Once you have enough, you merely hit a button and go into this invincible cutting attack that lets you quickly saw through all surfaces, including the special metal ones. The more Mojo you have, the longer your attack will last. 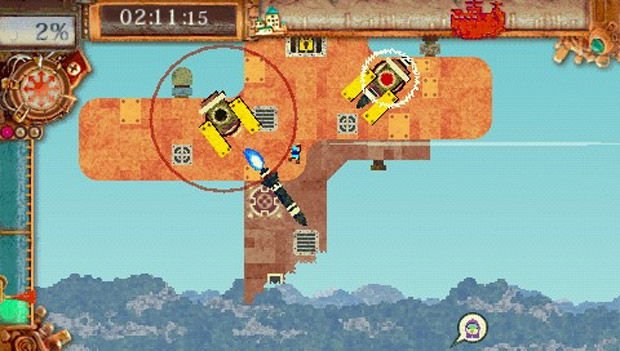 They throw in enemies that can repair holes on the ship in addition to a few other tricks, but that’s really about all there is to Patchwork Heroes in terms of mechanics. It’s a simple, albeit delightfully fun concept that works well. I can see how it might eventually grow tired for some, which is about my only complaint, but personally, it’s remained mostly a blast to play so far.

While many missions ask that you disassemble a ship, some are a little more complicated. For instance, you might be told to leave one part of the ship alone, meaning you have to carefully destroy everything else and can’t play like a complete maniac.

There are 30 story missions, with four difficulty levels attached to each. Going through on Normal took me about 4 hours or so. This was about the perfect length, I’d say. Without giving anything away, just know the story is interesting enough to keep you motivated to see things all the way through. 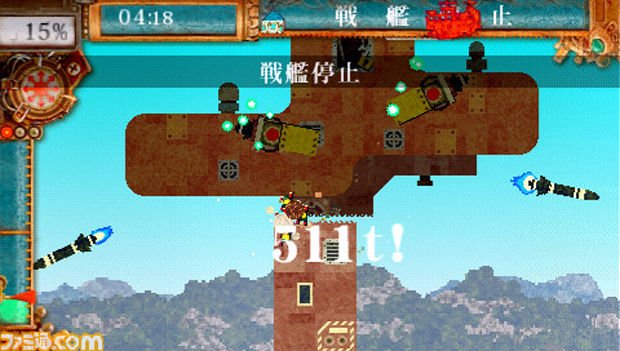 Additionally, there are a bunch of challenge missions. You start with ten levels, and upon completing each one, you unlock a new set of ten. I’m pretty sure there are fifty in all, but I only have the first four sets unlocked — plenty of these are damned tough, even on the easiest setting. All this work, and the game says I’m only at forty percent. Completion is based on playing through on every difficulty and making sure the unique citizens on each level survive the fight to its conclusion.

Unlike the main story stuff, here you’ll have to abide by more taxing rule sets. On some levels, you can’t use the normal cut ability and are forced to use only bombs and Mojo attacks; on others, you have to saw a ship exactly in half or need to get rid of every enemy without trimming off too much of the hull. These challenge levels are a great change of pace and bring in a level of hardcore difficulty not necessarily found in the story side of Patchwork Heroes.

All in all, Patchwork Heroes is a must-download. The price is oh so right, the presentation is simply marvelous, and the mechanics are interesting and, more importantly, loads of fun. There’s not much else like the game out there; it’d be a mistake to pass on something this original and offbeat. Do yourself a favor and queue up the download from PlayStation Network right now.