I love laptops. They are great for LANs, they allow me to play games on trains and planes, and most importantly, they don’t weigh 80 trillion pounds.

Sadly, laptops are almost always worse than desktops in terms of raw power. What they gain in portability, they lose in cost versus performance, which is especially a problem when it comes to high-end gaming. This is compounded by the fact that, unlike desktops, laptops are exceptionally hard to build for the average consumer. Enter the custom laptop manufacturer.

I spent the past week and a half putting the latest 15″ laptop from Origin to the test. It’s equipped with the brand new Intel Ivy Bridge chip, as well as the Nvidia GTX 675M. On paper, this laptop is easily the most powerful one I’ve used, but how well does it perform in the real world? 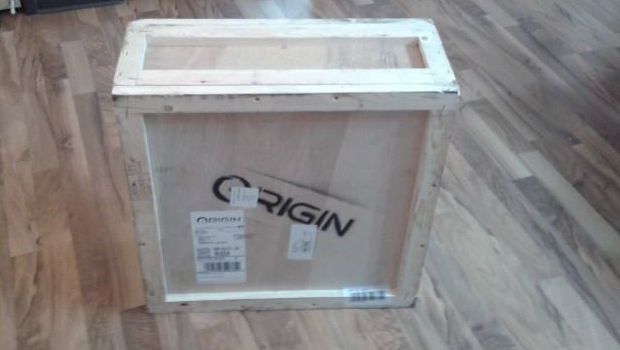 Origin (not to be confused with EA’s digital distribution platform), allows the customer to customize their laptop with quite a bit of freedom. They also offer higher-end hardware than you can usually find with mainstream manufacturers (e.g., Asus, Acer, Dell). Having only ever used mainstream laptops myself, I was eager to see what the custom crowd could conjure.

When the EON first arrived at my apartment, the people at the office asked if I had recently ordered the Ark of the Covenant. Arriving in a 30lb wooden crate, it was more than a little ostentatious. I found a crowbar and busted it open, Gordon Freeman-style. Inside, there was a t-shirt, a poster, the largest power brick I’ve ever seen, and a stunningly light laptop.

The first thing I noticed was how solid the computer felt in my hand. The lower portion of the case didn’t squeak or visibly strain with pressure. The lid did flex a small bit, but I also had an older top — shown on the left side of the image below. I cannot vouch for the build quality of the new lid. 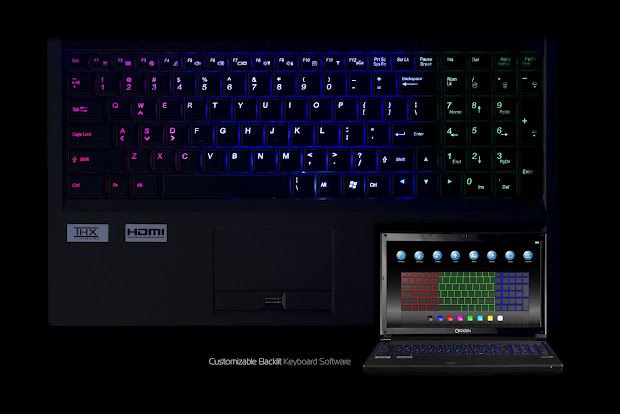 From a design perspective, the computer is very quiet. It’s subtle and calm. A stark contrast with Alienware and the Asus G73 line. The darker colors of the chassis and the default deep blue of the keyboard backlights is remarkably calming and works to hide the ridiculous power held inside.

Upon closer examination, there were a couple of slight problems. There are a lot of crevices, for example, which isn’t very conducive for cleaning the machine. The speaker grill will be awful for long-term maintenance, and the lack of a “chiclet,” aka “island”-style keyboard doesn’t exactly fill me with joy either. I will openly admit, though, that the degree to which these things would bother someone depend very much on how anal you are. I, for example, take razor blades and clean the cracks on the edges of game pads and controllers. So take what I just said with a mountain of salt.

When I actually started up the machine and got everything set-up, my first thought was to download and test Furmark. It’s an absolutely brutal GPU test that has caused the death of quite a few cards — great for testing your system’s power and heat management. The EON did splendidly and after 30 minutes it was sitting at a balmy 85 degrees centigrade. I’ve only ever seen a handful of laptops that could actually survive the full 15-minute standard benchmark, much less hold a stable temperature below 100 degrees. Needless to say, I was thoroughly impressed. 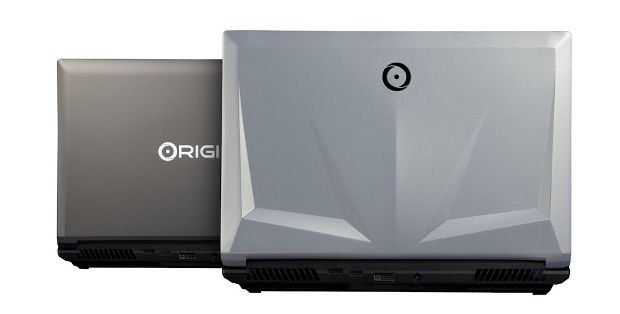 Encouraged by the first batch of results, I turned to 3DMark 2011 for my second battery of tests. This proved especially useful because the machine came with a paper detailing all of the QA tests the team at Origin ran before they sent it off, giving me a chance to make sure they weren’t trying to pull a fast one. The provided score was P3809 running the standard performance tests and my own runs all landed with in five points of that. So it definitely performed pretty consistently and on the extreme upper end of what most laptop users could expect, though it’s still quite a bit less than moderately powered gaming laptop.

This is all well and good, and probably pleases the PC-playing patricians amongst our patrons, but what ultimately matters is the games. While I would like to create a nice-looking table filled with very detailed results pulled from console commands and Fraps, what matters is this — every game I tried ran at a silky smooth sixty frames. Portal 2, Skyrim, StarCraft 2, Crysis 2, Mass Effect 3, and yes, even Minecraft all ran at max settings for hours on end without dropping a frame or heating up too much.

Trying to push the hardware a little harder, I ran a Blu-ray movie and two 1080p .mkvs in addition to all of the games above with pretty much the same result. Beyond the fantastic performance, the screen itself is gorgeous. The EON is fantastically bright with great contrast and color accuracy. It helps create a fantastic visual platform for playing games overall. 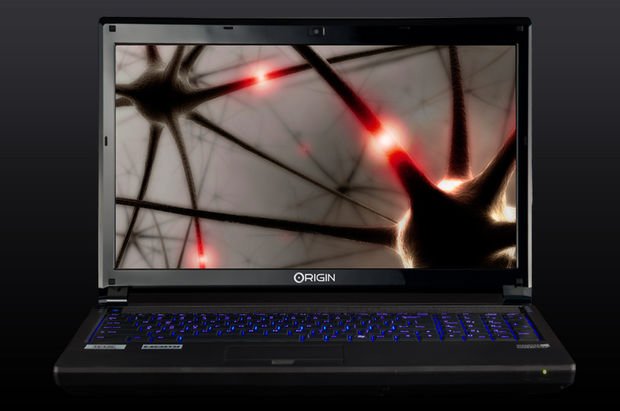 The astute will notice I qualified that last sentence with “visual.” Indeed, the only real failing of the EON is audio output. Now I realize that no laptop speakers will ever really deliver the best audio experience around, but there have been some pretty great entries in the past. Notably, the aforementioned Asus G73. This is something I tend to expect, though, so I’m never too disappointed. What did cause a problem, however, was the lackluster performance of the sound card.

While far from the worst I’ve ever heard, the EON’s auditory prowess simply isn’t in the same league as the rest of the machine. Performance is inconsistent. After spending about 30 minutes configuring every conceivable setting, running output through an equalizer (first software and then hardware), I managed to get everything sounding pretty alright. Still, it was an awful lot of work to reach “normal.” The one key exception to this short diatribe is the optical output, which was prismatic.

The keyboard and trackpad also hold up pretty well. The keyboard layout is nice, and it includes a numpad for those that are really picky about that kind of thing in 15″ models. The touch pad has a nice texture that is neither too slick or too rough. It definitely feels like it would stand the test of time, but I didn’t have two years with it, so I can’t make any guarantees.

The build that I tested runs for $2530. For that price, the EON is definitely competitive. That said, the market for custom-built gaming laptops isn’t enormous, and many probably wouldn’t even consider getting anything but a desktop. If you’re a PC gamer on the go, and you’re looking for a very solid piece of hardware to take to college or LANs, then it’s worth a look.