As I’m sure everyone who is familiar with my previous work on Destructoid is already well aware, I have a thing for portable electronics and laptops in particular. Last week, I was able to put Origin’s new 11-inch “netbook” through its paces.

I played some games on a plane, typed up quite a few of the articles I put out on the front page, and basically used it as my primary computer for the week. It was a fun test that included a lot of real-world applications for something that is, ostensibly, a mid-high gaming laptop crammed into an 11-inch chassis.

Like the previous Origin laptop, this thing came in a wooden crate resembling something straight out of Indiana Jones. Inside there was a t-shirt, poster, cover, a bit of software, an external Blu-ray drive, and, of course, the tiny machine itself. 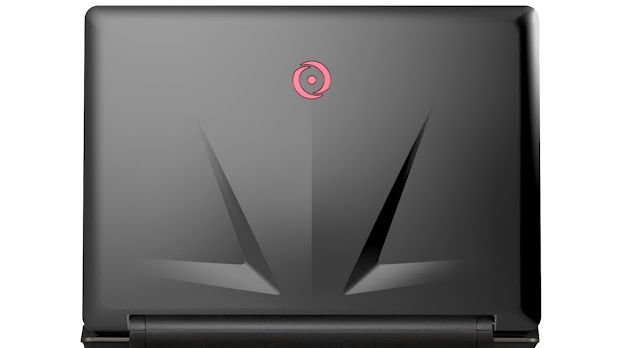 The EON 11-S‘ build quality is fantastic. The whole case has the no-slip textured surface that feels really nice to the touch, rather than feeling cheap. The chassis is made of really sturdy plastic that is resistant to force and pressure. No part of the frame flexed or bent when I pressed on it. There’s also a nice weight to it; not so light that it feels like you’re holding air, but not so heavy that it loses utility.

The touchpad feels great, while the buttons themselves are nice and responsive. It isn’t overly sensitive, nor is it a pad that will have you dragging your finger across the whole surface three or four times just to get the cursor to move across the screen.

The keyboard feels nice as well, though, as one might expect, it is a little cramped. The only real disappointment I had with the machine in terms of basic usability was the lack of a backlit keyboard. While by no means critical, it is a luxury that I have grown very much accustomed to, and given that most machines at this price level come equipped with backlit keys, it is a tad disappointing that they aren’t present in this machine. 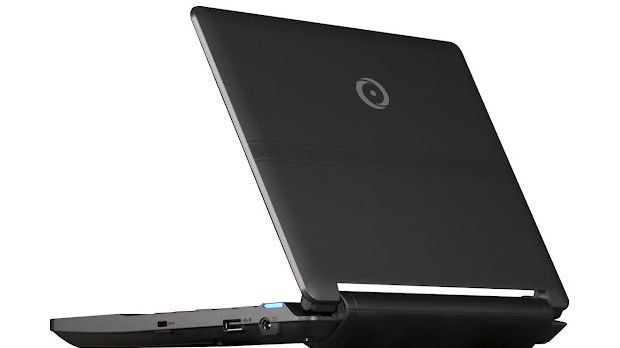 Sporting an Ivy Bridge i5 clocked at 2.5 Ghz, 8GB of RAM, a 750GB HDD, and an NVIDIA GT 650M with 2GB of VRAM, this pint-sized portable is a powerhouse. Then again, looking at those specs, I was concerned with the unit’s battery life. Part of the reason that netbooks are such practical options is that the specs are kept low specifically to maximize the longevity of the limited power they have.

To be sure, when running Deus Ex: Human Revolution at maximum settings, the battery was emptying at a rate of about 0.5% per minute. That’s quite a bit better than most gaming notebooks we are used to seeing, but it won’t survive a full cross-country plane ride. It does, however, give you a fantastic distraction from the creepy guy who’s trying to chat you up and the crying baby in the next aisle.

If you’re mostly just running productivity software, however, then you’ll definitely be set for all but the longest of plane rides. When you’re on battery and aren’t running any graphically intense applications, NVIDIA Optimus dynamically switches to the integrated GPU, saving metric assloads of power. Seriously, this stuff is ridiculous. With full screen brightness, I was able to write for an entire hour using less than 10%. Granted, most of the time you won’t be able to eek out quite that much, but you won’t be running to the nearest outlet every five seconds, either.

During the chaos of E3, for example, my Galaxy Nexus’ battery was being routinely slammed by the awful cell phone reception, endless tethering, staff emails, and our regular “Hey, anyone up for grabbing some beers?” Thankfully, the EON 11-S has an always-on USB port. I could actually charge my phone with the tiny netbook resting in my messenger bag, pop the computer open, take some notes at appointments, and go about my business. Not only that, but I could do this all day on a single charge.

The sheer utility of this thing is incredible: a netbook fast enough to keep up with the big boys, sturdy enough to take a few hits, and versatile enough to be useful to almost anyone. Hell, even the Great Conrad Zimmerman used the thing to get a quick charge at one of the after parties. 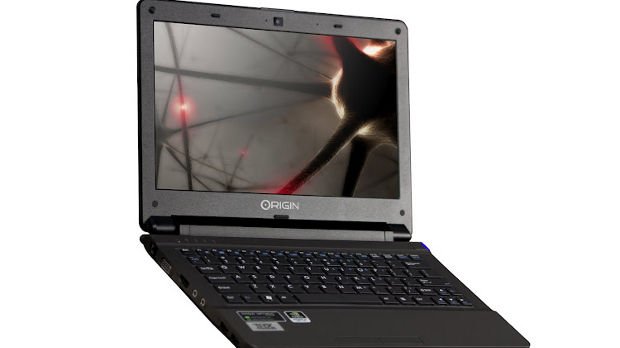 In terms of actual power, the EON’s general 3DMark score was P3844 with graphics, physics, and combined subscores of 3552, 7470, and 3453, respectively. This clearly demonstrates that the workhorse here is the processor. As such, it excels beyond what one might expect in any game or program that taxes the CPU.

I thought that a fair portion of people who would play games on this thing would be doing so with a larger monitor. I used a standard 1920×1080 ASUS screen. Skyrim ran fairly well with 60-second averages (as measured using Fraps) ranging from 42 to 56 frames per second, never dropping below 28 frames per second. I had shadows, textures, and radial blur all at max with 8x AA and 16x anisotropic filtering. Keep in mind that I was also running with over 70 mods, including extreme distance mods, better textures, better shadows, and the like.

The strongest case that can be made for the EON 11-S is its sheer utility. I went into last week a skeptic of the high-powered, 11-inch netbook, and I came out very satisfied. This is one of the few pieces I’ve reviewed that I would absolutely purchase for myself. It’s fantastic all around and I truly believe this deserves our Editor’s Choice Award.