Are you an on-the-go console gamer? If so, taking your gaming rig with you usually requires a television to be waiting at your destination, which is not ideal. While bringing a smaller television or monitor with you could be a slightly more manageable solution, there are still issues with power supply and portability.

What if there were an ultra-slim, highly portable LCD gaming monitor that ran on its own internal battery power? 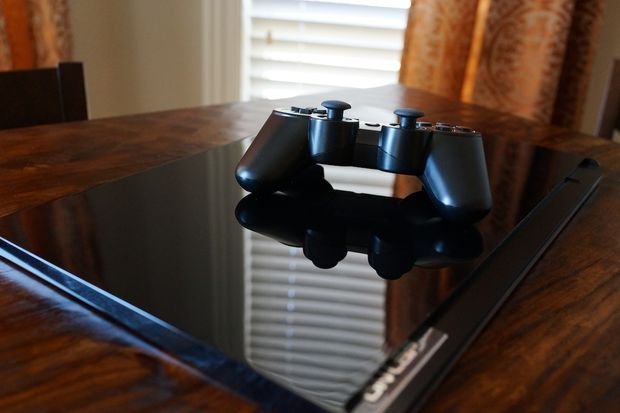 The GeChic On-Lap 2501M portable LCD monitor is exactly that. It’s a 15.6″ LCD that weighs just over 2.5 lbs, with an internal battery that lets you charge it up and take it with you. As far as connectivity goes, you’ll find HDMI, VGA, and MHL video ports on its slim side, as well as power and headphone jacks. It even comes with a screen cover that doubles as a stand. It’s a really unique solution that traveling gamers should check out.

The various slimline ports on the right edge of the unit let you plug in just about anything you can game on, including consoles (via HDMI), computers (HDMI or VGA), or tablets and phones (MHL port). 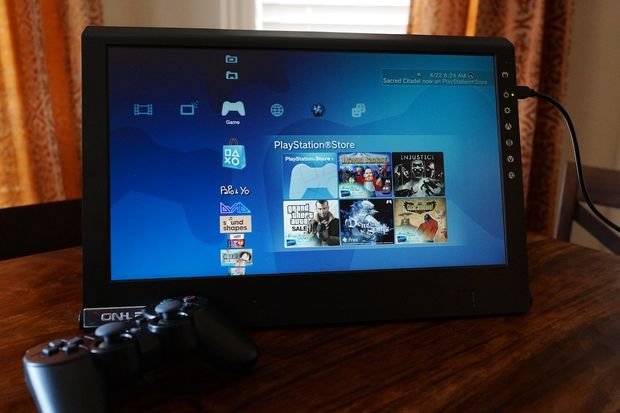 To truly test out how the monitor would make for a portable gaming solution, I threw it and the new slim PS3 into a bag and went elsewhere. The combo fit in a standard backpack with no issues, and the combined weight of the two was so light it felt like I was missing something I’d need. At my destination only one power plug was needed for the PS3. The included cable connected the HDMI port of the PS3 to a micro HDMI input on the monitor’s side. It couldn’t be easier.

The On-Lap display does 720p no problem, as it runs at 1366 x 768. The screen itself is matte, making it easy on the reflections, though it’s a TFT panel, so viewing angles won’t serve more than two players sitting dead on. The colors or contrast ration (400:1) won’t blow anyone away, but the images I saw in testing were sufficient and pleasantly clean. I also liked that glare was never an issue.

What it lacks in color depth it makes up for in response time. Testing it with puzzle and fighting games I found that the monitor holds its own against the best in my arsenal, the Asus VH236H, one of the fastest and most recommended gaming monitors available. GeChic claims 8ms typical and 16ms max. I have no tools to test display lag other than my gamer instincts, but I will say that I don’t think it hits those numbers. It’s definitely not as fast as my Asus, but it’s better than any television I own. Trying out some highly sensitive games, like PS1 rhythm game classic UmJammer Lammy, I was impressed with how much better I was faring on the monitor than I could on the HDTV in my office. I managed to reach rockin’ “cool” status in no time flat. 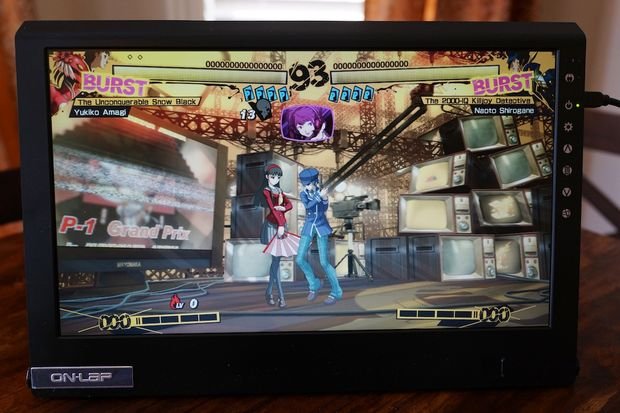 The internal battery must be huge because it lasts for a very long time. I originally planned to time it, but eventually lost track of time. You know a device has good battery life when you forget you were timing its battery! I’d say expecting a full day of play is reasonable. Another plus is that, switched off, this monitor holds a charge for a very long time. And if the extra long battery does run out, the small and light 5V power brick allows for direct powering. It’s also chargeable via USB, meaning you could plug it directly into your Xbox 360 or PS3 for charging.

The 2501M does have internal speakers that put out sound from two rear grilles, but they’re small, so there’s no low end response. They’re plenty loud, though, and will do the trick in a pinch. You’d do better to bring along some earbuds and use the device’s headphone port. 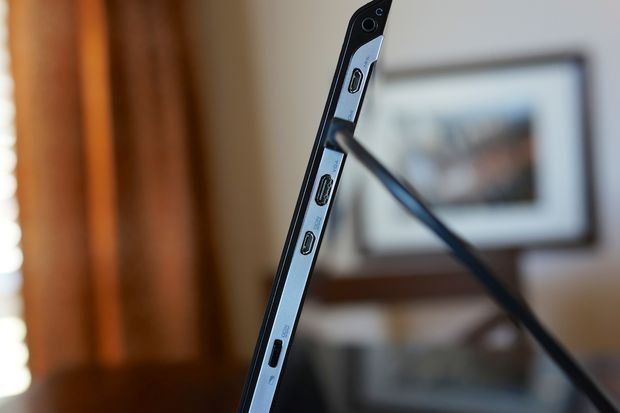 This monitor is useful beyond console gaming applications, too. You could flip it out on your desk and use it as a small second monitor with its VGA port. If you own Android devices, the 2501M will accept connection over the included MHL video cable for gaming or video viewing. There’s even an included smartphone holder that lets you clip your device to the screen.

Before I started testing the On-Lap 2501M I found myself questioning the need for such a device. I honestly don’t see your computing road warrior or typical tablet/mobile user needing one. But now that I’ve put one through its paces, I can easily see the monitor fitting into a traveling console gamer’s life. Its light and highly portable form factor, great battery life, and wealth of connectivity make for a unique display solution, and in the right context it could be worth the $249 asking price. If you’ve ever felt the need to take a display with you for gaming, definitely check this one out.