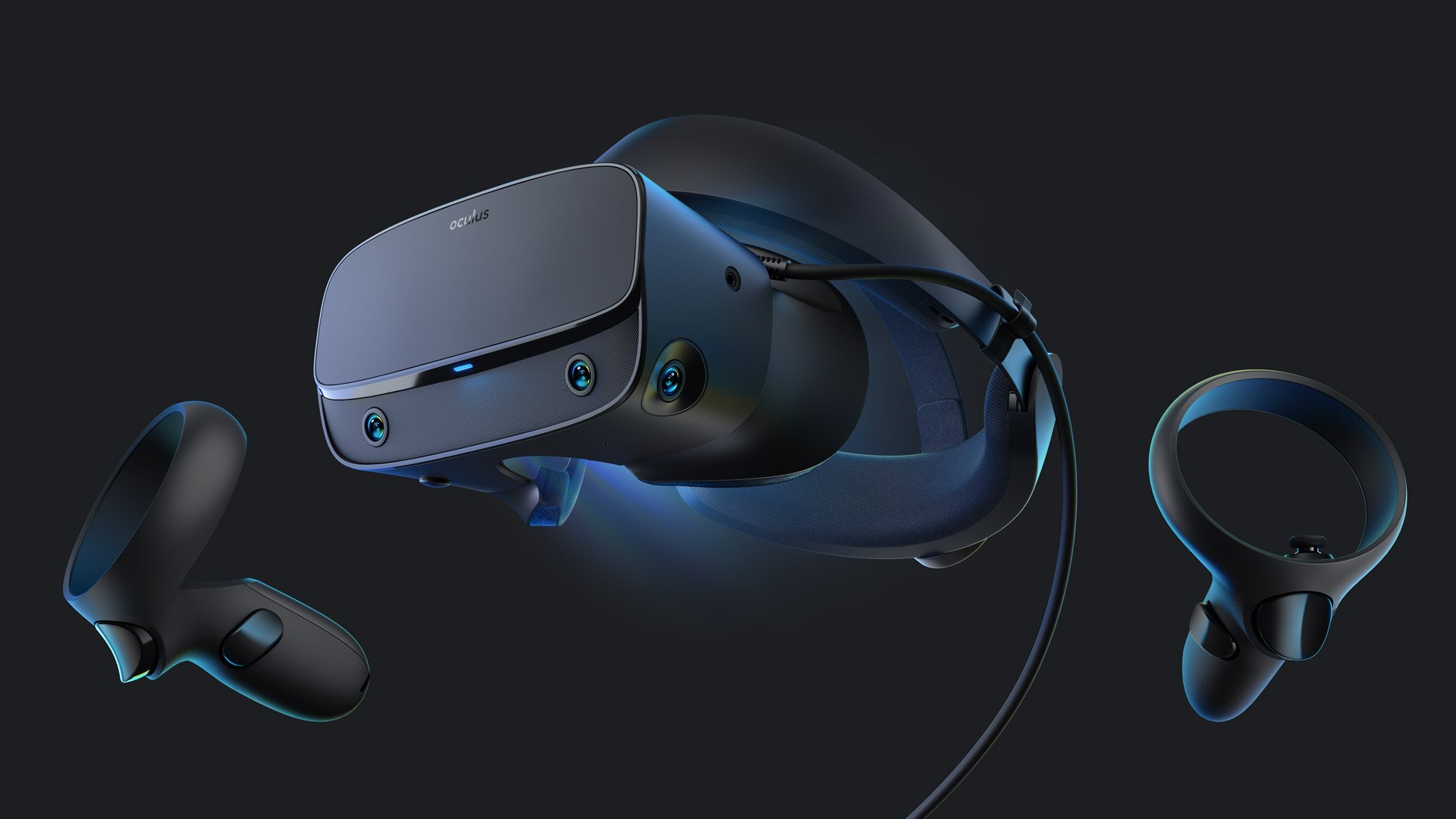 Plenty of other corporations have caught on to the fact that VR is en vogue when it comes to investors and startups, like Sony, Valve, Google, and even HP. It’s far from the “HTC versus Oculus” landscape that began in 2016, and they cannot stop innovating if they wish to stay relevant.

While the Oculus Rift S is more of a step up than an entirely new product (leave that Herculean task to the Quest), it continues to dictate why Oculus is one of the most consistent players in the VR business today. 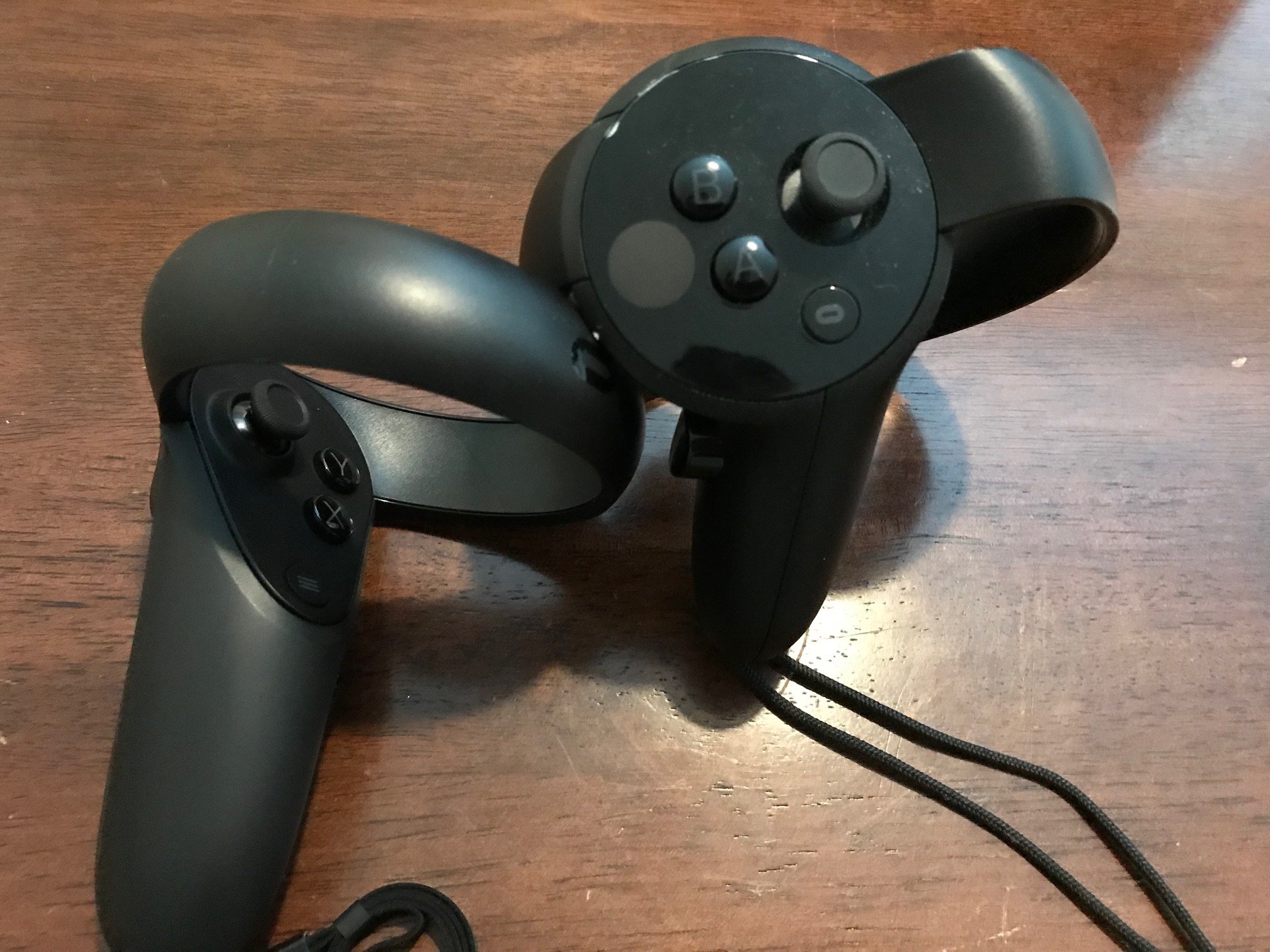 As I crawled through the mire and muck of cables unplugging my last Oculus Rift headset, I was fairly amazed at the simplicity of the S: two cables. Yep, two cables with no sensors. And hot damn was it mucky! I had a 20-foot extender cable wrapped around a giant serpent of wires that took me 30 minutes to clear out.

Given that I’ve had a VR headset plugged into my PC 24/7 for the past three years, this makes things a lot easier. Previously, my setup involved three sensor stands (two works but three was optimal) all taking up USB slots, a USB slot for the old Rift, and an HDMI slot. Now, you just need one DisplayPort and one USB 3.0. Witnessing better-looking VR with a painless setup (less painful than anything I’ve ever used before, including the PSVR) was a joy. As always, it pays to wait if you’re on the fence. Out of the box, it took me around 15 minutes to get into VR, and I can’t stress enough how pretty much anyone, even those who aren’t tech savvy, can plug in those two cables, update the firmware, and be on their way.

Okay let’s get technical. The Rift S sports upgraded (Fresnel) lenses, which reduce the age-old screen-door effect and god rays: in my experience, that has been an accurate claim. It sports five tracking sensors on the actual headset, which work wonderfully (especially in tandem with the “Guardian” system, which allows you to draw a line where your play space is, to warn you when you’re going to run into a wall) now that they’re baked-in.

There’s also a new headband (which Oculus claims is “more comfortable” but is roughly the same on my end, even with the PSVR-esque halo design), and positional audio. As a sidebar I actually do miss the baked-in headphones of the original Rift as they were louder, thus blocking out more outside sound, but you can use your own tech with the S with a standard 3.5mm jack. The S is 563 grams (a fancy way of saying 1.2 pounds), packs a resolution of 2560×1440 with an 80hz refresh rate (down from 90), and a cable length of five meters (16 feet). Here are your takeaways: performance-wise everything looks a little better and it’s self-sufficient once it’s tethered to your gaming PC. Now let’s unpack all that and see if it’s worth 400 bucks.

As I hinted at earlier, setup is a dream, which spills over to a general sense of easier day-to-day use. Two wires are less of a chore to move around, unplug, and manage, especially if you need to use your singular DisplayPort input for something else (I tested direct DP and the included Mini DisplayPort adapter, but as for an HDMI converter connection, Oculus warns that they are not officially supported). For the past several years I dreaded having to move the Rift anywhere but now that fear is gone: next stop, tethers. During my tests I didn’t have any major issues with the sensors – they work just as well as the pedestal sensors, if not better, as you don’t need a finicky third unit behind you to get better room-scale support. Passthrough tech allows you to view the room around you (for easier setup and re-calibration) like the Vive did. Don’t kick the cat!

It also ships with the new Oculus Touch remotes. Take a look at the image above: the new one is on the left (you can easily tell because the analog stick is on the inside) and the old model is on the right. It’s hard to get used to, especially given that the original Touches slowly became my favorite current controller, but the finger sensors (which allow you to point, or close your entire fist for certain interacts) feel more responsive and the Touch still rocks.

As for how games look, think of the PS4 Pro or the Xbox One X versus the premiere iterations of those consoles: it’s “more than marginal” but not a generational leap. How much that’s worth is up to you. To date, a lot of the killer apps (like Beat Saber) are not graphically intensive, and brighter hues probably aren’t going to make you race to drop $400 on the Rift S. But so-called “AAA” VR titles like Robo Recall (one of my “must-plays”) do look new and improved, as does Rez Infinite and several other heavy-hitters. It’s either an enthusiast upgrade (the same folks who buy the new iteration of a console) or a perfect new way to slide into the Rift (after all, the original units are going, going, already gone, so this is the flagship SKU from today on).

And that really sums up the Rift S, because I spoke at length about the joyous shock of experiencing modern VR when 1.0 hit and how it was worth getting one then. If you already bought into Oculus with the Rift, you probably don’t need to run out and get the S. In fact, while just as impressive fundamentally as the original was, it’s still a tethered headset, so it isn’t going to change a lot of people’s minds if that’s a dealbreaker.

For everyone else, now is still a fine time to jump into VR with Oculus.