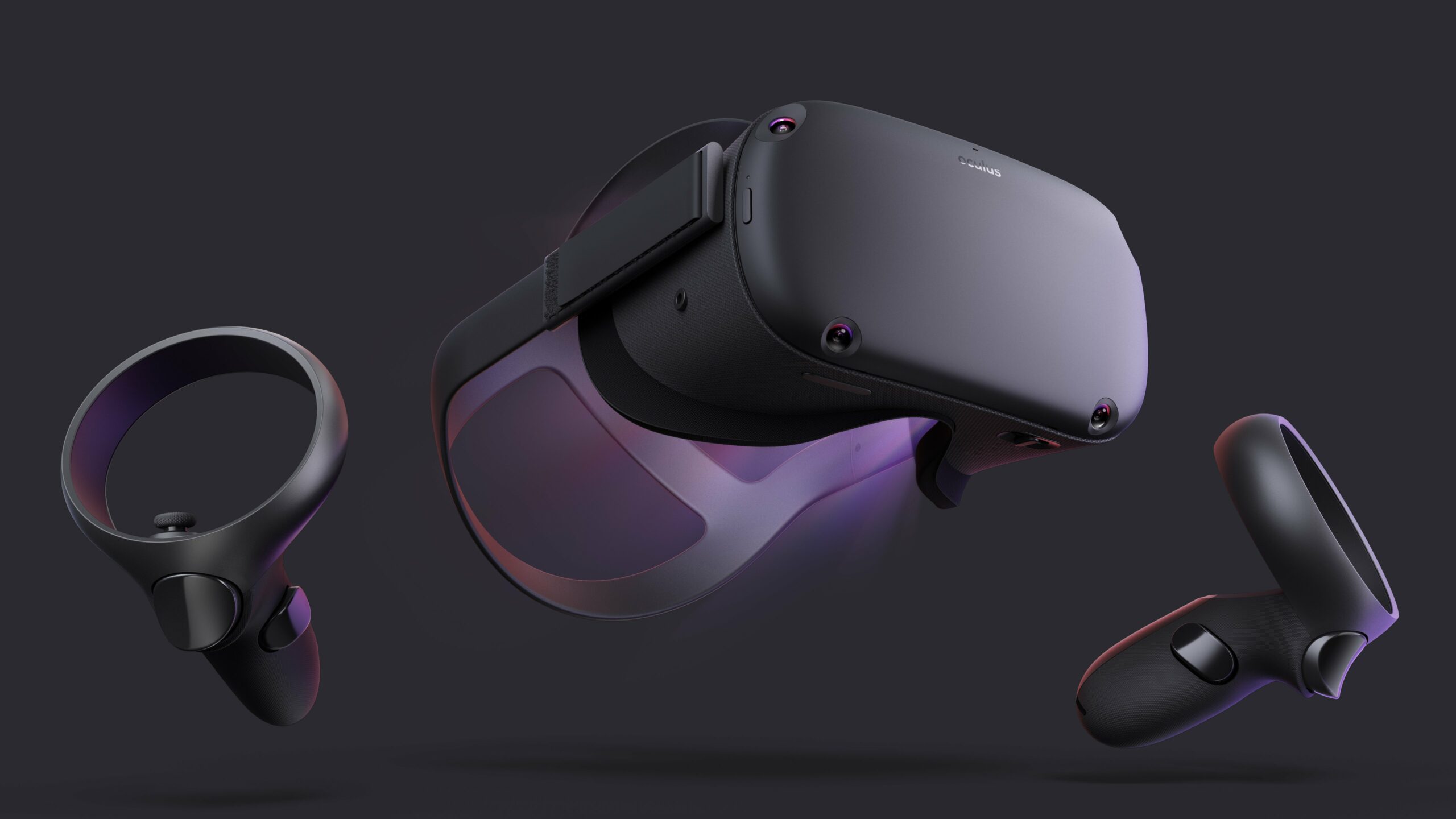 Over the past three years or so I’ve spoken to countless VR developers who have nearly all said the same thing: “tetherless VR will be a major factor when it comes to consumer adoption in the future.” Zero Latency even figured out a way around it with a recreational model that straps a gaming PC to your back for full room-scale action, but naturally that same type of tech isn’t exactly viable in-home.

The Oculus Quest, while not a PC per se, is the first step in that journey, and it’s worth taking now. 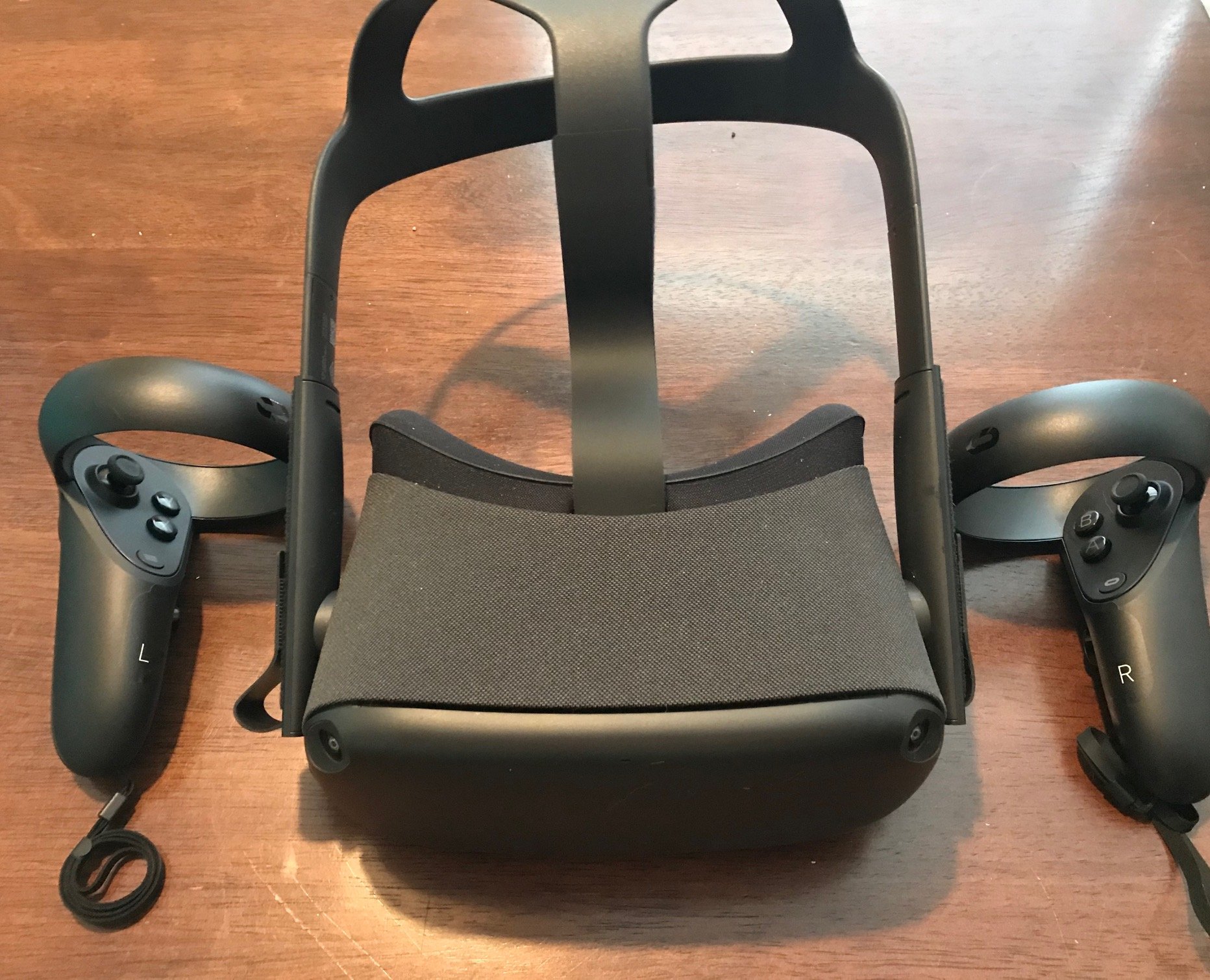 From ripping open the box to viewing menus in VR, Quest setup took me around 10 minutes total. Basically if you have the smartphone app and you’re already logged in, you just hit “setup Oculus Quest,” turn it on, enter the sync code, then wait a few minutes for the firmware to update: done. It was one of the least painful experiences I’ve ever had with a new piece of tech.

Like the Go, from there on the Quest is entirely self-sufficient, with no need for a gaming PC to connect it to. The battery life of roughly two hours for heavy use (read: games), or three hours for general browsing, is your only limitation. The headset is 563 grams (1.2 pounds), so it’s extremely light. It packs an OLED 1440×1600 per-eye display, a 72hz refresh rate (8hz shy of the fully-featured Oculus Rift S), built-in audio (with an optional 3.5mm headphone jack), and an overclocked Qualcomm Snapdragon 835 processor. As smartphones become more and more ubiquitous with PCs, it packs quite a punch given that the entire unit is untethered.

The big revelation is that this is the bridge between a purely mobile-centric VR device and a full-on PC-led VR headset. It sports two Oculus Touch remotes (the 2.0 version) out of the box, a huge step up from most portable headsets, which ship with a small TV-remote style clicker. You can boot up Superhot VR, grab the remotes which mimic arms/guns, walk around in real time, and have at it. This is a legit modern VR device.

Like the Rift S, the Quest has baked-in Passthrough and Guardian support to allow you to safely create a play space (you can play stationary too if you want). Using inverse cameras that allow you to see the real world around you, you draw a “safe zone” wherever you plan on using the Quest: approaching the edge of that zone will bring up red wireframe warnings that basically let you know “hey, you’re about to slam into your couch you idiot.” Oculus recommends “6.5 feet x 6.5 feet of obstruction-free floor space” for optimal use, but you can make it work with much less than that. The more the better though (go outside if you have to, looking stupid be damned, though Oculus doesn’t recommend it as the sunlight can interfere with the Quest sensors), as walking around freely in a giant space only makes the Quest that much more impressive.

The Quest has become my new go-to for popping into VR (with the Rift S coming in a close second now that the bulky sensors of Rift 1.0 are eliminated). It’s easy to put on and instantly dig into, especially for quick Superhot VR sessions, Beat Saber workouts, or I Expect You to Die speedruns. It’s also my new “hey want to try VR?” device for when people come over. As I’ve anecdotally shared many times for the past three years, every single person I’ve shown VR to loves it, they just don’t necessarily want to spend the money on it. Welcome to every VR  marketing team’s personal hell.

The only thing holding the Quest back, in theory, is support. Oculus curates its own marketplace, and developers have to make content for it. Not every Oculus Rift title is available on the Quest, because it requires studios to port games to it, or in some cases, contract out other companies to do it for them. Right now the Quest boasts a lot of the “greatest hits” of VR, like the ever-popular Beat Saber, the aforementioned Superhot VR and Robo Recall, with around 50 launch titles in all. Vader Immortal, an episodic lightsaber battle series set in the Star Wars universe, as well as the multiplayer arena shooter Dead and Buried II, are also Quest-bound later this month. 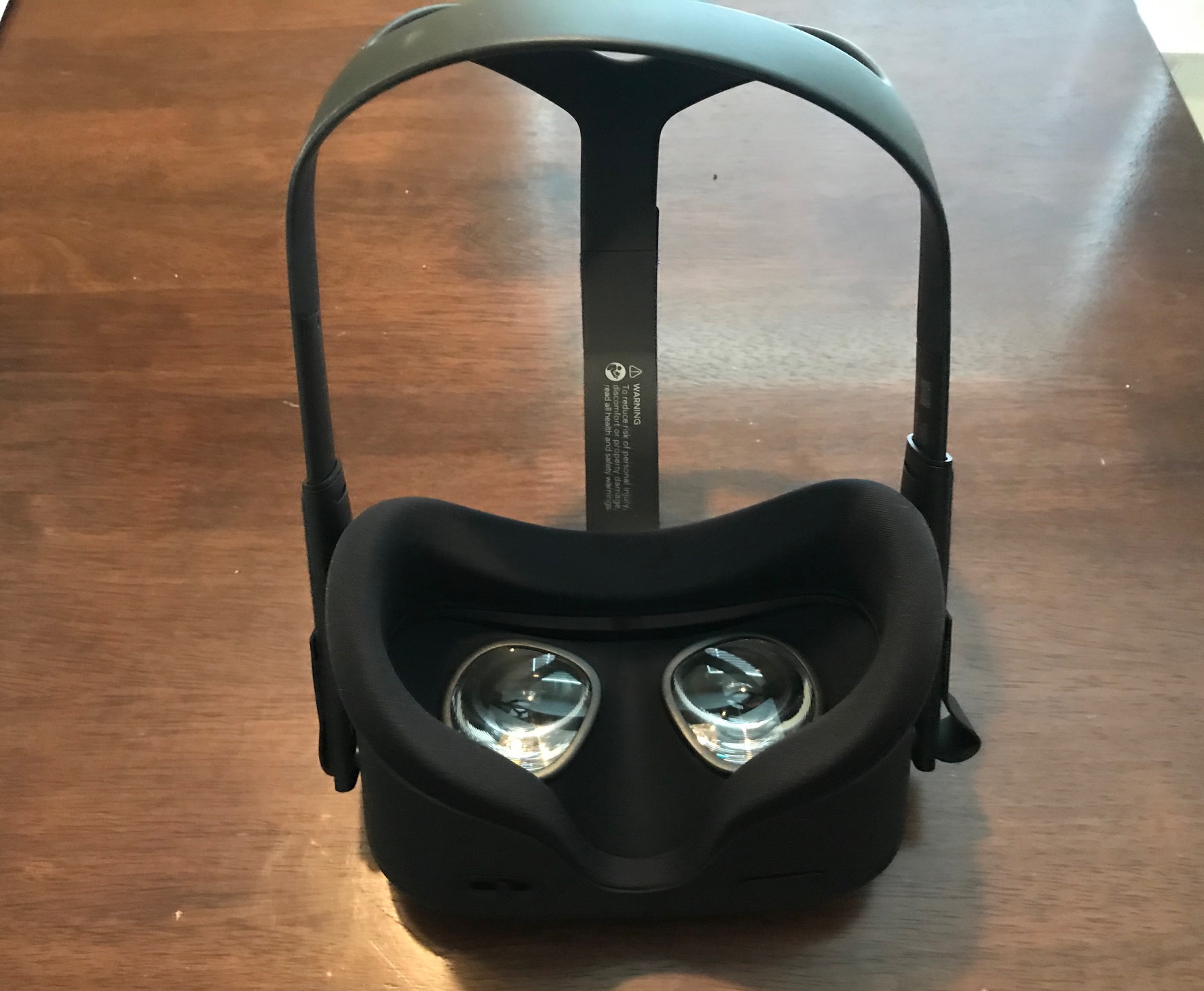 Having actual games is important, and at this point, with three years under its belt, the Oculus marketplace has more than proven itself. Facebook threw a ton of money into supporting third-party studios and did plenty of first-party legwork to get the store to the point it is today. Not including all the apps that are worth spending entire days on like Wander, there’s plenty to do even this early on in the Quest’s lifecycle.

None of it feels like a pure downgrade either. Part of that is because of the selective process: certain high-end games probably aren’t ever going to grace the Quest, and that’s fine. It’s very much akin to getting lossless, smooth Switch ports of PS4 and Xbox One projects. So far I haven’t seen anything below that quality bar on the Quest.

As Valve readies its $1000 high-end Index VR package and Oculus pivots to the Quest, the lines in the VR sand are drawn. Do people want high-end PC gaming VR with myriad dongles and system requirements or lower-powered painless experiences? No analyst has been able to predict the VR industry with absolute certainty, and that’s part of what makes it so exciting. The future is unclear, but right now, the Quest offers something entirely new and freeing.