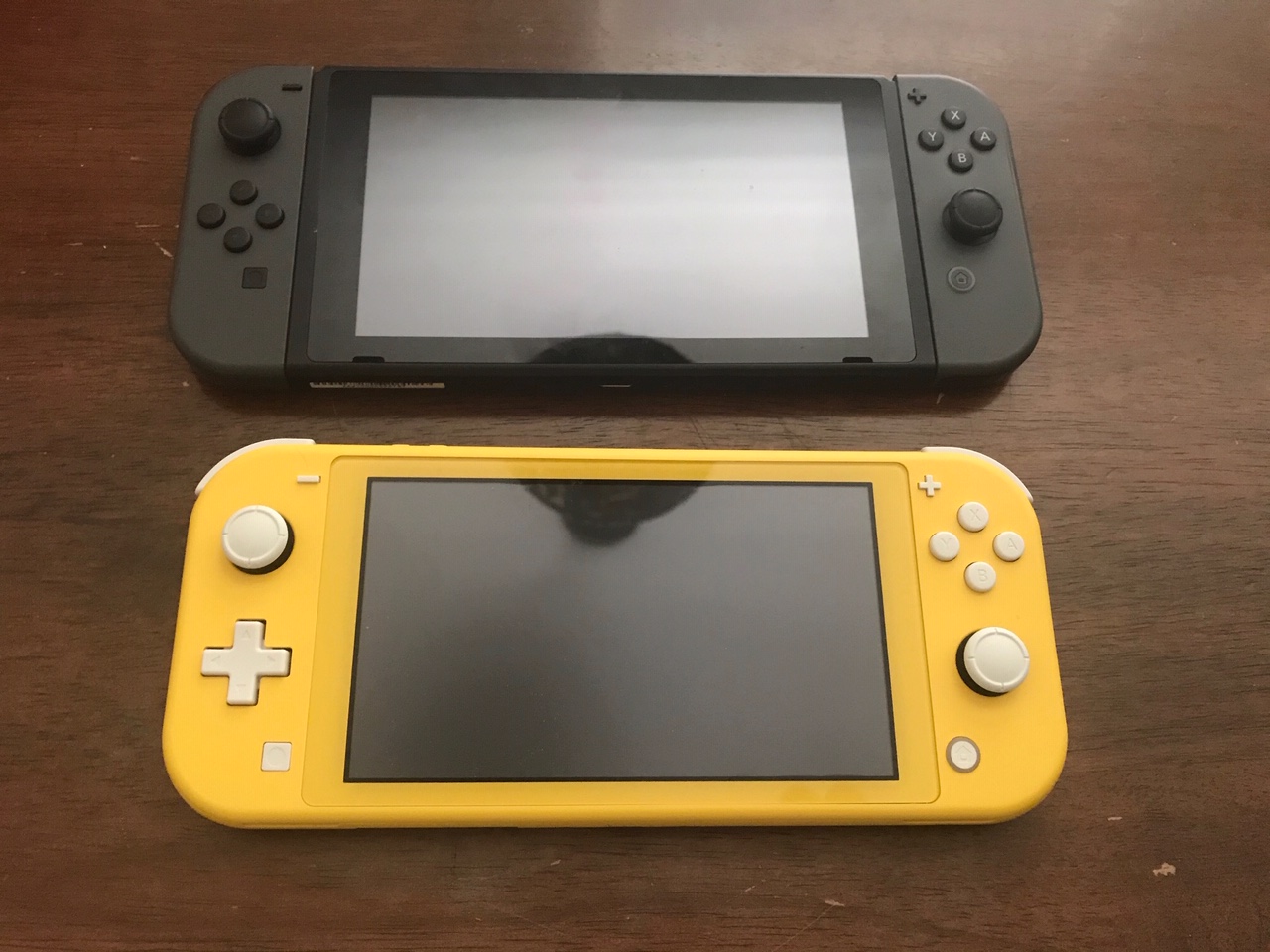 The list of excuses to not get a Switch is dwindling

Nintendo is the crown prince of hardware iterations.

While the Game Boy blew up the handheld market by merely existing, Nintendo didn’t rest on their laurels, divining a full color follow-up on top of numerous sidegrades like the Game Boy Pocket and the elusive Light.

Because of how fun all of these different models are, I have a handheld problem. Now, it’s a very good problem to have! And when I heard that Nintendo was manufacturing a portable-only version of the Switch, I had to try it out for myself.

The Switch Lite currently comes in three colors (turquoise, yellow, grey) with a baked-in 32GB capacity, and the whole package itself (as in, the retail box) is surprisingly light! The new screen is 5.5 inches (still 720p), a slight alteration from the original model’s 6.2, and Nintendo claims that both the low and high end of the Lite’s battery life reaches three to seven hours respectively (up from 2.5 and 6.5 with the original Switch). Other than the Switch all you get is a single power adapter. Remember: there’s no Joy-Con, as the controls are incorporated into the Lite itself.

If you already own a Switch, the process to add the Lite on to your suite of system is relatively painless and took me about 15 minutes, accounting for time to update. Just note that you get one “primary” system: the rest (non-primary) need to connect to the internet to authenticate licenses. You can avoid this with physical copies of games, or by deactivating the primary before a vacation and logging into your Lite, which will make it the new primary. You can read about the nuances of the limitations here, but so far it’s been mostly painless as an existing Switch user.

I really can’t stress enough how light this system is. Sure it’s technically only a small “upgrade,” clocking in at .61 pounds compared to the .88 of the original (with Joy-Con attached), which isn’t that significant in terms of raw numbers, but it’s insane how weightless it is. Whereas the original Switch could feel bulky over time (or snug in my pocket) the Lite is like a true portable system, which is naturally the entire point.

I’ve seen some people making a fuss of the slightly smaller screen, but that concern fades away after actually popping a game in. It is noticeable in a vacuum, but it’s not something I actively thought about in the middle of a session. I’ll talk about this more in a moment, but I found myself gravitating toward playing new games on it exclusively instead of my original Switch.

Note that you can’t charge the Switch Lite with a traditional dock, which is a bummer (the analog sticks bump into the dock and it won’t slide in), as all of my portable units have docks and it would have been nice to not have to buy another one. It goes without saying, but this is a portable device and there’s also no default HDMI/TV out. No kickstand (so I can prop it up while using other remotes) also leaves me feeling a little burned.

Again, this is handheld-only, and there’s a few stipulations to go along with that.

HD rumble and IR motion camera support are gone, and although I’m far from shouting “good riddance!” it’s more like “okay, fine.” While Nintendo is the master of HD rumble for their own games a lot of third-party studios struggled with it, and it failed to become a system-selling feature. Instead, games that rely somewhat on rumble (like Mario Odyssey) seem to be relying on tricks like screen shaking to make up for it. A fair trade, as sometimes I felt like the HD rumble component was going to rip my Switch in half (and when you can’t disable it, it’s a bad time).

I went into the Switch Lite experiment thinking that I would mostly just take it on trips or loan it out to people who wanted to try a Switch before buying one, but my tune changed after gaming on it for three hours straight one night without flinching. This is a comfortable device, full stop, and not once did I feel a crick in my neck from trying to locate a comfortable angle or arm pain from holding it. That’s partially due to the built-in controls, which have a proper d-pad (sorry Joy-Con) that feels more natural than the Hori add-on (which I also have).

There’s something about a device working great out of the box that’s magical in the modern era of add-ons and launch woes, and the analog sticks and face buttons even feel snappier and more responsive than the launch Joy-Con. Comfort is the name of the game with the Switch Lite. A dreadful stick drift issue could arise at some point, but so far I’ve been safe.

If you don’t own a Switch yet, read our original review of the hardware in tandem with this one. Done? Well the Switch ecosystem has grown considerably since then, and although there are plenty of issues with finding games on the eShop by default (that’s why we’re here!), there’s something for just about everyone on the storefront.

At $200 (Switch Lite MSRP) for a thriving ecosystem that’s not going anywhere anytime soon, it’s really hard to justify skipping out at this point. We can speculate on how Nintendo could reveal the Switch Pro at E3 next year (or the New Switch Lite), and how it’ll blow every iteration so far out of the water, but if you really dig the idea of gaming on the go or just exclusively play on handhelds, the Switch Lite is one of the best portable options in years.

[This review is based on hardware purchased by the reviewer.]