You’re probably wondering why this review of Nintendo Labo – Variety Kit is so late. Well, it was going to be late from the start, since there was no review copy. So instead of getting my review up the second I completed all of the cardboard constructions and “won” the game, I decided to hold off a bit longer to learn about the shelf life of these toys.

One of the main complaints initially launched at Labo was that the cardboard would be fun to put together, but would fall by the wayside, left to clutter up the house with those tiny, useless toys your kids get on holidays, and the Wolverine action figure they played with once and then forgot about, in favor of a large cardboard box. So I gave Labo some breathing room to see if the mini-games and cardboard Toy-Cons stood up to the rapidly changing attention of a child.

My initial feelings towards Labo still stand, as just that, but after the excitement of construction wears off, your experience may vary. 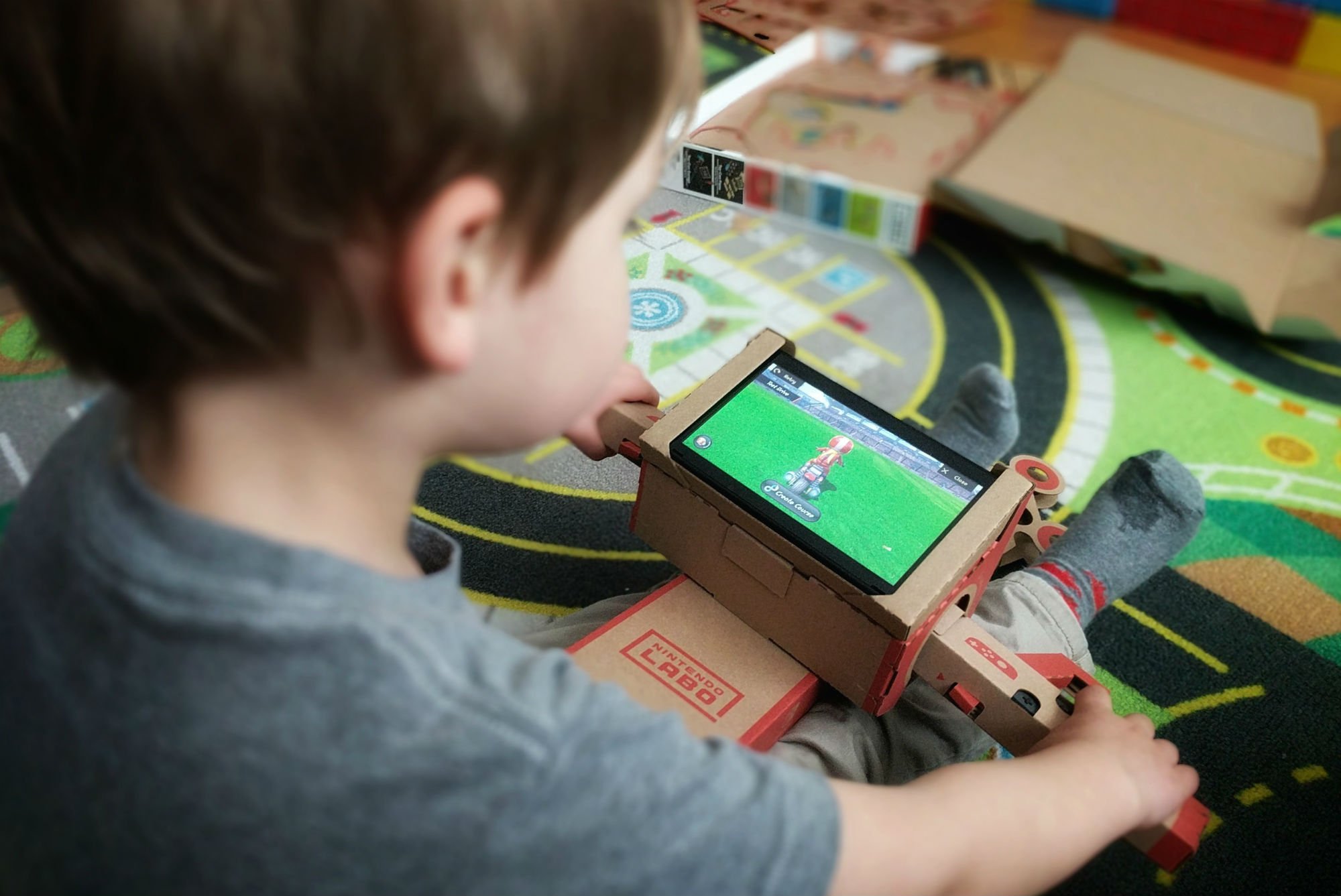 You can check out my review in progress for the full run down on exactly what the Labo variety pack comes with and how well built it is, but suffice to say the cardboard is sturdy and the execution is immaculate. This has Nintendo written all over it, with details thought out, designs tested, and everything just working. My son and I have played with the toys semi-regularly since launch of the game and they are all still in good working order. Easy destruction should not be a concern here.

What is a bit more concerning is the lack of depth to the mini-games. In my initial impressions I thought Nintendo was going to do some novel things throughout the construction, and my son and I would have a bit more creativity with things once finished, but aside from a few cool gimmicks here and there, the mini-games can get a bit old fast. 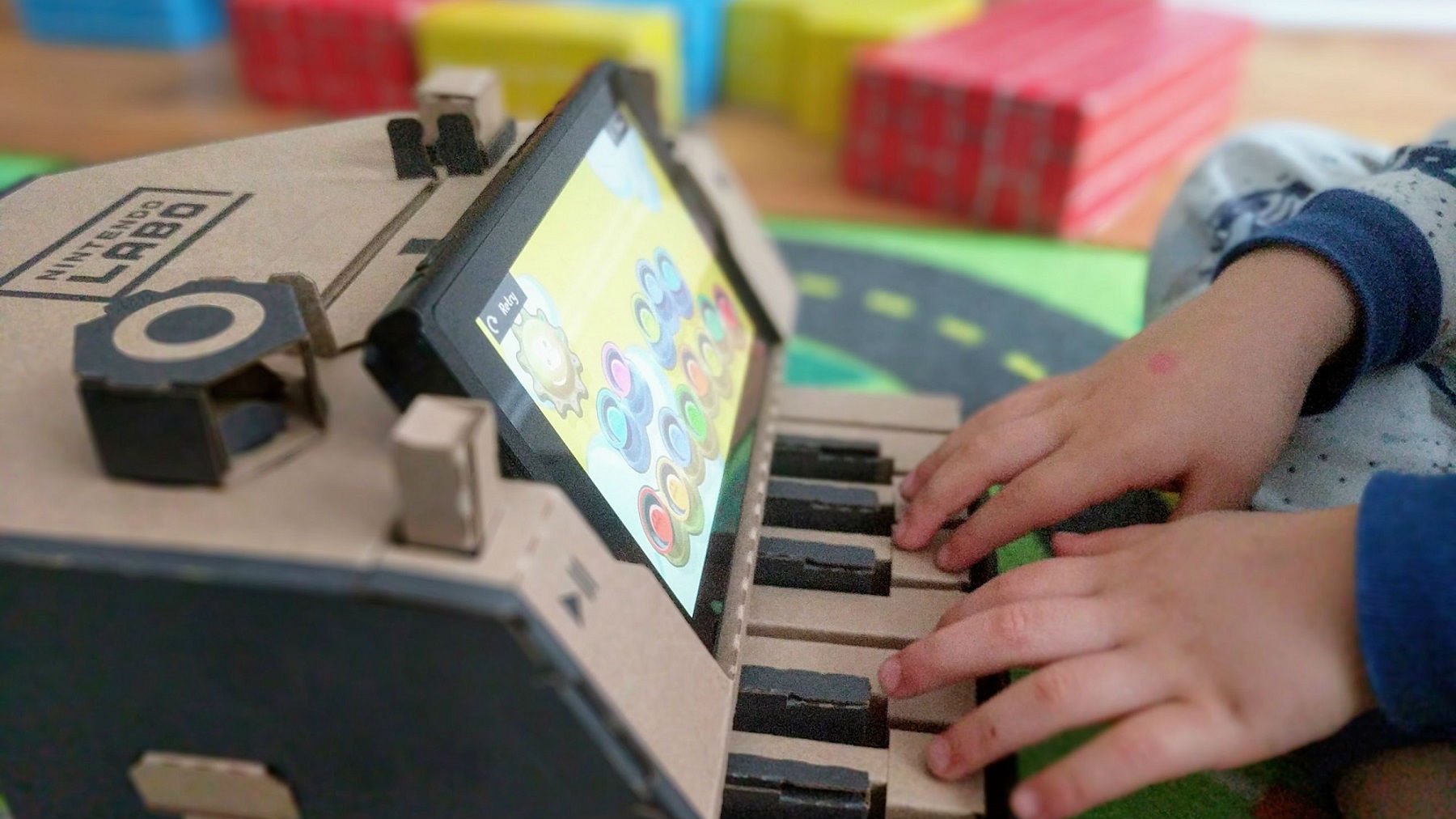 The house and piano Toy-Con have a bit more life to them. The piano is tiny miracle of cardboard and tape, and building it alone is an amazing experience. The simple fact that it works at all is mind blowing, and then the things it allows you to do – like turning a knob to affect the sounds, adding your own music,or creating a fish for the fishing game, is just incredible. On the other hand, it’s also just a piano. The mini-game for it is just some very basic music playing. There’s little instruction or engagement beyond making sounds. Maybe if my son were a bit older (he’s three), he’d be able to do some more, but even as an adult I find that aspect a bit underwhelming.

The house Toy-Con is my son’s favorite by a long shot, and why wouldn’t it be? It’s basically a Tamagotchi, but with more levers and mini-games. He loves checking in on the little fuzz ball that lives in there, even though there’s no life or death consequence to feeding it or not. The mini-games are simple enough to play, and you can make fun things in the microwave out of your prizes. There is absolutely no depth to it, but it’s a fun diversion, and the toy that has stuck the most. 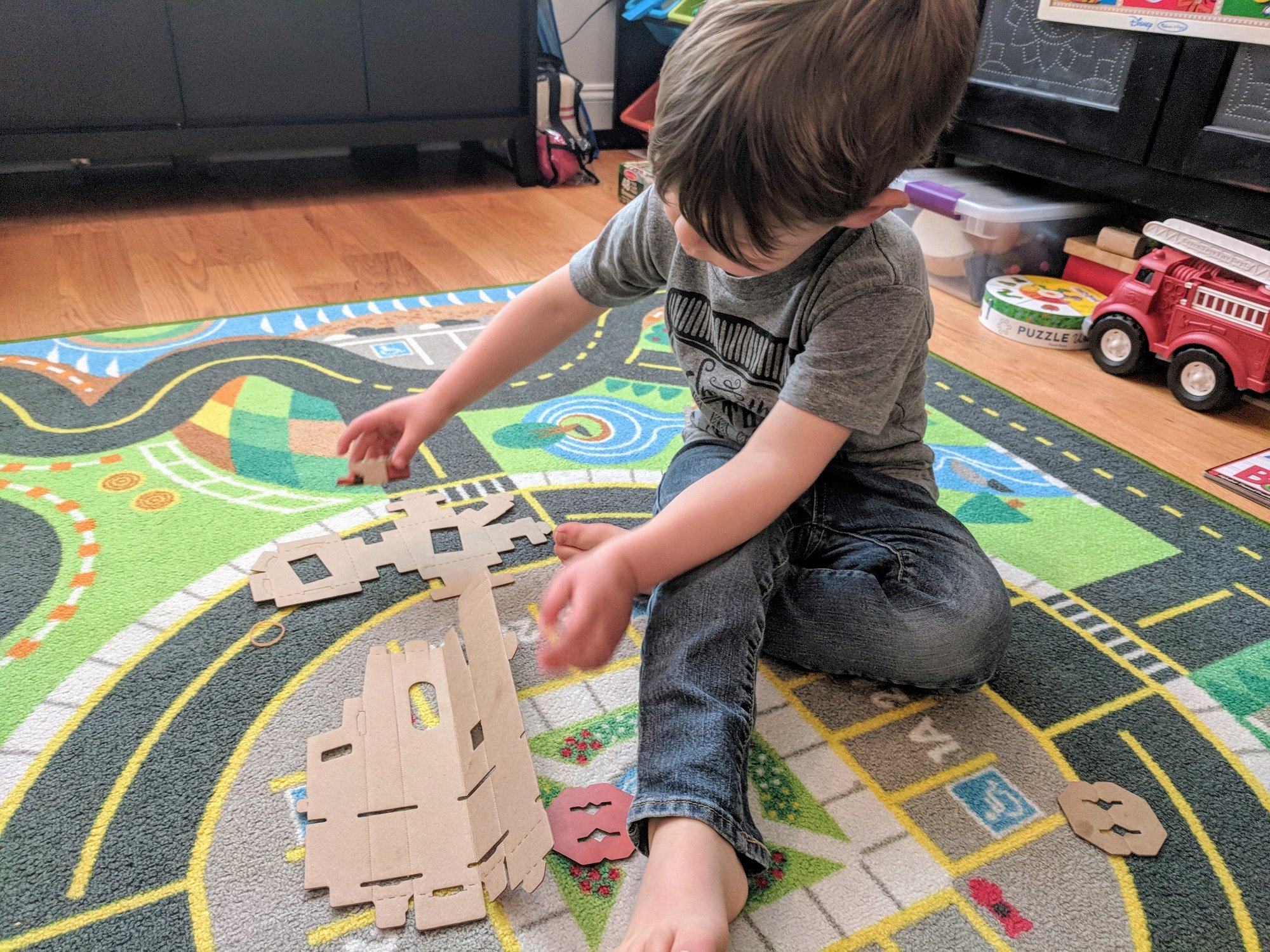 There’s also the “Secret Lab,” which is the section of the game where you can basically program your Joy-Con and Switch to do whatever the hell you want them to. I’ll be honest, I am not creative, smart, or driven enough to use this in any compelling way. My son is way too young for it as well. That being said, if you have time and the inclination, it can be incredible, as a plethora of YouTube videos have already shown. It’s one of those things that can either give you years of mileage or only ten minutes’ worth, depending on what you want to do with it.

All-in-all, however, my son has slowly drifted away from Labo. This past weekend we only played with them once, and about halfway through he wanted to go outside. The shelf life of Labo can be a bit short once building is complete it seems. Of course, all children are different, and you know your kids better than I do. My son is always going, but an older, less active kid may find longer engagement with all the Toy-Con creations. Just know that at some point, the lack of depth will probably mean you’ve got a cardboard house laying around, waiting to get stepped on.

I’m not upset about this at all, though. The building, construction, learning, and exploration that Labo did afford was well worth the price of admission. All toys fall by the wayside eventually, especially when video games are concerned, where there’s little physical reward for our efforts. In the case of Labo, Nintendo has made something that uses a gaming console in ways you’d never have expected. It turns your Switch into a toy. Do I wish that toy had a bit more depth to it? Sure, but the simple act of creating those toys is quite enough to make Labo something special.