A lack of analog sticks hurts this decent option

The time has finally come for iOS gaming to shine with those of you who hate touch controls. For years mobile gaming has alienated those who can’t stand playing things without tactile feedback, so iOS 7 and various peripheral manufacturers have answered the call.

I already gave the MOGA Ace Power a pretty positive review, so how does the Logitech Powershell fare? 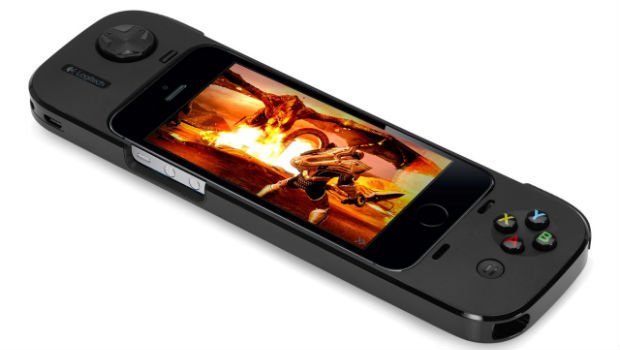 The Powershell is a sleeker controller option, which nixes four triggers in favor of two, and removes dual analogs in favor of one d-pad. In short, it’s more like an SNES pad than a fully-fledged modern design, which has its own advantages and drawbacks.

It supports the iPhone 5, iPhone 5s, and 5th Generation iPod Touches, but strangely, there’s no iPhone 5c support. Like the MOGA Ace Power it also is a lightning-based attachment — meaning there is no Bluetooth, and no compatibility with iPads. All you can do is slide your iPhone into the Powershell, just like the other current competitors.

Having said that, the design is near flawless. Somehow, it’s super easy to fit a device into it, and even easier to pop it out. It’s not only snug against the hardware without any feelings of looseness, but all you have to do to remove it is press in the rear camera slot from behind, and it just slides out. Unfortunately headphone support isn’t plug and play, as you need to fit in a proprietary adapter first before plugging in headsets.

So how do the buttons work with actual videogames? Quite well, actually. The d-pad and face buttons felt sticky at first, but I broke them in with roughly an hour of use. Beyond those controls there’s a much-needed pause button, and a switch that triggers your iPhone’s power toggle. It’s extremely simple to use right out of the box, as what you see is what you get.

Bastion was the absolute king of my tests with the PowerShell, and I really have to commend the developers there for their impeccable iOS 7 update. Everything operates exactly how it should just like the console version, and the button mapping was perfect. I was only going to test out the game for a few hours for the purposes of this review, and ended up beating the game due to how smooth it was.

But in the end, I think it’s tough to justify the cost when the device doesn’t work with every game. If you look at the design again, you’ll notice there are only two triggers, and a lack of a second analog stick (or first, for that matter). That means when you play FPS games on the Powershell, you’ll have to take your right thumb and place it on the screen to aim while you use the left pad for movement. 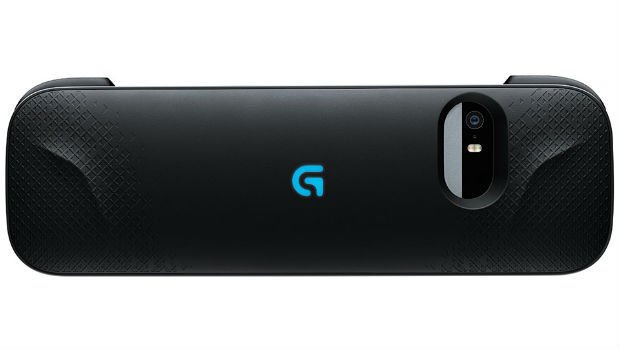 The Shell really shows its stuff for games like Bastion, Limbo, or LEGO The Lord of the Rings — games that don’t need two analog sticks or four triggers. Because of the lack of these essential functions though, Logitech should have made the device cheaper than its competition to compensate. When compared to the MOGA MFi controller (which has four triggers, dual analogs, and a dpad), it loses its luster a bit simply because it doesn’t work for every single game.

For FPS games in particular, I felt the sting pretty hard. When testing out Neon Shadow and Dead Trigger 2, it was annoying to have to still use the touchscreen, when I could just bust out the MOGA instead. It was doable, but not ideal on a $99 piece of equipment. A few games also don’t have full iOS 7 support and only lazily implemented partial mapping, so you may find titles that are supposed to work with an analog stick that’s simply not there.

Like the MOGA the Powershell is also a battery booster, and it can charge your iPhone while it rests inside. Using a USB cable you’ll charge the device, which cleverly lights up the back of it, and pulses the logo while it powers up — when it’s fully lit, you have a max charge. Although you can’t see the exact battery level at any given time, my tests with the Powershell yielded roughly an hour more of charging time compared to the MOGA. It’s not much, but it’s something, and the battery aspect works like a charm. 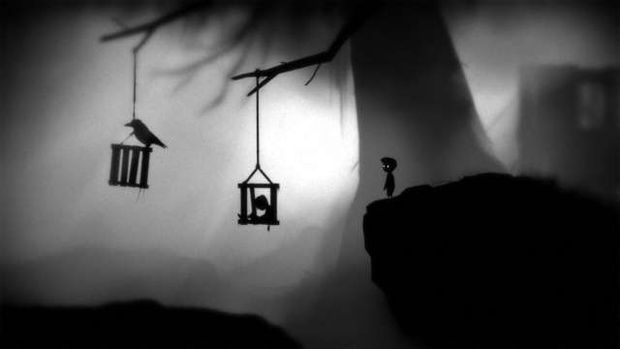 I really enjoyed my time testing the Powershell, and its sleek design makes it easy to get an iPhone in and out. It also doesn’t look very conspicuous in public, if that matters to you. In the end though, you need to make the choice between a lack of analogs entirely in the Shell and the implementation of two in the MOGA, and almost every time I’m going to side with the latter. If the Powershell drops in price though, it’s a solid option for a subset of iOS titles.