There’s so many options for mice out there, it’s tough to narrow down what you actually need. With options for everyday use, gaming, image editing, and everything in-between, sometimes things can get confusing. Enter the Logitech G700s Rechargeable Gaming Mouse, which is built for precision.

As soon as I gripped the G700s, something felt a bit off. It’s a rather bulky design that doesn’t look the best, but as we know, initial looks and impressions can be deceiving. 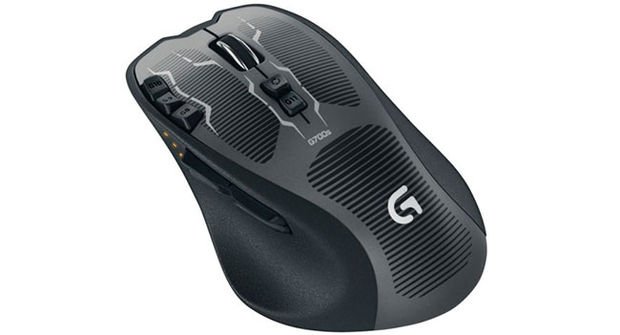 My initial negative vibe with the G700s went away after a few short hours, as my hand had actually gotten used to the grip, and I found it extremely comfortable from then on out. The off-putting “lightning bolt” design can’t be helped of course, but in terms of pure comfort, I was extremely surprised at the quality of the texture grip around my fingers, and the physical feedback from the material. Specifically, even the buttons feel great; there’s a very light feedback on the thumb buttons that doesn’t get too “clicky,” but lets you know that you triggered it.

The G700s comes with a tiny nano-receiver that plugs into a USB port for the wireless connection, and a Micro-USB cable in case you need an extension for charging the AA rechargeable batteries. It is a normal cable and not braided, which was my only real complaint, since I’ve gotten used to the latter. Still, I haven’t had any real issues with the cable itself — it’s fairly sturdy.

If you want to use a replacement cord, any micro-to-USB connection will work, making the mouse fairly flexible for use anywhere. During my testing, I had no issues with the wireless connection or the cable, and the nano-receiver is a dedicated line, creating a 1ms latency that makes this mouse reliably accurate with no movement hiccups to speak of.

I was utterly confused at first as to why the scroll wheel was so sensitive, but then I found out the mouse featured dual mode scrolling — meaning, you hit a button near the wheel, and it switches the wheel’s sensitivity. The wheel itself is metal, and you can toggle notched mode with a quick press. By default the other buttons on the G700s allow you to raise and lower your DPI, switch profiles, change your resolution, and so on, but you can customize the twelve buttons (thirteen if you count the scroll wheel tilt) to anything else.

To my surprise, it was extremely responsive for a wireless mouse — as in, one of the best I’ve ever handled. I mainly tested with FPS and RTS play, and the accuracy I experienced previously from image editing and everyday use translated over to gaming quite nicely.

Logitech Gaming Software (LGS) is supported for the G700s. You can utilize the software to build five profiles, which allow you to customize DPI settings, power modes, and multi-key macros. The mouse also houses a tiny three light LED display on the left side (in plain sight and not blocked by fingers), which shows battery level in green. 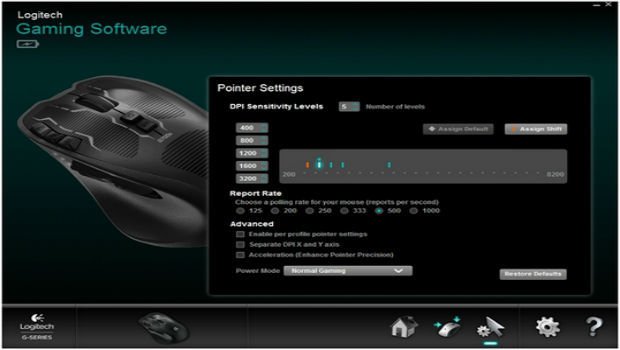 It seems as if the mouse was designed more for performance than battery life, as the G700s will last around 8-10 hours with pure constant gaming use before you have to plug it in. That shouldn’t be an issue for most competitive gamers though, who will have their mouse plugged in anyways for 100% reliability. For everything else non-gaming related, I was able to use it for days on end without a need for a single recharge.

I was previously using the Razer Mamba for my review rig, but over the course of a week of testing, I’ve slowly acclimated over to the G700s. It took a bit to get used to and doesn’t look the prettiest, but it’s extremely comfortable to the touch, especially now that I’ve slowly adjusted the settings to suit my needs. If you already have a G700, there may not be enough here to warrant an upgrade, but if you’re in the market for a gaming mouse, Logitech is pretty much always a solid go-to — the G700s included.