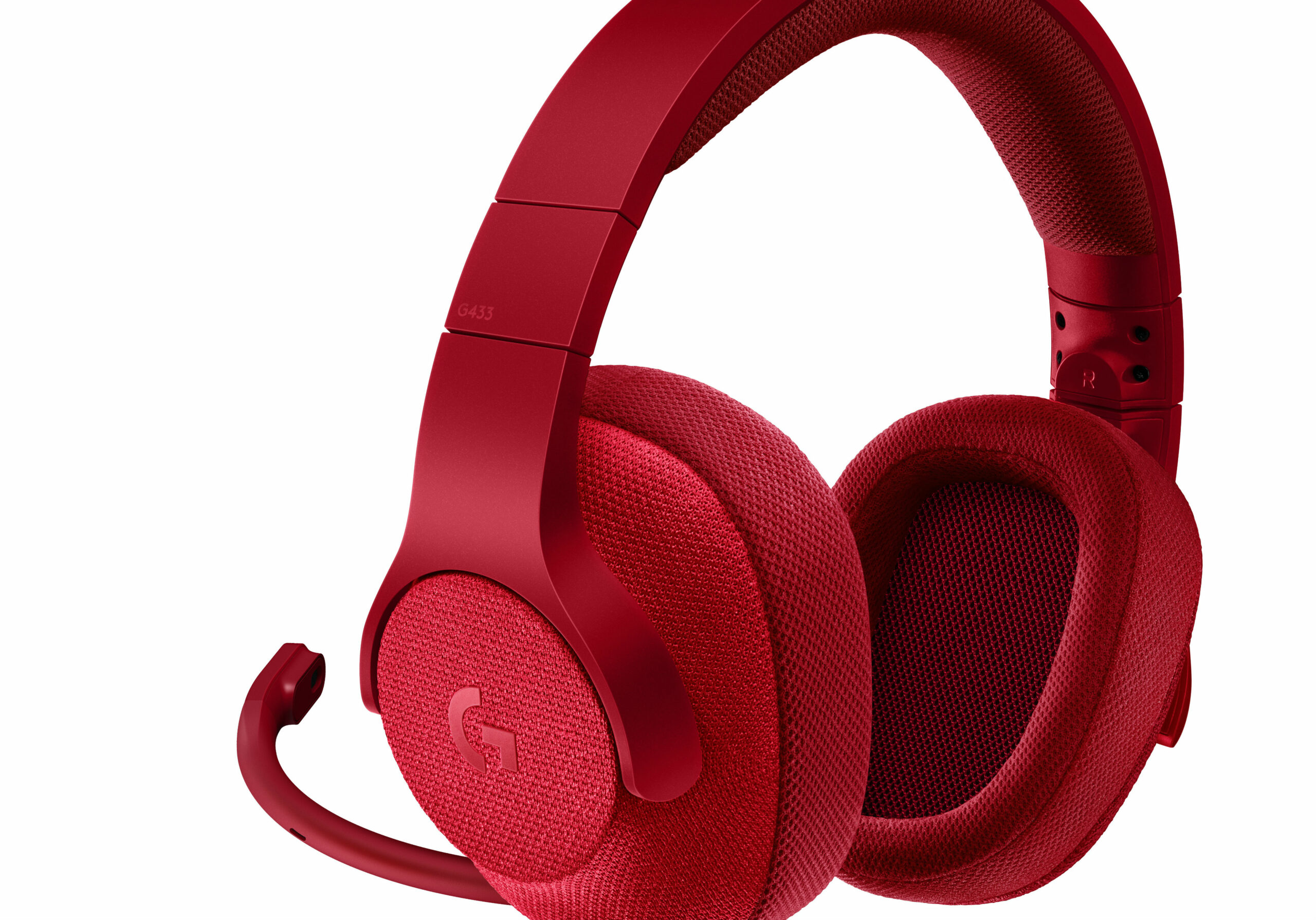 Headset and microphone solutions are so plentiful these days that it feels like I have a piece of hardware for everything. I use a Blue Snowball for conferencing, earbuds with a remote for running, a wireless mic for consoles, and a heavy duty headset for PC.

But amidst all of the specializations I appreciate a good all-around option, which is what Logitech’s G433 Headset goes for.

Logitech describes the G433 as a “brand new type of design,” and even if you’re just looking at a bullshot you can probably see there’s truth to that claim. The cups look like they were ripped from Spider-Man’s outfit, both in terms of the material used and the coloring, and the plastic band isn’t as heavy duty as some other similar gaming headsets (in case you’re wondering, it comes in four colors — Royal Blue, Camo Blue, Triple Black, and Fire Red — the latter of which I had available to test).

The thing is, it all sort of comes together to form a good middle-ground. It’s comfortable, even after a six-hour session, and the sports mesh (which allegedly wicks heat and sweat) did its job enough for me to not notice both of those factors. The removable microfiber/sports mesh ear pads are also light, as it weighs just over half a pound (0.57), which is on the light side of gaming hardware (most of mine weigh over a pound).

I was mostly just happy with the strong level of sound out of the gate without having to jack it up to the max. I might be getting older but some headsets I’ve used feel faint unless you use software, which eliminates most of the advantages that I use headphones for (blocking the outside world out and putting me in a lucid dream state). The lows are noticeable even if they aren’t booming, too. Mid-grade, if you will.

You want specs? We got ’em!

Based on my tests with some online shooters like Battlefield 1 and Rainbow Six Siege, the detachable line mic’s pop filter (which is minimalist as hell, since it’s just a piece of fabric) does work when it comes to blocking out the errant sounds of mouth breathing. I didn’t try out the rigorous “eating potato chips” trial, mostly since I don’t eat potato chips and I mute my mic when eating because I’m not an animal.

If you’re up for it, you can also use the USB digital sound card to hit DTS 7.1 surround sound on PC in conjunction with Logitech Gaming Software. It’s an inoffensive little USB dongle that plugs directly in, allowing you to use any 3.5mm cable (including the roughly five-foot one that’s included). The software is very basic in every other respect as it mostly deals with DTS’ separate channels, and displays the actual level of surround sound as opposed to the levels that some games claim.

My takeaway after using the Logitech G433 for nearly a week is that it’s the epitome of a middle-of-the-road option. The whole idea of the G433 is to work with both heavy use (like MMO raiding) and while on the go, which I feel it adequately nails. It’s not the best of either world but it’s something I can swap to on a whim.