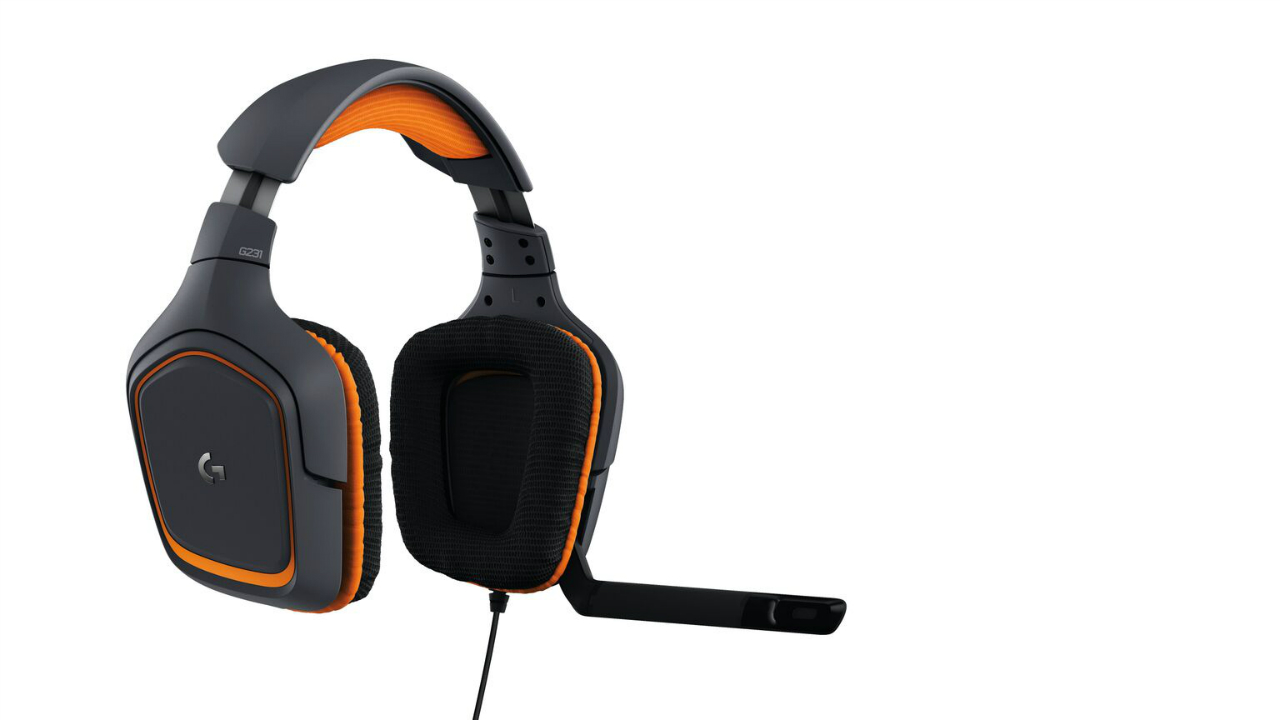 The best of the Prodigy line (and what that means)

Last month I reviewed the keyboard and mice of Logitech’s new Prodigy line, which is aimed at people who play games but don’t necessarily need top-of-the-line gear. In keeping with my generally tardy self, I’ve been playing with the G231 Prodigy Gaming Headset for about a month now before finally having the chance to sit down and review it.

Overall, I think this headset offers the best bang for its buck in the Prodigy line.

I’d like to start by warning you that I have big-ass asymmetrical ears that make over-ear headphones uncomfortable when wearing them for prolonged periods. For me, the G231 still gives me the ol’ sore cartilage after a couple of hours, but that’s longer than I usually last (shut up). The swiveling cups made them fit around my big mug a little better than other phones I’ve used in the past. In a nice bonus, the cups are removable and washable just in case they get a little grimy, though I haven’t had to wash mine yet.

The G231 is rather bulky, so I probably wouldn’t wear it outside of the privacy of my own home. Construction-wise, it feels hefty but the swiveling cups are too squeaky for their own good. In truth, I didn’t ever notice any squeaking once they were on my head so it’s not a huge issue, but pulling them off or adjusting them can make some unpleasant noises.

As far as connections go, the G231 can be used for PC or console by way of two 3.5 mm headphone jacks (or one for console when using the adapter). This also means you could use them with your phone or other music devices — unless it’s an iPhone 7, ha-ha, such timely humor! Since it’s not connected via USB, you do lose out on the ability to modify the sound like you can with other headsets.

I didn’t really find it necessary to tweak the sound, though. While it’s definitely not a high-quality headset with 7.1 surround sound, it feels sufficiently punchy, and on a recent playthrough of DOOM I was happy with how meaty it all sounded. The only complaint I have with the audio mixing is that music, sound effects, and voice acting all seemed to be at about the same volume, so they didn’t stand out too dramatically.

Like the rest of the Prodigy line, there isn’t much in the way of extra frills here. There’s a small controller on the cord that allows volume adjustment and an immediate mute if you need to quickly shut the heck up, but beyond that, it’s just a bare-bones headset. And that’s not a bad thing! Some people don’t want their PC hardware to look like it could kill you and return to its home planet at any time.

Compared to the G213 keyboard and the G403 mouse, this headset is easier to recommend because Logitech doesn’t have a similarly-priced pair that’s just as good, if not better, like the former two products. I personally would say if you want elite gear that it might be worth spending more than $100 on your headphones, but the Prodigy isn’t targeting those interests. Out of this whole product line, the G231 shows Logitech knowing its targeted audience.