Many of the very same Klipsch gaming headphones we spotted at CES earlier this year are now here in our office, with the Klipsch KG-200 set being the latest to get our review treatment.

While Klipsch has always been a big name in audio, with its products in millions of theaters and homes, the company is only just now getting into gaming audio (outside of the ProMedia 2.1 computer speakers, which have a solid following). Its first offerings are the KG-200 and KG-300 gaming headsets, with the main difference being that the latter is wireless. We went ears-on last week with the former, so read on for our full review. 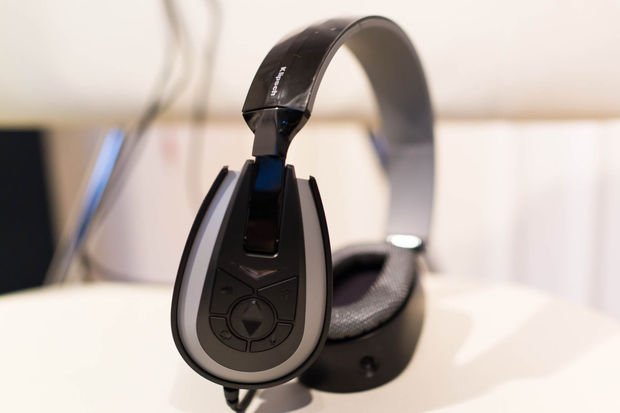 The KG-200 is a lightweight, shiny gaming headset that we could only really appreciate after managing to pry it out of some unnecessarily complicated packaging. Once we pulled it out of too much plastic and had all the cabling fall all over the place, we could appreciate its sharp looks, silver-on-black trim, and its sporty ear padding. Seriously — the packaging is terrible.

These phones look good on your head — you won’t look like you should be in a flight control tower with these on. They feel pretty nice with their soft ear pads and squishy rubber head band padding. Headphone nerds will tell you that gripping force is important for sound quality as it keeps the sound in (bass!) and disturbances out. If you have a normal-sized head like mine, you’ll appreciate the abnormally strong squeeze that the KG-200 puts on your ears. But if you’re big-headed, this could be an issue. Similarly, if you have longer than normal ears, these smaller earcups are either going to mash down on the top of your ears or your ear lobes. The KG-200 qualify as over-ear phones, but just barely. 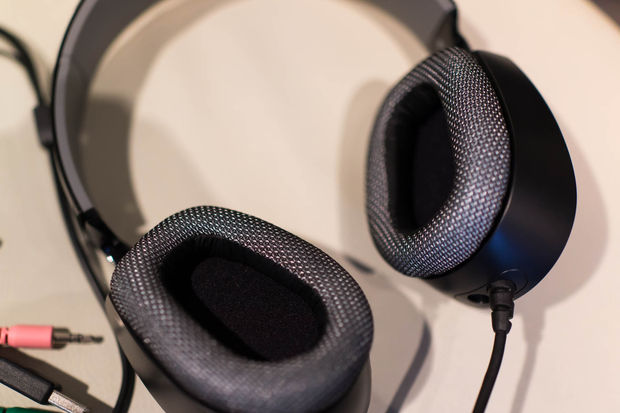 The grip force and the tuned 40mm drivers mean that plenty of sound gets to your ears. Lots of it — these things can go really loud! That’s really great if you’ve been looking for a set that will put out a lot of sound. Unfortunately, this set is so bass-forward that anything beyond mid-level listening will fill your eardrums with a boomy mess. Explosions sound amazing, as do big mech footfalls, but you’ll strain to hear anything else over the low end as the frequency response is so skewed that it’s in danger of just sounding like your audio source is malfunctioning.

Tweakers will like the EQ presets that give users a choice between combat, stealth, and sport-tuned curves; these presets are selected by a button found on the right ear cup, alongside buttons for chat volume, game volume, and mic mute.  I think the clear, balanced default preset sounds best, but, again, they’re all overly boomy. The bass is so present that the headset will actually vibrate on your ears at higher volumes.

Another issue is that the KG-200’s active amp is always making a hissing noise. Unless you use these at a higher volume, you’ll hear plenty of hiss alongside your game audio. We’re talking enough hiss to have me concerned that my ears were about to be blown out when the audio started. But even set at minimum volume, these headphones output some serious electronic noise. 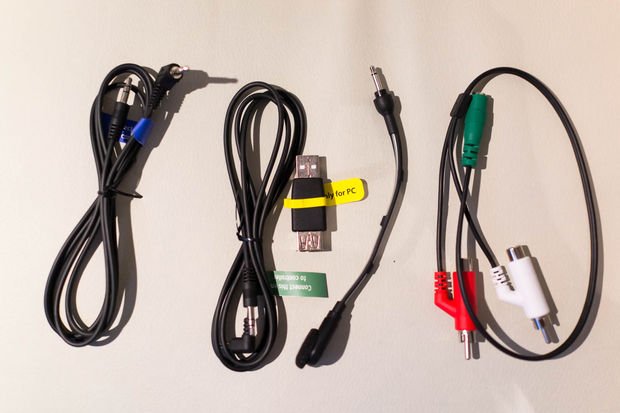 An avalanche of cabling and accessories fell out of the packaging after pulling out the KG-200. All of this cabling gives the set a lot of flexibility as it provides the required connectivity for the various consoles it works with.

For the Xbox 360, the bundled RCA connector is required to send audio to the set, as is the Xbox AV cable. This is a kind of loopback, with the audio coming out of the piggybacking RCA jacks sending signal into the 1/8″ headphone jack of the headset. Coming back out, the mic requires an additional cable to send your speech into the system, doubling up the cabling. Xbox One isn’t as bad, but it does require the new Xbox One connector block accessory.

For PlayStation users, the PS4 supports straight up USB connectivity (you’ll need to update your system firmware) for just audio, but the recommended setup for both composite and RCA output will still have you using the RCA cable splitter to draw audio from your television. You really can’t do that if your television or display doesn’t have RCA jacks, or if the video connection type doesn’t support audio options. Keep the receipt. 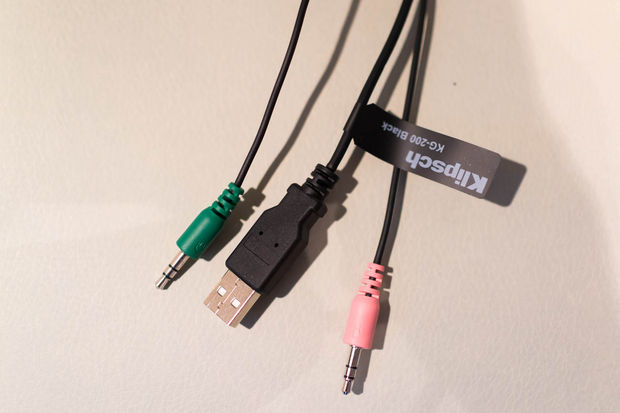 I could not get my gaming television to work with the prescribed PS4 setup so I ended up using the USB audio instead. It sounds puny and quiet in comparison, and the volume and other controls on the headset won’t work when connected this way.

PC connections can use the standard green and pink split 1/8″ headphone and mic jacks, with the USB port supplying power. It comes with a supplied lift attachment for the USB jack so that it only receives power. If your notebook computers do not have a mic jack, you’re out of luck, as Klipsch did not include a 1/8″ headphone/mic splitter cable.

Beyond these cables, the bundle also includes a detachable boom mic that is sufficiently bendy and features a foam pop cover. It seems to be a very good mic (good sensitivity and response) from the couple of test runs I gave it. 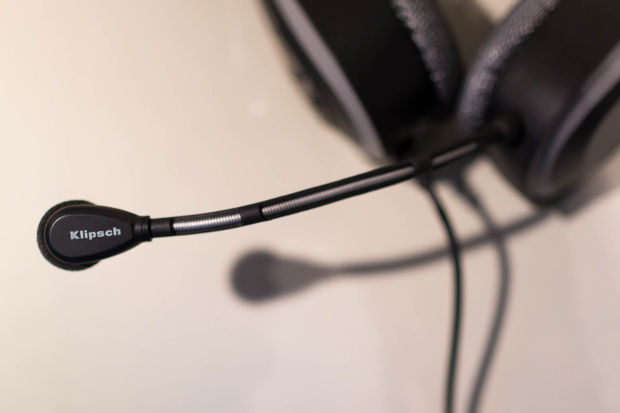 I don’t want to open that can of worms on how a quality set of non-gaming headphones and a USB mic will kill just about any gaming headset combo out there, but I couldn’t help thinking about that when using these for PC gaming. The latter solution would sound better and have less cable clutter, most likely.

And when it comes to console gaming with the KG-200, I didn’t like the cable fight. It’s just too messy and confusing for my tastes. Worse, some of the cable lengths are too short to fit the recommended cabling setups, and some of the prescribed setups from the manual didn’t even work for me. 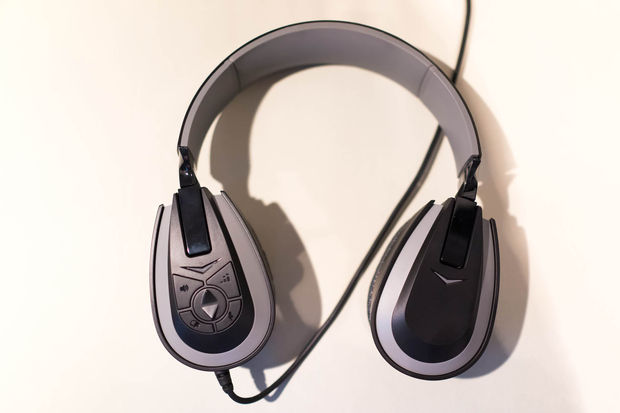 For the asking price of $129 you’re getting one of the loudest headsets I’ve ever used, and that’s saying a lot. If you’ve been looking for loud, or for a lot of bass, you need to check out the KG-200. This is all the bass you’ll ever need. But if you are craving clean, clear audio, I’d look elsewhere, because the hiss noise is a pretty big issue and the frequency response is seriously skewed.