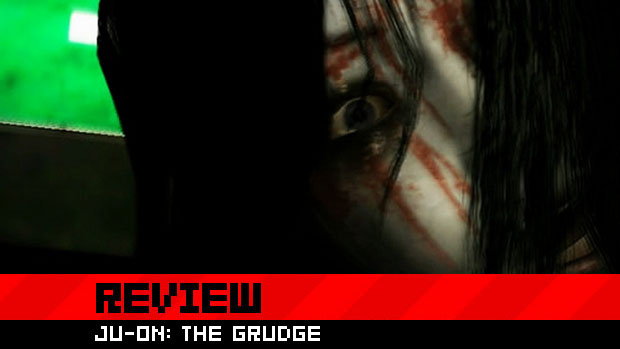 It’s almost Halloween, and if you’re anything like me, you’re going to try to make the most of it. Playing survival horror games can be one way of doing that, but the way the genre has evolved (or devolved, depending on how you look at it), you might not be able to find many scares in recent survival horror releases. Resident Evil 5 is notoriously un-scary, Silent Hill: Homecoming is considered too action-oriented for many series die-hards, and as good as Dead Space: Extraction is, it’s definitely more of a shooter than anything else.

What happened to the days of true survival horror games — games where you remain defenseless most of the time, where your only recourse is running, hiding, and praying for escape? Oh, hey Silent Hill: Shattered Memories. Didn’t see you there. You can’t blame me for skimming over you, what with the delay until next year and all.

Right now I’m thinking about myself, and what new game I can play to scare my friends and family in time for this year’s Halloween party. Right now, all I got is JU-ON; The Grudge, a $30 budget title based on a horror series that I only sort of like.

Does it do the job? Hit the jump to find out.

JU-ON is a game you’ll either begrudgingly love or totally hate. I doubt there will be many whose opinion will fall in between. Many will resent the fact that the game works to make horror gaming accessible to the “casual” crowd. It’s a game that people with varying levels of gaming experience can play with equal amounts of initial comfort. There is very little here in the way of traditional game design. Instead, JU-ON plays like a series of variations on the famous “dogs hallway” scene from the original Resident Evil. It’s an experience about building tension, relying on atmosphere, using false scares to build a sense of security, and then applying a proper jump scare at just the right time.

The game follows the experience of a family of five that comes under the hateful eye of the JU-ON ghosts, two yucky, angry ghosts who make weird sounds and kill people. If you’re familiar with the films, these two will be instantly recognizable. Actually, you may appreciate this game more if you’re not familiar with the movies, because as you may have noticed, I’m not a huge fan of the JU-ON/Grudge movies. The first Japanese movie was alright and the rest were worse, but regardless of craftsmanship, the movies just never seemed scary to me.

Part of the reason for that is that the idea of fighting ghosts is stupid. Unless you have a proton pack on your back or a really cool camera, what are you going to do to them? Fighting a ghost in the JU-ON/Grudge films means one thing: you’re fucked. Best case scenario; you go insane. Worst case scenario; you die. Without any chance of survival, there is no way to build suspense and no reason to root for anybody.When you watch Titanic you know the boat is going to sink; when you watch a football game you know one team will win and the other team will lose, and when you watch a JU-ON/Grudge movie, you know that it’s just a matter of time before every character is dead.

The JU-ON game actually remedies this problem. Sure, most of the characters you play in the game do die, but it’s up to you to keep them alive long enough to get to the next level. Death usually comes from darkness in JU-ON — you run out of batteries in your flashlight and you die. This means you have to constantly move forward, keeping your eyes completely peeled for batteries, and hope that you aren’t slowed down or attacked by ghosts along the way.

One thing I wasn’t expecting from this game was how distinct the scare styles of the game’s two ghosts are. They really do go about things very differently, with the little boy ghost providing a lot of the game’s creepy-but-harmless false scares, and the girl coming on for the adrenaline-charged, think-fast-or-you-die moments. They both also get a lot weirder than they do in the movies. I don’t want to give any scares away, but let’s just say that by the fourth level, you’ll have seen multiple inanimate objects take on the form of these two pale-faced cretins. Even if you aren’t actually scared by their antics, you’ll likely give them points for creativity anyway.

The game loses some points for creativity when it comes to the second player-activated scares. In short, they suck. In case you hadn’t heard, JU-ON permits a second player to activate an on-screen “spook-attack” every fifteen seconds, which has been touted as one of the game’s main selling points. That makes it doubly-sad that they just aren’t effective. Sure, a couple of them are a little bit startling the first time you see them, but even they go on too long. Seeing a dead girl fly upside down at you for a split second can be disconcerting, but seeing her face linger on screen, unmoving and unconvincing, for more than three seconds, totally destroys any sense of immersion or suspension of disbelief. I’d say that this is the worst multiplayer mode in gaming history. If I had played the game with a second player all the way through, I would have had a much worse experience, and likely would have subtracted at least two points from the game’s overall score.

Back to the gameplay: like I mentioned, anyone can play this game. You point the Wii Remote to look around and face where you want to go, and you press A to interact with stuff, B to walk forward, and down on the D-pad to walk backwards. That’s pretty much the extent of it. Technically, you need to be very careful to keep the Wiimote properly aimed at the screen at all times, but after you get the hang of it, things will likely move pretty smoothly for you.

The only time you need to do more than that is during certain ghost interactions. The lesser of these involves moving the Wii Remote in certain directions at the right time in a semi-Dragon’s Lair fashion to escape from a ghost who has gotten up close and violent. The greater requires you to point the Wii Remote in an ever-moving, ever-shrinking circle while trying to keep still and silent so a ghost won’t notice you. These sequences are sometimes fun and sometimes gimmicky, but either way, they work well to break up the constant wandering and battery hunting that make up the rest of the game.

My main problem with game is that its length is all wrong. Even after dying a few times on the first level, and even more times on the fourth level, I still got through stages one through four in about two hours. That’s too short by just about any standard. It gets worse, though: in order to see the game’s last level, you need to find hidden objects in levels one through four. Now, I actually enjoyed this game to the extent that I could see myself playing it again every Halloween just for the spooks, but having to replay each level multiple times right after I saw them for the first time was just painful. I did find that, upon further exploration, there were scares that I missed on the first go-round, but for the most part, playing a level of JU-ON three times in a row is like watching an episode of Scare Tactics three times in a row: the first time is fun, the second time is ignorable, and the third time is downright painful. Maybe if I could have spread the experience of fully playing JU-ON over a few months then maybe it wouldn’t have been so bad, so keep that in mind when assessing the game for yourself.

That’s pretty much the gist of it. I guess I should mention that the game does some other cute stuff, like rate how strong or sissy you were in playing a level and allow you to do an instant “courage test” whenever you like. I also could have gone on about how the game uses sound effects, lighting, and composition of the picture plane to better-than-average effect, but that any time you’re in an area that isn’t covered in rust, the background graphics look pretty crappy. Maybe I should also tell you that you actually get to go to the JU-ON/Grudge house in the end, which will likely put a smile on longtime JU-ON/Grudge fans. Ah, I guess I just did.

To conclude, JU-ON: The Grudge doesn’t belong amongst the dregs of the Wii’s survival horror lineup like Manhunt 2 and Obscure 2: The Aftermath, but it’s not as good other horror games on the console like Resident Evil: Wii Edition and Dead Space Extraction. That said, there are a lot of “casual” gamers (or as they call themselves “non-gamers who occasionally play videogames but won’t admit it to their friends at work”) who would definitely choose to play this game over any other in the genre. It’s definitely not for fans of what survival horror games have become, but fans of old-school, “defense-free” games in the genre or fans of ghostly horror films should give the game a shot.