A new fantastic point of view

In World of Final Fantasy, you can wear a Cactuar on your head like a hat.

There are two kinds of people in this world: those who read that last sentence and made the decision to buy World of Final Fantasy (or have already bought it) and those who read it, shrugged, and asked “and…?”

And that’s probably a great way to predict how much enjoyment is included in here. World is built specifically for the Final Fantasy diehards; it trades in nostalgia, in-jokes, and its impressive bestiary built up over the past 30 years. Newbies can find a decent-but-standard Japanese role-playing game here, but they will miss out on a lot of what makes it stand out. 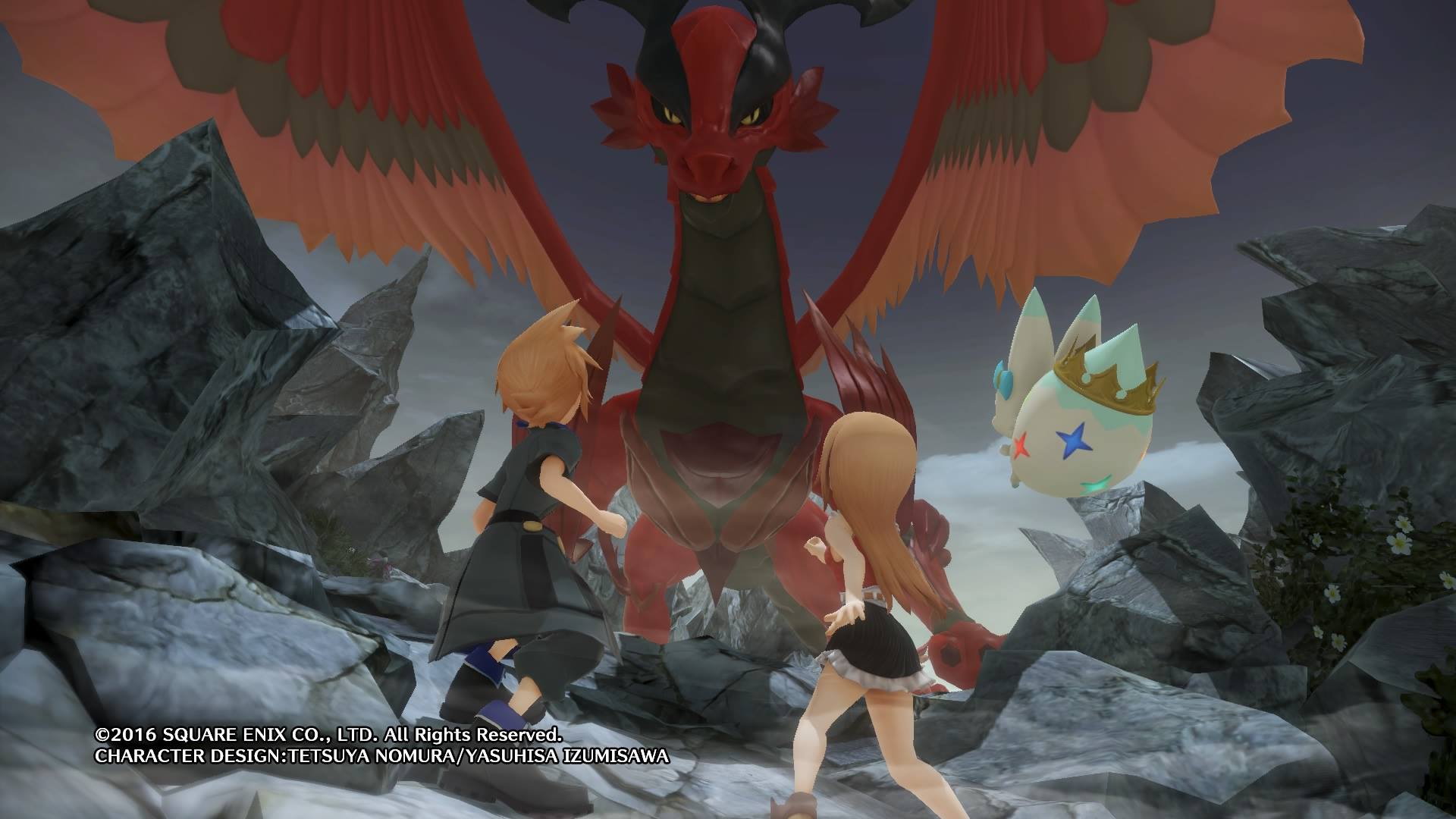 Every Final Fantasy is a collection of interconnected mechanics. There are often-overlapping rules that govern combat, travel, progression, and narrative. The flagship idea behind World is its monster catching. Fight a monster, capture that monster, bring it to the next fight, and start the cycle again.

The prerequisites for catching something are often more involved than just wearing its hit points down and throwing a cage around it. Some require a certain elemental type of damage. Some need to be inflicted with a status effect. Some would rather be healed. Some will only join the heroes if they are the last monster left in a battle.

These requirements can be a bit of a double-edged sword. While it keeps things from becoming too stale, it leads to situations where players are at the mercy of lady luck and a random number generator. Several times I have ventured through a dungeon, encountered a rare monster I was incapable of capturing (due to not having the right elemental spell types on me, say), then had to find a save point to swap out my team members just to have a shot. The system works best when the player can react on the fly, but it feels tedious toward the beginning when capabilities are so limited.

Once the party has some monsters on its side, the second major mechanic comes into play: stacking. Each monster has a size (while the sibling protagonists Reynn and Lann can transform between two sizes), and smaller things always go on top of larger things. Stacking characters has an additive effect on stats and abilities at the cost of having fewer actions. Full stacks will hit harder and be able to tank a lot more damage than individual monsters would, but they only get one action per turn instead of three.

Another effect World‘s monster-centric game has is captivating for longtime fans. It’s astounding just how many cherished creatures there are in the Final Fantasy universe. Sure, there are the iconic Chocobos and Moogles, but there are so many more with rich histories. I spent a good five hours with a Cactuar balanced on Lann’s head. I battled and lost to a Behemoth, only to best it later on. There are Bombs, Fenrirs, Mandragora, Ahrimans, Shiva, Ifrit, Ramuh, and more. Don’t even get me started on Malboros. I used to hate them, but when I learned I could tame one and then ride it into battle? I lost my cool on that one.

Oh, and of course there’s an evolution mechanic (“Transfiguration” here), so not only can my baby Chocobo grow up to be ridable (with the familiar music!), but some of the fiercer monsters have tiny counterparts. There’s a baby Behemoth (called a Babyhemoth, because oh my god of course that’s what it’s called) and it’s a dang adorable killing machine. 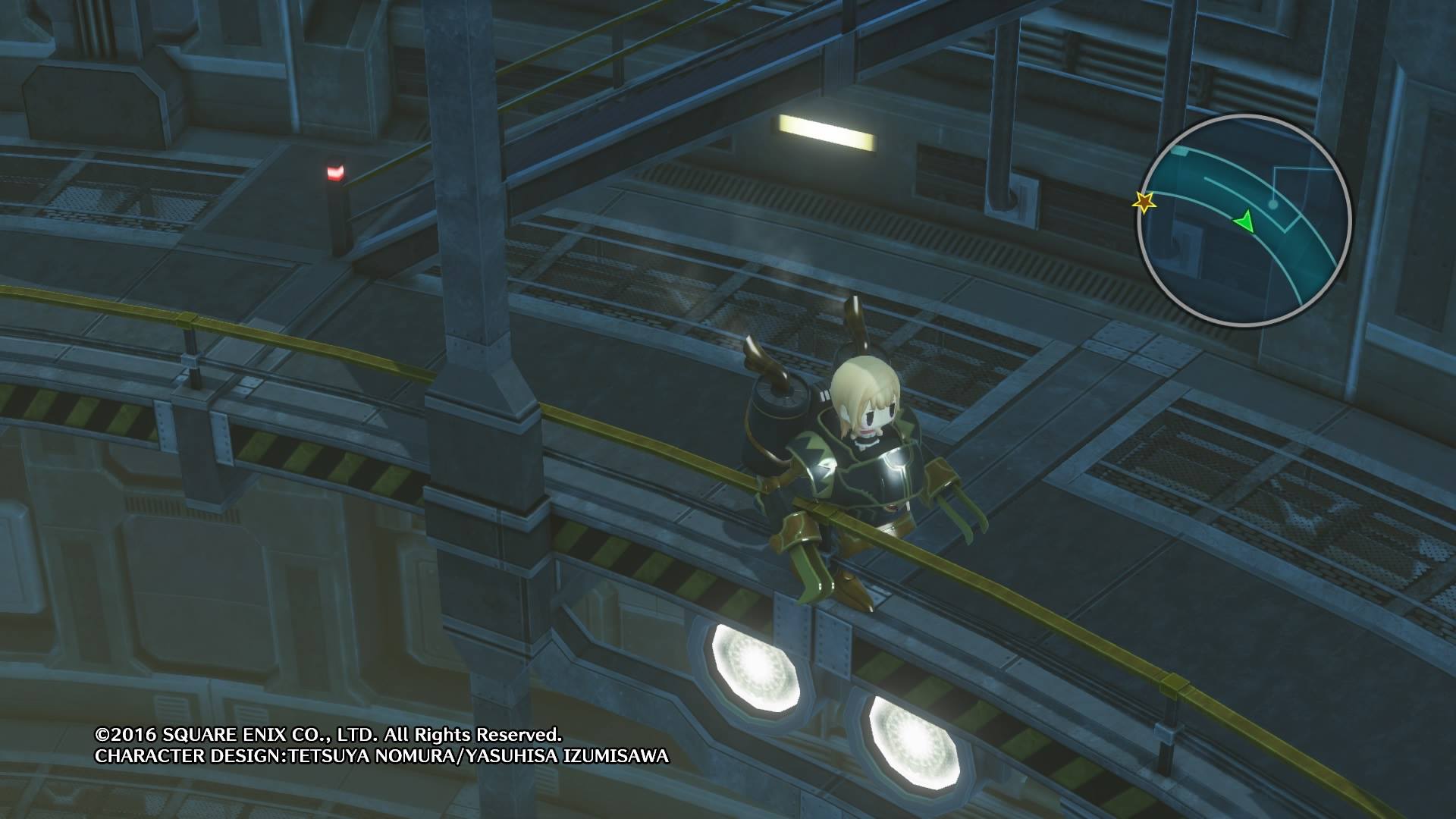 This brand of nostalgia permeates World of Final Fantasy. Not only does each monster bring back memories of all the times I’ve faced them in the past, but the story almost feels like a remix of past Final Fantasy games at times. There’s one section that struck me largely because it drew from my favorite string of titles. It’s a reenactment of FFVII‘s mako reactor bombing mission, except Reynn and Lann are riding FFVI‘s Magitech armor suits, they’re accompanied by FFVIII‘s Squall, and it culminates in a scenario inspired by FFIX‘s black mage mass production.

It felt familiar in a lot of ways. The map layout and background music gave me an uncanny sense of déjà vu, but the little wrenches thrown in from the other games was unsettling. World is constantly doing things like this, like when Tifa talks about her town Nibelheim, but when Reynn and Lann get there it’s clearly Midgar. It’s tapping into old memories, but then jumbling them all together.

That’s one concerning bit about World. There are sections earlier on that might have been just as cool to see, except I lacked the context to truly appreciate them. When Final Fantasy I‘s Warrior of Light showed up, it felt like it was supposed to be a “wow” moment, but it didn’t move me at all. (I never played the first game.) 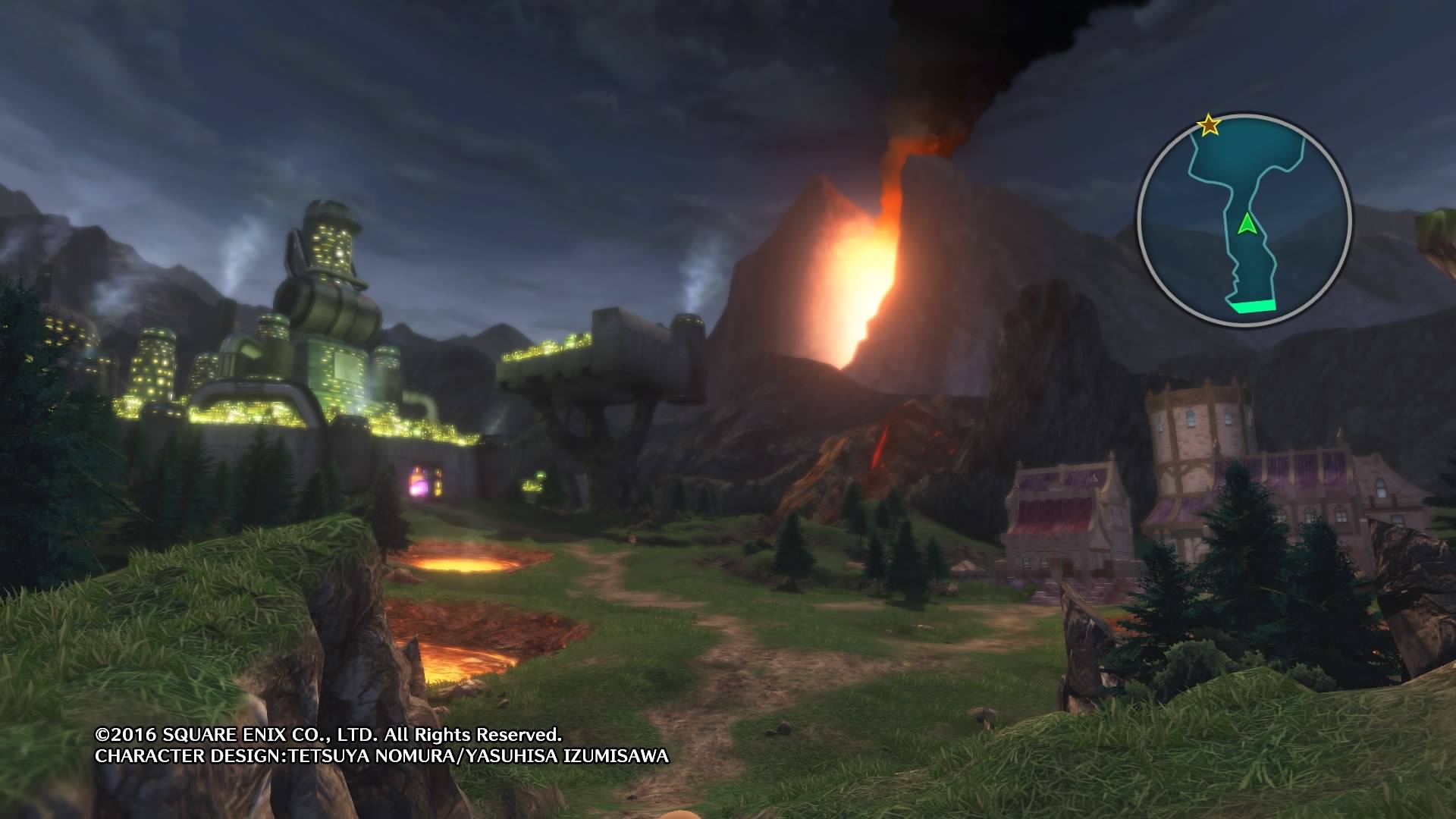 World of Final Fantasy is so heavily dependent on the player’s history with the series, it might fall flat at times for those whose experience is spotty or incomplete. It won’t be impenetrable for anybody who has never played a Final Fantasy before, but it won’t have nearly the same impact as it would on somebody who gets all the references and can bask in all the nostalgia.

As far as I am now (about 25 hours in, probably about 40-50 percent done), I can say the combat, progression, and monster hunting are all good efforts for the series. Once I finish up the story, I can add some thoughts on that and write up a full review. Keep an eye out for it.