With the Omega Collection, Sony has assembled WipEout HD (PS3), WipEout Fury (the expansion to HD), and WipEout 2048 (PS Vita), touching them up to feel more at home on PlayStation 4.

You probably don’t need me to tell you that it’s a must-play for long-time fans, so I’ll just add that even if you have little to no nostalgia for these anti-gravity racers, this is a tremendously good value. 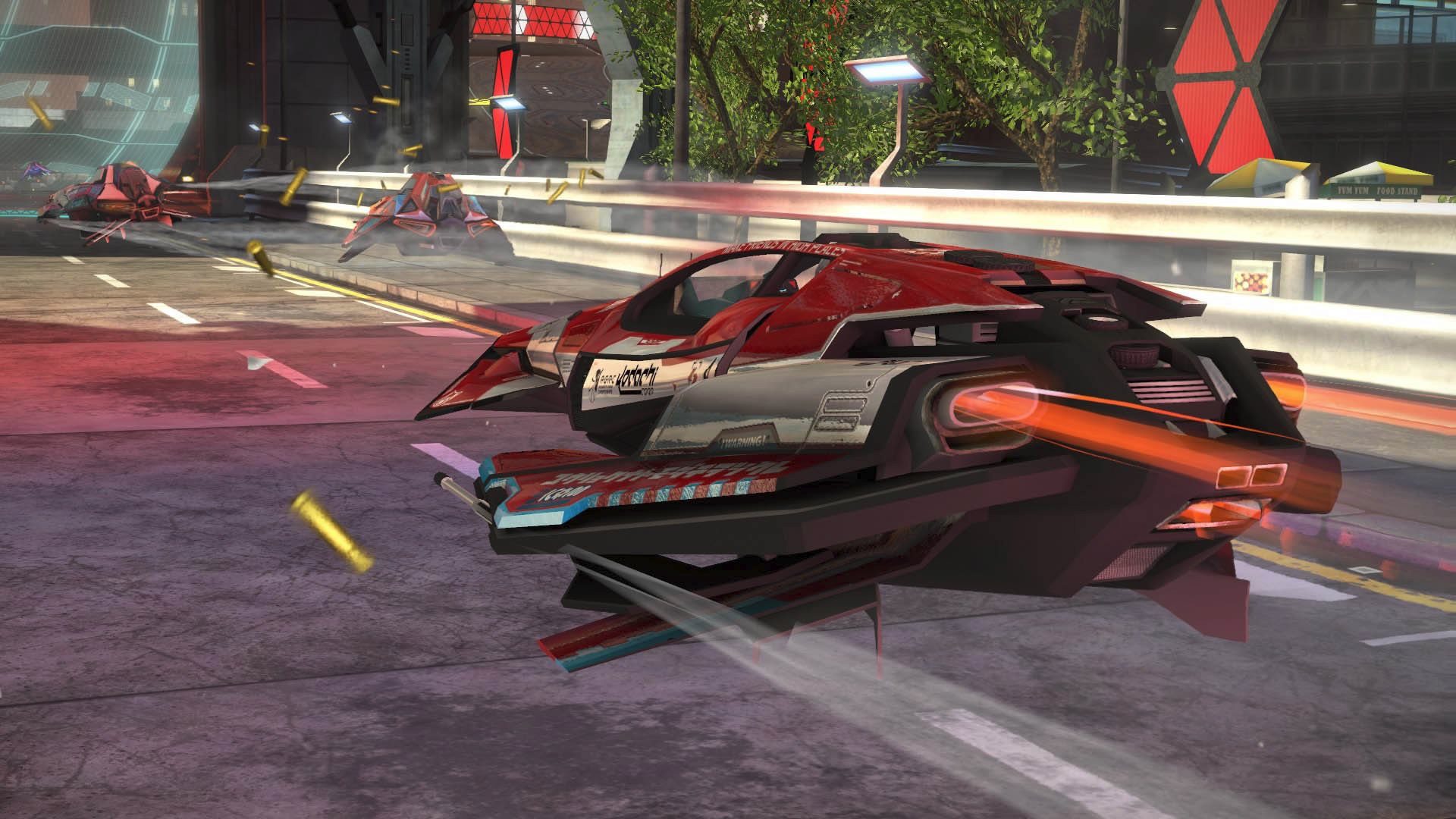 Aside from reworked textures and some new visual tricks, you’re also getting support for 60 frames per second and, with a PlayStation 4 Pro and the right television, 4K HDR. No PSVR support, sadly.

These games won’t look like they were made from the ground up with PS4 in mind (not that I’d expect them to), but they also don’t look outdated, due in large part to the lively, detail-packed landscapes that surround their futuristic tracks. (For reference, WipEout HD released in 2008, while 2048 debuted in 2012.) Rather, the main draw here is that all three titles look super crisp and are consistently smooth — and unlike some underbaked compilations, the interface in this package clearly wasn’t an afterthought. It’s seamless. Also, the load times: they’re far better in 2048 than you might remember.

I love the non-linear way in which you can play and unlock events, to say nothing of the fact that HD, Fury, and 2048 are presented as their own individual games for the single-player but are all easily and cohesively accessible from a list when you create custom races or set up multiplayer.

My plan of attack in each group of events has been to always go for the single-ship stuff (like Time Trial, Speed Lap, and the stamina-testing Zone) first to build up some familiarity and then attempt to face the AI in hectic weaponized death races. I find the latter events to be a little luck-based, and especially in the case of 2048, I need every last bit of good fortune I can muster. Something about that game’s wider tracks and busier visuals trips me up. Still, progress has been steady. All of the included titles do a good job of letting you not bite off more than you can chew — unless you actually prefer to crank the difficulty and only move on with gold medals and elite passes, in which case, more power to you.

Even as someone who never got deep into the series until now, it’s such a treat to see WipEout in the limelight again, even if it is thanks to a remastered collection and not an all-new entry (which I hope comes next). When everything’s going right and you’re barreling down the track, nailing all the dastardly turns like an omnipotent pilot with the exact right EDM jam playing, it’s such a euphoric experience.

Omega Collection is a great, approachable way into WipEout that slots nicely into the gaming landscape in 2017. As you’d expect, the featured titles hold up, and the interface that binds everything together here is clean as hell. It ticks basically every box I’d want from this type of package.

That said, before I can reach my final verdict, I need to try out the online multiplayer (it’s gonna be a bloodbath for me!) and push further into WipEout 2048. That’ll be easy enough to test from launch day on, so expect me to come back with a full Omega Collection review later this week.