Secret of Mana was one of the games that passed me by as I spent my time with other games, like Final Fantasy VI (then III), Metal Warriors, and the few other SNES carts I could afford on my allowance. As a result, I never got the chance to get attached to the Mana franchise, much less understand why people called for Seiken Densetsu 3 to be localized with similar fervor to the folks who still call for Mother 3 to cross the pond.

That said, I can say that while it feels like a throwback in some ways, Trials of Mana is, thus far, a refreshing and speedy romp, one that proves that a remake need not be hyper-ambitious (like a certain other classic JRPG revival released this month) to feel like it’s got the right idea. 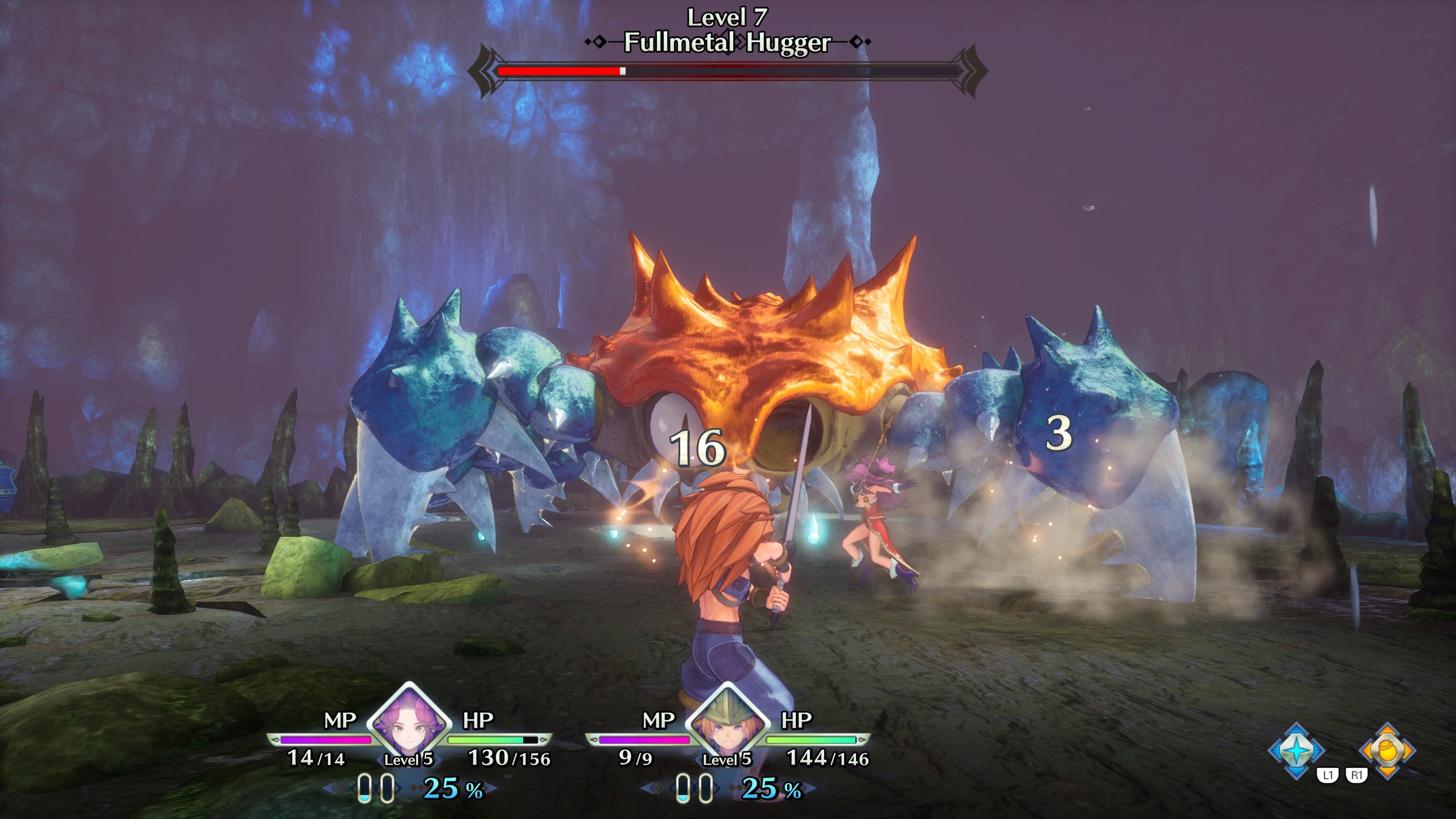 There’s a lot Trials of Mana shares with other unnamed remakes. It takes a classic JRPG and updates it for the modern age, mainly by adopting full 3D graphics and production values. But where one seems determined to subvert nostalgia-tinged expectations, the other favors repackaging a classic experience in shiny new wrapping. And it is shiny! Trials of Mana seems to bring the detailed character design work to life, at least as far as the named characters go. Everyone still looks like a classic JRPG archetype, secure in the Dragon Quest school of fantasy fashion.

In keeping with the classic feel, the focus is more on an ensemble cast of adventurers over a single protagonist or player cipher. This is reflected in the game’s unusual narrative structure. At the beginning, players are told outright to pick their party members, selecting a main character, primary companion, and secondary companion. The main character leads the story, while the primary and secondary companions chip in with side quests, banter, and reactions. Thus, Trials of Mana invites repeat play, tempting players to see what’ll happen with a different combination of party members. The marketing even hints at special events for, say, picking a party composed entirely of boys or girls.

For my part, I chose Angela the mage to lead my playthrough, with Duran the warrior and Riesz the Amazon in tow. She’s the princess of Altena, a chilly nation, growing chillier thanks to the fading of Mana’s magical influence in the world. To save her kingdom, Altena’s queen (and Angela’s mother), opts to sacrifice her only daughter in a ritual. When Angela refuses and skips town, the queen and her toady the Crimson Mage go to war to take control of other countries’ stones. First on the hit list is Valsena, Duran’s home.

The character’s stories are pretty personal, yet all intertwine in a way that belies the notion of picking a lead at the start of the game. Sure, Angela leads the party in my run, but the ways the threads run together makes it so that she’s not hogging all of the spotlight. Duran, whose personal story runs together with Angela’s, gets his own time up front, while even Riesz, whose conflicts and trials are located in far-off Laurent, has input into the proceedings. It’s a smart layout that makes things feel dynamic.

One point where the storytelling feels more flat is in the larger plot. Despite the personal nature of the character stories, all of it is subordinate to the larger, more straightforward RPG mood of having a squad of Good Guys go on a Big Adventure. There’s not much room for nuance or subversion in a story this archetypal, and the quests are, broken down, a long chain of hauling ass from place to place to assemble Sacred Powers to defeat the bad guys.

Still, there’s a refreshing quality to that level of directness. Trials of Mana is blessedly unburdened by the kind of sidequest-riddled open-world bloat that’s inflated so many major games (including the latest JRPG remakes). A helpful minimap even marks out everyone that’s important to the main plot, a godsend for a reviewer short on time.

Yet, there is still a good reason to slow down and explore, since helpful items and abilities can be discovered just by talking to unmarked NPCs or engaging with the world. The abilities, which can then be equipped to any party member, add special benefits, like stat boosts or other useful combat effects. 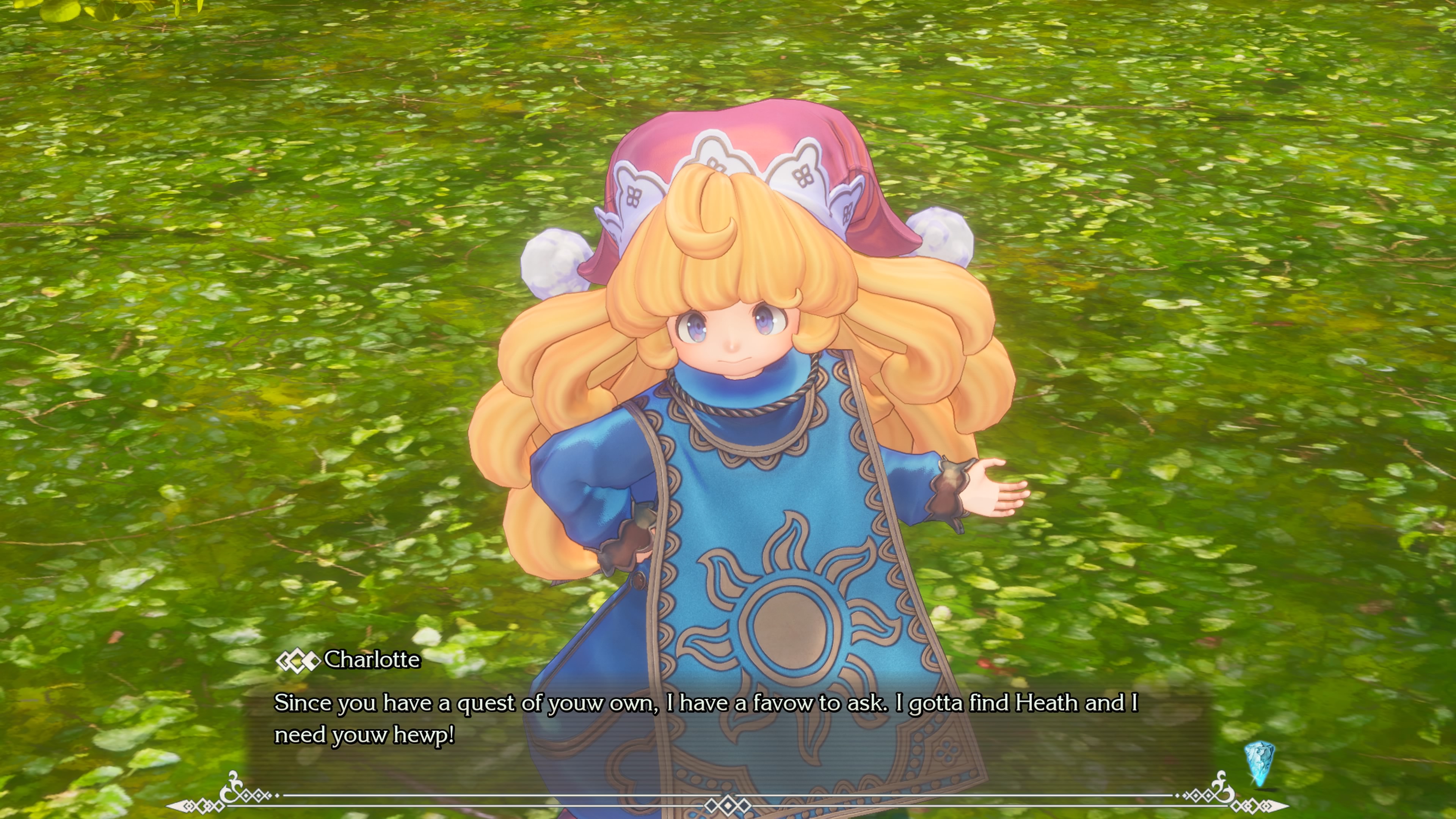 The combat has also been revamped, swapping to a real-time action-style system. Party members roam the battlefield, hacking away at enemies and using abilities. Most battles can be resolved quickly (with attendant experience bonuses for doing the job well), but boss encounters can be complex, with red-zone-of-death-style floor markers. That actually can get annoying sometimes, as the combat AI isn’t very smart about avoiding those markers. The result is a constant swapping of control, which can frustrate.

There’s still more to see in Trials of Mana, particularly the “New Episode” content and character classes, which I haven’t gotten to. And while I can’t tell you if Trials of Mana holds up compared to the 1995 edition, I can say that it feels like a fun romp in 2020.