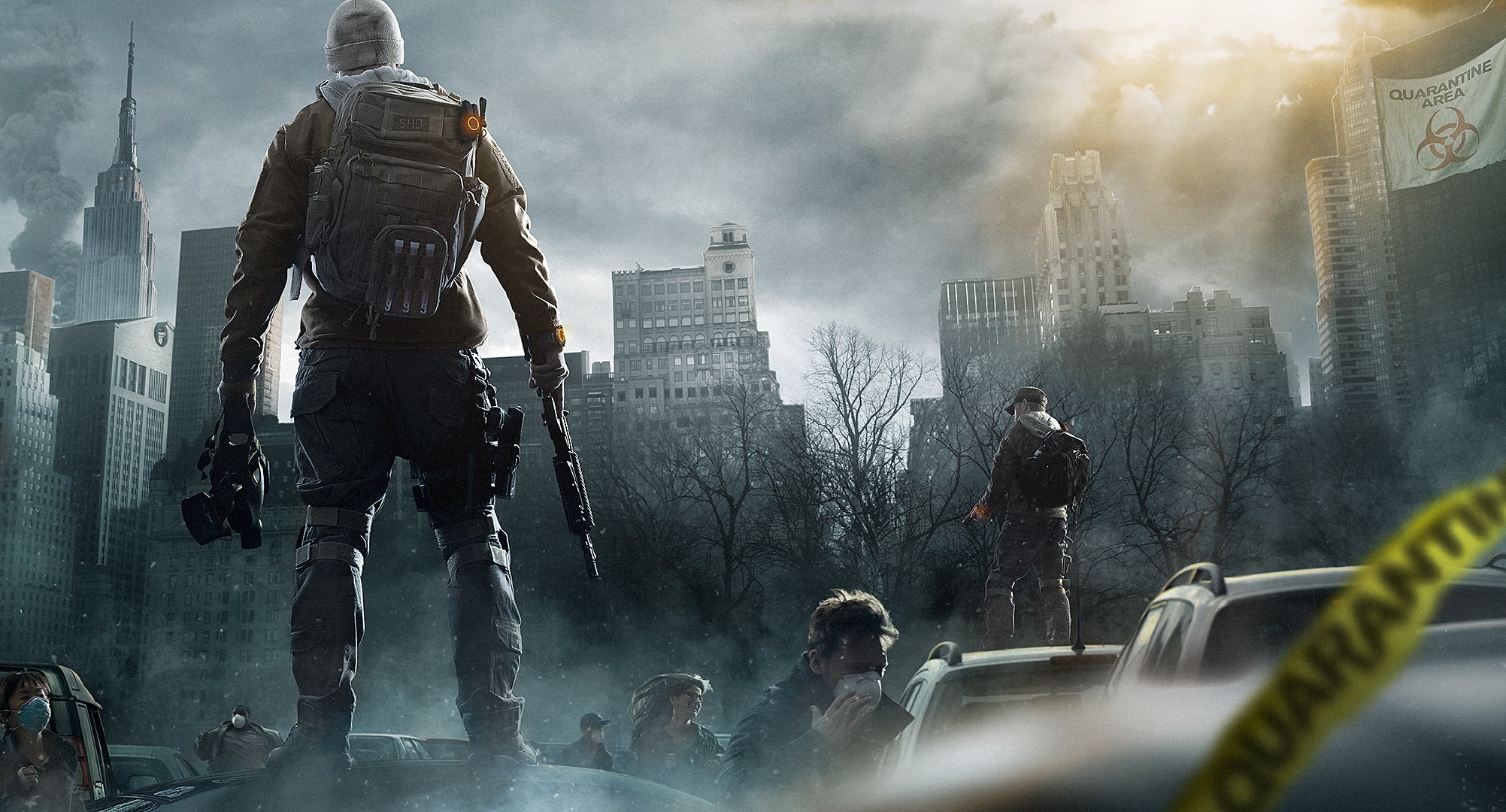 As previously announced, Ubisoft didn’t give out codes for The Division in advance, so there I was on launch day, pre-loaded copy in hand, eyes bloodshot after playing it all night.

Don’t expect our final verdict for several more days until we’ve combed through everything the game has to offer, but for now, here’s some early thoughts to help people decide whether or not to pick up a pre-order.

The “open world” shtick is a half measure, much like Bungie’s Destiny, which has been directly compared to Division (an apt comparison by the way, mechanically at least). Players can emote and vaguely interact with people in the sandbox at any given time, but it won’t amount to much more than a few chuckles every so often and is mostly restricted to safe zones, lest one opts for a matchmaking session (which you will need to use to interact with people outside of designated areas). With that said, I admire the attempt to put players into one giant city, and make it feel like it is a real world rather than a series of tunnels. Instead of flipping through a clunky menu of planets, you’ll start in the thick of it near a safe zone, with the option to simply wander around and start your adventure immediately. Once players exit the perimeter of any given instanced safe area, weapons are a go and the RPG begins.

Division‘s “last resort squad” story gimmick is just that, but it’s one that allows for relatively painless story transitions. Rather than deal with a heavy-handed narrative every few minutes or so that may or may not fall flat, the easily digestible idea that you’re basically a “Big Deal Spec Ops agent” that heeds the call of action is enough to justify the mission to mission pacing. You’ll also see a lot of the narrative told through “Incident Reports,” which are found lying around the world and give you a glimpse into the dire situation these individuals have been put in. It lends credence to the theme, much like the tattered visual representation the sandbox itself.

Manhattan as Ubisoft Massive sees it is fantastic, and it’s crafted to the point where it feels like it’s in ruins, without going for the full-on apocalyptic look. It’s a nice balance, as you’ll get a mix of locales to fight through. I’m not entirely sold on the missions a few hours in, as they don’t really amount to much more than “get in and kill or rescue a target.” They usually result in planned firefights, and are a bit odd when juxtaposed to the more unpredictable open world. It’s not that every objective is bad, per se, it’s just less imaginative than I’d like. I’m interested in seeing if that changes over time but the firefights are fast and frantic, which is a plus.

The Division is going to stretch its legs through the RPG element, but how far it will go is yet to be seen. Avatars can equip just about any type of weapon (and trash them at will for resources, much like Destiny), effectively altering one’s play style. Also, the ability tree is fairly robust, and you’ll be able to feel the impact of each power almost immediately. They have a weight to them in combat, from the early portable Ballistic Shield to the helpful Support Station. There isn’t an overwhelming number of skills available, but you can modify their parameters over time and on the fly, Diablo III style. Perks and talents offer a further degree of customization, tweaking these abilities in predictable, yet fun ways.

As for the online portion of Division, it seems relatively stable at the moment, barring some nasty issues right at launch. That may change as more users get home from work and clog the servers later today, but for now, I can at least connect and play, which is a step up from most major releases. We will continue to update regarding server stability over the course of the game’s lifetime, and provide an overall picture in the full upcoming review. We’ll also provide a better look at PVP in the future once I’ve had more time to test it.

For now, The Division feels partially by the numbers, which is Ubisoft’s thing lately, but there’s a lot of interesting elements once folks peel back the veneer a bit. At its worst it feels like a serviceable shooter, and I’m anxious to dig in more. It may not shock and awe the gaming world, but if you go in with a few friends and build a squad together, I can see the potential for both fun and fatigue.