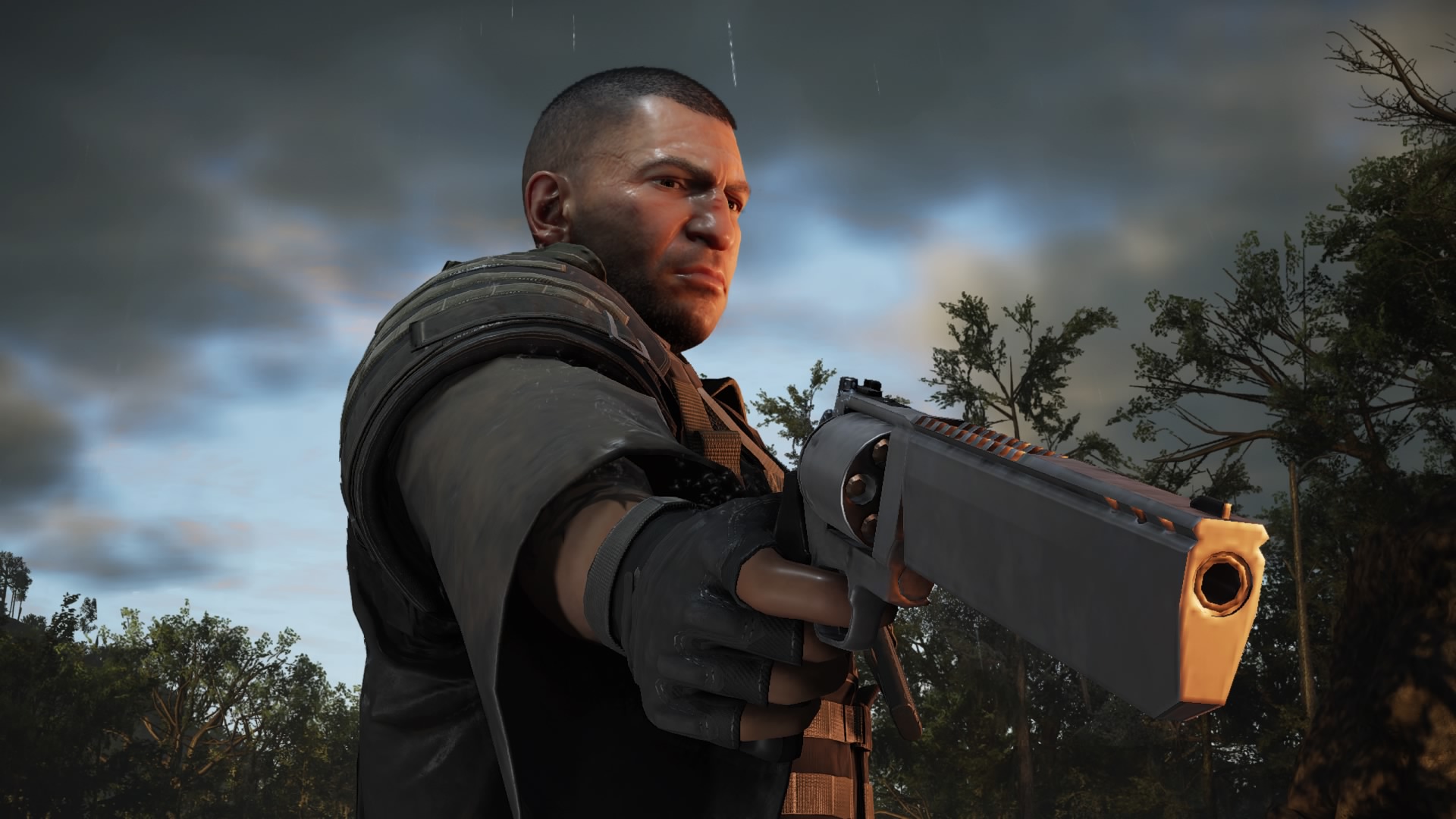 I think I’ve reached my Breakpoint

After making our way to a checkpoint and completing a mission objective, my co-op partner and I map out an escape route from the enemy base. We see a helicopter and gauge the distance, wondering if we’ll both be able to make it in time. As we split up to divert the enemy’s attention, I get downed while he jumps in the chopper. Not able to land and get me, I respawn to join him for the next phase of the mission. As soon as Ghost Recon Breakpoint finishes its 30-second loading screen, I’m put underneath the world and killed immediately. This isn’t a one-off occurrence.

During another mission, we’re tasked with evacuating an injured scientist. After gunning down some thugs and acquiring a getaway vehicle, my partner lands next to me so I can stow the scientist away. For unknown reasons, she dies in my arms and we fail the mission. After a restart, we’re put back quite a distance and need to drive to the checkpoint. We accidentally crash our car into a ravine and I jump out. My partner is stuck under the water and can’t exit, the game seemingly deciding his time in this world is over.

Instances like this happen in almost every mission we attempt. It’s a struggle to properly convey how bad Ghost Recon Breakpoint really is. Even after 10 hours of gameplay, I’m still at a loss for words at the issues and problems that keep cropping up. 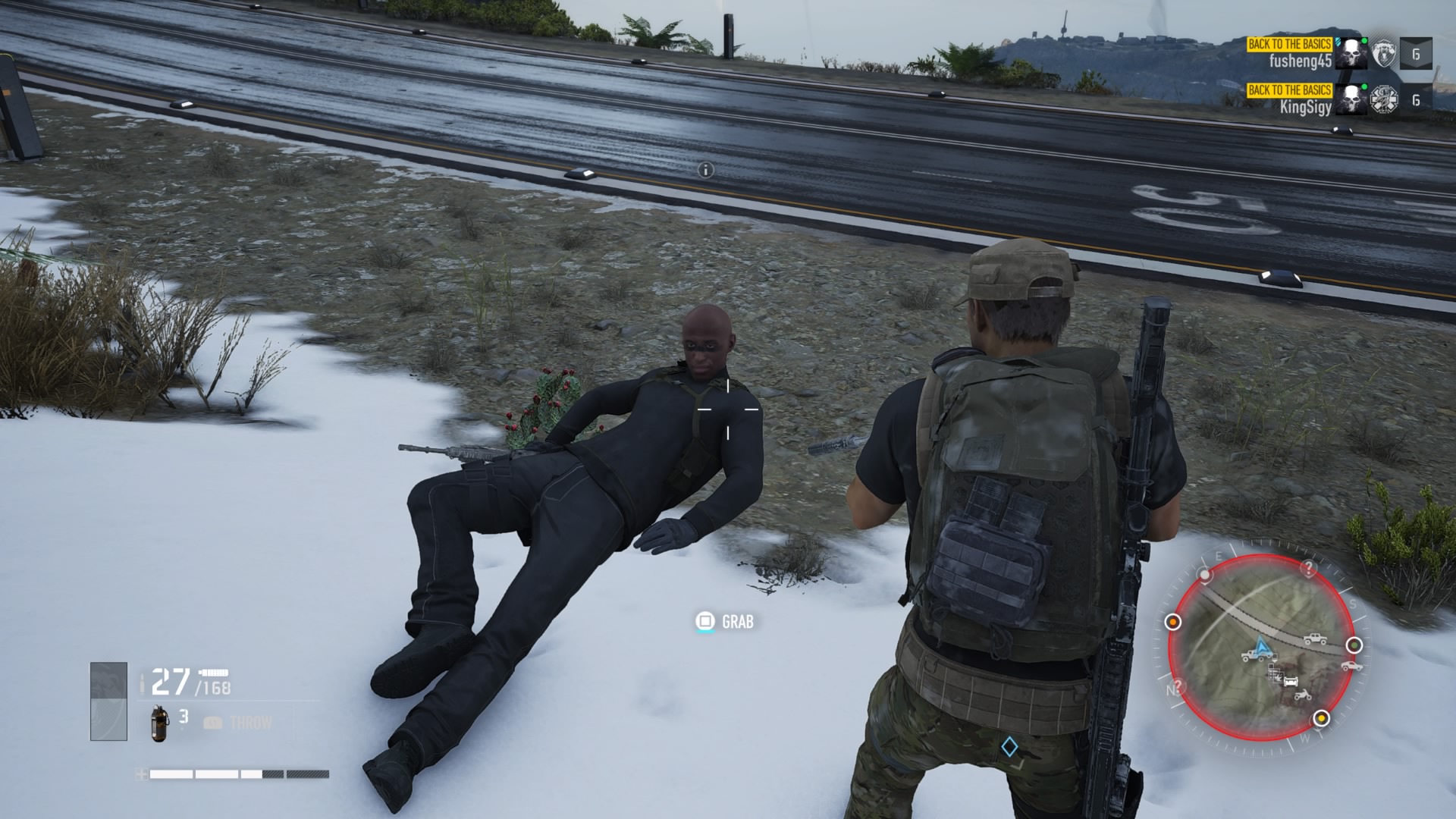 The extent of my knowledge of the plot in Ghost Recon Breakpoint comes from all of the pre-release promotional material I’ve followed. The actual intro cutscene for the game explains next to nothing about what is going on. In a mock commercial for the Skell Corporation (which is likely taking inspiration from Metal Gear Solid 4‘s mock commercials), you’re treated to an advertisement for “World 2.0.” Not really stating what that is, it seems the fictional setting of Auroa is a testing grounds for what Skell hopes to achieve in the world.

Shortly after, the game begins in medias res with Team Ghost flying to the island in various choppers. Pulling out all of the stops, it looks like a massive squad is coming to stop LTC. Cole D. Walker – played by Jon Bernthal – from exacting revenge with his drone army. About a minute or so into some briefing, your chopper is shot down and you’re stranded on the island alone. You’ll proceed to do a single, prolonged stealth mission with no assistance before you make it to the camp of Erewhon, a remote haven based in a mountain of the South Region of Auroa.

While not a bad premise for a game, this early mission is the only moment where any of the potential for the open-world setting is realized. It’s a bit too easy as you’re able to walk 200 meters away from enemies, thus negating their presence, but at least you’re given options in approaching objectives and need to play in a cautious manner. Once you get to the camp (which functions similarly to the shared hub in Destiny or The Division), the game turns into a boring, grindy, drawn-out affair. 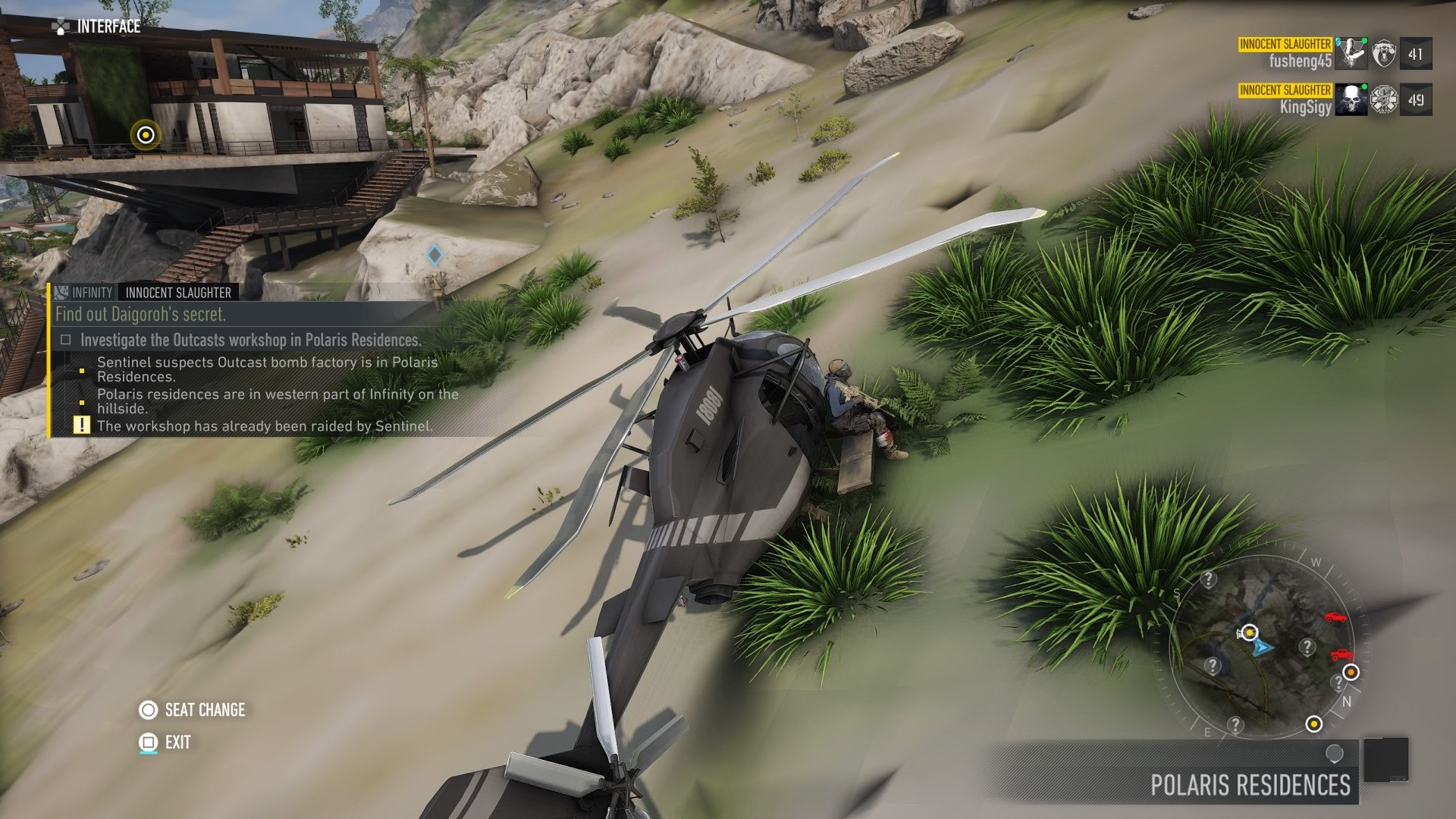 Endless tutorials explain pointless facets of the menu system. There’s weapon customization, character customization, gear levels, skill points, different perks, classes, loadouts, etc, etc. It goes on and on and never amounts to much of anything.

What I mean is, once you’re actually playing the game, all of the extraneous new features in Breakpoint take a backseat to playing missions exactly as you would in Ghost Recon Wildlands, this game’s immediate predecessor. As the intro mission details, you’ll occasionally become wounded after sustaining too much damage and need to bandage yourself. The tutorials make it seem like you need to be crafting syringes constantly (oh yeah, there’s a crafting system!), but you can use the infinite supply of medkits you have to heal those wounds.

Your stamina meter for sprinting and climbing will also decrease over time if you don’t drink from your canteen. I say decrease, but the penalty for ignoring canteens is that you lose about 10% of your stamina, which can be boosted through an unlockable skill and even given faster regeneration. I completely ignored all of that and haven’t run into a single instance where it would matter. 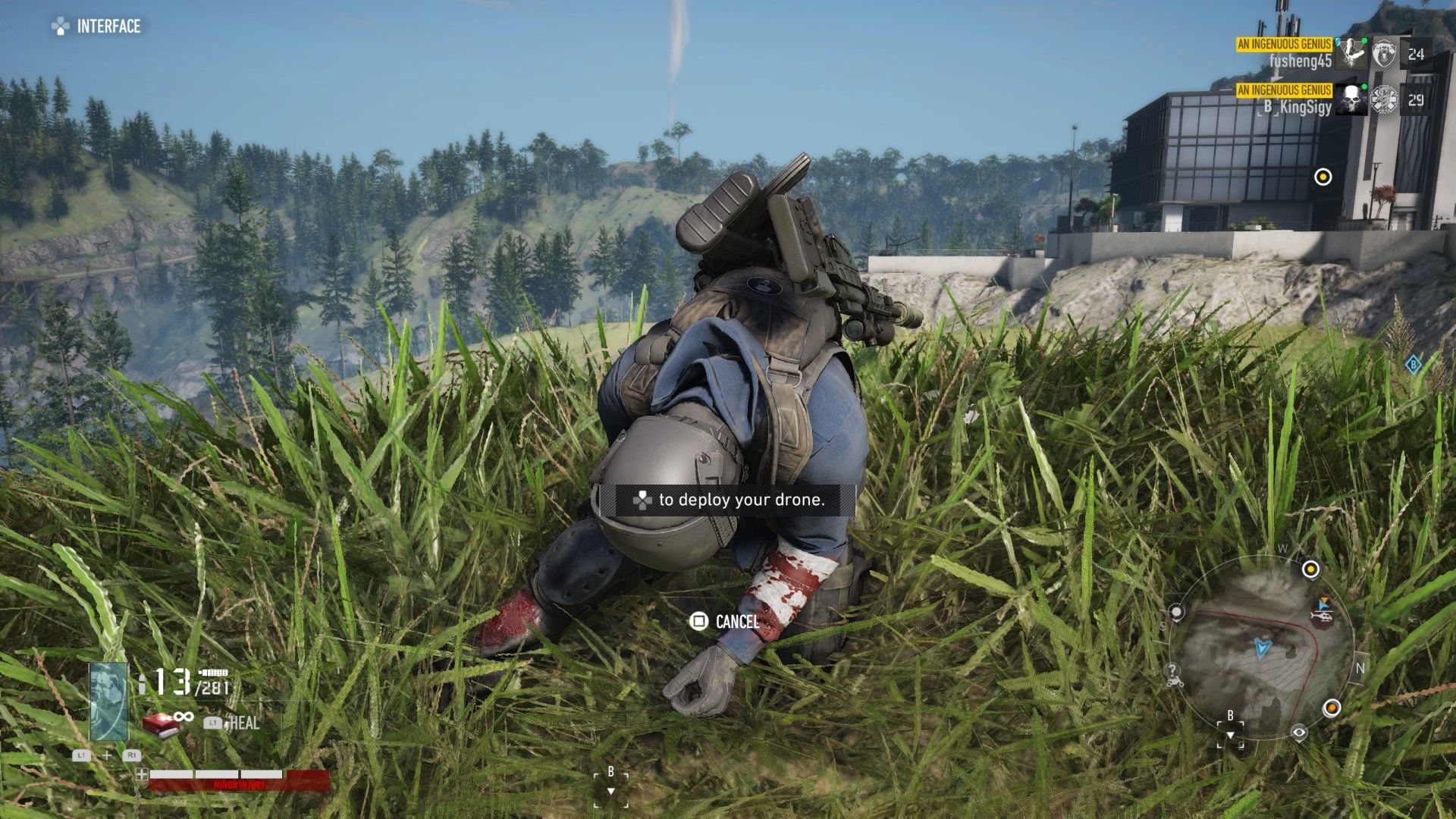 It doesn’t help that navigating Breakpoint‘s menu is sluggish. The cursor moves at a snail’s pace and certain menu screens will occupy more than your full screen. In the equipment loadout, for instance, you can move the cursor freely from top to bottom and select a different tab. On the map, the cursor now controls scrolling, so you’ll have to either zoom out all the way or scroll completely to the top of the map before you can change a menu option. Pressing R2 or L2 will let you change tabs, but if the tab you want is three over from your current one, you have to wait for the next page to fully load before you can swap again.

Inconsistencies like this even continue on to the in-game HUD. While a very welcomed “Pin” system lets you keep track of multiple objectives at a time, things like your health meter and mini-map will frequently disappear for no apparent reason. There are options to hide the HUD and even change the frequency of its presence but set to “Always,” I’ve found my mini-map vanishing for one reason or another.

This isn’t even getting into an explanation of the actual gameplay, which plays almost exactly like Wildlands, just with slower movement and a bigger map. The missions are all the same nonsense and see you traveling upwards of 15 km from checkpoint to checkpoint and killing people. You can stealth in, but the AI is so confoundingly stupid that the best option is just to shoot everyone. Even on “Extreme” difficulty, tactics don’t matter. You’ll die, sure, but the checkpoints are super generous and all this emphasis put on Gear Score and leveling up amounts to a bunch of baloney. You can headshot everyone regardless of your gun’s damage output or the enemy’s so-called level. 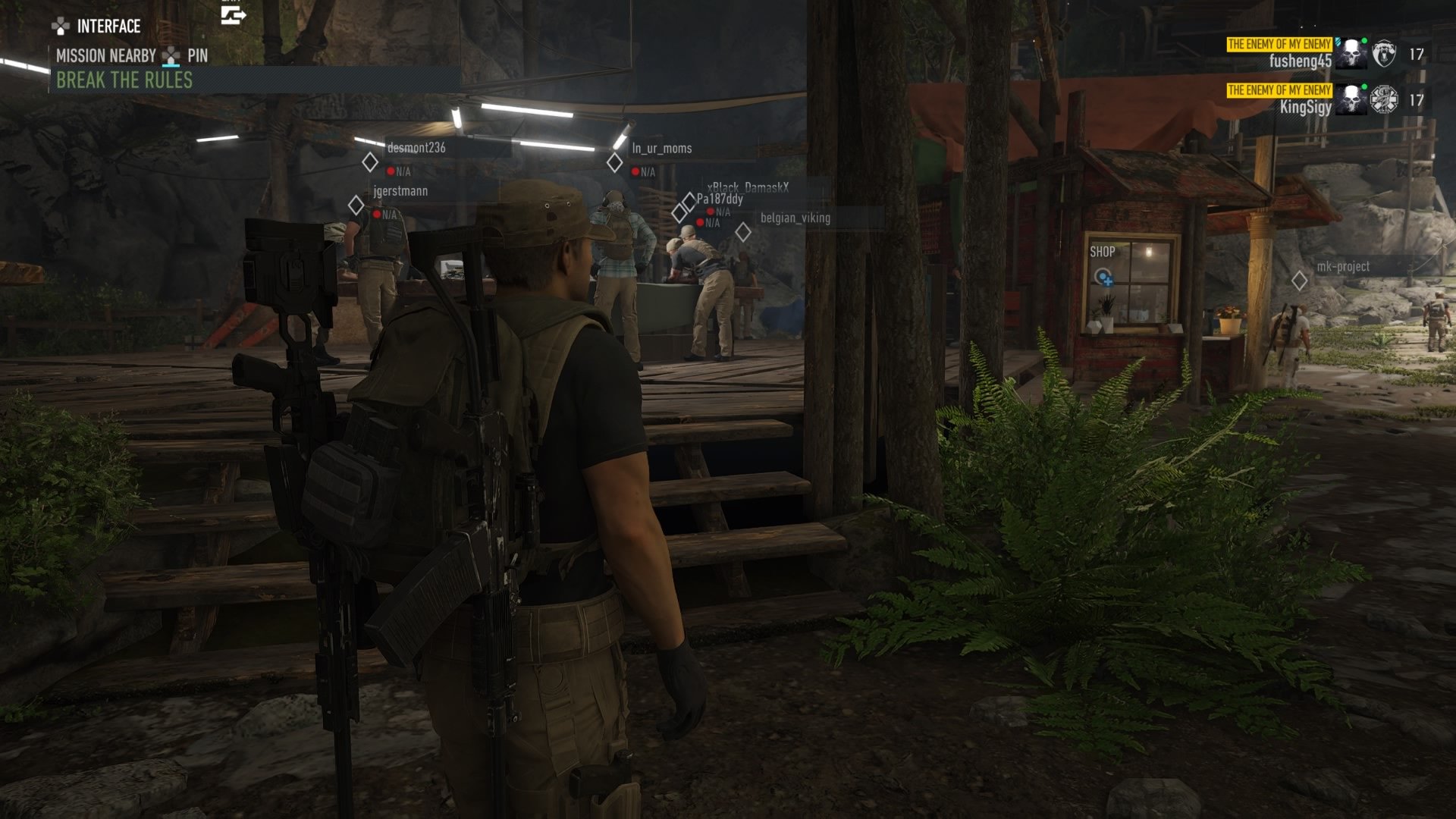 Breakpoint is like a bunch of half-formed ideas thrown into a blender and then poured out on the table. Whatever chunks Ubisoft found floating in the mess, it cobbled them together to create the whole of this game.

Many times during my playthrough, I found myself wondering, “What would Tom Clancy think of this?” While not a perfect author, the man strived to imbue his novels with a sense of realism. Grabbing a Tom Clancy book meant you could expect a certain degree of believability in the plot and setting. The man even famously told the director of the Sum of All Fears adaptation that scenes in the film were bullshit, accepting nothing less than strict dedication to the facts.

I have to imagine the man would be devastated at Breakpoint. This game couldn’t be farther from the branding that Clancy built if Ubisoft tried. It really does feel like the studio no longer has any idea of what to do with Ghost Recon and is now attaching it to its F-tier titles to make a quick buck. There is no excuse for how buggy, broken, and utterly bland Breakpoint is.

While I’ll reserve final judgment for when I get around to the Ghost War PvP mode, anyone thinking about grabbing this for a single-player or co-op run should look elsewhere. This is not worth your time, money, or effort to see through. Even Wildlands, as much as I disliked it, is a better purchase.

[This Review-in-Progress is based on a retail build of the game provided by the publisher.]