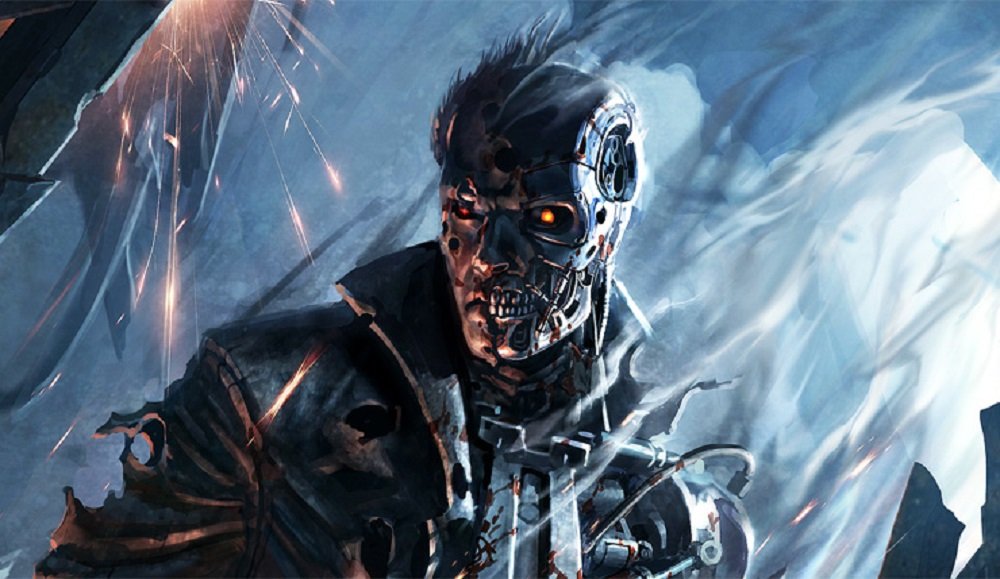 Ever since Bethesda’s MS-DOS effort way back in 1990, Terminator is a franchise that has been revisited time and again by various developers across almost every gaming generation. With its exciting, time-jumping storyline, futuristic weaponry and vehicles, explosive action, and suspenseful sci-fi overtones, the Terminator universe seems custom made for great video game releases.

Despite this, Terminator is a franchise that has often struggled with quality. While the world and its characters – such as Sarah and John Connor, as well as big Arnie himself – have made repeated appearances in gaming over the past few decades, developers have often struggled to truly nail the franchise’s full potential – though they have come exceptionally close on a number of occasions.

This time, it’s the turn of Polish studio Teyon to take a crack at the iconic franchise with their new first-person shooter/RPG Terminator: Resistance. Easily the studio’s biggest release to date (their last major title was Rambo – The Video Game), I took to the front line of the Future War for a few hours, to see whether Teyon’s title is looking to be a T-1000, or just a rubber-skinned remnant of the 600 series.

Terminator: Resistance doesn’t take its cue from any of the mainline movies, choosing instead to set itself in 2028, some three decades after Judgement Day, but before John Connor’s mercenaries stormed the wire and smashed those metal motherfuckers into junk. The world is slowly dying in the miserable aftermath of nuclear war, as the forces of Skynet continue to push across America, while small pockets of survivors live a miserable existence among the rubble and lumber of a ruined civilization.

Into this living nightmare comes resistance fighter Pvt. Jacob Rivers, whose Pacific Division has just been wiped out after an ambush on the “Annihilation Line” – the name of the ever-encroaching wave of Skynet forces. Barely escaping the encounter with his life, Rivers joins up with a ragtag party of human survivors, and makes plans to contact the remaining resistance soldiers, where he will inform them of a terrifying new weapon: a Terminator infiltration unit that can perfectly replicate the guise of a human being.

Terminator: Resistance is a genre-blending title that mixes first-person action with stealthy exploration. Taking the Jack-of-all-Trades approach, Resistance also features RPG elements such as an XP meter, ability points, skill-trees, and unlockable talents. On top of this, the obligatory crafting mechanic is also squeezed in. With each mission, Pvt. Rivers leaves the sanctity of his current safe house in order to explore the land and complete dangerous objectives, some to further his own mission, and others to help out fellow survivors, which so far boils down to fetch quests.

On first impressions Resistance gives off the vibe of being an open-world title, but it is more accurately a selection of smaller mapped areas, with the start of each mission automatically teleporting Rivers to the location in question. Once there, Rivers can employ stealth tactics or all-out run ‘n’ gun warfare to deal with a varied platoon of Skynet units, including automated spiders, walking turrets, the explosive “Silverfish” and, of course, the Terminators themselves.

While out in the field, Rivers can also scavenge for materials with which to build lockpicks, medikits, ammo, explosives, and enemy lures. Disabled enemies can also be scrapped for weapon upgrades. Once back home, Rivers can chat up his fellow survivors, learn their tragic backstories, and make painfully obvious dialogue choices, most of which so far have consisted of “Be Friendly” or “Don’t Be Friendly.”

In my time with Terminator: Resistance thus far, everything I’ve encountered has been adequate, but not one element has excelled. In regards to presentation, combat, voice acting, writing, map design, or dialogue interaction, everything is acceptable, but just not inspiring. Characters are trope-tastic and the script predictable. Combat is satisfactory, but not exciting. Tired elements abound such as finding diary entries from unseen locals. There’s even a “detective mode” that allows you to look through walls. Resistance, from minute one, persists in feeling like numerous familiar games from previous generations. From a visual perspective, there’s a strong effort to capture atmosphere, with solid use of light and shadow and some impressive explosion effects.

Not every video game release has the bottomless pit of cash that funds a Call of Duty or a Borderlands and we shouldn’t expect them to. Many great releases in the last 12 months were built from a modest budget. But, aside from its budgetary limitations, there is an undeniably dated flavour to every element of Resistance, wildly derivative and lacking in originality. It should also be noted that the story campaign is all that is on offer here. There are no alternate modes, multiplayer options, or extras – although you may wish to replay to see the game’s alternate endings. Regardless, at a full $60 on consoles, that’s a very tough sell in the current climate of releases.

Several hours into its campaign, the best adjective for Teyon’s take of this famous franchise is serviceable. So far it has been a mildly entertaining, if wholly derivative adventure, comprised of overly-familiar gaming mechanics, but at least performed to an adequate standard. It wears its shortcomings on its cybernetic sleeve, and cannot hide its dated design. Still, Terminator fans with money to burn might find a weekend of entertainment.

[This Review in Progress is based on a retail build of the game provided by the publisher.]