Have we reached peak Star Wars? According to Disney, it hasn’t even begun to peak (from a monetary standpoint). After a light “hiatus” comment was thrown out following the fatigue the much-maligned Solo created, audiences assumed that the franchise would slow down a bit. Cue the Salacious Crumb laugh track.

Disney has multiple subfranchises planned for the big screen, several TV shows (including the newly confirmed Obi-Wan series), video games, tabletop releases, the list goes on. You can add Star Wars Jedi: Fallen Order to the pile so to speak, but with Titanfall developer Respawn at the helm and the phrase “single-player action game” as the selling point, the prestige and promise alone is enough to turn some heads. 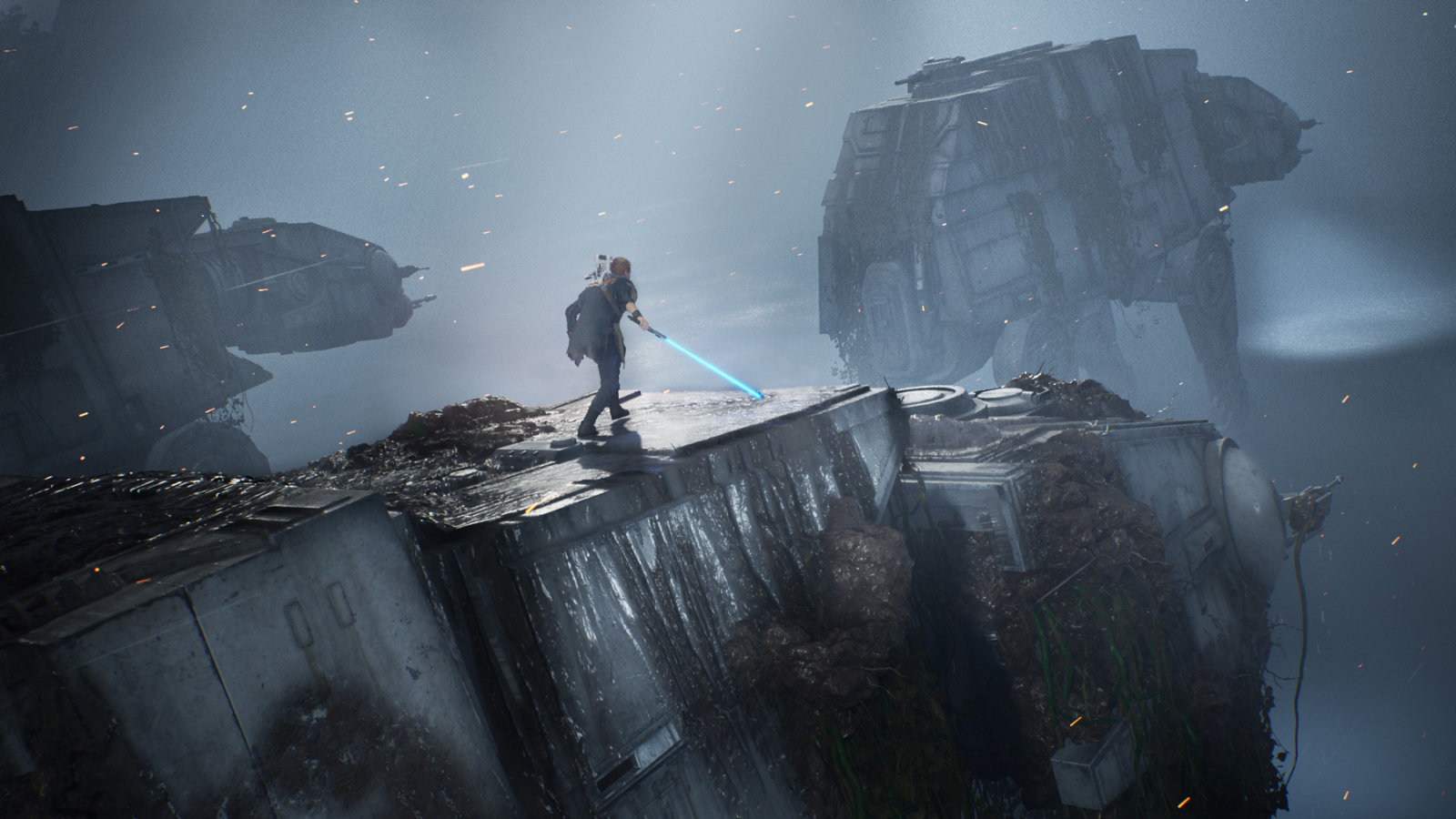 In case you need a recap of all of the wars that have been happening in Star Wars, Jedi: Fallen Order takes place between Revenge of the Sith (Part III) and A New Hope (Part IV), after the Jedi are forced into hiding. This is the common “sweet spot” for many expanded universe (RIP) tales, as there’s plenty of room for “secret Jedis” to pop up for the mystique factor, Darth Vader is fully formed and running around for dramatic effect, and you aren’t stepping on any established canon toes. That last bit is super important now with Disney at the helm, protecting their sacred cow more than LucasArts ever did in the past.

Cameron Monaghan, who plays our hero Cal Kestis, wouldn’t feel out of place in a big-budget proper Star Wars film. I’ve watched this kid grow up through the TV show Shameless (which he’s been on for nearly 10 years now) and become a fine actor, and the choice to cast him makes a lot of sense. Star Wars media always has that Hollywood feel, drilled home by the fact that Forest Whitaker also lends his voice into the mix, reprising his Rogue One role.

EA making an actual video game in 2019 is a bold move in this labyrinth of live service, but it feels like a cop-out to allow that notion to elevate Jedi: Fallen Order merely because it exists. It’s Tomb Raider, with natural landscapes that beg for platforming opportunities. It’s (I’m not going to say it!) Sekiro (ha! Got you!) with its “bonfire” (meditation stations) mechanics and fleeting XP upon death. It’s Arkham, where light exploration is rewarded and enemies come at you in droves. It’s also Star Wars. Cute droid companion? Check. Stormtroopers hassling citizens? Check. Melancholy force-sensitive protagonist. You better believe that’s a check!

Cal’s journey kicks off into overdrive once The Empire (led by a Sith Inquisitor named Second Sister) finds out his true identity as a Jedi. Forced to leave his job as a welder (in which he was possibly was days away from retirement!), Cal is aided by a few mysterious benefactors and tasked with rebuilding the Jedi order. Well, maybe he should find himself first or something, but if that’s what they want. As part of the journey you’ll be planet-hopping, which is showcased through some incredibly impressive backgrounds: among the best of the entire Star Wars game pantheon. There’s ships flying about and breathtaking views, all accompanied by a great score. Respawn did good.

That said, even in “performance mode” on a PS4 Pro (forced 1080p for framerate stability) there is stuttering, especially in the open world portions. I’m also a bit worried about the level design in spurts, as the team seems to love packing in goofy Mario 64-esque gamey slides. So far combat is more than enough to make up for those portions (lightsaber use is fluid, and “just defense” parries that push back attacks or fling back blaster bullets are satisfying), and I like that you actually need to figure out how to approach platforming sections instead of having it all handed to you.

My planet exploration days are early yet, and there’s some issues lurking in the darkness, but for the first time in a while I’m enamored by a Star Wars game. I don’t know if it’s going to reach God of War 2018 heights, but right now it’s trying. Jedi: Fallen Order is safe, but a pleasant surprise nonetheless.