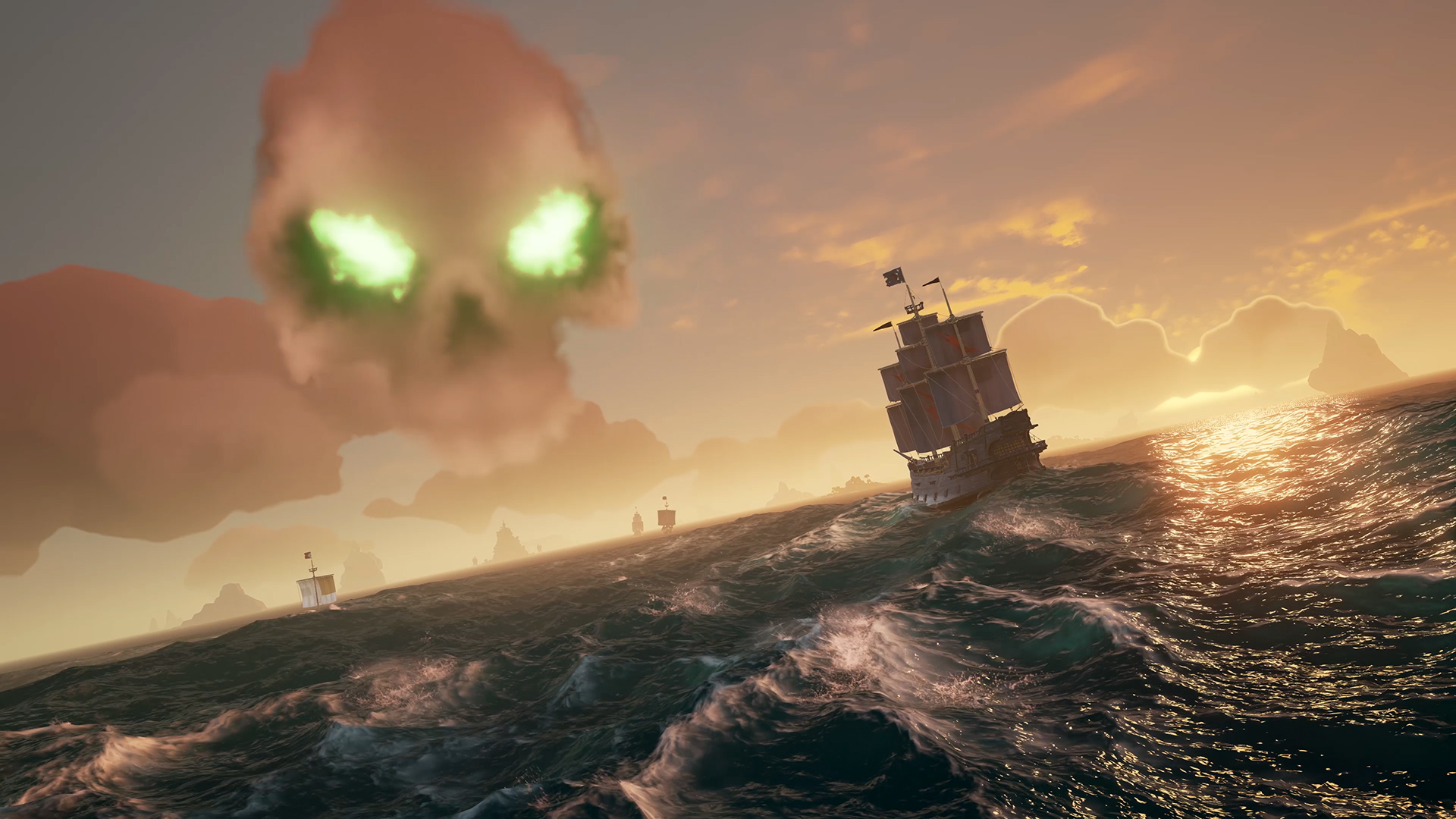 Sailing takes me away

Sea of Thieves has an amazing foundation. That’s clear from the outside looking in, and the feeling washes over you the first time you board your ship, chart a course, raise the anchor, lower the sails, and set off adventuring in a shared world in which other crews are out there doing the same. It’s magical.

But how long will it last? How long can a social-driven sandbox game stay engaging once you’ve grown accustomed to the quest types, fallen into a groove, and the initial whimsy starts to subside? That was the question coming off of the Sea of Thieves beta, and it’s one I can’t fully answer yet.

Most of my time with the beta was spent in a full four-person crew, which is the ideal way to play Sea of Thieves if you can scrounge up reliable, like-minded, communicative players. (Matchmaking, as you can imagine, is very hit-or-miss. Some people are on different wavelengths.) We’d divvy up duties, with some of us on navigation and steering, and others manning the cannons and running below deck to patch up any leaks that would spring when we inevitably took cannon fire or docked too close to shore.

My time with the full game, on the other hand, has so far been alone or in a two-person crew. Solo play can feel like a much different experience, for better and for worse. It’s satisfying, harrowing, and at times even relaxing to be the sole person in charge of a ship; you run the whole gamut, and there’s a better sense of ownership. I didn’t think I’d care to journey on my own, but I’ve had a wonderful time sailing aimlessly, pausing only to investigate the odd sunken ship or conspicuous island.

Questing isn’t quite so enjoyable alone. Sea of Thieves has three main trading companies: one that sends you searching for buried treasure (X marks the spot!), one that asks you to capture animals and haul precious cargo, and one that’s all about dueling with skeletons. The actual sailing is perfectly manageable on your own, but there’s inherently more busywork as you lumber back and forth with a chest, cage, skull, or whatever it is you have to turn in for your reward at an outpost.

As you take on voyages from the different trading companies, you’ll gain reputation and rank up with each of them, unlocking more complex (and better-paying) quests and the ability to buy exclusive gear. Aside from the endgame goal of becoming a “pirate legend” and accessing a special hideout, progression in Sea of Thieves is cosmetic. Your hard-earned gold can go toward clothes, accessories, hair styles, equipment, and weapons, but it’s all about fashion. The same goes for putting your own personal stamp on your ship’s exterior and sails — it’s cosmetic. That won’t sit well with everyone.

As it stands, I feel like I fall somewhere in the middle. I think there’s enough to do in Sea of Thieves at launch as someone who is sufficiently motivated by the journey itself and the desire to look fab out on the open seas. I like that everyone’s on equal footing, gear-wise. But I can also sympathize with people who need a bit more incentive to continue playing past the honeymoon period. It’s clear that Sea of Thieves could stand to have more pieces in play, more ingredients to help bring out wild unscripted moments as player-led crews clash or cooperate with each other. I’m certain Rare knows this.

I’ll have more to cover in the full review once I’ve solved multi-part riddles, cleared out all the waves in a skull fort, and hopefully taken on the kraken. I’m a no-name pirate who’s still feeling things out. There’s also server stability to discuss. I’ve only run into connection issues once — a 20-minute-or-so period where I couldn’t play — but things could easily change for the worse as more players pile on.

I like Sea of Thieves, but I don’t love it — at least not yet. It’s easy to dream up a wish list of features and elements Rare could introduce to exponentially spice up the game, and I have to imagine there’s plenty of fun stuff in the works. For now, though, what you see is largely what you get. If your gut is telling you Sea of Thieves looks too light on content to last you all that long, you’re best off waiting and seeing.

With sustained support, this could become a multiplayer classic. Consider my fingers crossed.