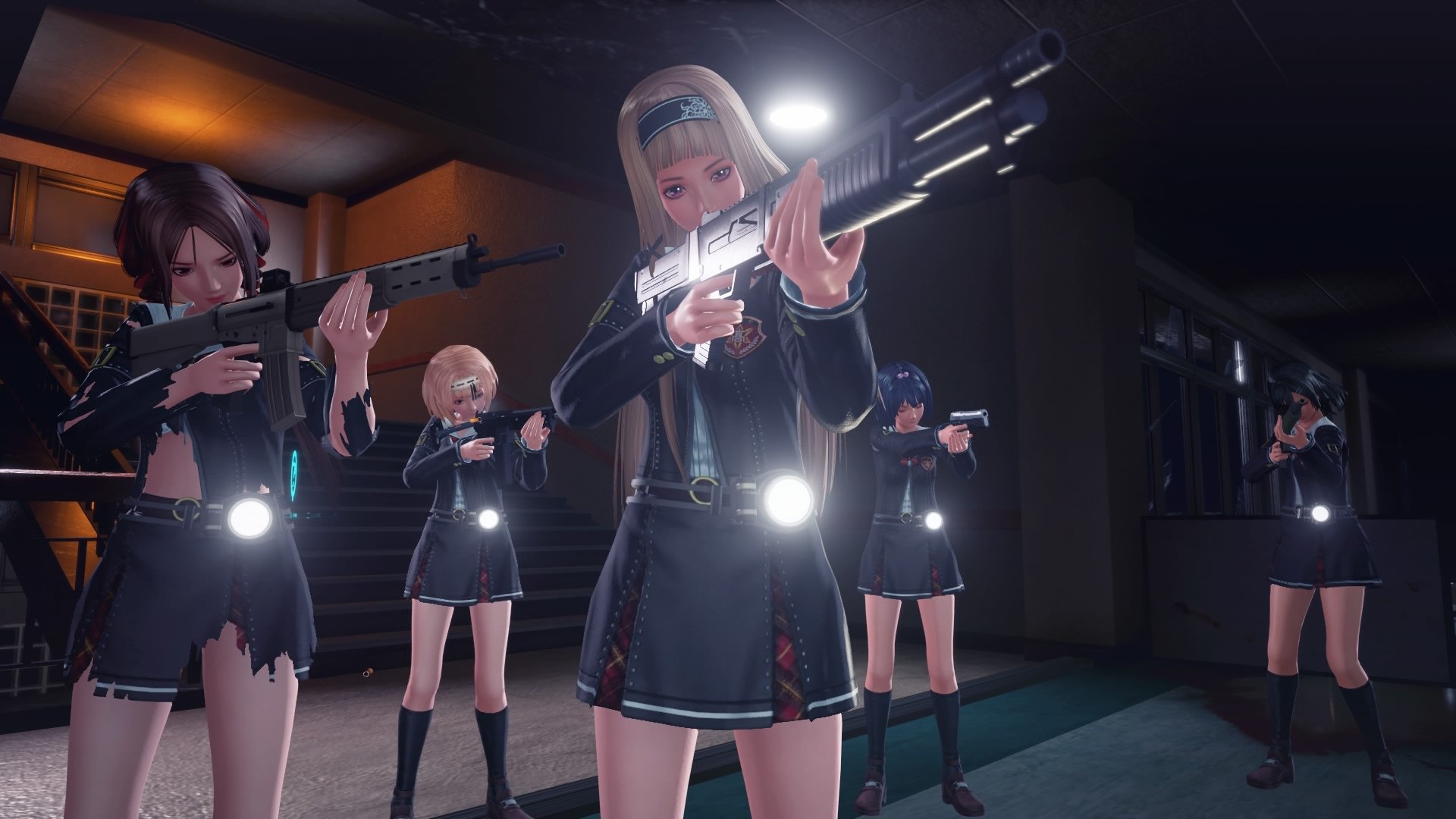 I’ve never played any “sexy” Japanese games before, so School Girl/Zombie Hunter signifies the very first time that I’ve dipped my toes into the genre. Needless to say, these impressions, as well as the inevitable followup review, are coming from the perspective of a total novice.

I’m fairly close to finishing my first playthrough of the game on normal difficulty, but I’d like to take it through the paces a bit on a harder difficulty as well as try out the online co-op before I make a final verdict.

So far, I’m surprised at just how much I’ve enjoyed it. It’s dumb. It’s extremely dumb. We’re talking about a game where you play as a high school girl who throws their used panties at hordes of zombies (aka “zom zoms”) to distract them. Surprisingly, however, there’s a pretty severe lack of “sexy” on offer here. It also more closely resembles the gameplay of Earth Defense Force than its hack and slash origins in the Onechanbara series, where it spawns from.

This whole damn thing is hilarious. Without going too far into details, a few of these characters are terrible fucking people. The exaggerated shallowness of them has really highlighted just how off-the-rails this whole game is. It’s like an old, 70’s exploitation flick where all of the characters are portrayed as almost cartoonish in their personalities. It’s all or none with these ladies.

Outside of the story, the game is definitely lacking a bit. The combat feels quite dated, and, honestly, the whole game does too. This could have easily released in the early stages of the Xbox 360’s life cycle. This is a budget title designed for an extremely niche audience (you know who you are).

As I touched on earlier, School Girl Zombie Hunter doesn’t offer as much fan service as I initially expected. In fact, it almost feels like it’s mocking its target demographic at times. Instead, what you get is a goofy delivery that has more in common with the movies Samurai Cop and Miami Connection than your typical zombie fare. Everything is presented as tongue-in-cheek to the max.

I’m at a point right now where I’m trying to decide if it’s “so bad it’s good” or leaning towards the former half of that phrase. There’s definitely some promise here, but it remains to be seen if it can deliver throughout. After I spend a bit more time with the content on offer, I’ll get back to you with a concrete verdict. Until then, I’m going to get back to killing zom zoms.

Filed under... #Aksys Games#reviews in progress