Prey has me shook. I’ve seen plenty of aliens and they’re all intimidating, but at least they’re an obvious threat. It’s the ones I can’t see that have me paranoid, inching closer to a desk that could very well be just a regular desk. “But why would there be two coffee mugs on one desk,” I ask myself, steeling my nerves for something to suddenly shapeshift and attack me.

It was just a regular desk. 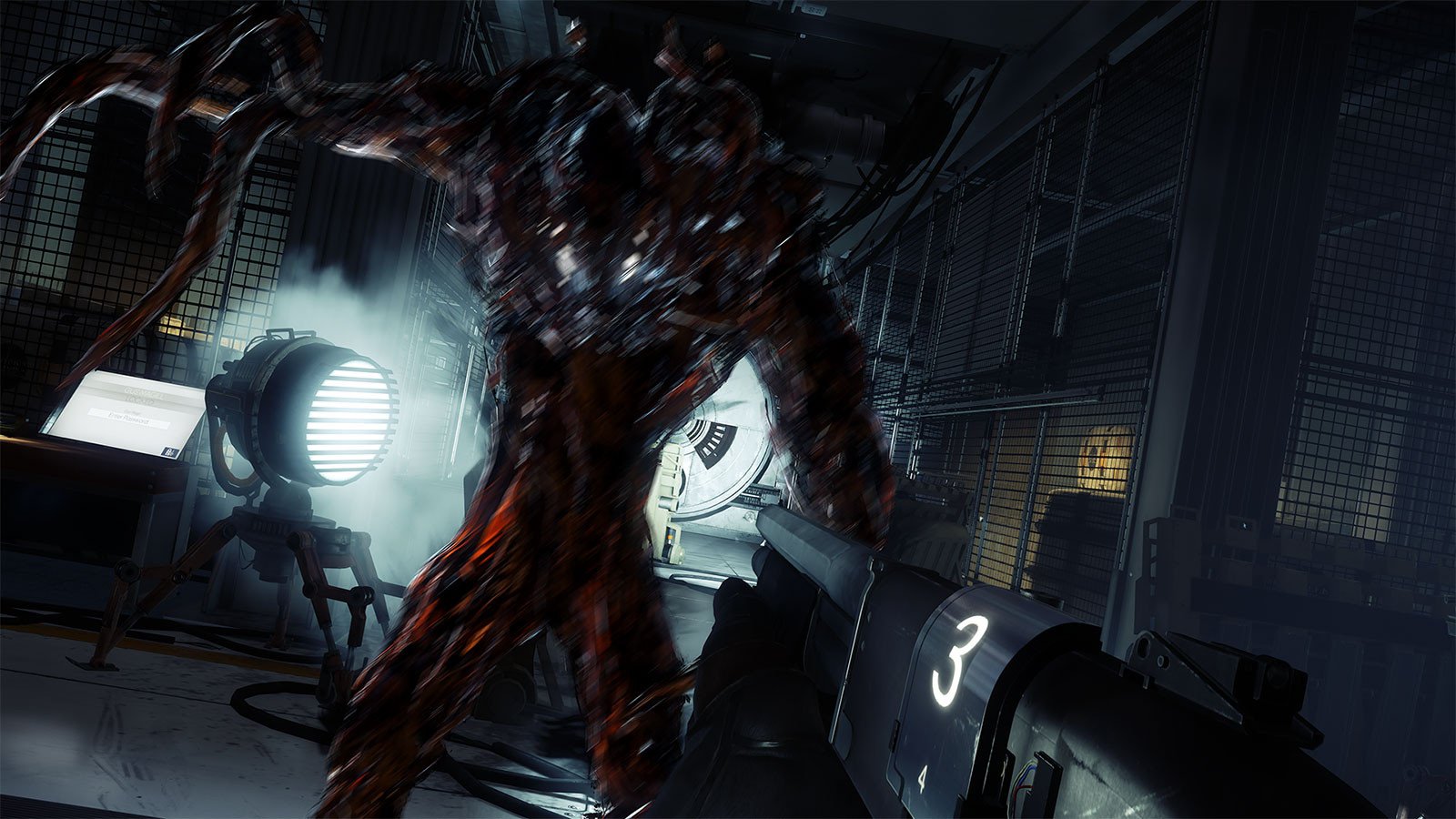 This is my bane throughout my first five hours with Prey — nervously studying each room wondering if anything looks even slightly out of place. Sometimes I’m able to correctly anticipate an alien mimic. Sometimes my paranoia is misplaced. And, sometimes those little bastards still manage to scare me.

It’s to developer Arkane’s credit that this trick works over and over again. The studio crafted a setting in the Talos I space station that feels like a constant threat. The classic sci-fi tropes that signal things have gone awry are all there (electronics on fire, ominous lighting, dead bodies everywhere, etc) but it’s the fact the station feels lived-in that makes it all the more terrifying. There are so many objects lying around everywhere and absolutely any of them could be an alien in disguise.

Each encounter is substantial simply because each one could go horribly wrong very easily. In the early going, Prey is far from a power fantasy. The wrench is still my most effective weapon, as its melee strikes do considerable more damage than the silenced pistol. (However, the wrench often feels unwieldy with a PlayStation 4 controller, like it’s tough to hit a moving target; it feels like the sort of thing that would go over a lot better with a mouse.) I’ve been collecting shotgun shells, so there’s presumably a shotgun in my near future. Maybe that’ll actually pack some punch.

Leaving you underpowered works in Prey‘s favor though, as it forces clever play. Stealthing around aliens, setting and detonating makeshift traps, using the environment to your advantage, finding another route — these are all viable options for advancement. Sheer brute force might also eventually work, but it’s undoubtedly the most unsatisfying choice. Probably the most costly too.

There’s a tutorial prompt that pops up in the beginning that simply states Prey lets you play how you want. Progress isn’t strictly linear, as much of the space station can be accessed in any order. It may require a certain focus in skill point allotment or some creative pathfinding, but chances are you can get where you want to go. Also, the foundation is effectively laid for revisiting sections you couldn’t thoroughly explore before.

In my brief time with Prey, that’s probably what I’m most impressed by so far. The game has a tendency to pull you into every corner and to make you curious about every place you passed by. Even when you know there’s likely something dangerous waiting, this setting is interesting enough that you want to see it all. 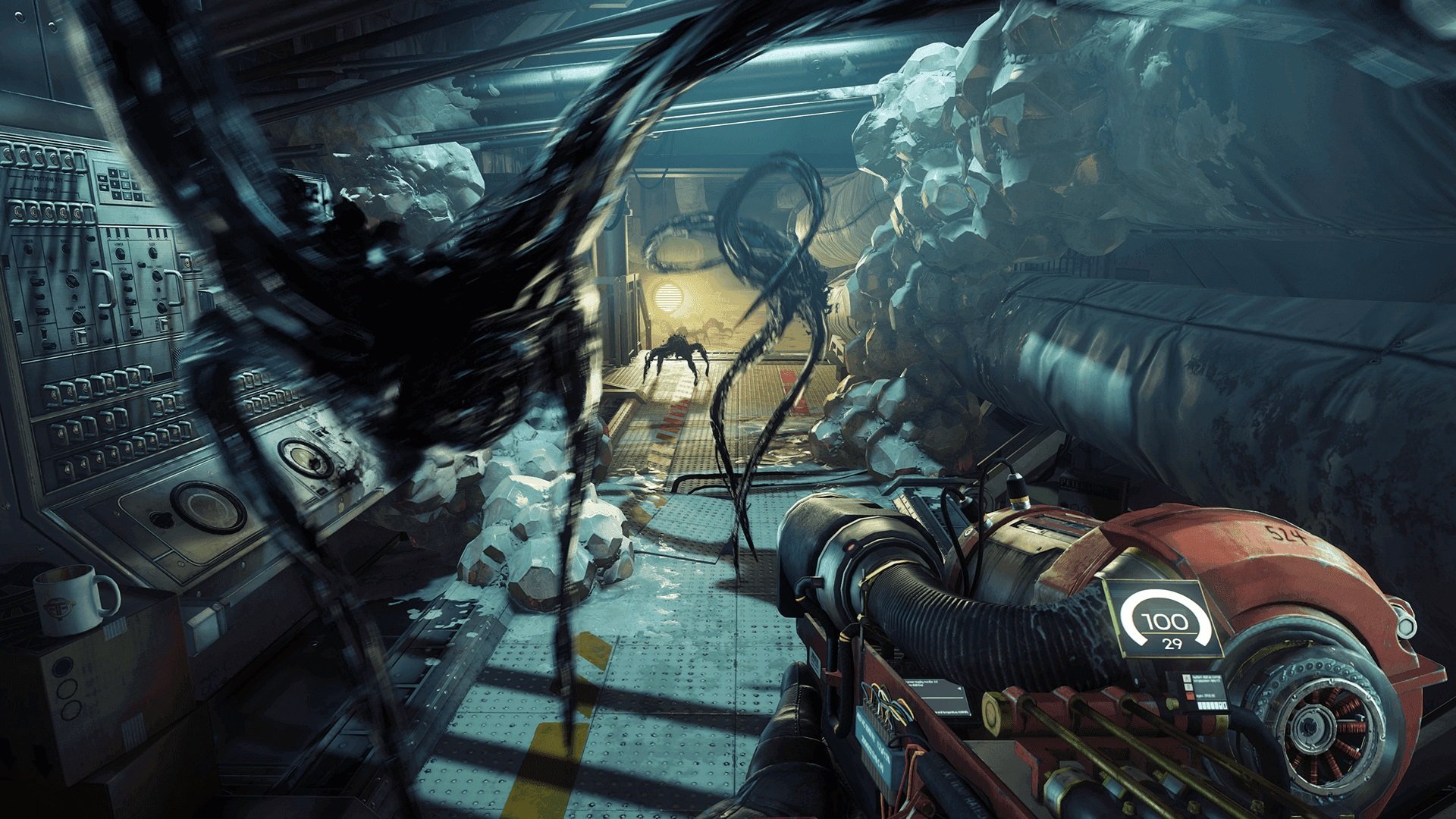 Even though I’m playing on PS4, it seems important to report on the state of the PC version since Dishonored 2‘s PC port shipped as an absolute mess last year. Early indications are that the PC version is impressive. PC Gamer and PCWorld both comment that the performance is perfectly fine (although they both take minor issue with some options and key binding stuff). The Steam user reviews are sitting at a “very positive” rating which isn’t something that happens when the PC port gets botched. For console players, I haven’t noticed any performance problems on the PS4 version.

It feels reductive to state that Prey is System Shock and/or BioShock in 2017, but it also kind of feels appropriate. The themes and atmosphere are extremely similar. Arkane couldn’t have been trying to distance it too much considering you spend the game lugging a wrench around.

Whether Prey lives up to the name of these giants that it’s inevitably tied to, we’ll see. I’d estimate that I’m probably somewhere around a quarter through the game, and I’m excited to keep going. I’m excited to unravel what the hell happened on this space station. I’m excited to scour every corner and read every email. I’m excited to alter my DNA with alien powers so that I can be the one turning into a coffee mug. It’s too early to say whether Prey can maintain this momentum and end up as a good game; regardless, I feel comfortable venturing that it’ll at least end up a memorable game.