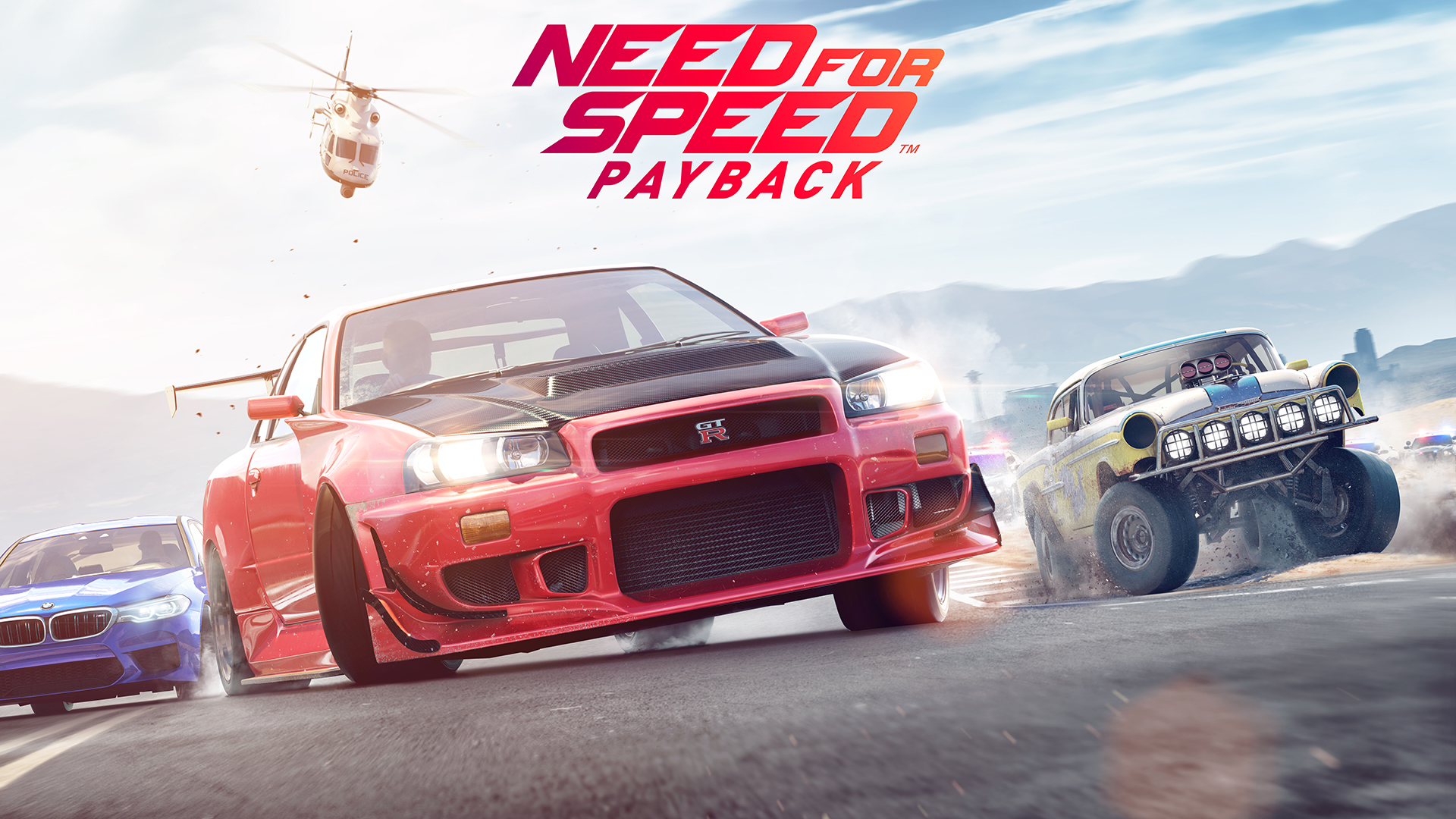 Fear and loathing in New Fortune

Growing up, Need for Speed: Hot Pursuit 2 and Need for Speed: Underground 2 were easily some of my favorite arcade racing games, and Underground 2 specifically has become a fan favorite of the series for many. Since then, I’ve gone back to revist these games with each new entry in the series, as sadly, the seventh generation of hardware wasn’t very noteworthy for the franchise.

But in 2015, we would witness the reboot of the series simply named Need for Speed — from developer Ghost Games. With a welcomed return to focus on tuning cars, street racing, a large urban open world, and all the while looking gorgeous to boot (despite the weird, boring live-action cutscenes and other notable issues), Need for Speed showed some promise. It could still easily have been expanded upon.

However, Need for Speed Payback comes off feeling like one step ahead and half a dozen steps back, followed up with tumbling down a flight of stairs. 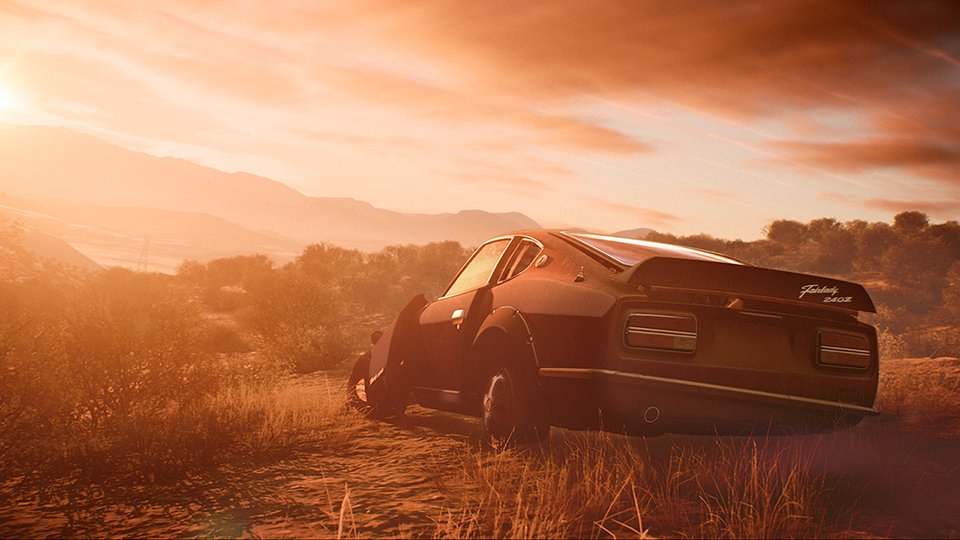 Need for Speed Payback splits up the action between three different characters, each with their own distinct types of vehicles they specialize in. The first and primary character in the grand scheme of things is Tyler Morgan, who specializes in standard street racing and drag racing. Next, you have Mac for off-road racing and drifting, followed up lastly by Jessica Miller who specializes in police getaways with the “runner” class of vehicles, with a personality I can only describe as: the badass one.

But, to be fair, storytelling in Need for Speed has never been anything special. Payback however, comes off feeling like a B-tier Fast and Furious movie. Except now with an unlikable cast of characters with weak motivations and some of the worst dialogue delivery I’ve heard in a long time. Which, mind you, is still normally acceptable if it’s at least contained within cutscenes.

But, Payback  is a special experience, as characters will spew comedically bad dialogue as you drive around the open world. Tyler, for example, has an odd obsession with tunnels I’ve learned. Almost every time I drove under a major tunnel in the open world, he’d mention just how cool it would be to race in a tunnel (despite the fact I’ve done that already, numerous times), or just how great the engine sounds going through a tunnel. Painfully bad dialogue such as this is common throughout the entire open world and game itself. 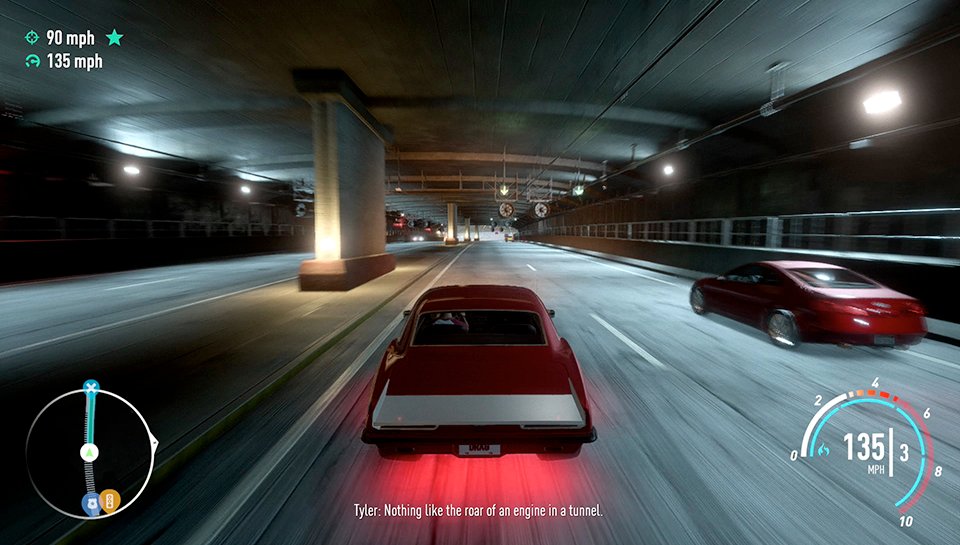 As I mentioned earlier, the game in many ways tries to also mimic Fast and Furious — which isn’t necessarily a bad thing, as Need for Speed meets Fast and Furious sounds like a great concept for an arcade racing game. But Payback‘s execution of this is downright lazy, as pretty much every major set-piece or stunt I’ve seen so far has simply been a cutscene

Take for example the first major heist (which was also showcased at E3), in which you drive alongside a semi-truck in an attempt steal the vehicle inside the trailer. The entire thing can be summarized as taking out the muscle around the truck in a Burnout-style fashion, dodging things the truck has crashed into, then driving next to it and watching a cutscene of the vehicle being stolen.

Oddly, the game also looks worse compared to the previous Need for Speed (2015). This might possibly be due to the larger open world, I can’t say for sure, as both games utilized the same engine. With that said though, the open world of New Fortune (the game’s fictional setting and mock-up Las Vegas) is lifeless and drab, with very little in noteworthy landmarks to see. Outside of the car models, the game also has plenty of flat and ugly textures overall, with plenty of pop-in as well on the standard PS4 version of the game. 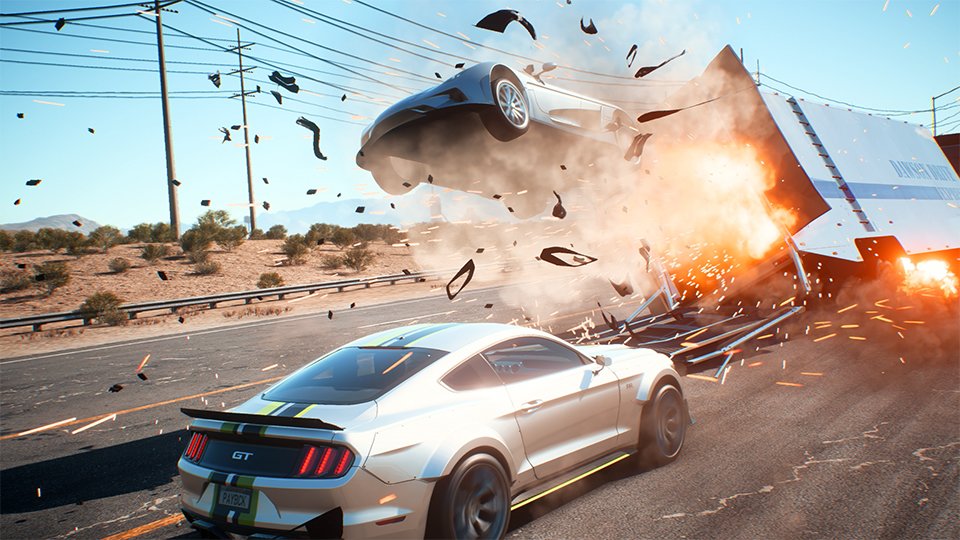 As for the racing and gameplay, I can’t quite yet give my full opinion, since I’ve only had limited access to the super cars and haven’t fully dabbled in all the various vehicle classes or race events. But, the arcade racing from what I’ve experienced already is about what I’ve come to expect from a Need for Speed game. Completely over the top (and forgiving) physics, and vehicles that are fairly easy to drive (especially now with Payback introducing “live tuning” options, allowing you tune your vehicle anywhere, at any time), all of which makes this a very accessible game to newcomers to the series.

However, the progression system in this game is possibly one of the worst and most egregious use of loot boxes I’ve seen so far in a relatively single-player experience. Fitting, considering its setting is based off Las Vegas and one of the characters is a casino owner no less. Payback refers to these as “shipments,” which are broken into two categories: base shipments and premium shipments.

Base shipments include: one cosmetic item, one part token (we’ll get to that later), and one bank token (in-game currency) and can be earned through doing in-game challenges, daily rewards, leveling up, etc. Premium shipments, on the other hand, offer the same as above, but include two additional “speed cards.” These premium shipments can be purchased with “speed points” — the in-game premium currency. 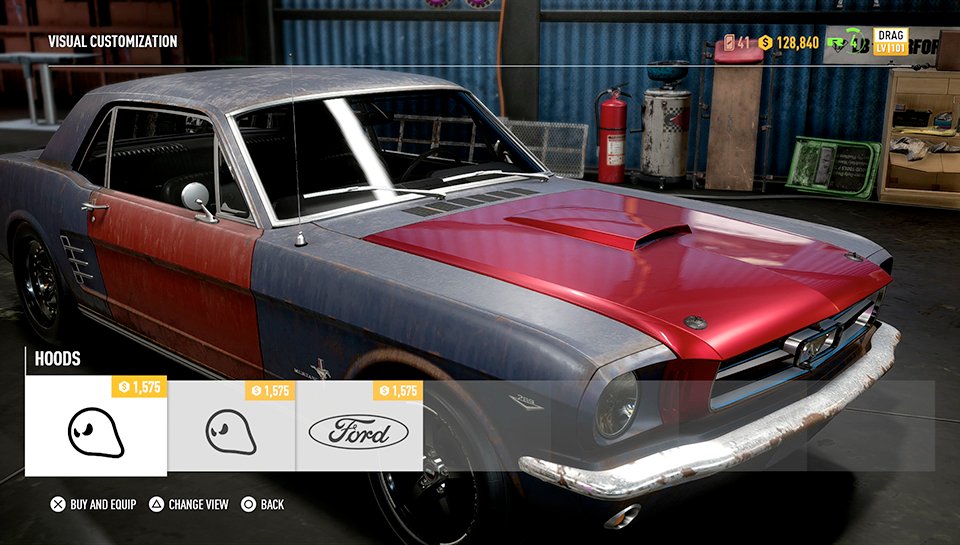 Speed cards are essentially how you upgrade your vehicles and continue to progress in this game. Each of your vehicles now has an overall “level” (think of the light levels in Destiny for comparison). Tuning and customizing your vehicle is still present in Payback, however it’s now all simply cosmetic. Different things such as spoilers, rims, rooftops, and the like can be earned from doing various side challenges around the open world.

As you continue to race and perform in events, you’ll also continue to earn speed cards, which will then add to your vehicle’s level. But, as you progress, races and events will have “recommended” levels you’ll need to meet, otherwise you’ll get completely smoked by the AI. Within only the first few hours of the game, I had already found myself replaying previous races in order to try and earn more speed cards, since I ran out of in-game currency from purchasing other vehicles and could no longer afford speed cards at tune-up shops.

So, you can either get your grind on, pony up and buy some speed points, and start opening up them premium shipments, or begin utilizing those “part tokens” I mentioned earlier. Part tokens can be earned from base shipments or trading in speed cards you don’t need. With these tokens you can then access the “trade-ins” menu of tune-up shops found in the open world. Here, you can potentially earn new speed cards for various tuning categories in what is a essentially a slot machine style of presentation for earning these speed cards, but that’s okay, because you’re always getting something! (At least according to the ESRB.)

Now throw all this in with a notable lack of any police cars in the open world outside of various missions and scripted events. I wouldn’t dare attempt drinking and driving in the real world for obvious reasons. But, in the seemingly lawless land of Need for Speed Payback, I think it’s the only way to play and enjoy this game.