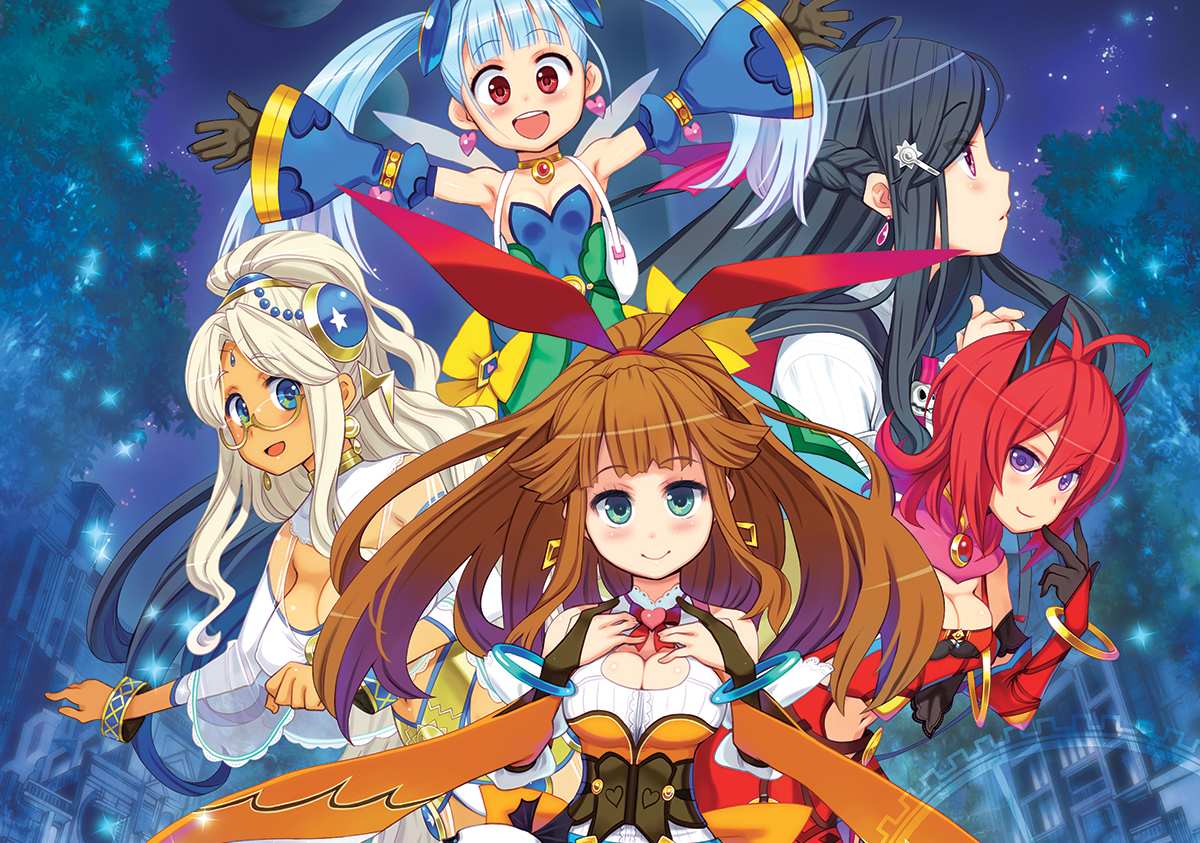 Ten hours of towers in the Compile Heart dungeon crawler

If you would have told me at the beginning of this year that I’d be playing five games from Compile Heart, I’d had laughed. Before I actually sat down with one, I made a snap judgement about its games, thinking of them as childish or exploitative with little quality in its gameplay. For some of its titles, that’s probably a fair assessment, but it would be wrong to dismiss all games from Compile Heart with that description. To do so would mean I’d have missed out on MeiQ: Labyrinth of Death, the second game in the studio’s Makai Ichiban Kan project and one of the finer dungeon crawlers I’ve played this year. 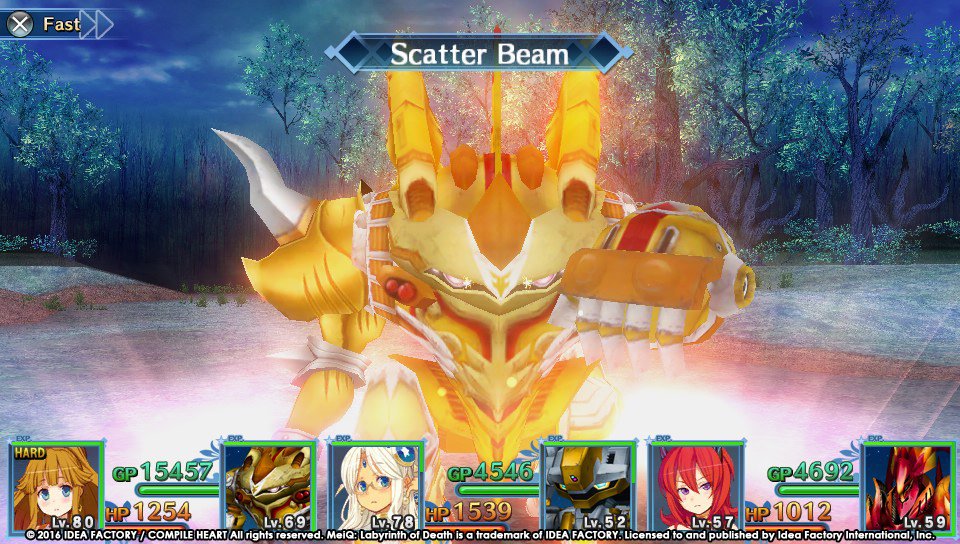 MeiQ: Labyrinth of Death takes place on a mysterious planet that has stopped moving, trapping it in eternal darkness. You play as Estra, one of the five Machina Mages sent to Southern Cross tasked with turning the Planet Key to restart its rotation.

At the start of the game, you’re assigned a Guardian. This is a robot you can control and customize. Eventually, your party will consist of three people, each with a Guardian, but in the first tower, it’s just you and your robot. The game is a standard first-person dungeon crawler, like Stranger of Sword City or Etrian Odyssey, with auto-mapping floors. There is a big incentive to explore every nook and cranny of a dungeon as there are loads of chests and secrets to be found. It’s easy to do in the first tower, which has simple square-shaped floors. That changes with the second tower and its sprawling, flame-filled layout.

Standing in between you and victory are scores of enemies waiting to be defeated in turn-based battles. In combat, both the Machina Mage and their Guardian are in the battle but only one is able to act. If you act with the Guardian, most enemy attacks will strike it as the Mage will be standing safely behind. If you act with your Mage, that moves them to the front line where the Guardian may not be able to protect them from harm. If your Guardian goes down in battle, the Mage can still act, but if the Mage falls, so does the Guardian. 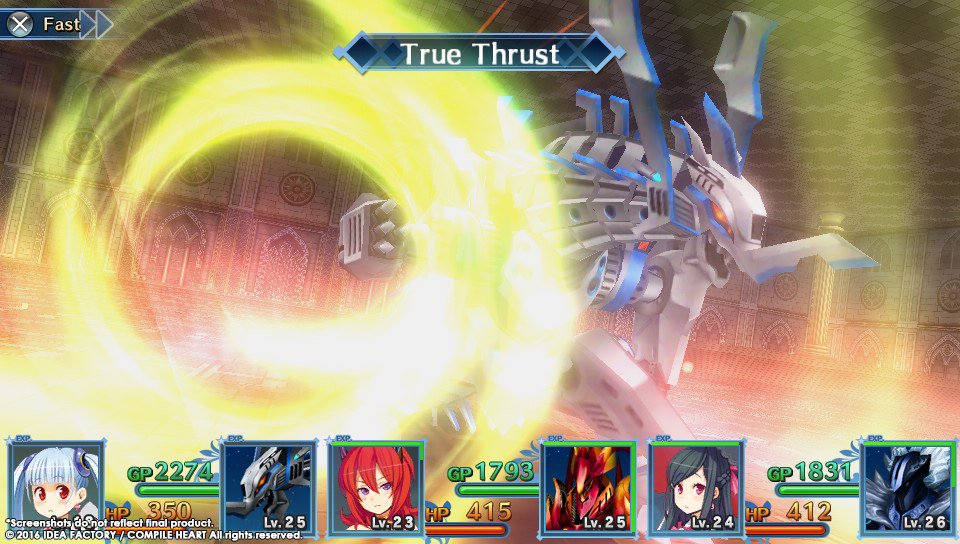 Most items are forbidden in battle. Healing, buffing, and stat boosts can only be cast by the Mages. If your Guardian takes massive damage from an enemy, you can choose to put your Mage in front to cast a repair spell. As your Mages level up, they’ll also unlock attacks that can do serious damage to all attackers. I think these are generally thought to be the last resort, but I’ve found several battles where attacking solely with my Mages was the appropriate action to take.

The battles hooked me right from the start, and only improved as I gained the ability to upgrade my Guardian. Each robot has two replaceable arms, a replaceable and upgradeable body, and a core where you can insert the various gems you find on your journey. The combination of these gems and the replaceable parts can create unstoppable killing machines. It reminds me a bit of the Materia system from Final Fantasy VII, but a less game-breaking version of it.

For instance, on Estra’s Guardian – which I named Coca-Cola – I currently have a left arm with a massive mace on it. That arm has three different attacks I can use. In the core, I have a gem that allows me to use every attack from that arm in a single turn. There’s no restriction on usage for the moves, so I am able to spam this triple attack as much as I want. 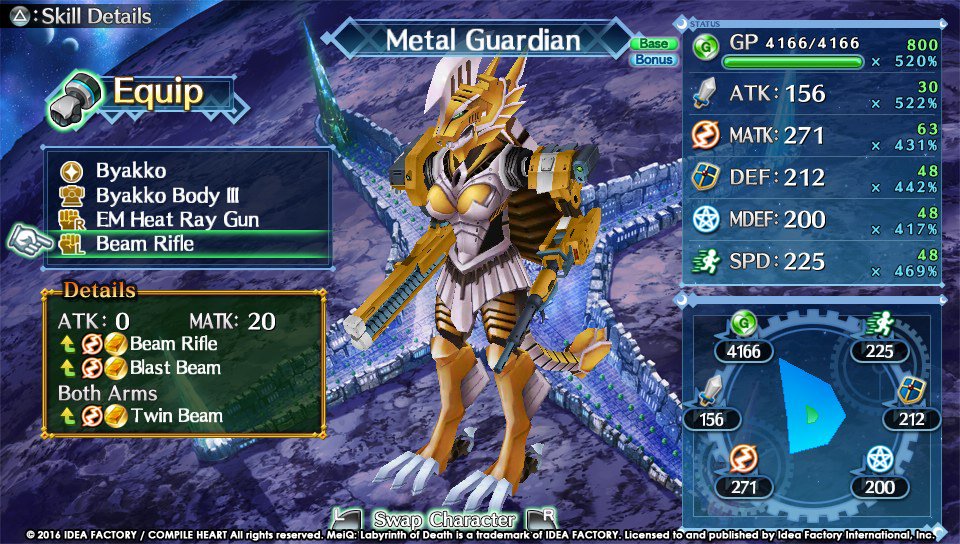 That’s just one of the gems I have. Others let me use the same attack up to four times in a row or allow me to choose up to three attacks from either arm to strike within a single turn. Does this make the game too easy? Sure, but that’s probably why Compile Heart included a hard mode unlocked right out of the gate.

I’m currently at chapter five, which may or may not be near the end of the game. I have no clue. Story-wise, it feels like I’m close to the conclusion, but there could be several more dungeons that have yet to rear their ugly heads. If that is the case, I and my pimped out robots will be ready for them.