Mafia III begins with protagonist Lincoln Clay playing a part in a grand heist. It’s not something we haven’t seen before in video games, but it still feels kind of unexpected. This game’s predecessor, Mafia II, spent far too much time depicting the rote side of mob life. Selling cartons of cigarettes out the back of a truck, loading cargo, driving people to and fro — it’s the Goodfellas Henry Hill school of thought that you put in your time and prove your loyalty. That maybe makes for a good plan to rise through the ranks of a real crime syndicate, but it does not make for an entertaining game.

In that way, Mafia III is kind of Mafia in name alone. This is a title that wastes no time getting to the point. Its documentary-style recounting of events lends itself to a Pulp Fiction-like skipping about in the timeline, leaving developer Hangar 13 free to punctuate the story with important moments whenever the hell it pleases. It’s a narrative tool that, in theory, should clear Mafia III‘s plot of any egregious pacing issues.

I wouldn’t know quite yet, though. I’m a few hours in, three or four probably. It’s enough time to have seen Clay’s rise and fall from grace, and the beginning of his quest for revenge. It’s also enough to say with confidence that Mafia III has had no problem keeping my attention — something that I distinctly remember Mafia II struggling with six years ago.

One of the most striking aspects of Mafia III so far is watching how people in a 1960s southern America setting treat Clay. His mother was black, his father was Italian, probably. As an early bit of exposition astutely points out, that other half doesn’t really matter; it was a time and place where if you looked like a black man, you were treated like a black man. 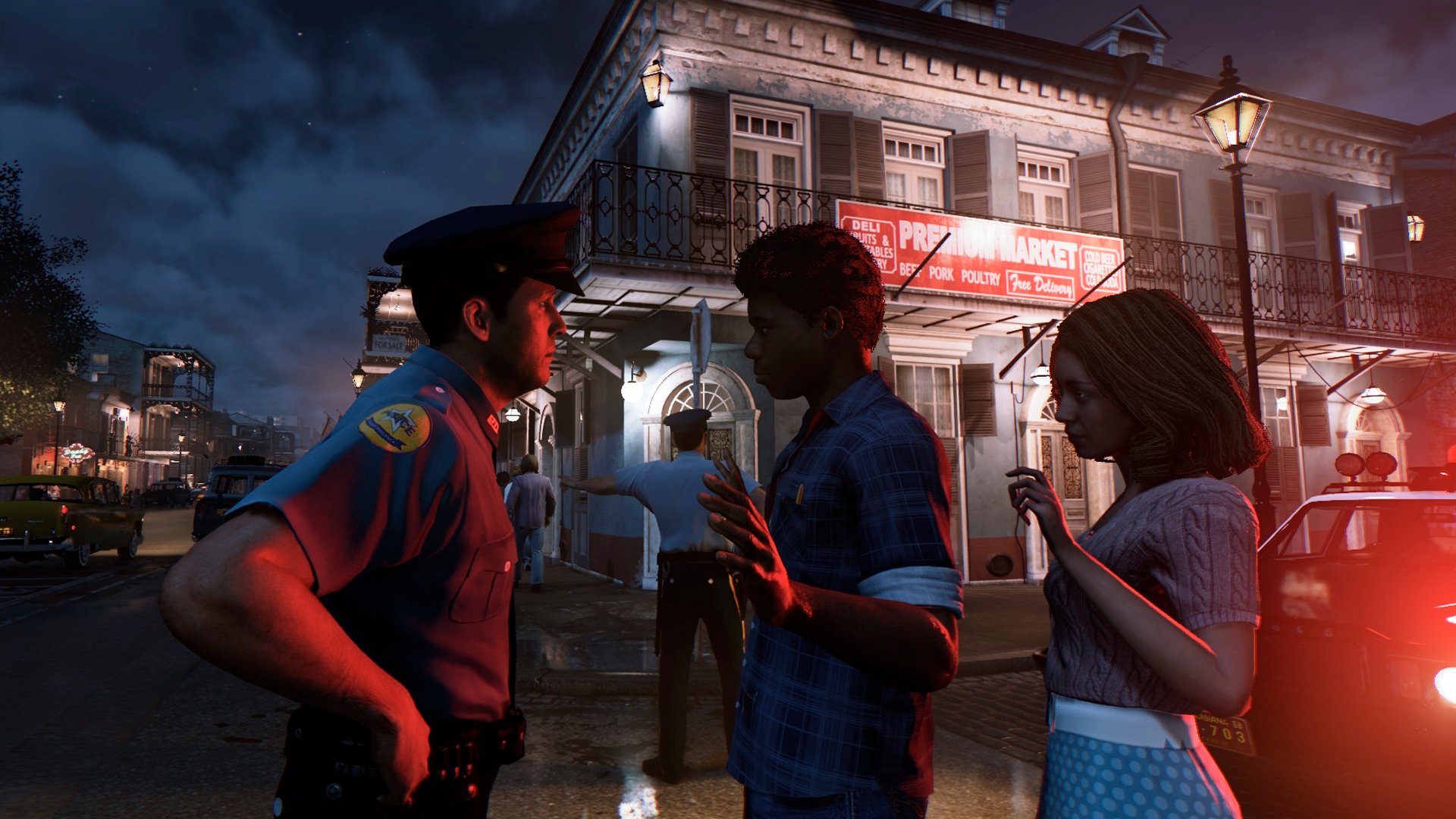 It’s more than the racial slurs we see hurled at Clay (although there are plenty of those too). It’s the looks of disgust that white women shoot at him as he walks by. It’s the way he’s ordered to do the literal heavy lifting while others lament that he’s even there. And, it’s the way Clay doesn’t even react to it, like this is just how life is, that’s truly heartbreaking. The first hours of Mafia III make you believe that Clay is a second-class citizen in this world, no matter how powerful he is.

The world-building and tempo has been phenomenal thus far, but it’s not so easy to say the same about the combat. Open conflict is defined by a rigid loop of clinging to cover and waiting for an enemy to peek his head out. Pop him, move forward, do the same thing again. It’s serviceable, but it also feels dated. Combat doesn’t seem to be the strength of Mafia III, but rather the necessary obstacle separating more parts of the story.

There’s a chance this will change to some extent. Now that I’m in the open world, I’m on my way to building my own crime ring. As rackets are dismantled, Clay takes over and assigns one of his sub-bosses to watch over the new operations. Each upgrade brings about the opportunity to grow stronger and unlock new features. While it won’t change the core of combat, the hope is that it introduces enough new elements to possibly make it more interesting.

It’s not the optimal sample size, but Mafia III has made a first impression that’s mostly fantastic. But, Clay has a lot of folks left to murder. He has only gotten a mere fraction of the revenge he feels entitled to. We’ll come back with a full review once everyone on Clay’s list has gotten their just comeuppance.