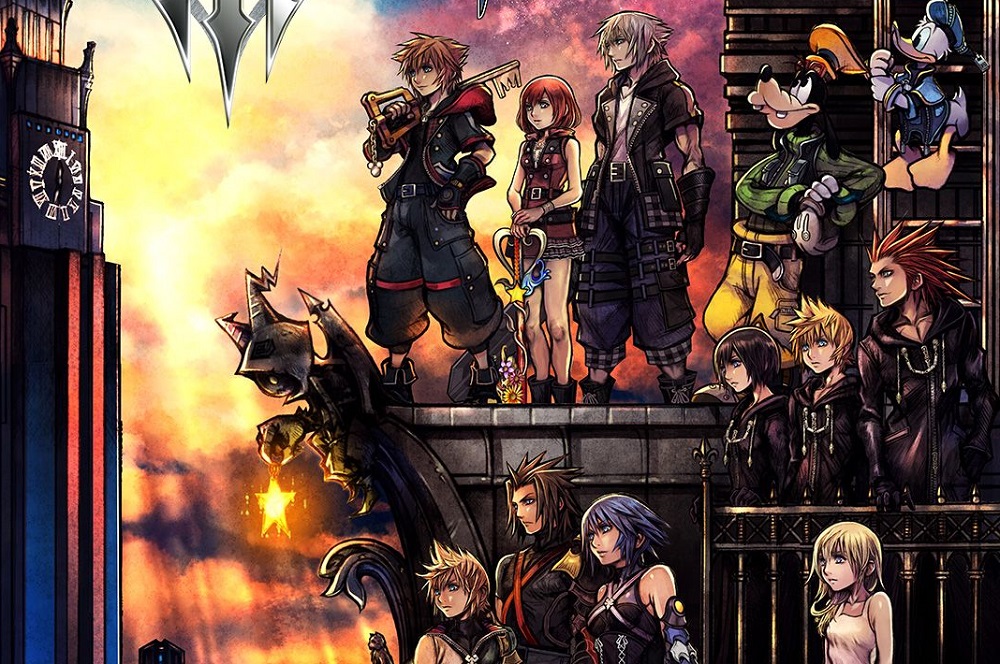 Gawrsh, this one took a while

For some it’s the first real JRPG they played, as they were drawn in by promises of Disney and entered the gateway of Final Fantasy. For others, it’s a journey they embarked upon nearly two decades ago that begged to be finished.

For me, it’s…complicated. I’ve completed every game in the series but absolutely do not love them all. This is a gloriously messy franchise that’s worth talking about, so let’s dive right into the long-awaited Kingdom Hearts III.

Five hours in and we’ve already gotten quite a bit of “hearts darkness, darkness hearts” talk. (“There’s another heart inside mine” and “a heart can live anywhere, even inside data” are real quotes). No, it’s not as excessive as it was in the past, but it’s there. This complex narrative of light and doppelgangers needs to be wrapped up after all, and all of this waxing of poetic and philosophy needs a payoff.

But not everyone has time to spend an excessive amount of time before any sort of payoff even happens, a sort of “feature” for other Kingdom Hearts entries. I’m happy to say that III gets down to business rather quickly. After a brief Mega Man/Samus-esque “where did all of Sora’s power go?!” motif we’re off to the races in Ancient Greece to chill with the charming Tate Donovan (Hercules). Thankfully, a lot of the “catch-up” bits are done in the worlds themselves and not through a gigantic one-hour cutscene of exposition.

I’m always down to clown in Greece. It’s one of the stronger settings from a rather underappreciated film and the expected Herc/Hades charm is still intact, like everyone involved never missed a beat. That’s kind of the magic of the series: messy narrative and all, you can always count on the cast to give it their all. Tony Anselmo and Bill Farmer are still absolutely fantastic as Donald Duck and Goofy, respectively, and Haley Joel Osment is somehow still infectiously upbeat. That said, I can do without the weird hashtag (hearttag) Twitter updates on the Gummiphone (haha, what?) between loading screens.

There’s still plenty of cheesy teasing. That scene where an important moment is playing out but some figure is actually watching the whole time in the distance? “Classic” Kingdom Hearts. It’s old, especially at this stage in the game, but Kingdom Hearts III more than makes up for it with authentic cute moments. A distinct lack of a few key voice actors (no Danny DeVito for a voiceless Philoctetes!) also hurts. It’s give and take: like I said, classic Kingdom Hearts.

This is a souped-up version of the previous games, which allows each world to shine individually without going overboard and approaching the uncanny valley. Pixar characters look authentic and true to the source material, as do many of the previously computer-animated cast members. It’s all smooth from a gameplay standpoint even with tons of action on-screen (especially on a PS4 Pro, which allows for a further “stable” option) and the booming soundtrack is nearly always a cut above everything else on the market right now.

Speaking of action, the same fundamental effortless combat system applies. If you lock-on, Sora will fly around and stop at nothing to automatically hone in on a target, with the requirement that you dodge on occasion and rely on your AI party members. It still manages to strike a decent balance between streamlined and flashy, especially on the “Proud” (hard) difficulty setting.

Even as a hardcore action fan who loves his iFrames and combo inputs, I’m happy. Kingdom Hearts is often put on a pedestal due to its enigmatic pedigree and monumental crossover potential, but it’s always been a hack-and-slash. All of the super combo specials and Keyblade transformations won’t belie that. Swapping keyblades with distinctly different playstyles using the d-pad does feel great though. I also never thought the maligned Gummi Ship portions (read: an interactive travel minigame) were that big of a deal. Trying to push a shoot-’em-up into an action game is a gambit, but they’re merely a diversion. I timed it: it generally takes me five minutes to finish each section up, even doing some sidequests.

Kingdom Hearts III is familiar so far, which is either a good or a bad thing depending on how you feel about the series (I’m aiming to elaborate more once everything is said and done). There’s still irritating intrigue and frantic fun on a moment’s notice, glued to a stable action shell. I dig it? Let’s see if it can maintain this pace and if the house of cards story stays standing.