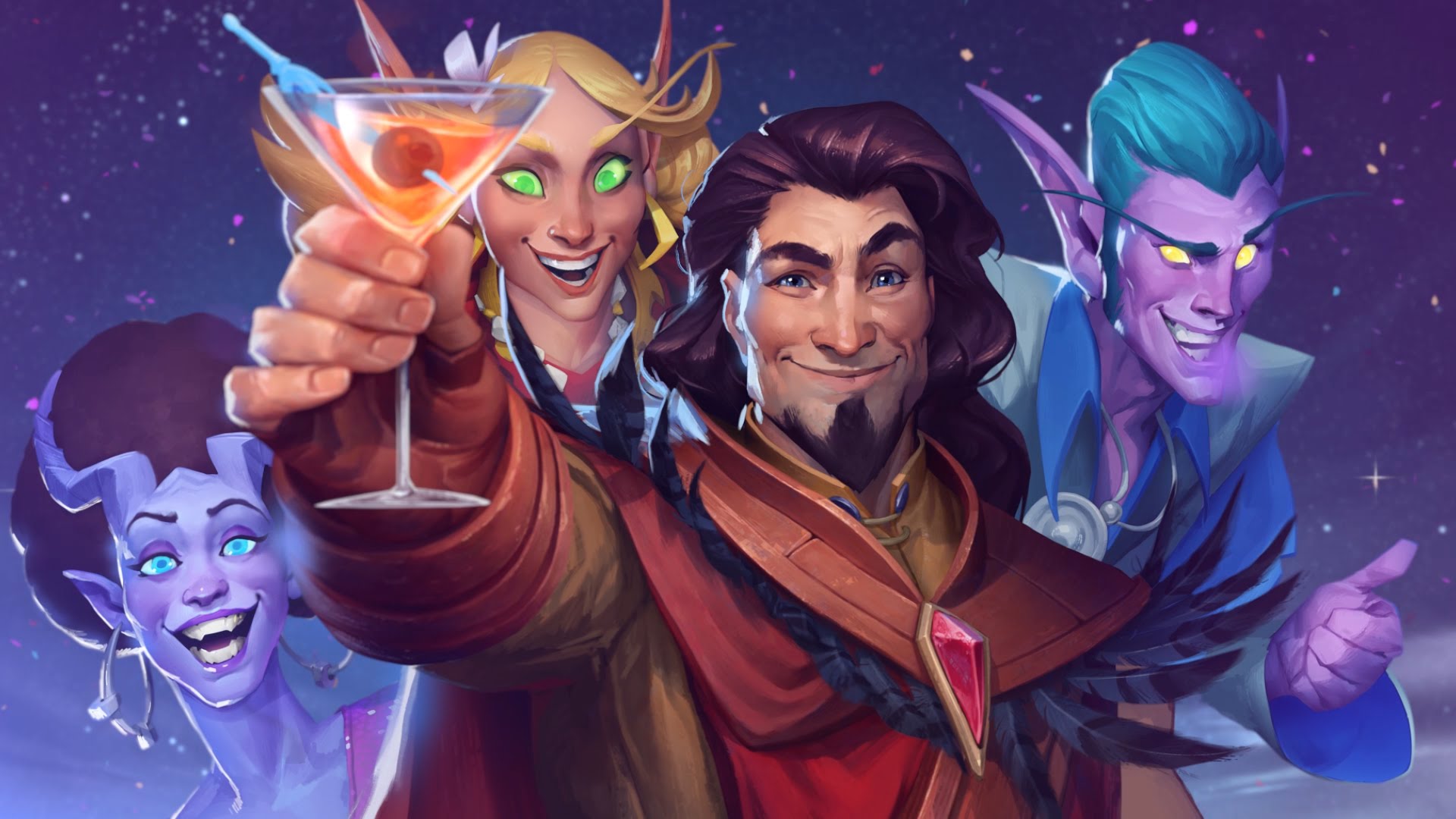 I love how Hearthstone plays off of the wackier parts of the Warcraft universe. It’s been there all along — Pandaren have been looking silly and getting drunk since the Warcraft III days, but Hearthstone, as a spinoff world of sorts, captures it with a gusto that the main tales can’t really muster.

Hearthstone: One Night in Karazhan, so far, is another example of that. 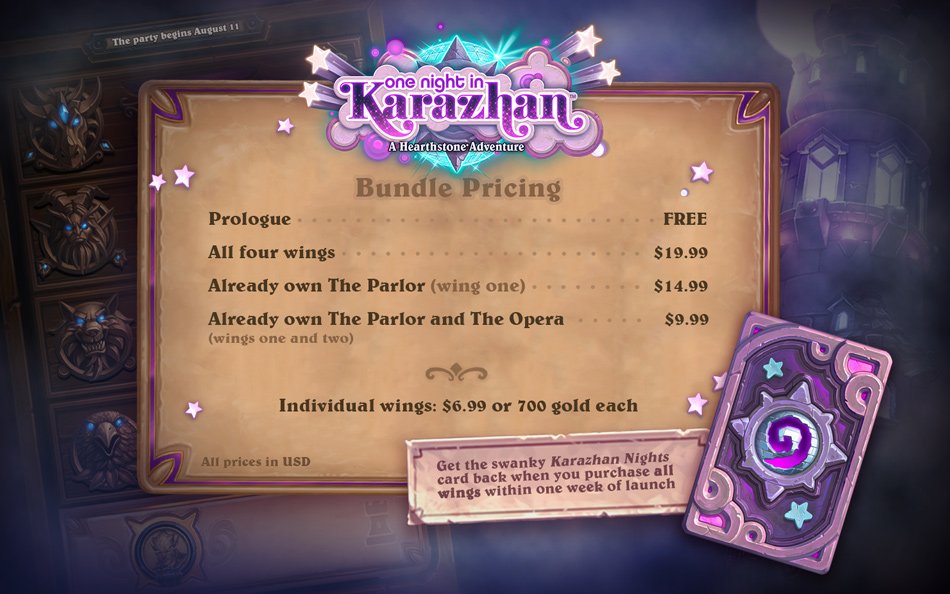 It’s been almost a year since the last adventure, and another one couldn’t come soon enough. I like the card-only expansions just fine — mixing up the meta for long periods of time is a good thing — but the adventures are my favorite aspect of the game and I hope Blizzard never stops making them.

One Night kicks off with a prologue episode starring Prince Malchezaar, a demon that served as the final raid boss in the Burning Crusade instance. He’s pissed off that he never got a party invite, and after a big bombastic fight with Medivh (the player, with a pre-built and silly deck), he drags our host through a portal, essentially turning the rest of the adventure into a “where’s Medivh” mystery.

As someone who has ran Karazhan many times in World of Warcraft, I enjoy seeing all of the little references, mostly in the form of dialogue quips, and a semi-canon approach that takes place some time after the events of the raid. That includes the Silverware Golem that lives in the Banquet Hall, an insulting mirror on the wall that sounds like a failed New York comedian, and naturally, the iconic chess board.

The former two are more traditional boss fights with decks chosen by the player, working around their specific hero powers (summoning an unending army of buffable plates, and copying any minion with a 1/1 replica respectively), but the first and last fights are really the main event. As I mentioned the Malchezaar encounter can get pretty ridiculous (at one point I had 50 armor and a handful of “your spells cost zero mana” cards), but the chess board really differentiates it from the rest of the DLC.

In chess, you’ll play as the White King against the Black King, bringing out various cards that mirror a real chess set. Pieces automatically attack at the end of the turn, and strike those who are opposite them — or two cards if they’re placed strategically in the middle of a pair. Some cards heal (bishops), others can charge (Knights) — it’s not quite as deep as real chess, but it’s fast and fun. I’d love to see more Tavern Brawls take advantage of unique mechanics like this, and although I was worried that the team wouldn’t do the chess room justice, it ended up being one of my favorite single adventure levels.

As far as the cards go, I’m not blown away so far, despite my enthusiasm for the adventure itself. Earning the Silverware Golem is a fun novelty, as is unlocking the pair of chess cards, but I don’t see myself using anything thus far. There are a few I’m eyeing specifically (the Wicked Witchdoctor would fit in nicely with my Shaman totem deck), but I think the absurd meta-breaking cards from the League of Explorers expansion were more fun.

We still have the opera, menagerie, and spire wings to go, so anything can happen. Stay tuned for our full review once the final wing has dropped.