Once upon a time, Gran Turismo was the undisputed champion of console racing simulators. It paved the way for many of the features we take for granted in modern racing games and developer Polyphony Digital has always striven to be at the top of its class. Gran Turismo had such a striking sense of realism that just watching the games in motion was a pure joy.

Somewhere along the line, Gran Turismo stopped being so relevant. Competitors (chiefly Forza Motorsport) stole the crown and Sony’s relaxed development cycles and constant releases of what amounted to demos confused players about what the next entry even was. It’s been quite a confusing mess since the release of Gran Turismo 3.

While the intentions behind Gran Turismo Sport, PlayStation 4’s first entry in this storied series, are noble, this really feels like a full-priced demo more so than the next best thing in racing. That GT Sport also features some pretty anti-consumer practices with its always-online requirement makes it even harder to swallow. 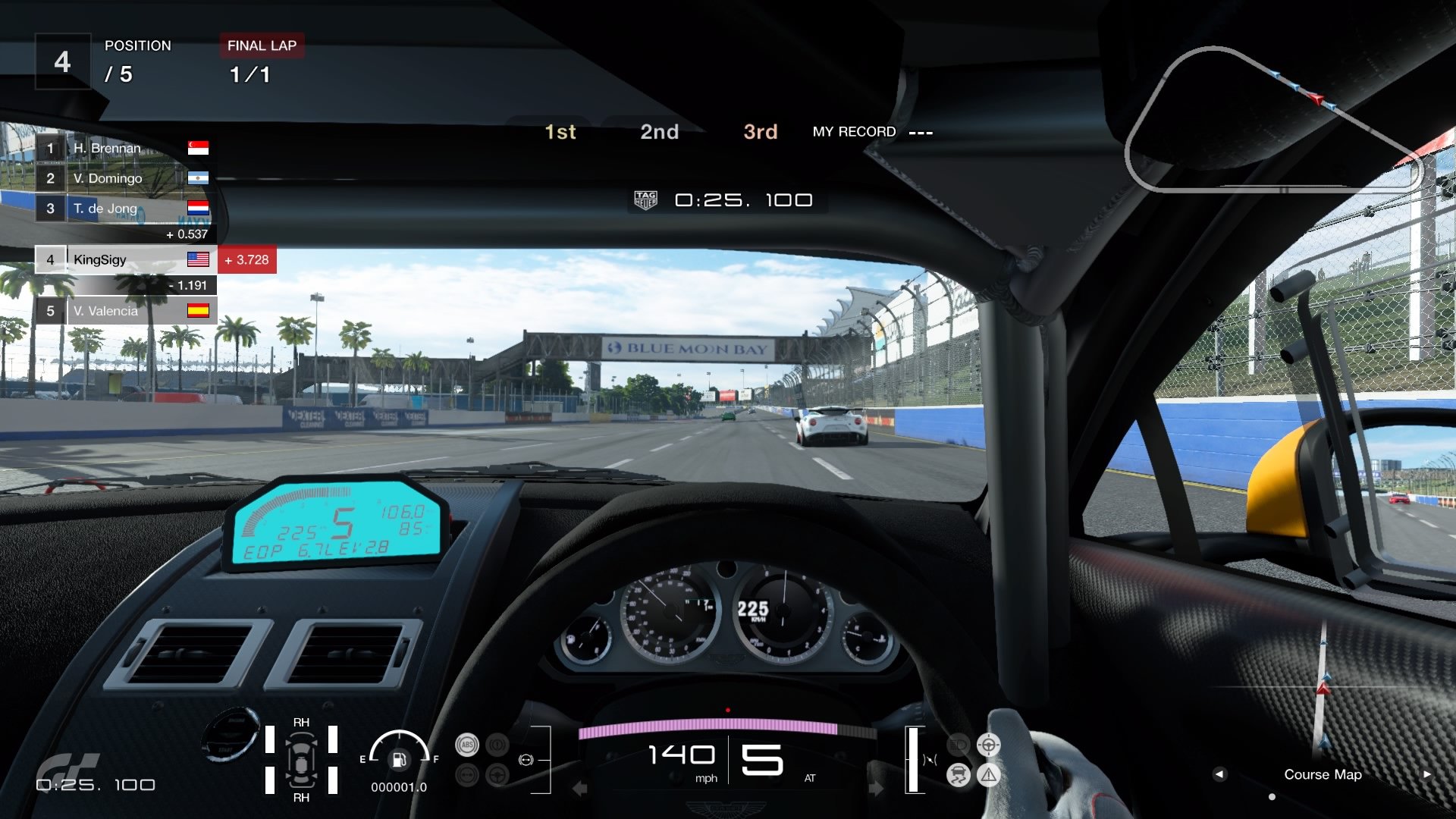 To start off, if you have no intention of playing online races or have spotty internet, Gran Turismo Sport is not for you. Not only is most of the game focused on preparing you for entering online competitions, but most of the game is also not available if you aren’t connected to Sony’s servers. The “career” mode acts like an extended Driver’s Ed class, but you can’t even access that if your internet goes down.

That is where I start to get confused. Why are simple things like driving challenges and a tutorial locked to an internet connection? The relatively neat “Scapes” mode, where you super impose your car onto real-life photos, is also not even available if you aren’t online. How does that make any sense? You can’t even look at your purchased cars in the garage if you aren’t online, so obviously someone really wants to make sure you aren’t cheating.

That someone is the FIA, or the Fédération Internationale de l’Automobile. Sony has partnered with the FIA to ensure that Gran Turismo Sport is one of the most realistic racing games around. They have a strict set of guidelines for ensuring that motorsport racing is fair and balanced, so I suppose posing cars in photos also falls under those stipulations. While I’m being facetious with that last bit, FIA seems to be needlessly restrictive about what can and cannot be played offline.

That being said, if you’re fine with the online requirement, you’ll find that GT Sport is one of the most realistic racing experiences around. Forza has always straddled a line between realistic and arcadey, but GT Sport just goes full on into its subtitle, “The Real Driving Simulator.” This feels remarkably similar to Assetto Corsa and even excludes such features as rewinds to make you really commit to your actions.

You also cannot take shortcuts of any kind, since the game will place you back on the track behind your point of diversion. This can really screw up your placing, but I feel it’s perfectly fine and preferable to how Gran Turismo 4 did basically nothing to punish people looking for a shortcut. It all falls into GT Sport’s philosophy of training you for honest online competition.

Before jumping online, you’ll need to watch some training videos that explain all the details of how this new Gran Turismo works. Here you’ll be shown the proper etiquette of racing as well as get a quick explanation of the brand new Safety Rating system.

Being cribbed straight from iRacing, a Safety Rating is a score based on how safe of a driver you are. If you are constantly ramming people or pulling stupid stunts on the track, your Safety Rating will drop and you’ll be matched up with other irresponsible racers online. I like the idea, but the implementation of this system is flawed. 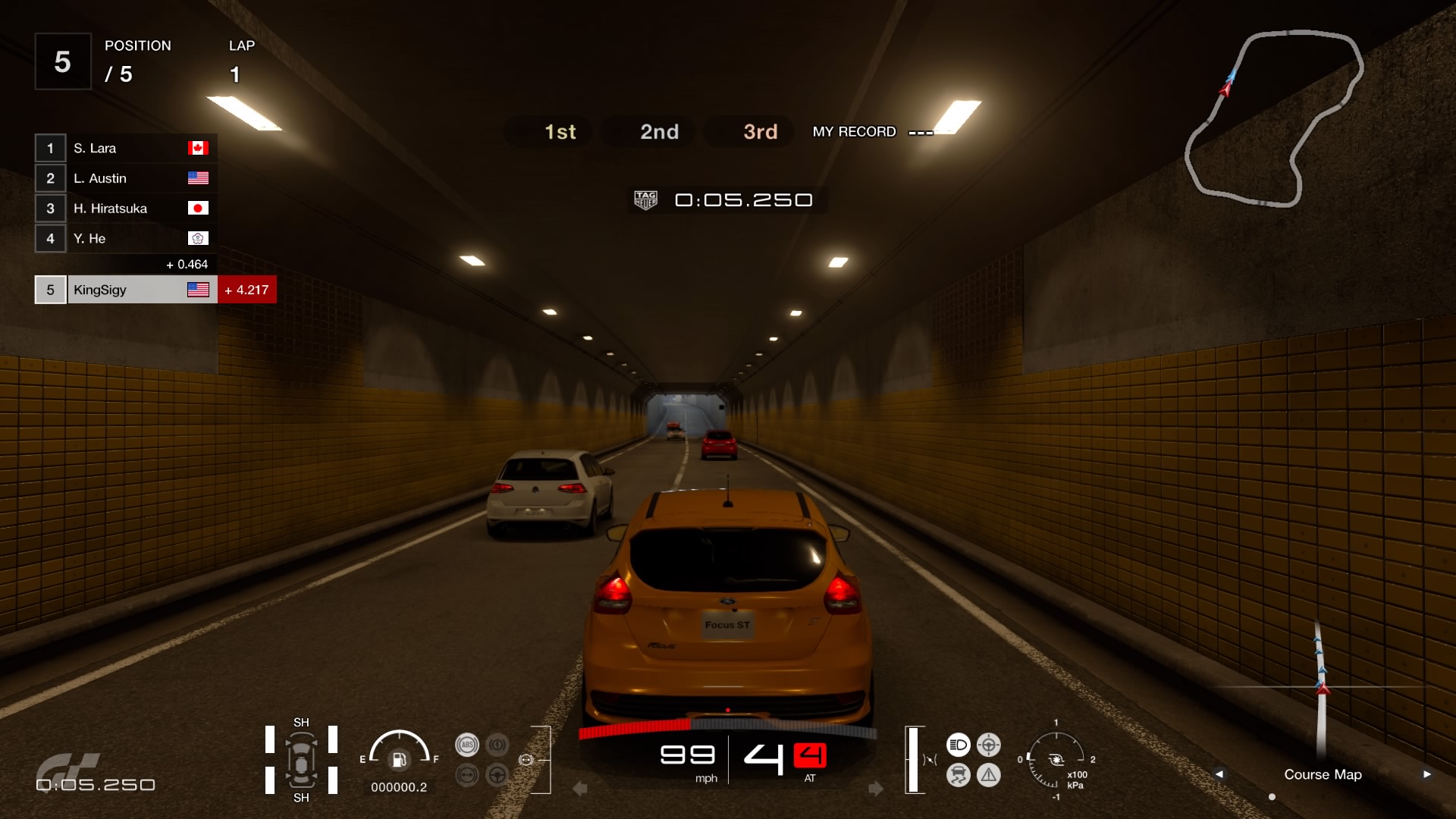 The biggest complaint is that your own personal Safety Rating will drop when another player collides with you. You can be cruising fine and making perfect turns, but if some jackass decides to rear-end you, your rating is going to drop. The reverse is the same, too; you can be drafting an opponent who then decides to slam on the brakes to piss you off. You’ll inevitably collide and then lose some of that rating.

That oddity aside, the online racing is pretty fleshed out. There are a variety of options available for different races and the lobby system for making custom criteria is extensive. At least that shift away from single-player content hasn’t resulted in an online option that feels half-baked. I’m not sure why competition races are still not active (the first going live on November 4), but the online is definitely an improvement over past titles.

What hasn’t been improved is the car or track roster. I can understand wanting to cut out the fluff of Gran Turismo 6’s 1,226 cars, but how did Polyphony Digital think dropping the count to 1/10th of the selection was the correct response? Browsing the in-game store for cars is depressingly small and it really makes that $60 price tag sting. 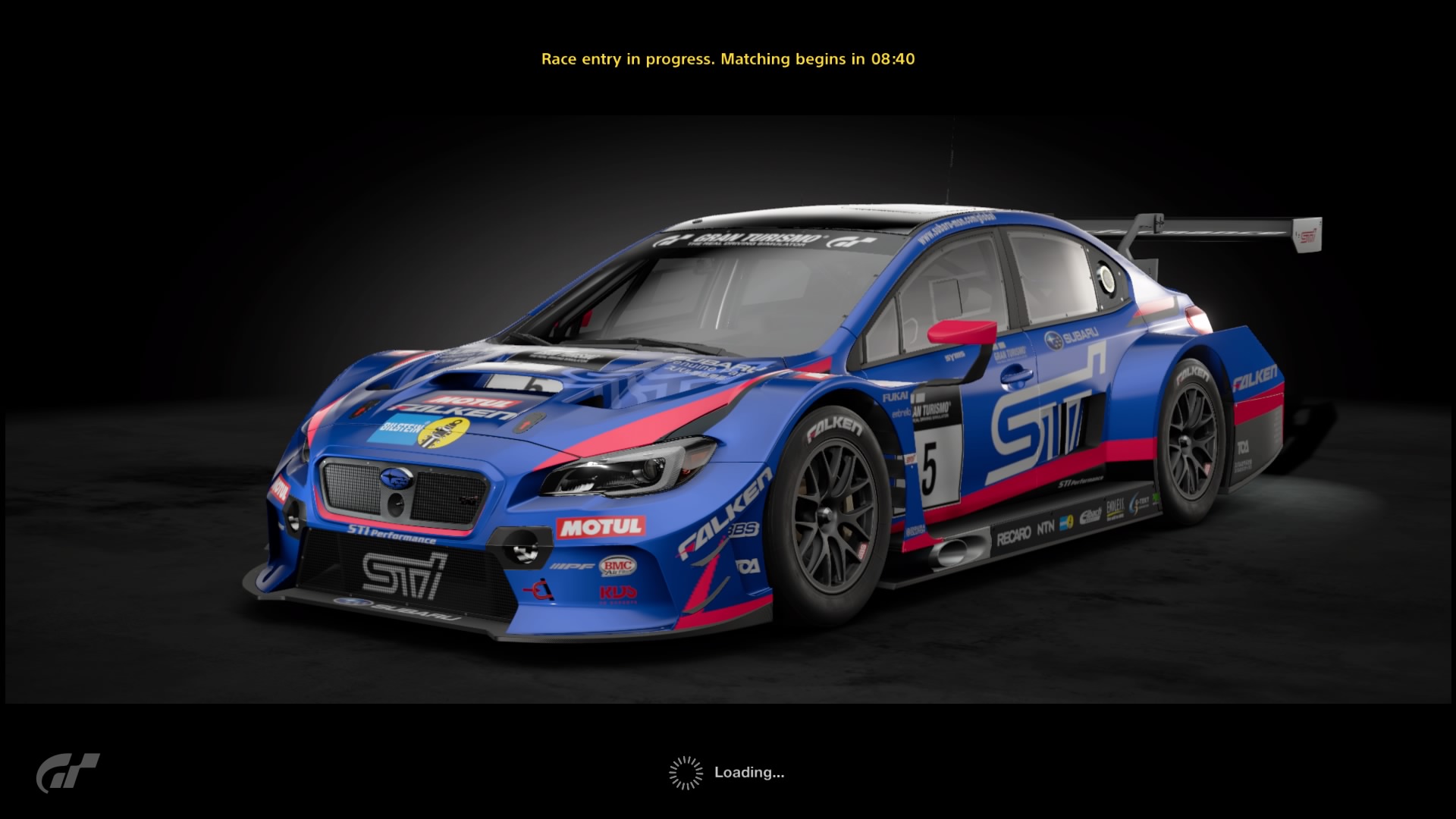 The tracks on offer are also severely cut back, featuring roughly 1/4th of the selection from 6. This one makes less sense to me since you’d think an online racing game would want to give players as many options as possible. Instead, you’re going to be racing on the same 28 courses for the majority of your time and there aren’t even many variations for different circuits. It is an incredibly limited game in terms of actual content.

But hey, Gran Turismo finally has a livery editor! You can also make custom driver outfits without having to resort to loot boxes, so that is cool. The customization aspect of Gran Turismo has finally caught up to the competition. Even sharing content is just as seamless as Forza, so you can get an abundance of designs just by taking a quick look online. At least you can personalize that small list of cars to your heart’s content.

So far, I’m just not sure what the idea behind Gran Turismo Sport was. I can understand wanting to focus more on online competition, but did that need to be at the expense of cars and tracks? Did it also mean completely foregoing a campaign mode and demanding players connect to Sony’s servers? That doesn’t sit right with me.

At the moment (at least from my roughly seven hours of playtime), I can’t really recommend Polyphony’s latest installment. This reminds me of GT5 Prologue, where it was cool, but obviously a work in progress. GT Sport doesn’t label itself as that, though, so clearly this is meant to be the next step in Gran Turismo’s evolution. It also costs full retail price and will potentially have DLC down the line, so that really stinks.

[This review in progress is based on a retail build of the game purchased by the reviewer.]