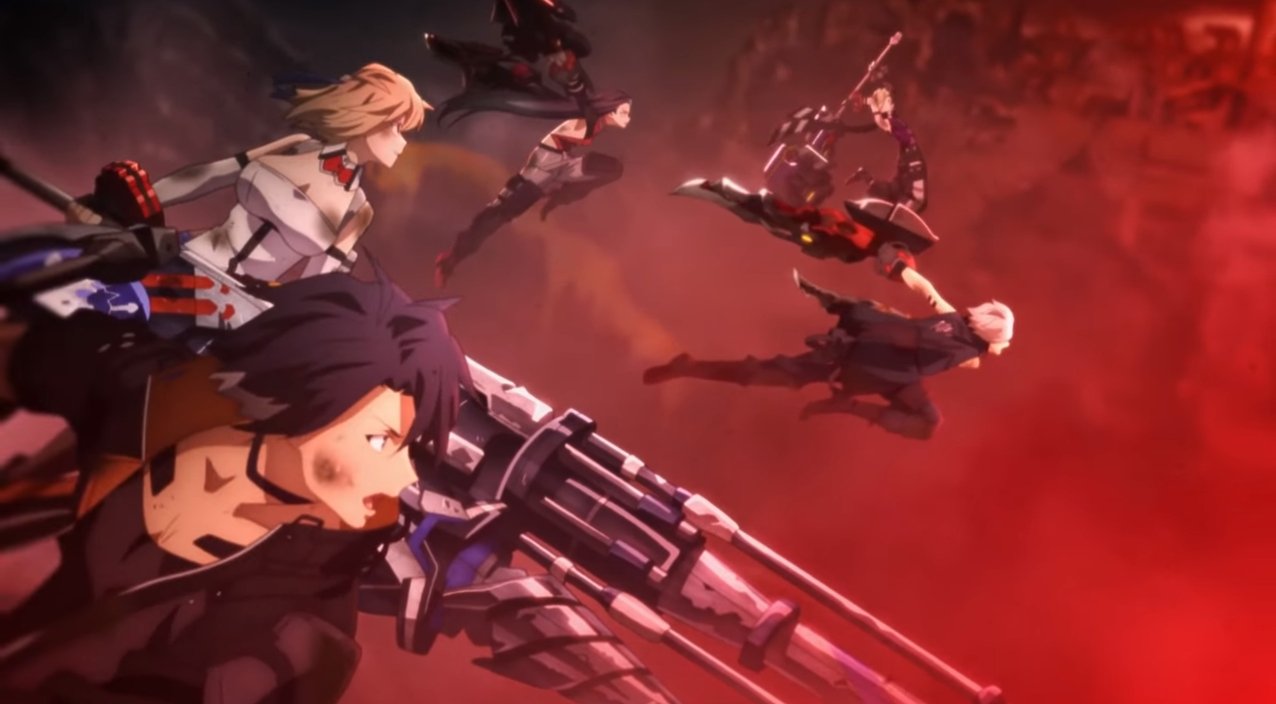 Given that I’m not even a couple days worth of play into a hunting game others dump hundreds of hours into mastering, I feel it’s a little bit early for me to be saying if God Eater 3 is worth picking up. That said, from these limited impressions, I can say that the game is so far shaping up like an exemplary God Eater game, which is a slightly backhanded way of saying that it’s quite a bit like the previous entries in the series, particularly God Eater 2: Rage Burst.

If the above statement appeals to you the way it does to me, that might be all the information you need to decide to play. The rest can read a bit more.

The elevator pitch for God Eater 3 remains much the same as before: Take Monster Hunter, sex it up with more explicitly anime-style character design and monstrous monsters, add a single-player narrative for people dissatisfied with the competition’s approach to storytelling, and then send it off into the wilds.

For the newbies in the readership, that means God Eater trades in the fantasy-medieval, naturalistic aesthetic and tone of Monster Hunter for an edgy, sci-fi, anime post-apocalypse. The world has been all but destroyed by the all-consuming monsters known as Aragami, and only one group of warriors can stem the hungry tide: The God Eaters. Wielding transformable weapons called God Arcs, they chop, smash, and shoot Aragami for a living, all the live-long day.

That’s the general setup, but God Eater 3 moves the timeline a decade forward from God Eater 2 and double-dips on the Armageddon. Indeed, the civilized remnant that survived the apocalypse that established the first two games has been destroyed again, this time by the “Ashlands”; giant storms of corrosive microbes that eat everything, human and Aragami alike, rendering the surface almost completely uninhabitable.

Even regular God Eaters aren’t immune to the Ash, and all that’s left are underground settlements linked by armored caravans. A new generation of “Adaptive God Eaters” have some resistance to working in the Ashlands, but they’re also hated and feared by the regulars. Your customizable character – and their buddy Hugo – are practically slaves in their home settlement, forced into restraints whenever you’re not out in the wasteland killing monsters for uncaring prison guards.

This moody narrative suits the game’s over-the-top sense of style well, but I have to admit it’s quite familiar to a veteran anime fan like myself. The plot beats give me flashbacks to any number of edgy sci-fi shows, particularly Mobile Suit Gundam: Iron-Blooded Orphans (hint: you’re Mikazuki), or even Freedom Wars, the Vita-based hunter game from God Eater‘s original crew at studio Shift.

The mechanics are similarly familiar, as well, with all the weapons from the earlier games returning, plus two new ones: The dual-bladed Biting Edge, and the axe-like Heavy Moon. The “Blood Art” system from God Eater 2 has been modified into the “Burst Art” system, and is even more customizable. Players can tweak a surprising amount about nearly every aspect of their combat style, from the properties of their chosen weapon to the color of the visual effects released when performing a Burst Art. But at a core level, the game hasn’t changed much since God Eater first appeared on PSP.

That’s not necessarily a bad thing per se (sequels should be expected to be like their forebears, of course), but it may dampen the hopes of folks thinking that innovation is what’s needed to secure God Eater‘s future.

As for me, I’m at least having fun learning to master the two new weapons and grappling with some of the less thoroughly explained subsystems. Beyond that, it’s a fact that hunting games in this particular style only really reach their stride after a comparatively long period of acclimation. With luck, that time – and the release of our full review of God Eater 3 – will come soon.