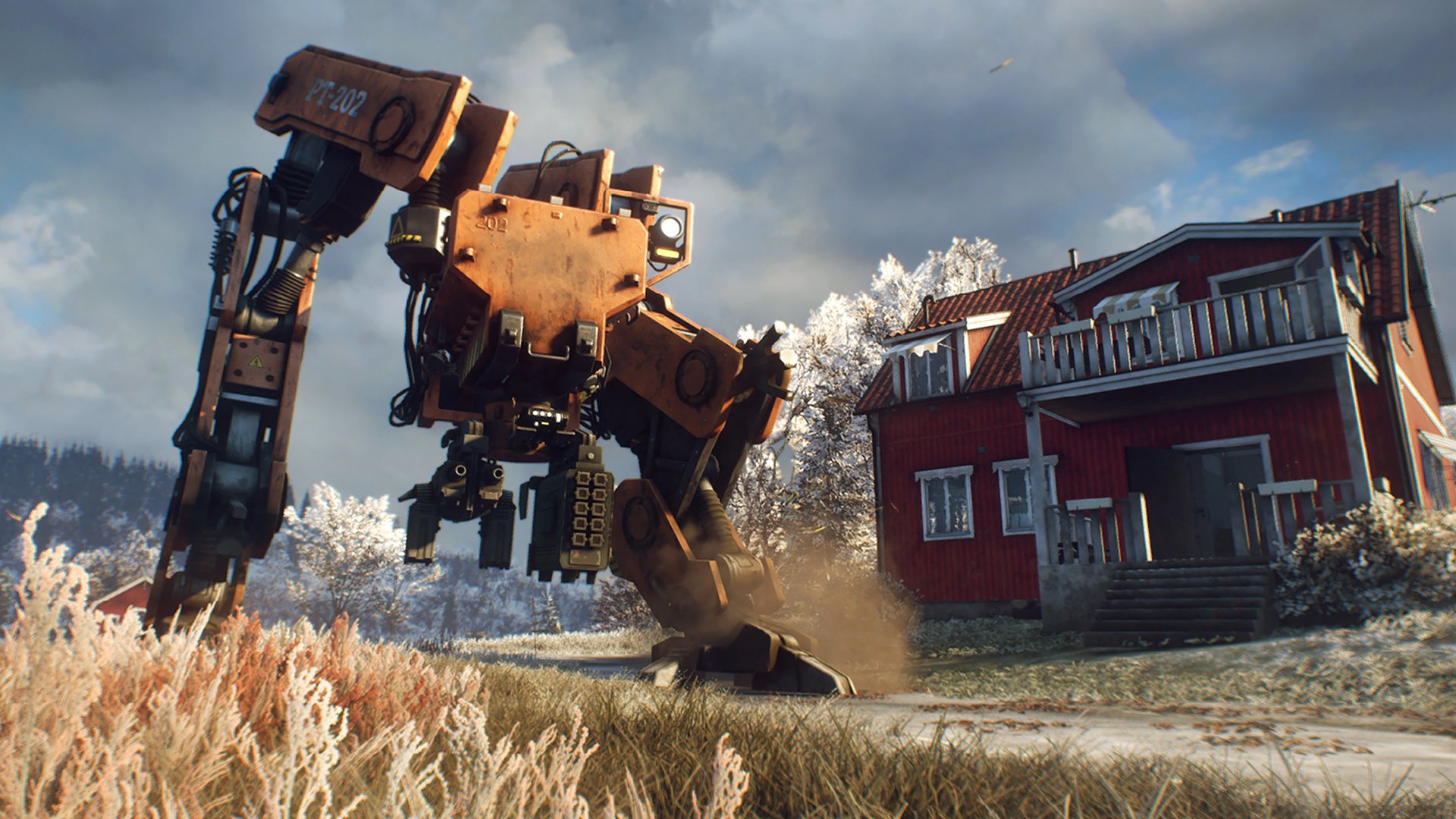 I really didn’t know much about Generation Zero going into this review. I saw one video and read Brett’s preview, which was enough for me. Avalanche does not have a great track record, all things considered. The DLC for Just Cause 3 and the entirety of Just Cause 4 were disappointing, but I figured since this was an entirely new direction, that didn’t hold much water.

Well, Avalanche has figured out a way to make one of the most internally polarizing games I have ever played.

Allow me to take you through my first experience with Generation Zero. A friend and I played together for over three hours in our first play session and came away more torn than we’ve ever been on a video game. On the one hand, there are moments that most games can only hope to achieve in gameplay, yet on the other, I absolutely loathe playing Generation Zero most of the time.

So yeah, it’s a strange experience.

The game starts off on a strong foot. There is a text crawl that sounds bonkers, then players loot a nearby house and abandoned cars before encountering some actual enemies. Encounters are interesting — they range from pure gameplay excitement to trite “not this again” wastes of ammo.

The problem is that things do not progress fast enough. The robot dogs and little buggos that are in the first area begin as a slight challenge, but the only challenge increase for hours is that sometimes there are more of them. Ammo is plentiful and encounters quickly feel like busywork. Plus, enemies seem to respawn which takes away a lot of satisfaction from seemingly culling the numbers. Revisiting locations is dreadful because a ton of robot dogs are going to be there again and this time they probably won’t drop ammo.

On top of this, things start to feel very samey very quickly. Almost every house that the player enters is identical, making the world feel cheaply constructed. Once we entered a “major” town that had about 10 identical houses, we simply gave up on the story and just booked it as far as we could go. And you know, maybe late-’80s Sweden is like 1960s American suburbia with the “little boxes” that all just look the same, but damn it makes for boring exploration and gameplay.

My buddy mentioned that it feels like Avalanche made a battle royale map and then pivoted somewhere in development, and he couldn’t be more on the nose. A whole bunch of copy-pasted buildings with some points of interest on a mostly-barren topographical map feels very much like a battle royale map, not to mention the awful PUBG-esque inventory UI. I’m in no way implying this is what happened, it just has that feeling.

Okay, let’s talk fighting robots. As I mentioned before, fighting the earlier enemies grows tiresome, but there’s still something to be said about discovering their weak point and downing them in two well-placed shots. Once we gave up on caring about the “story” and just ran towards the high-danger areas, combat started to actually become enjoyable.

The stronger robots can be a blast to fight, as their movesets and devastation are out of control. The bipedal robots act like Gundams and fighting them feels appropriately intense. The much larger robots absolutely wreck without a proper approach strategy, but can be taken down with enough ammo and patience, even with the most basic of weapons (which was all we had at the time).

That being said, the AI is far from perfect. With two people, it is super easy to circle-strafe and distract the bipedal robots or to make the larger robots turn around, exposing their weak points. This doesn’t make the game a cakewalk, but it starts to feel less like “I’m performing well!” and more like “I’m exploiting AI patterns to win.”

While I’ve exclusively played with a partner so far, I can’t imagine playing solo is enjoyable in the slightest. Most of my memorable moments were from mess-ups or wacky co-op moments which would not be possible solo. Plus, the harder robots have weaknesses on their backs, which is much harder to get to solo. There are distraction items (like radios and boomboxes), but they are single-use and I feel like that would get stale.

I swear, watching the promotional videos for Generation Zero, having actually played the game, feels like I’m being bamboozled. What game is that? Why don’t my graphics come close to that aesthetic? At times it looks beautiful, and at others, it looks like a Half-Life 2 mod. I’ve never been so confused when it comes to whether a game looks good or not. Like, the goddamn wheat field gets brushed over as players walk on it, yet the mirrors show the skybox and random reflections in the room. What?

Generation Zero is a game that forced me to constantly remind my buddy that it is not an Early Access title. The game straight up feels unfinished. Despite having some legitimately entertaining and exciting moments, there’s just not enough going on to justify seeking them out. Maybe the moment-to-moment gameplay gets better as things progress (oh boy I hope so), but the question remains if it’s even worth it to get to that point.

I think this game will be good. One day. That day is not today, nor do I think it will be anytime soon. Generation Zero plays, looks, and feels like an Early Access title. The budget price helps, but it’s still too much for what is offered here.