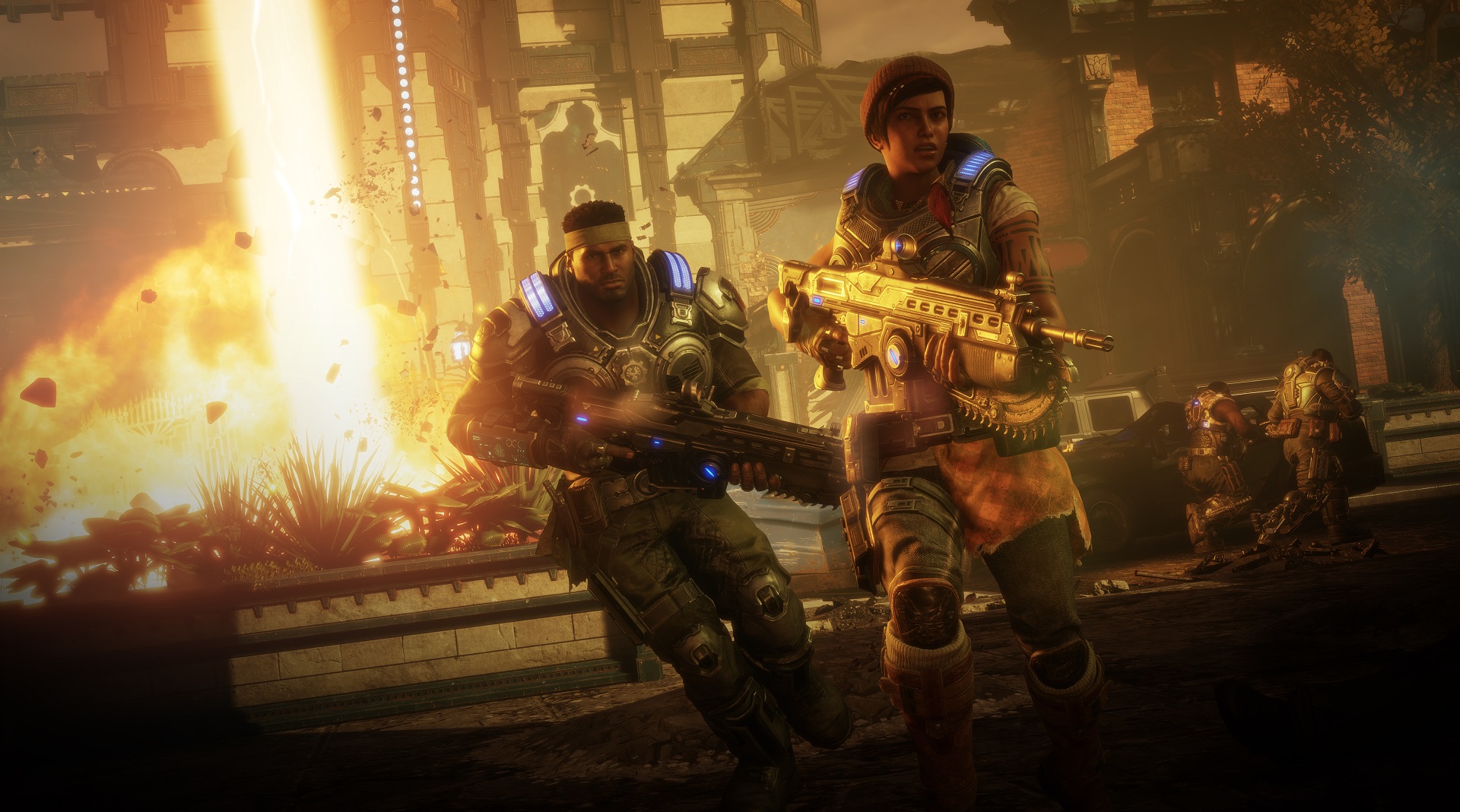 Gears 5 takes risks, more than just dropping the “of War” from the title. There are structural changes so that developer The Coalition can sincerely call this the biggest Gears game ever. In service of that goal, it works. Gears 5 feels huge at times.

But, in service of feeling like a Gears game, sometimes those changes are too much. Gears 5 strays from its roots and that’s commendable. But there’s also a cognitive dissonance when the formula feels different from what we’ve come to expect from Gears over the past 13 years. Sometimes bigger isn’t better. 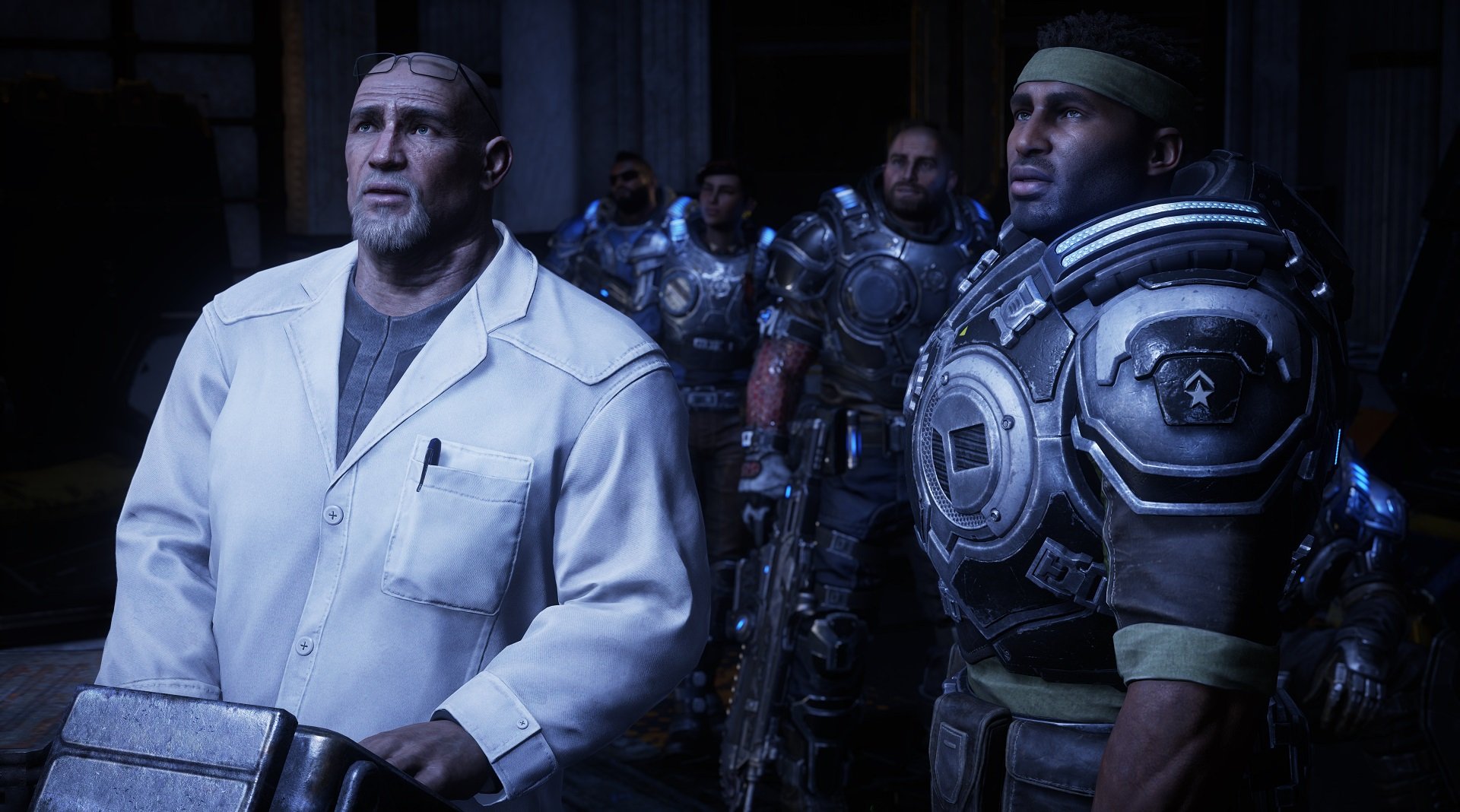 It’s not always like that though. Halfway through the campaign, and I’m just now being introduced to Gears 5‘s major overhauls. The build is deceptively slow, considering that there’s always something explosive and ridiculous afoot. The end to Act 1 had me rolling my eyes with astonishment, convinced I wouldn’t see something more delightfully stupid in video games this year.

For a long time, Gears 5 feels exactly like the Gears everyone expects. Heavy-handed exposition stitched together by loud setpieces. Corridor shootouts that lead to more corridor shootouts. So much shouting. Gears has never been subtle and it’s not about to start now.

Sometime in Act 2, it changes. Steering a skiff, we’re asked to traverse a snowy pass at our own leisure. There are optional locations that probably hold side quests, collectibles, or resources. There’s a map to help navigate. It’s big and it’s bleakly barren. It’s quiet. It’s starkly not-Gears.

That’s all kind of just a diversion. Once back in pursuit of the critical path, Gears 5 returns to form. The locales are self-contained and rife with detail. The combat sequences are punchy and tense. The story can continue. Gears is best when the setting is small so that the action can be focused. That’s when it can hit the hardest. 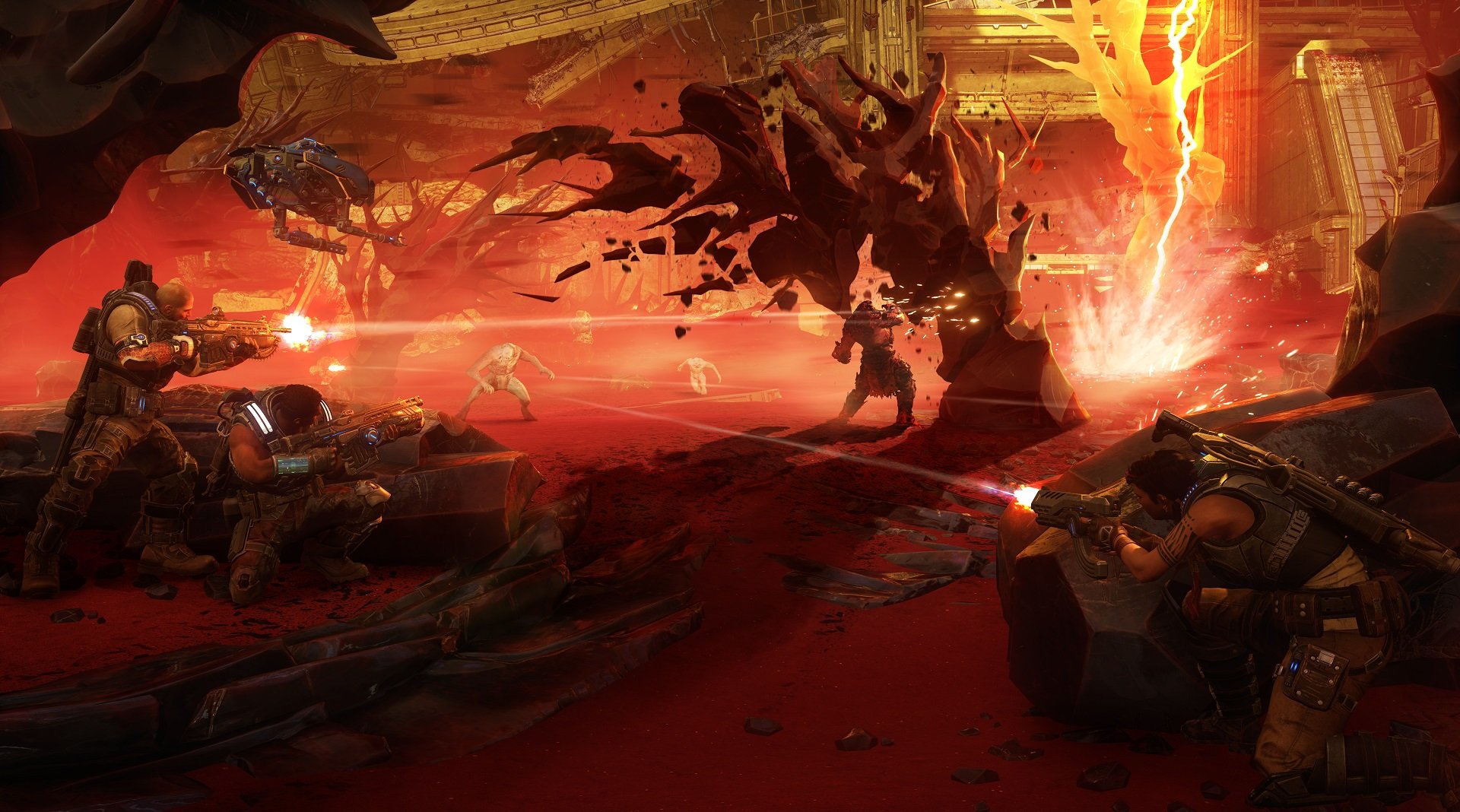 That being said, Gears 5‘s combat is predictably excellent. This cover-based shooter shows no signs of aging. Waiting in cover, popping up for a few seconds of sustained fire, ducking back down, hitting an active reload, repeat until everything’s dead — that’s a loop that never really gets old. (Also, I still maintain that active reload is one of gaming’s neatest simple mechanics.)

There’s another relatively-major addition. Jack, the robot that always accompanies you, can be upgraded. Components are hidden throughout the levels that let you enhance Jack’s abilities. Apart from Jack’s passive traits, he has active abilities that can be swapped out. For instance, you can switch between having shock traps or an area-of-effect scan that highlights all enemies. 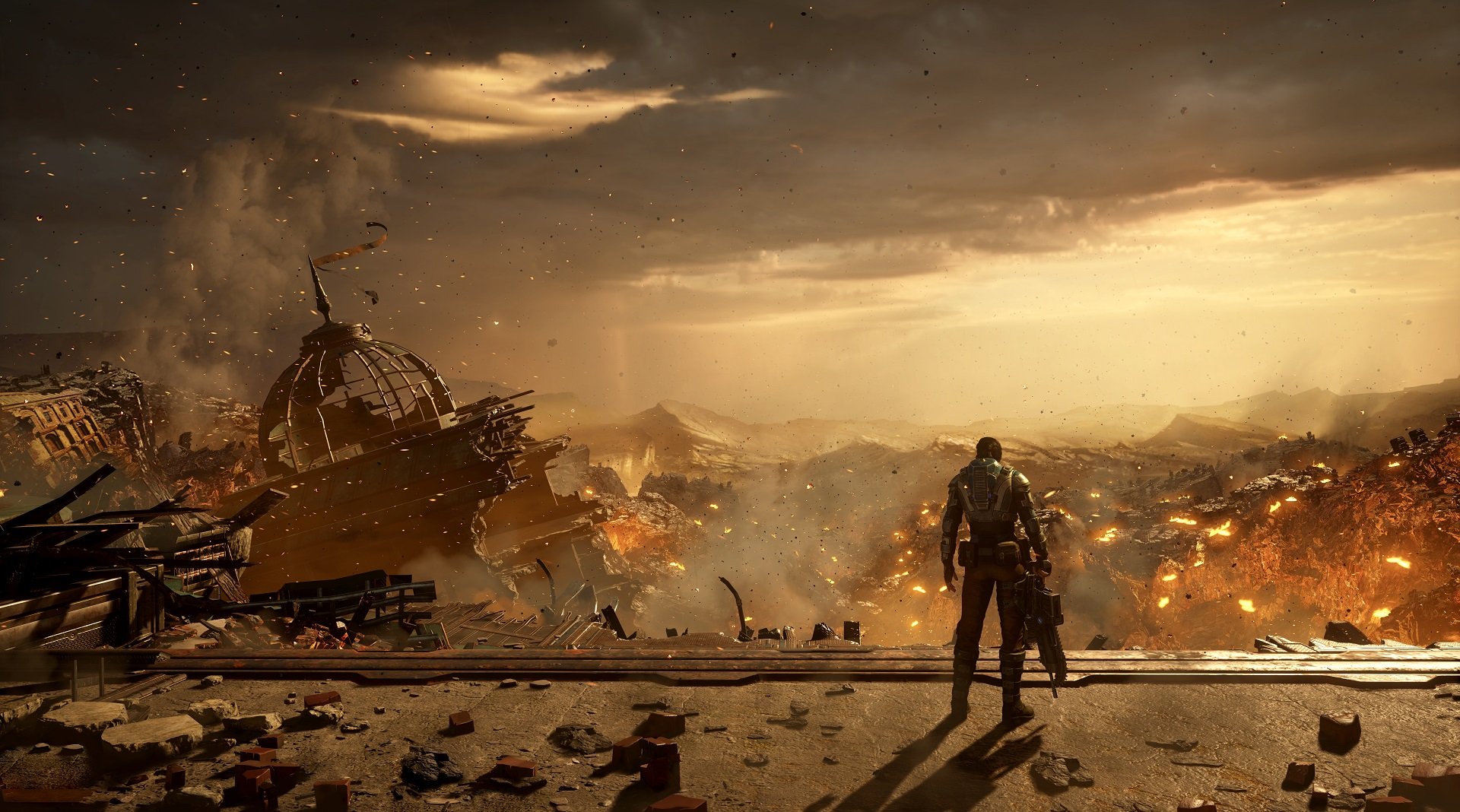 It’s a superfluous but inoffensive system. Jack’s abilities aren’t really necessary except for sections where they’re shoehorned in. However, Gears 5 features three-player cooperative play, leaving one person to control Jack. Under these circumstances, Jack’s build would be far more useful and important.

Gears 5 focuses on Kait, and unraveling her lineage is a narrative I want to see through to the end. It’s a personal story, a cue this game carries over from Gears of War 4. The original trilogy was, for the most part, a tale of large-scale conflict. The tonal shift with the new games isn’t necessarily more interesting, but it’s more intimate.

Thus far, Gears 5 is shaping up to be a solid Gears game, even if I’m not keen on the new things it’s trying. Gears works best as a linear cover-shooter, not as something with “open-world” sensibilities. Sometimes things don’t need to evolve. Sometimes you just want to keep wrecking shit with the chainsaw gun.