For Honor reminds me of the kind of game that gets featured in TV shows where the writers don’t really know a lot about games. It’s just this crazy mash-up of fantasy warriors, cool martial arts, and plenty of blood splashed about without any real context or plot.

Turns out, I’m totally fine with that.

Similar to games like Bushido Blade and Mount and Blade, For Honor is all about digging into the nitty-gritty details of sword fighting and one-on-one duels, but it occupies an interesting middle-ground between simulation and fantasy. It’s not quite as stark and unforgiving as Bushido Blade. Players have a life bar and the different characters all scream personality with unique moves and flashy weapons rather than focusing on an extremely realistic depiction of mortal combat.

But, at its core, it’s still all about subtle movement, skillful feints, and reading your opponent. It’s tense and personal, but still showy and theatrical. Picture your favorite scene from an old samurai flick or premium HBO drama series. Chances are, you can recreate it in For Honor.

Ubisoft didn’t send out codes until the day before release, so while I’d like to have a full review ready to go, that’s going to have to wait a few days. I can provide you with my initial impressions though, which are mostly positive with one big exception. 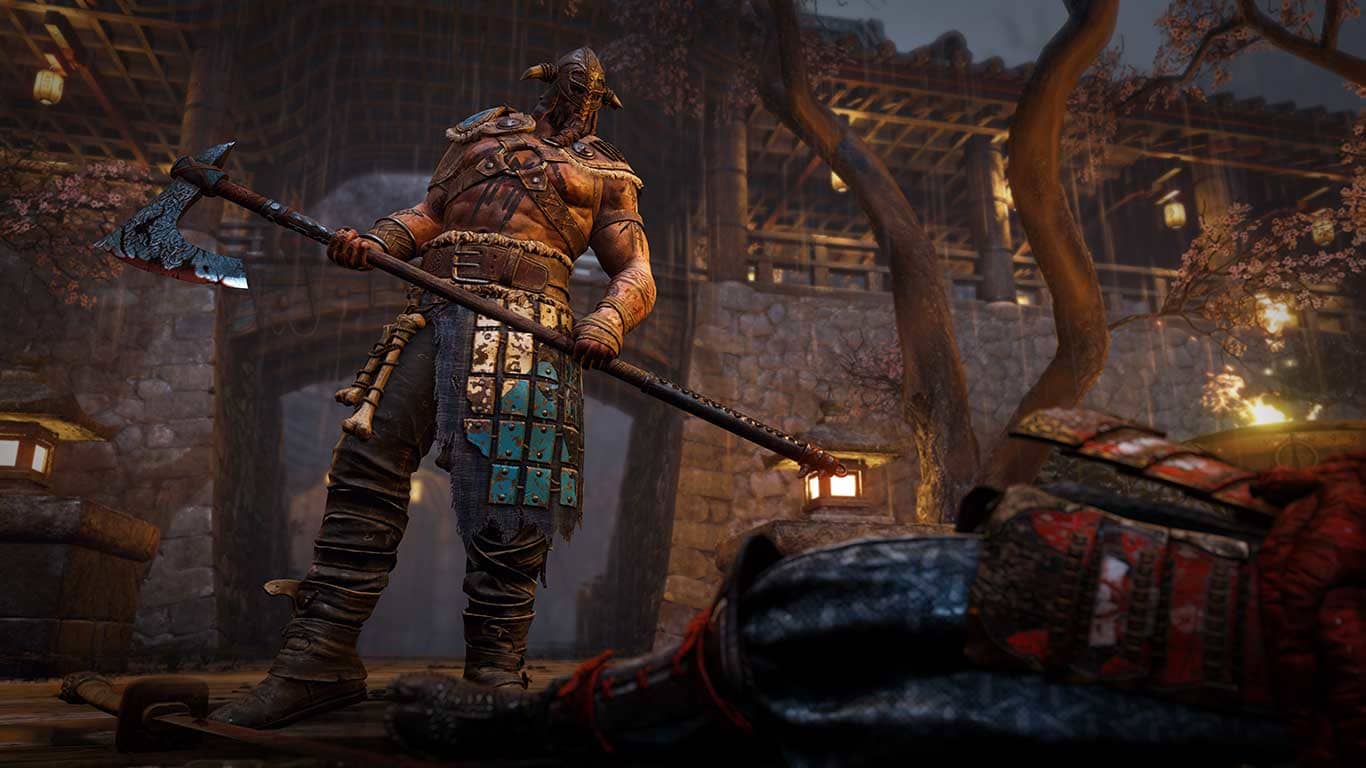 For Honor features the same great in-depth combat I remember from the closed alpha many months ago. Getting a wider sample of the different characters and fighting styles available this past weekend with the open beta and early access certainly backs up the early promise of the concept. The directional attacking/defending system totally nails the simple-to-understand, hard-to-master sweet-spot of a great fighting game.

Each character, from the straight-laced longsword-wielding Warden, to the completely off-the-wall Shugoki with his massive club, has their own nuances and match-ups to learn. I’ve put in several hours now and I’m still being surprised and beheaded by new moves and strategies as the players get a grip on what they can do. It will be interesting to see how the battlefield develops. Right now, it’s positively thrilling.

Unfortunately, that good, good fighting hasn’t always been packaged in the smoothest experience. During the beta weekend, the servers seemed to be buckling under the load of the player base. I got bounced out of plenty of matches and experienced a fair degree of intermittent lag. Hopefully these were just last-minute beta kinks and the game will play well after its proper release. Either way, I’ll be sure to let you know. 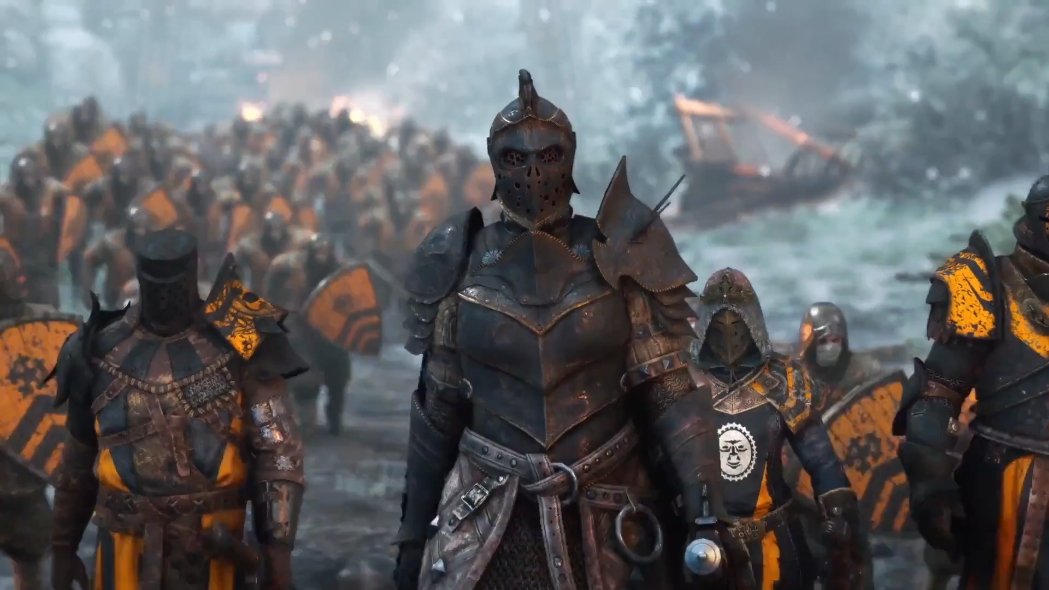 Right now, I’m taking a break from multiplayer to work through the story mode. So far it plays out exactly as you’d think it would. You start as the Knights (the most approachable of the ancient murder bros), and quickly get swept up under the command of a warlord, Apollyon, who wants to conquer all of the other territories. She talks a lot about the differences between wolves and sheep, dresses in all black, and carries a serrated sword. I’ve got a good feeling about her!

I’m a little concerned about the ongoing progression system. There are scads of cool insignias, engravings, helmets, and gear upgrades to unlock, but the path to getting them seems steep. Unfortunately, my fears that Ubisoft would be stuffing this game full of microtransactions were well-founded. There is a store prominently displayed in the opening menu, a season pass of mysterious value already for sale, and you can buy costume or “steel” (the in-game currency) packs for real cash.

The economy is unchanged from the beta, requiring you to unlock characters for 500 steel a pop, while outfits can range into the thousands. Gear upgrades still come as random rewards at the end of winning matches and in gashapon-style random packs purchased with steel. This is bad enough, but the fact that the cash trickles in at a geological pace is the real kicker. The average (victorious) ten- to fifteen-minute round only coughs up a paltry 30 steel. You can start doing the math on how much steel that is per hour when you factor in loading and matchmaking yourself.

Completing the tutorial gives you 2,000 steel, which seems like a lot until you realize the nine additional characters are locked from the start (outside of a demo of sorts for each, where you can initially try them out without access to progression and customization). This means you won’t even get the full spread of the cast until you do some serious grinding, or pony up some extra dough. Pretty shitty. 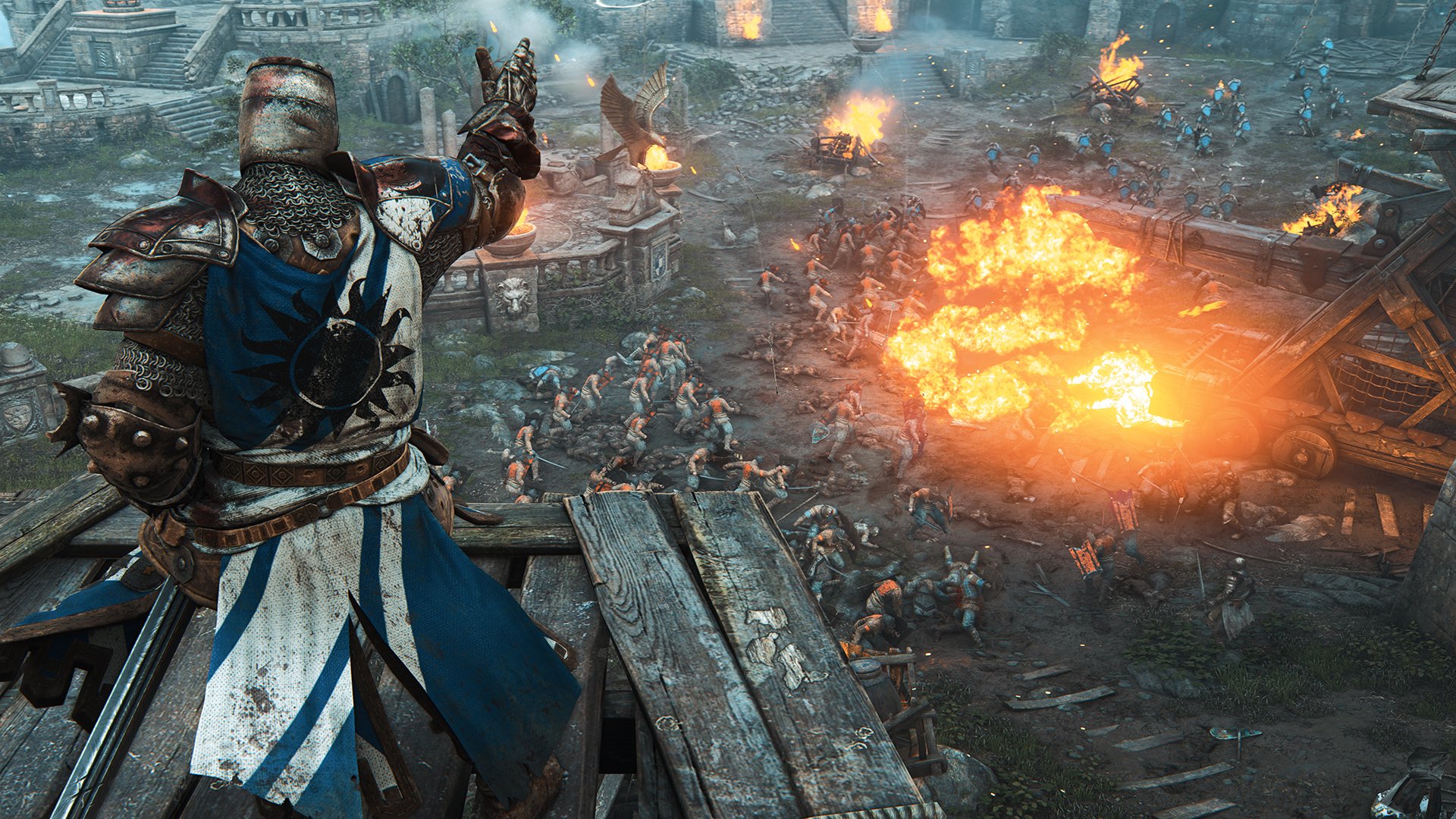 I’ll have to spend a little more time with the game and see if the steel economy ramps up, but the blatant cash grab left an early sour taste in my mouth. I’m still enjoying the sword fighting and skull-bashing, but we’ll have to see what wears out first — my bloodlust, or my patience with being treated like an open wallet. I’ll be back later this week with the answer and a full review.