I spent most of my weekend playing Everybody’s Golf. I regret nothing. Not a single moment.

After a way-too-short online test session in which I swam laps as a blue-skinned space dad and dropped shruggies while lounging in a serene course, I’ve been dying to get back. Months later, I’m having just as good of a time, if not more so. This is probably the most fun I’ve had with any golf game.

The full version confirms what I knew from the beta: that Everybody’s Golf absolutely shines if you’re willing to embrace the online aspect and play on the Open Courses. You’re able to freely roam while chatting and golfing alongside strangers. You can drive carts like a maniac. You can fish for loaches. You can use Clap Hanz’ built-in chat messages at the most inopportune times. It’s all so wonderful. 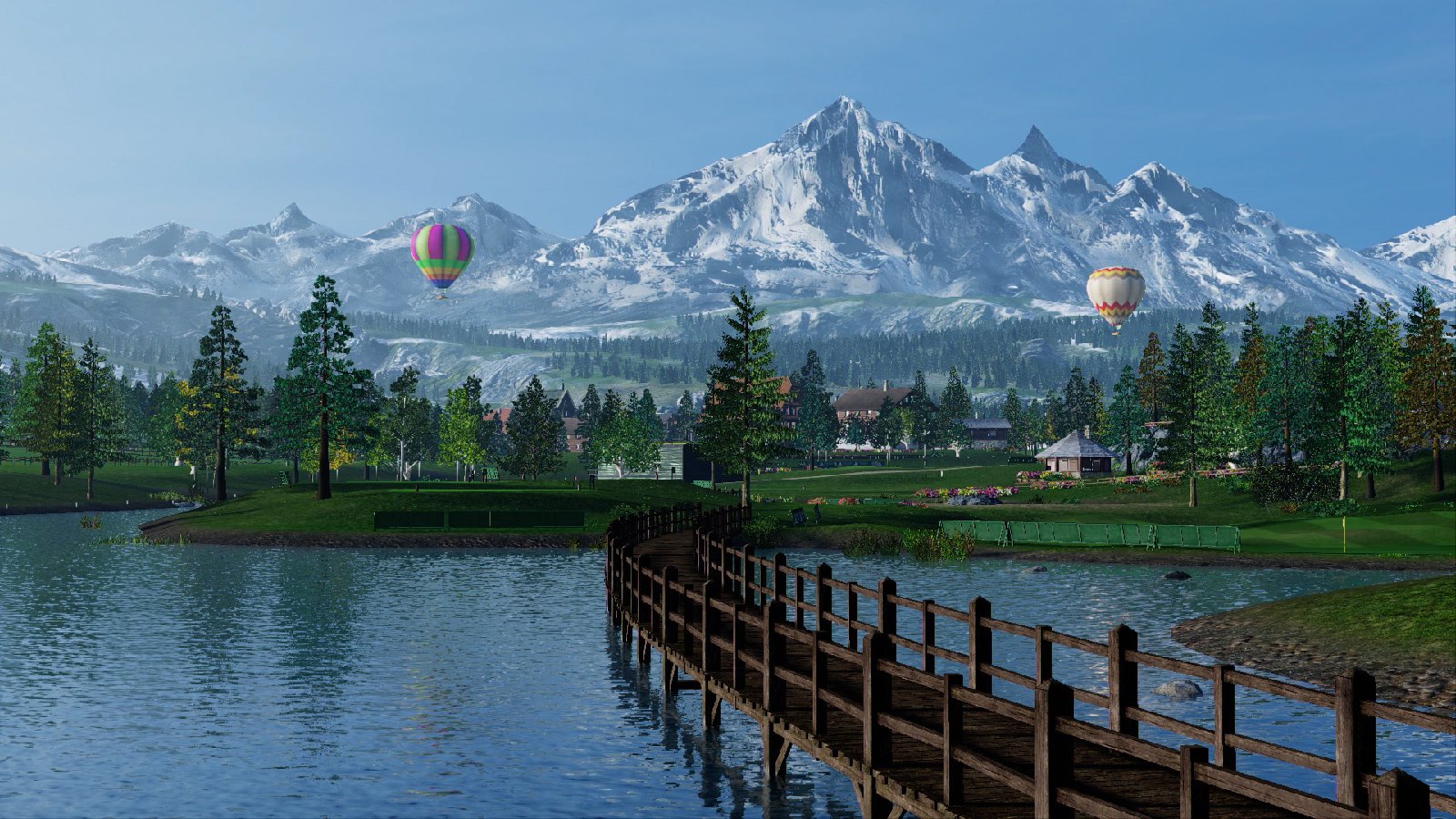 That’s not the whole game, though. There’s a single-player component (as you would hope and expect) in which you take your custom-built character and participate in tournaments against AI characters, slowly working your way up the ranks, unlocking new gear, and going head-to-head against rivals.

For the most part, this format really speaks to the game’s name. It’s golf, for everybody. (At least early on.) You’ll have access to one course to start, Eagle City, and tournaments are semi-random in terms of which characters you’re going up against, the time of day and weather, and modifiers like increased cup sizes or oh-so-helpful tornado cups. Everybody’s Golf gives you plenty of time to learn the game in general and also this series’ nuances, so if this is your first entry — or just your first one in a while, like me — you should be able to gel with it straight away. I appreciate how inviting and relaxing it is.

For each tournament you complete, you’ll earn XP and new cosmetic items — even if you don’t win. Fill up the XP bar, and a rival will come to your personal island hub, challenging you to a one-on-one battle with special rules. These characters often have specific strengths or strategies and the match rules can mean anything from tiny cups to incurring a penalty if your ball lands in the rough or you take more than 15 seconds to swing. (The latter never ceased to stress me out during the game’s otherwise easy-breezy three-click swing mechanic.) This slightly too grindy tournament-playing process repeats until you beat enough rivals to open up the next rank and, thank goodness, new courses. Secret rivals will also pop up from time to time when, for instance, you earn X amount of birdies or eagles.

A word of advice once you have the basics down: toggle Serious Mode for tournaments so that you can earn more XP and, in turn, face rivals sooner. The leveling process becomes a slog after a while, especially if you’re keen to get all of the courses unlocked sooner than later for use in online play.

That repetition feeds into my main complaint for Everybody’s Golf, which is that I wish there were a couple more courses. There are five of them, with two more listed in-game but locked as DLC.

The good news is that I love what’s here (half-excluding the devilish hazards and layouts of Vortex Valley), and the game feels more substantial than that slim number implies when you’re out there freely exploring and causing mischief. But when you’re grinding out the single-player, that’s exactly how it feels: like a grind. It’s all spread a little too thin. That said, this isn’t a full-priced title and I’m more than willing to pay for DLC courses. The foundation is excellent, make no mistake. It feels amazing.

Why a review in progress, then? The heart of this game lies in its online community, and I couldn’t experience that aspect to its fullest pre-release. I want to get a better sense of how the online holds up at launch and also test out more of the team-based Turf War mode before I reach my final verdict.