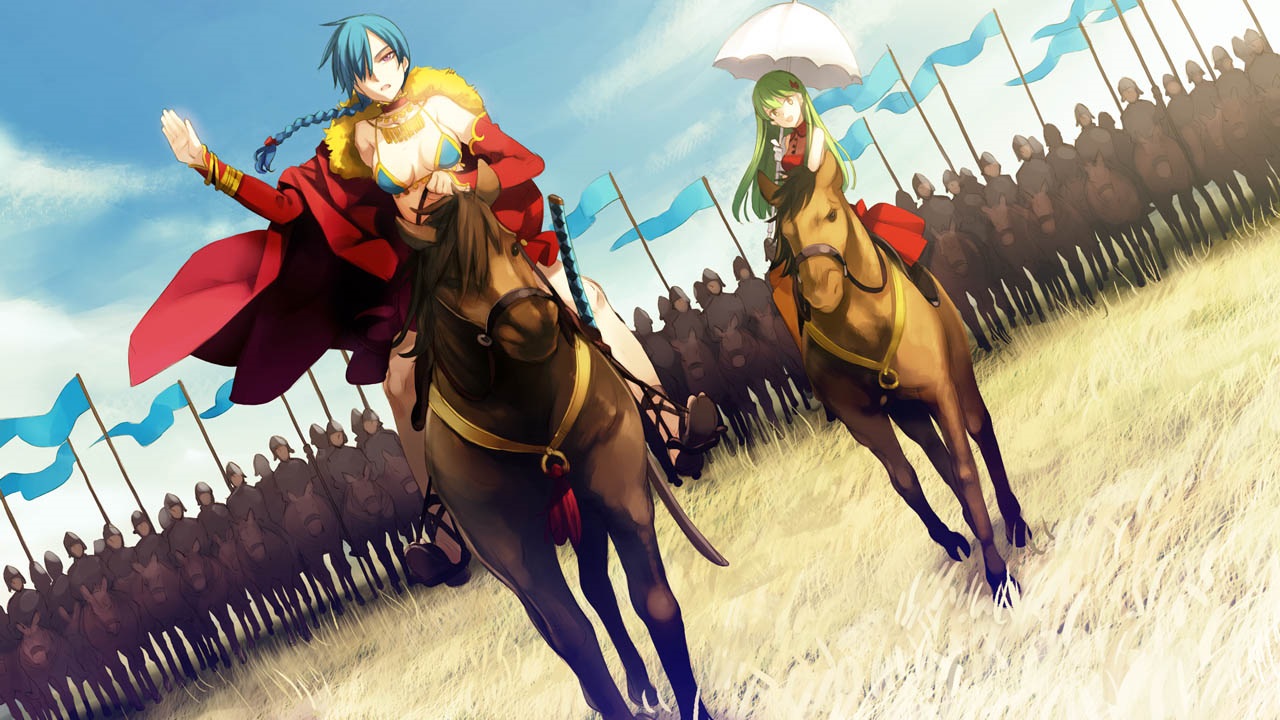 All is fair in love and war

Whenever a game lets the player pick a romantic partner, there’s a chance they’ll engage with other people in a debate over who’s the best candidate. If your opponent disagrees with you, then their reply will contain the s-word and your favorite character in the same sentence. Of course, this confrontation can happen with other mediums.

The romance strategy title, Eiyu*Senki – The World Conquest, may not bring an end to this conflict, but you got to give it props for letting the player partake in a harem. While its sex scenes were cut in the Steam release, this version shows more goods than its all-ages PS3 port from 2015.

Without the adult content, Eiyu*Senki is left with its silly premise about Zipang (Japan) taking over the world. The random part about this objective is that it’s meant to help everyone overcome a disaster. With the setting being in a realm where every historical figure is a woman, I felt like I was going through a cheesy war-themed harem anime.

Each character is amusing, and the concept of nations becoming close friends after a war contributes to its campy tone. The cast may exhibit signature tropes found in the harem genre (such as the girls who fight over the guy and the one who acts like a sister figure to the protagonist), but their traits go well with the story. My favorite moments include Lancelot being a foodie who wants to try every area’s signature dish, along with Marco Polo’s obsessive crush on Kublai Khan.

Management plays an important role in fights as you alternate between attacking territories and defending your own. The battles play out in a turn-based manner, with your unit’s strength and their position determining the outcome. All in all, their basic format works well in keeping people engaged since you need to have multiple parties for each scenario. If you decide to take on the large nations first, then you’re given better items for taking a huge risk. Thanks to this option, my quest for world domination felt more rewarding.

Unlike the PS3 port, this release contains illustrations filled with uncensored breasts. However, there are some images in Eiyu*Senki‘s early segments where the characters are covered up, such as a scene where a girl has candle wax on her nipples. Since I came across the uncut pictures later in the game, Steam’s policies likely played a role in the edits being made.

At the moment, I managed to conquer Asia, Macedonia, and the Americas’ major cities. From the looks of it, I have a bit to go before the world is mine. As the game begins to reveal more things about the true enemy, I’m interested in seeing if the narrative’s serious parts are on the same level as its comedic segments.