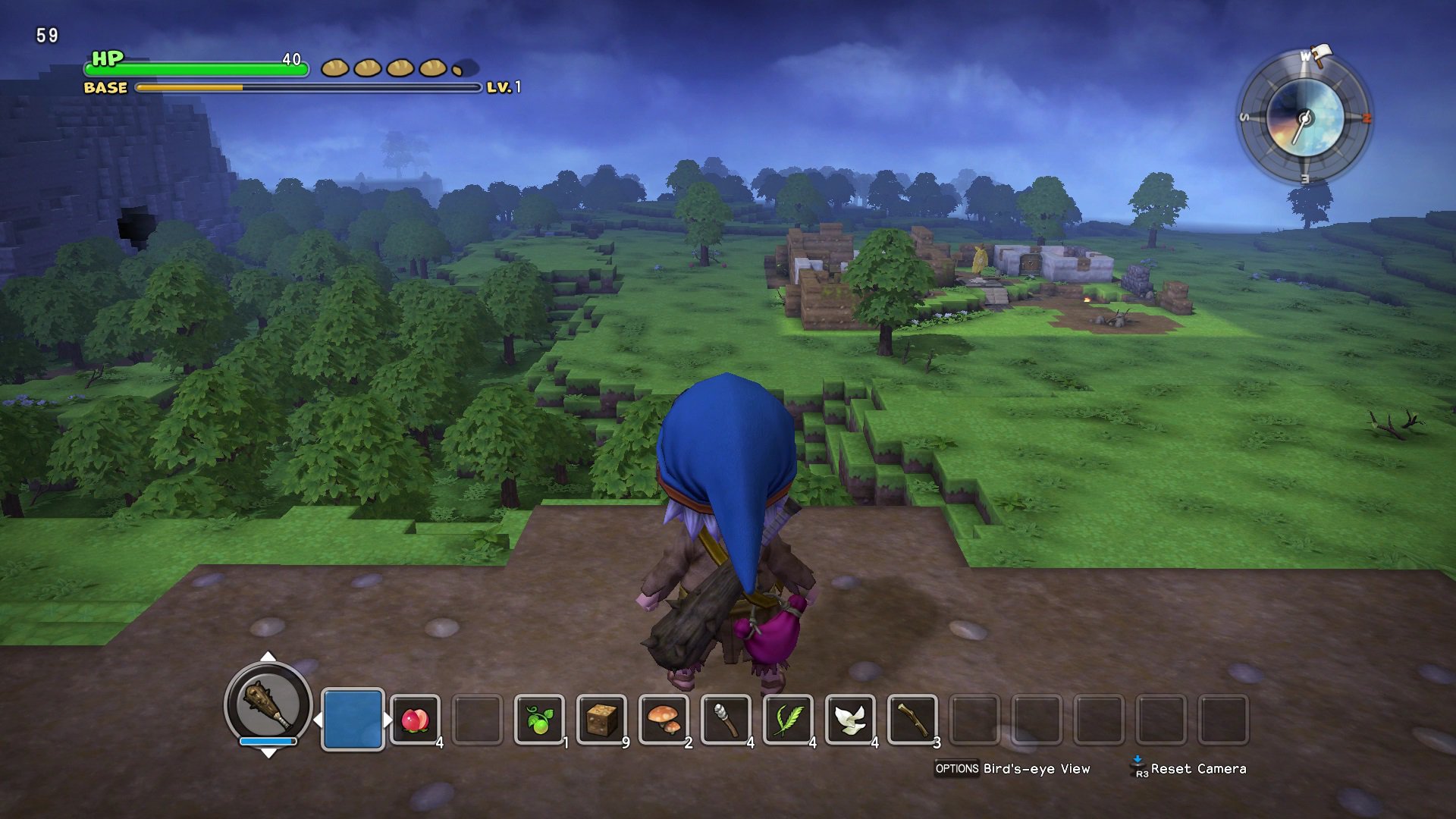 I had the chance to preview Dragon Quest Builders recently, and it left me wanting more.

Initially I thought that there was a chance the game was front-loaded, and that after that honeymoon period passed, things would potentially devolve into a repetitive trek. I’m glad to discover that’s not the case.

I can’t stress enough how much having an actual story succeeds in dragging you further into Builders. If it was just a sandbox mode it wouldn’t be nearly as addicting, but a full-on campaign with progression, bosses, and quests mirrors the old-school JRPG experience so well, it ultimately feels like a more open version of the originals.

One thing I really took to over time is how the NPCs interact with you in your main town. You can build them their own rooms, have them perform tasks like cooking, and even occasionally party up for some spelunking. They also exude personality, a trait that’s even extended to some friendly monsters, one of which who has a fondness for dick jokes.

While you’d think the stalwart adherence to the original would result in a dated game, it really just highlights how much character it had all along. Every 30 minutes or so you’ll run into at least one or two new enemy types, with variants that are just different enough to justify their existence. And the soundtrack? It’s still one of the greatest collection of pieces ever created.

I adore how none of it feels contrived, forced, or packed-in for the sake of nostalgia. It all flows well, including the natural progression to new tools that mirror the discovery of new villages and vendors in a classic JRPG romp. There’s a small sense of rote iteration, especially if you power through the questline with little exploration, but any of those feelings are quickly washed away.

Most of the larger issues I have are small annoyances. Builders has strict “room” guidelines that you have to follow to create certain structures, of the “one of [x], [x], and [x] objects within the same walls” variety. If you for any reason remodel, chip away a chunk in a wall, or rebuff an enemy offensive, the game will pause for a brief second and strip away the status of that room. I had one instance where I couldn’t for the life of me figure out why a room was unfinished, only to find that one block, hidden underneath a pot, was missing.

I’ve had less than a week with this behemoth of a game, so I need more time to provide a full assessment. The campaign (which must be beaten to unlock the sandbox mode) is huge, and according to Square Enix, lasts as long as a proper Dragon Quest game, so there’s that. Since none of it has felt like a slog so far, I’m totally okay with that time commitment.