Here we are, about a year after the launch of Disgaea 5, and I’m reviewing the second game in the series. What a world! Now that the series is gracing the PC platform, I finally have the chance to play it. As a huge Final Fantasy Tactics and Shining Force fan, I’ve always had a strong interest in the series but haven’t actually picked it up until the PC debut.

God damn, these games are out of control! 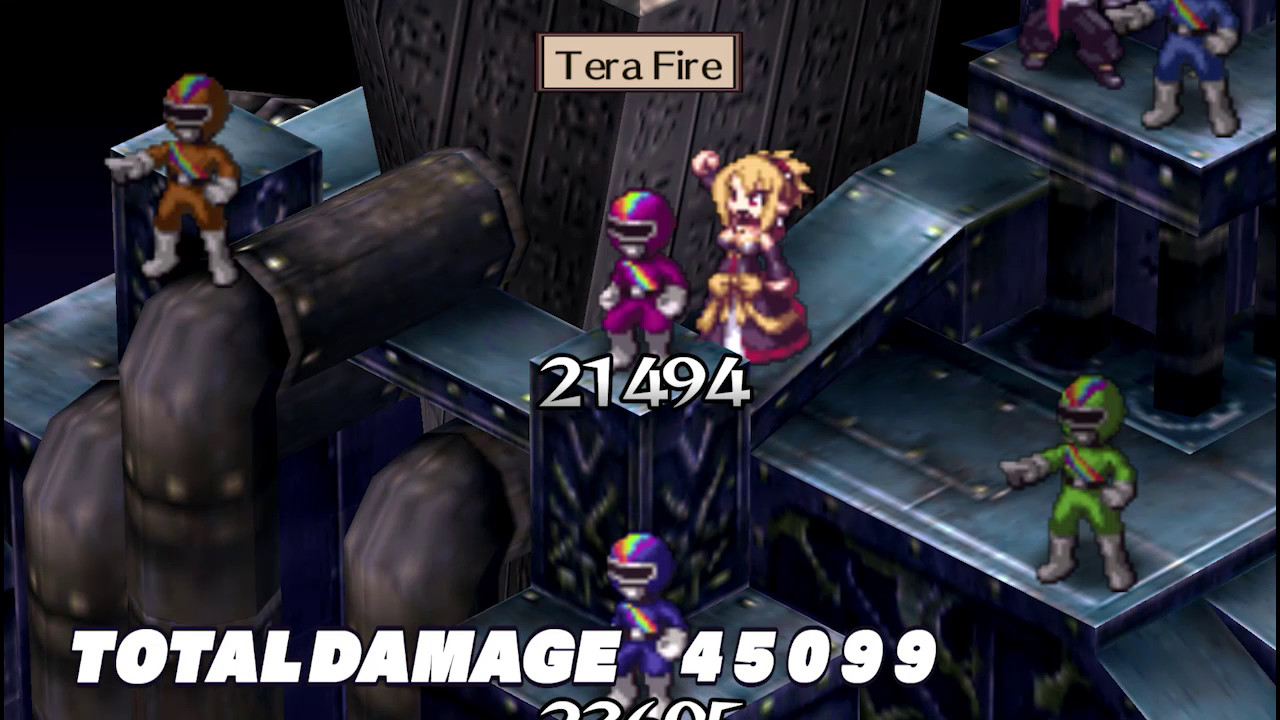 I love how ridiculous everything is in Disgaea 2. The plot, mechanics, and characters are so wacky that I can’t help but be enamored with all of it. Well, all of it except the terrible voice acting. It’s not just “haha everything is cutesy and weird and so is the voice acting,” it’s more like “oh god please make it stop.” That’s not to say that it is horrible across the board, but boy are certain characters awful.

There’s certainly a lot to take in here mechanically, especially if you’re new to the series or genre. Being able to pick up and throw characters has a huge impact on the game and without the first game to hone those throwing skills, it can feel overwhelming. That being said, the extra layer of strategy that this mechanic opens up is crazy. Hardly anything is “out of reach” in a given turn, but there’s a huge cost-benefit analysis to be done when potentially putting someone deep into enemy territory.

Then, when you consider that there are Geo Symbols and Panels (and ‘splosions), it may take a few minutes of blueprinting before you actually take a turn. The tutorial battles do a decent job of introducing these various mechanics, but it takes a bit more time to truly comprehend their importance and various interactions with each other. This isn’t even to mention the complexity of the Item World! The intensity of the mechanics is a huge contrast to the quirky and fun tone of the story, which is perfect because after a stressful battle, you need a chuckle or two.

The jump to PC has been mostly kind for Disgaea 2. There are some typos in the dialogue here and there, but I have no way of confirming if those are new or not. It’s possible to do just about everything with the mouse, which is nice, but there is definitely some jank. Jank that you can get used to, but jank nonetheless. After playing with both options, I think it’s more comfortable to play with a controller.

Visually, there are some filters to add on top of the sprites if you so choose, but I personally think that they make the game look way worse. The pixelated characters are done well enough, even on a bigger screen, and are certainly better than the vaseline-covered versions that the filters provide. You can see examples of this in the options video. The textures on the landscapes are clean, but rough. It’s definitely a game from 2006. It’s not terrible to look at (some may even say it adds to the charm), just don’t look with too critical of an eye. Combat visuals are still great, which tends to make up for everything else.

The PC release includes everything from Disgaea 2: Cursed Memories on the PlayStation 2 and Disgaea 2: Dark Hero Days from the PSP, in addition to some extra playable characters, so if you missed either (or both) of the original titles, this could be a great opportunity to jump in. You won’t need prior Disgaea experience to enjoy this sequel, though it helps to have a prior understanding of the mechanics, as it can be a lot to take in all at once. The transition to PC has been agreeable for Disgaea 2 at least, which is more than I can say for some other titles!