Destiny was released earlier this year, and like many hyped games, it failed to deliver on its promises. The good news? It was still a well crafted shooter, and practically everything involving the actual gameplay was excellent. In fact, I find it hard to go back to other shooters now — that’s how good Destiny feels.

Unfortunately, the folks over at Bungie made a number of design choices that prevent players from consistently having fun. There was also backpedaling over the past few months — some of which led to changes to the raid — that brought even more glitches alongside of the update.

So far in my testing, The Dark Below plays out similarly. The core of the game is still intact, but there’s a lot of weird choices that prevent it from reaching its potential. 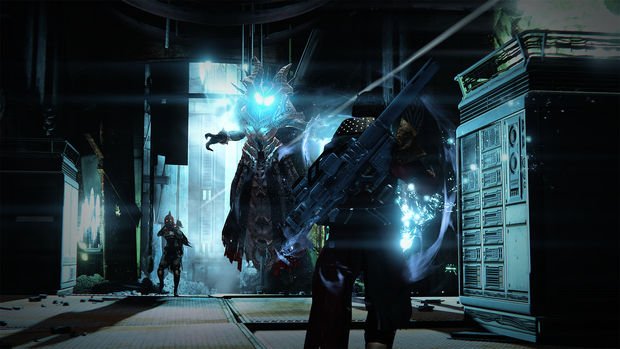 Let’s start with the story. The Dark Below centers primarily on the Hive menace, with the evil big bad Crota at the end of it. There’s been a lot of buildup within the core story and the appropriate codex entries for Crota, so it’s exciting to get to face him head-on; plus, the Hive themselves are an interesting foe. The actual narrative is a bit better this time around. There’s no lengthy, annoying cutscenes with pointless exposition or grunts. It’s all focused.

You’ll start the questline by speaking to the new NPC Eris, who has escaped from the clutches of Crota and lived to tell the tale. Dinklebot will take a backseat in this DLC, as his “wait until I open the door” mechanic and even his speech services are no longer required. Eris will hauntingly give us the story and the rundown this time. Funnily enough though since the ‘bot is gone, you’re going to power through the three story missions much faster than normal.

How fast? Roughly five to ten minutes each. There’s still gates of some sort, but now you can freely run about and wreck shop without fear of a lengthy Dinkle-diversion. There are some Fallen foes but the Hive is front and center, and the combination of Wizards, Thralls, and Knights makes for some fun firefighters. All in all, you’ll only meet one new enemy (which is basically a Wizard variant), and a few new areas. It’s certainly a better effort than the core campaign, but it’s just a taste — not exactly ideal for a $20 expansion.

Strike-wise, you’re going to get one more mission, or two if you’re on a Sony platform. The non-exclusive Strike, the Will of Crota, deals with the enemy you met in the story, Omnigul. It’s mostly in a re-used area which is a massive bummer until you get to the tail end of the Strike, at which point the final confrontation is enjoyable. It’s basically a super Wizard with more Hive adds. Again, fun enough, but it doesn’t feel like a DLC add-on.

Fear not, Xbox owners, as you aren’t missing out on much with the PlayStation-exclusive Strike, The Undying Mind. While the area is technically from the final campaign mission (the Black Garden), it does feel new, and deals with the Vex. The problem is this Strike is incredibly short, and I feel like I’ve fought more Vex than I know what to do with after over 50 Vault of Glass runs. To make matters worse, the Mind is essentially a reskinned Nexus. It really should have been another Cabal-themed Strike.

In terms of PVP, you’ll also net three new maps: Cauldron, Pantheon, and Skyshock. The former is Halo-esque and one of my favorite arenas to date. Pantheon is more Black Garden, and feels like a modified battle pit that’s great for free-for-all matches. Skyshock will be very familiar looking to PlayStation owners who already have the similarly themed Earth map, but Xbox players will enjoy the variety a bit more. I haven’t played enough PVP to make a judgment on how the maps feel over time, but expect an assessment in the full review. 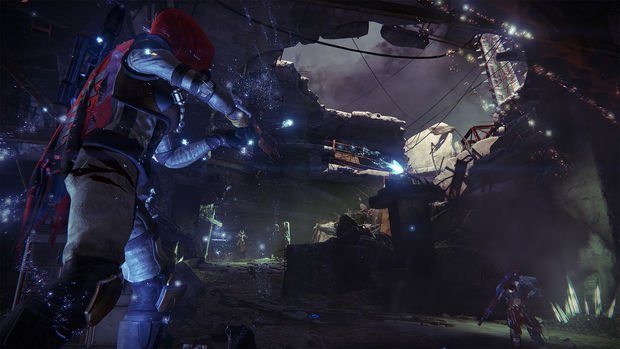 Of course, the big daddy piece of content is the new raid, Crota’s End. The new raid is designed to test your team’s skills to their maximum, and I’d say it’s a tad harder than Vault of Glass. While it has technically been completed today in roughly six hours by the top raiding static in Destiny, it will take regular players ages beyond that figure. Once again, the raid is the best part of Destiny. Although I’m a little over halfway through it, I’ve seen more variation here than the rest of the game combined.

Little things like pitch-black caves with pylons to hug to get rid of debuffs, and one-on-one swordfights are among the many mechanics you’ll face in Crota’s End. I came in with a group of five knowledgeable raiders and had a blast. It’s a shame that Strikes aren’t as fun as individual encounters in either raid, and that Crota’s End isn’t getting a hard mode until January. I’ll give my full thoughts on the raid soon. So far, I love it.

New changes are also afoot, most notably the Exotic system. In a sad turn of events, the new Exotic upgrade system is now partially based on RNG. To upgrade your existing weapon or armor, you need to visit Xur from Friday to Saturday, hope that he has your existing item, then pay to get the new version. Once you get it the leveling process is roughly a third faster, but having to rely on Xur is terrible design. 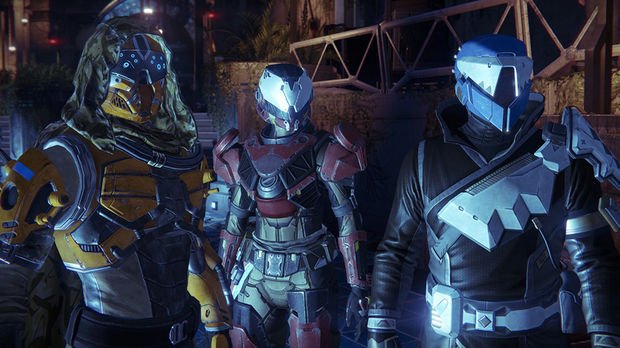 Other tweaks include Nightfalls and Heroics being bumped up two levels, with the current weeklies only accessible to DLC owners. There’s also more of a point to Strange Coins because of the Exotic Shard upgrade system, a new resource to manage for upgrades (including a helpful exchange for shards and energy), new vendor gear, and more resource gains and 10 bounties due to the last patch. All of it except for the new Exotic upgrade mechanic and forced DLC weeklies are well done and cut down on some of the less fun parts of Destiny. Two steps forward, one step back seems to be Bungie’s motto.

Again, while playing all of this content, the gunplay is still silky smooth. It sounds like an overstatement, but it truly is difficult going to another game after playing Destiny. The jumping system, physics, floating, aiming — everything feels perfect. Even though the DLC is underwhelming outside of the raid and Bungie has made some mistakes, I’m still having fun.

Having said that, just like the core Destiny experience, there isn’t a lot here that screams “must buy.” As I have more time to really dig into the current meta, explore Light level calculations, and test the longevity of the new maps and Strikes, I’ll give you a full verdict. For now, I’d only recommend The Dark Below to hardcore fans.