We can climb so high, I never wanna die

Kart racers are pretty much the only type of racer you’ll catch me playing. I can’t spin that wheel for nothin’. Put me in front of Forza, Gran Turismo, perhaps even Need for Speed and I’m lost, pally. Hold down the accelerator and take every corner at top speed, that’s me, hitting the wall more often than De Niro in Raging Bull. Ultimately, I’m a fighter, not a driver.

Still, I do love a great kart racer. From Super Mario Kart to… Mario Kart 8 (although to be fair I’ve never played Garfield Kart). For me personally, the king of the road is Sonic & Sega All-Star Racing Transformed. I put endless hours into that release. I loved it then and it’s still great today. I’ve been looking for something that gets my motor runnin’ even half as much for quite some time. And hopefully, with Crash Team Racing Nitro-Fueled, I might have found it. 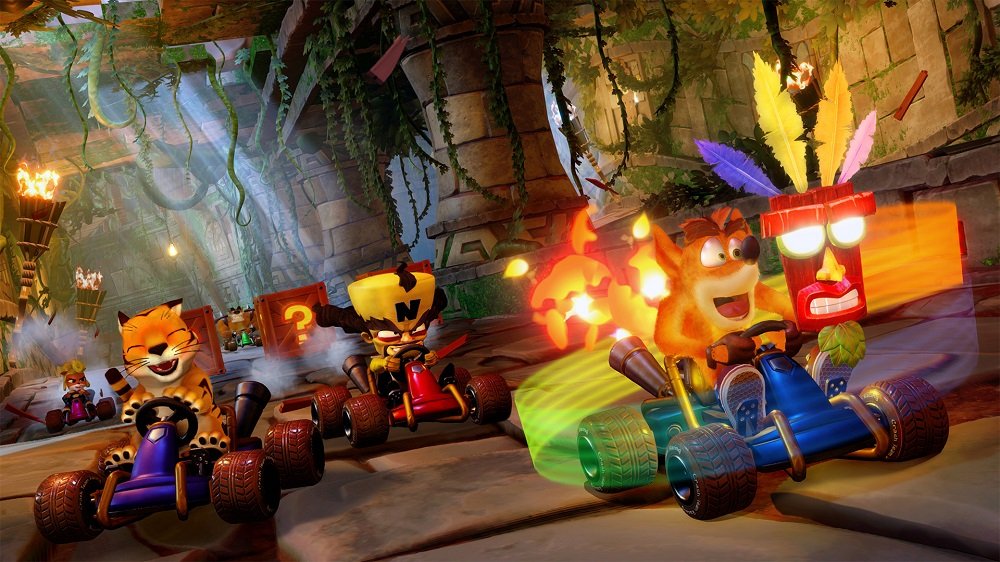 I’ve spent some time recently ripping up roads in Beenox’ remake of the classic PS1 release Crash Team Racing. Nitro-Fueled is published by Activision, who gave us the incredibly successful Crash Bandicoot N. Sane Trilogy and – just like that release – it appears they have another winner on their hands. Nitro-Fueled is looking to be a faithful tribute to the original CTR, given a fresh coat of paint and a few tweaks under the hood for a new generation, while retaining the addictive gameplay that made the 1999 hit such a best-seller.

Upon starting the game, I was instantly delighted by the visual upgrade, which sees Crash, Coco, Cortex and umm… the rest… all spruced up with wonderful new character models, cute, colourful, and full of life. The same goes for the raceways themselves, and although I haven’t had opportunity to try them all out yet, Beenox have done a fine job taking the faithful old tracks and polishing them up for a new generation of players.

Nitro-Fueled handles very well, and fans of the original release will feel right at home with the remake’s control system, pace and overall in-game physics. I feel it could maybe be a little faster, but that’s because I live on the edge, brother. As with many kart racers, boosting out of power-slides is a key requirement to staying ahead of the game and – like our own Darren Nakamura – I’m currently having trouble breaking my muscle-memory from previous racing titles. This has left me at the back of the pack on more than one occasion. Still, with a little practice, you and I will be gunning past slo-mo suckers in no time, leaving skidmarks in our wake. Oh, grow up.

CTR’s Adventure Mode returns, now allowing players to change drivers at whim as they cruise around a colourful hub world, engaging in races and boss battles, while collecting trophies, relics and keys to open up further areas. It’s fun to see this open-world approach again, which recalls the excellent Wacky Races on the Dreamcast. When not gunning for the finish line in standard races, players can enjoy other modes including arena battles, time trials, and unique events that involve collecting relics, capture the flag, finding hidden items, even the battle royale-style Last Kart Driving.

Finally, it’s important to quickly surmise the game’s currency and customisation modes. Winning races rewards the player with in-game currency, which can then be spent at an in-game store on new characters, skins, vehicle parts, stickers and other gubbins. The store, however, does not contain all available items at once, and works on a time rotational basis, similar to scuzzy mobile games or Mortal Kombat 11.

This feels an odd choice when real money isn’t at stake, I’ll have to see how it plays out. But for what it’s worth, the character skins, paint jobs and vehicle parts on offer are legitimately cool, attractive and relatively cheap. Also, a large selection of skins and roster additions can be gathered simply through winning races, defeating bosses, and progressing through Adventure Mode. There is a lot of cool stuff to unlock via light grinding, while the store offers up some “special” items. I’m looking forward to seeing some of the mystery characters show up. 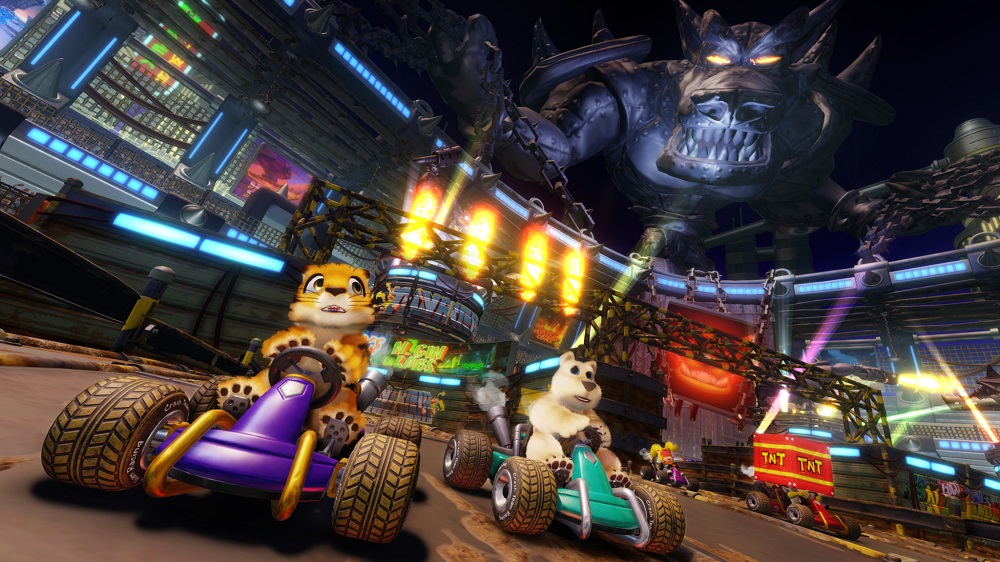 I’m excited to spend more time with Crash Team Racing Nitro-Fueled this weekend, which will give me ample opportunity to test out the all-important online mode with a full server of players. As a first impression, however, things are looking smart. While I still need to get to grips with some of the mechanics, explore more of the roster and tracks, and see how the shop plays out, Nitro-Fueled is already looking like another confident and faithful remake of a beloved classic.

In fact, the only real negative so far is it appears Ripper Roo might suck. A shame, I love that little dude.