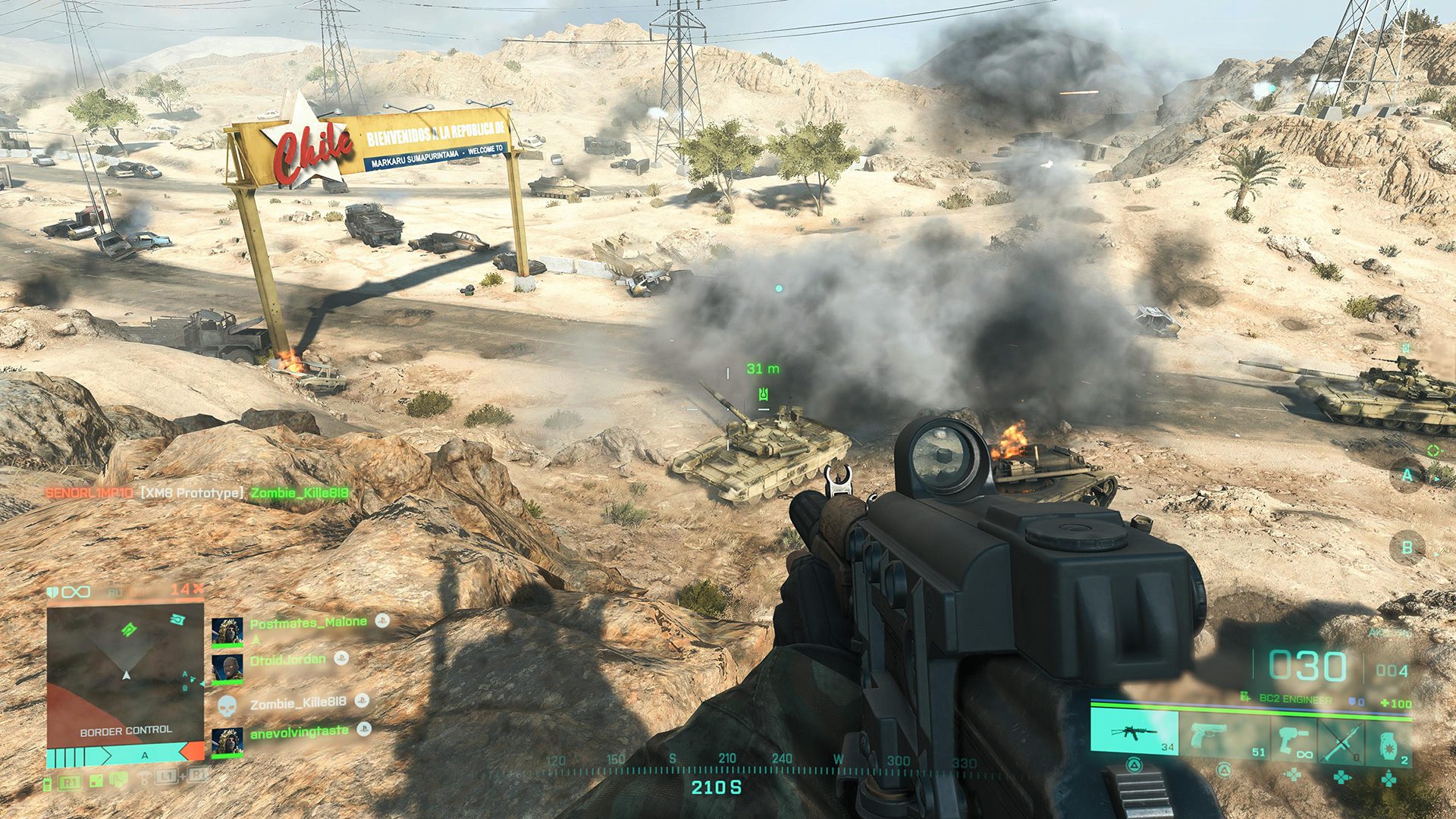 Uneven, to say the least

It’s been a rocky (early access) launch for Battlefield 2042 for many players, which comes as no surprise. Even when it works, and you’re not struggling with online errors kicking you back to the main menu, the results are mixed among fans, myself included.

But after the way the open beta went down, it’s actually smoother than I was expecting.

We decided to turn down EA’s review event for Battlefield 2042 in part because this is a multiplayer game with no campaign whatsoever, so I’m coming at you with around five hours of real-world playtime against other players and the AI. Last night’s matches worked like a charm, a good chunk of today was spent just dealing with server issues, and I’m still very much figuring out how I feel about this game’s design and long-term vision.

I mean, it’s a Battlefield launch. Things can only go up from here. (I hope.) 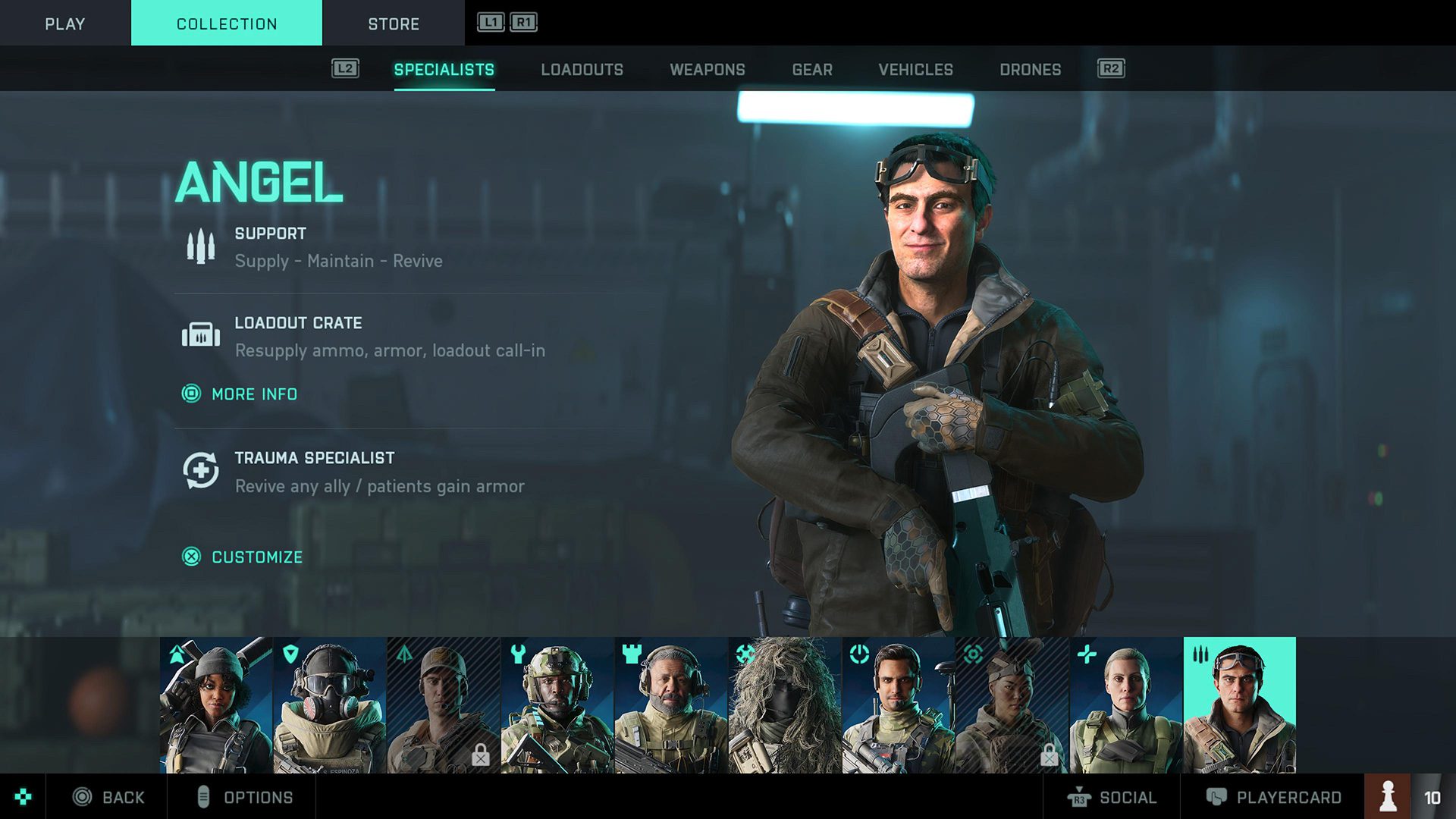 I’m liking the full version of Battlefield 2042 way more than the very content-limited and rough-around-the-edges beta — the difference was immediately noticeable.

There are still foundational concerns with DICE’s new approach, but compared to the open beta, the gunplay feels much more reliable, the maps have more personality, and the sprawled-out skirmishes are more readable. It wasn’t as hard to find the fun.

There are three main facets of Battlefield 2042: All-Out Warfare (with Conquest and Breakthrough modes), Portal (with player-customized gametypes and official recreations of three classic Battlefield experiences), and Hazard Zone (the squad-based “fight smart and get out alive” PvPvE mode). I’ve spent the least amount of time with the latter.

I won’t beat around the bush here: the best part of Battlefield 2042 is arguably Portal. That might seem like a no-brainer to some of you, but I honestly didn’t come in expecting that to be the case. Unlike the gargantuan maps in All-Out Warfare, these official and unofficial modes can feel more deliberate, manageable, and most of all, fun. They’re a blast.

I’ve yet to mess around with funky user-made modes (much less attempted to create my own), but I keep coming back to Portal. DICE has leaned into nostalgia with classic Rush and Conquest gameplay on Battlefield 1942‘s Battle of the Bulge and El Alamein, Bad Company 2‘s Valparaiso and Arica Harbor, and Battlefield 3‘s Caspian Border and Noshahr Canals. If you have a soft spot for any of these games (or especially all three), you should have a riot with Portal. You don’t need to dig into any obscure server list — they’re right there on the main Portal menu, and they recreate the weapons, gadgets, and most importantly classes of those iconic games. This stuff looks and feels great. Now I wouldn’t go dropping $60 or $70 on Battlefield 2042 solely for this slice — again, it’s only two maps per legacy game at this point — but Portal is already doing a lot of heavy lifting. 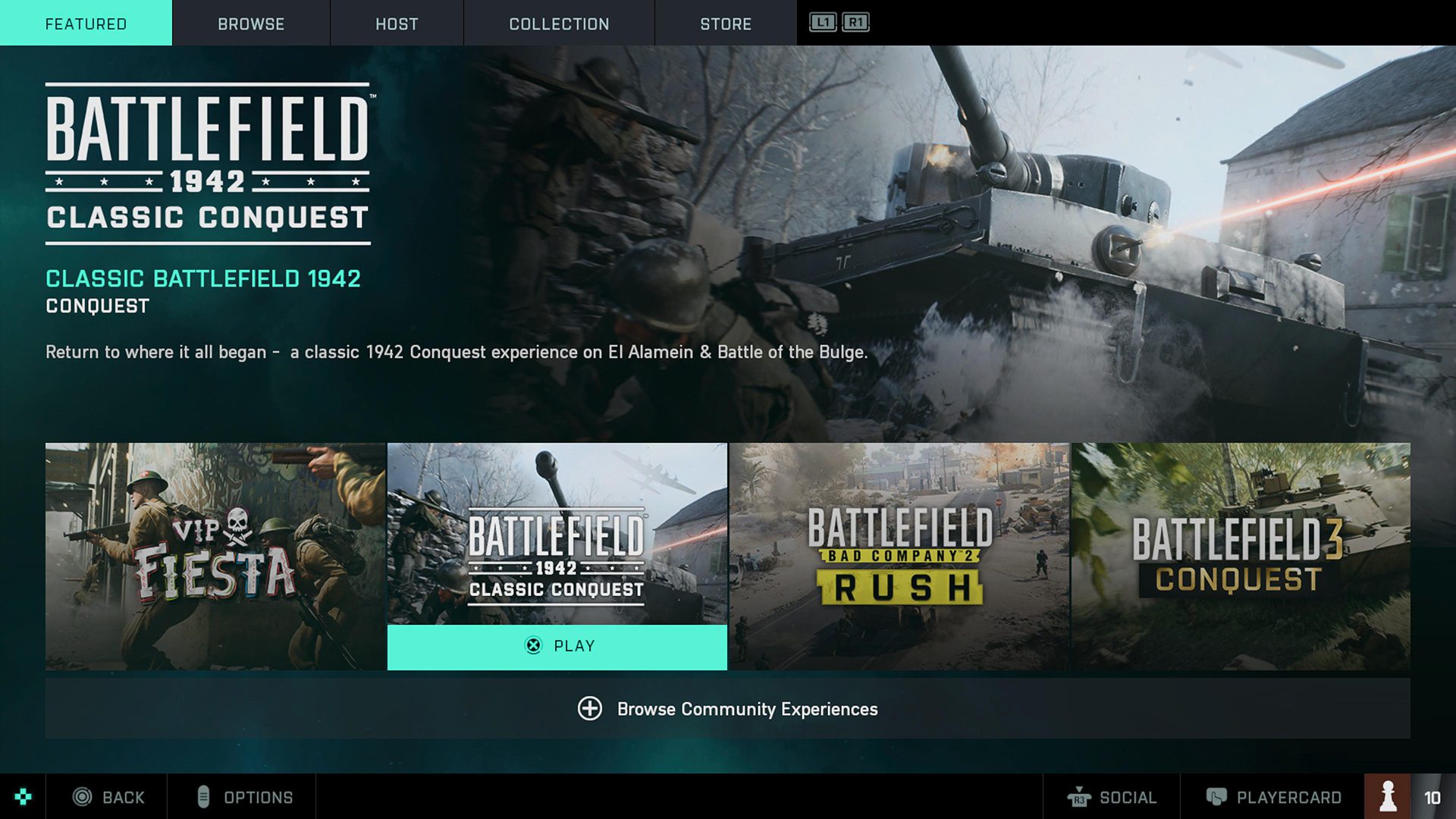 That’s not to say the big new semi-futuristic side of Battlefield 2042 with 128-player battles is a total bust or anything. It’s just not the home run it could and really should be.

The specialist system — in which you pick a named character with a unique trait and specialty who can mix and match weapons and gear, rather than a strict all-or-nothing archetype — is still divisive. It doesn’t feel entirely gameplay motivated so much as a way to inject a bit of characterization (and eventual monetization?) into the game even though most of us seem to prefer tried-and-true Battlefield classes and the ensuing teamwork.

The main issue I have with specialists as a general concept is that players have so many options with their equipment loadouts, it’s hard to get your team to meaningfully specialize, and that has big ramifications. As one example, I’ve tended to play as the two current medic-leaning specialists, including Angel, who’s good with revives and ammo top-ups — but I can totally roll with a sniper rifle or anti-vehicle gadget if I want.

Although some specialists have flashier perks like a wingsuit or grappling hook, plenty of them are more muted. Some of them (there are 10 so far with the launch lineup) already blur together. And specialists, in general, can kind of just feel like one extra layer you have to get through on top of your loadout and weapon customization. The menus add up. 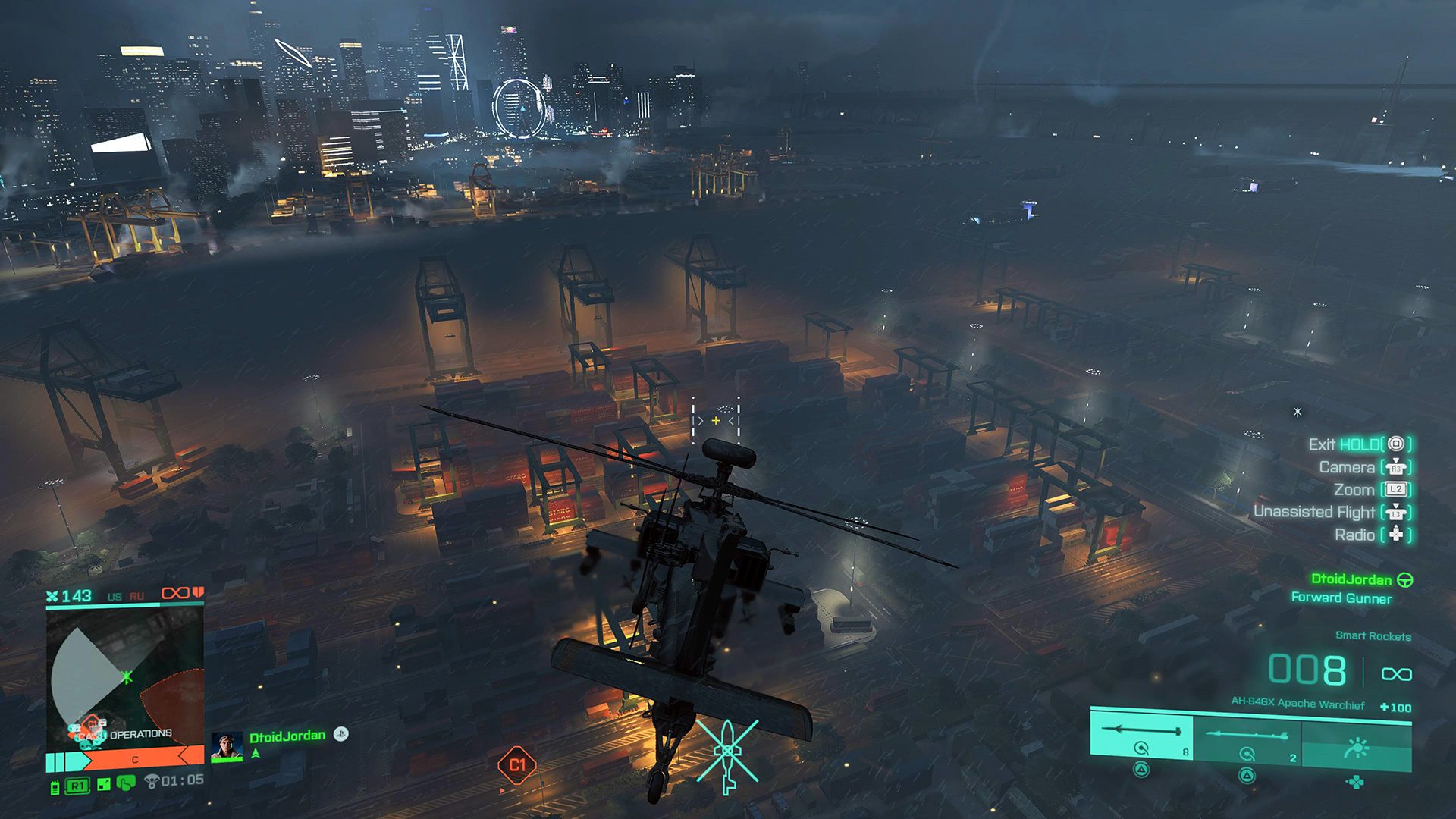 I love the new Plus System in Battlefield 2042 for on-the-fly, mid-firefight attachment switching, but I hate the way it feels to swap to a different specialist and/or alter their loadout for a given tactical situation after I’ve been taken out and I’m looking for a new spot on the map to drop into. There are enough quirks going on with the UI that you almost need to build up muscle memory before you can learn to quickly move through it.

That might sound like a cranky nitpick, but I think it’s having an impact on the moment-to-moment gameplay, which is the whole draw of the Battlefield series. I think there’s a snowball effect between the fuzzily defined player roles, the huge 128-player matches (on PC, PS5, and Xbox Series X/S), and probably also the newness of the maps.

Battlefield is at its best when you feel like you’re making small yet precise strikes to chip away at the opposing forces, and the rest of your squad is backing you up by doing the same, and every other squad on your side is also working one of many objectives. It’s not about winning, exactly — it’s this gut feeling that conscious progress is being made. 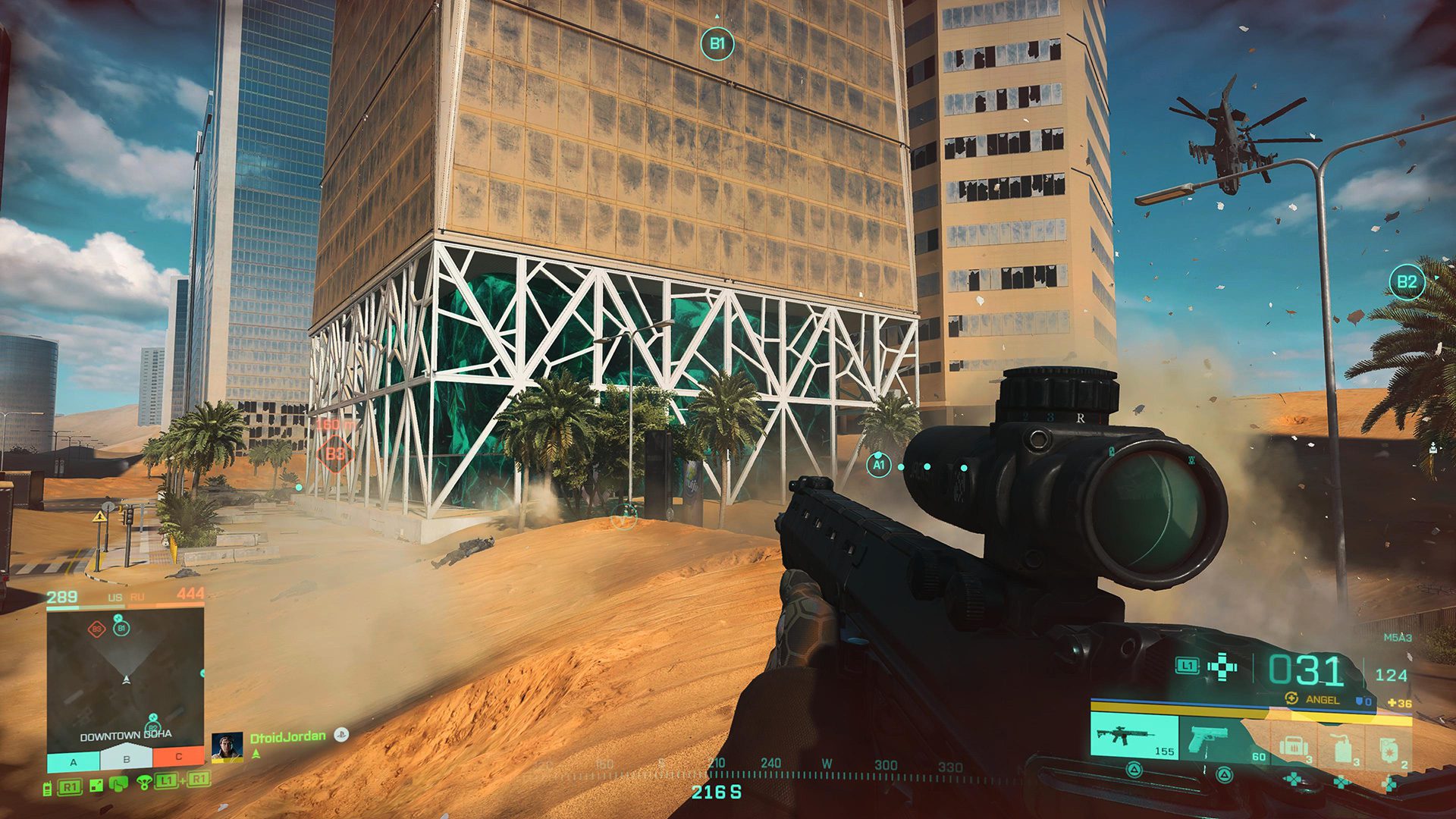 On the flip side, there are aspects of All-Out Warfare I have yet to fully wrap my head around. I’m tempted to point to one glaring issue or another, but I think it’s far more nuanced. I don’t think it’s just a matter of wide-open areas leading to futile firefights and an overall sense of despair over how challenging it is to change the tide of battle with even a coordinated squad, but maybe it is that simple. Maybe, with time, we’ll all learn how to synergize on these sprawling maps with cool weather spectacles as a chaotic backdrop. As is, I’m feeling wistful about Battlefield V and Battlefield 1, and while these games usually do take time to reach their full potential, there are no guarantees.

There are glitches to clean up, gameplay tweaks to make, heaps of fan feedback to heed or ignore, and new content to create to keep the live-service pipeline flowing. I hope DICE is ready. On a purely technical front, the PS5 version has been relatively good to me other than the early-access launch-day connection issues which weren’t much of a surprise.

At this point — and it’s still too early to call — I too rarely experience that warm and fuzzy Battlefield feeling in Conquest on the 2042 maps. When I flipped over to Portal for a smaller-scale round of Rush with the Bad Company 2 preset, the contrast was undeniable. Suddenly, it just resonated again. Both teams were playing to Battlefield‘s strengths.

I haven’t completely made my mind up about All-Out Warfare in Battlefield 2042, and I also need to invest more time in Hazard Zone (even though it’s not really my scene), so we’ll see how the next week goes. At this point, I’d recommend playing the trial if at all possible. There are ways for DICE to turn this game around, but at this exact moment, I’m not feeling super confident about 2042‘s long-term prospects. The best moments are still a blast — it’s a joy to parachute off a skyscraper while helicopters, tanks, and even hovercraft sow chaos below — but this game isn’t effortlessly clicking the way it should.