[Due to a last minute code and an international trip later this week, our Battlefield 1 review is going to be handled differently from normal. I played through the campaign and a little bit of multiplayer, which I’ll tell you about here. Chris will have the full review for you as soon as humanly possible (which, for Chris, will probably be ten minutes after I publish this).]

I just now finished Battlefield 1‘s single-player campaign, which, to be completely frank, I wasn’t looking forward to. I haven’t enjoyed a Battlefield campaign since Bad Company 2, finding them all to be beautifully-rendered yet ultimately forgettable. I can’t really remember a damn thing I did in the third game. There was a toy dinosaur, I think? Like most people, I’d play them for a little bit to ooh and ahh at the Frostbite engine, and then hop onto the multiplayer and get sniped a thousand times.

Which is why I’m surprised as anybody else that Battlefield 1‘s campaign is actually worth your time. 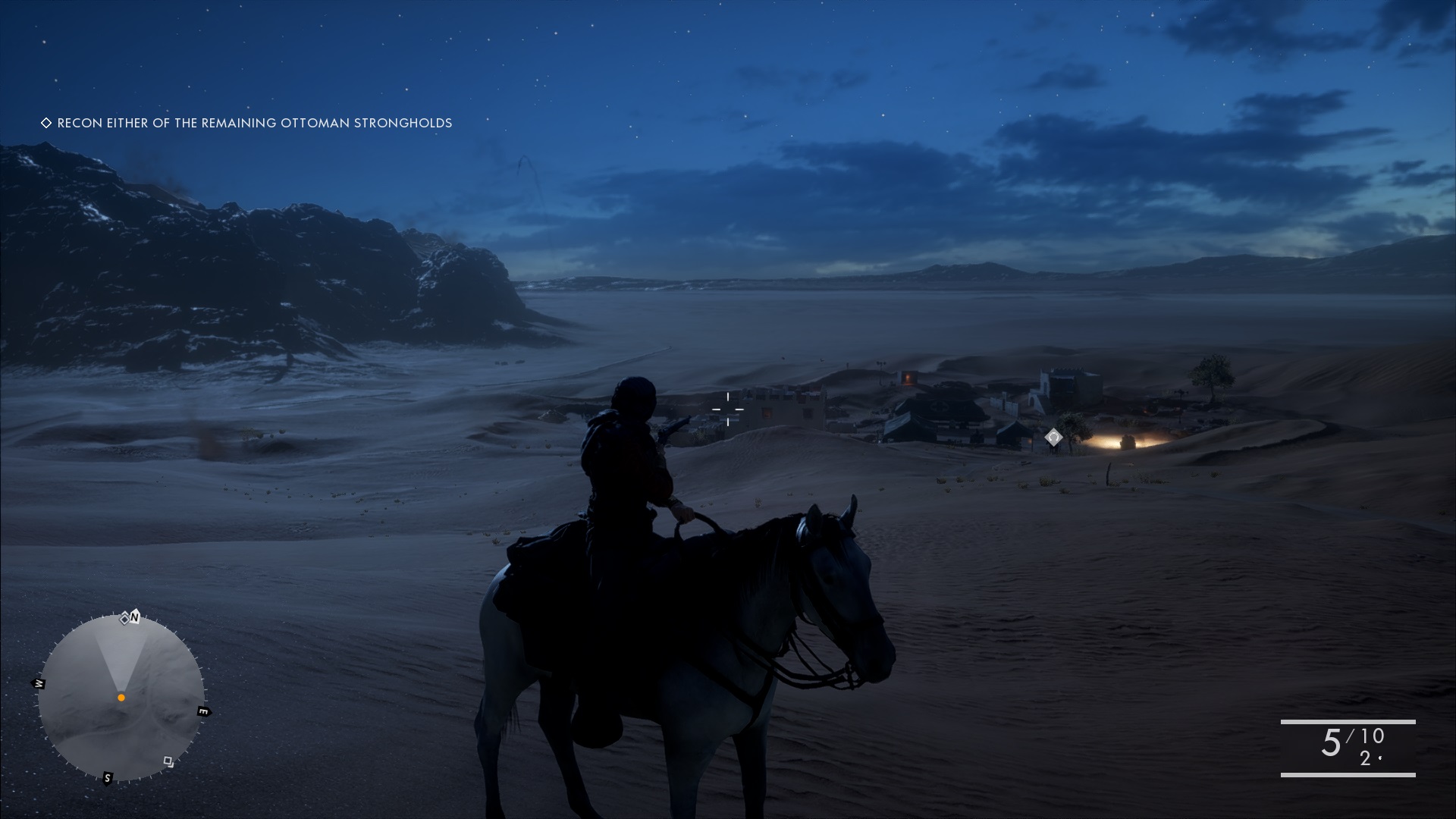 In a smart move, Battlefield 1 does away with the One Soldier Who Wins the War trope. Instead of following one character throughout the campaign, there are five separate War Stories that you can play through in any order (after finishing a short prologue). This helps to place you across the world for various setpieces without forcing you to suspend your disbelief quite as much. These vignettes are about forty-five minutes to an hour and a half long and offer just enough time to familiarize yourself with the characters and their plight.

I chose to start out as a Bedouin warrior woman who’s helping out Lawrence of Arabia because it seemed to be a departure for the series. From the onset, I was surprised by how much more freeform the levels are. They’re not huge, but very rarely are you forced into massive gunfights. Playing as this resistance fighter, I was using my binoculars to scout out unaware enemies, tagging them like I was playing Metal Gear Solid V. You can see their outlines through walls after tagging them, allowing you to skulk around to objectives. I’d say the majority of the levels in this game have this structure, where you can stealth through if you’re skilled enough.

The second level in this story ended up being even more like MGSV when I was on a horse and could tackle three outposts in any order. Enemy AI leaves something to be desired, but I did appreciate how open the level was. This War Story ended up being the most open-ended so the other ones were more of what I expected, but I appreciate how differently they all played out. 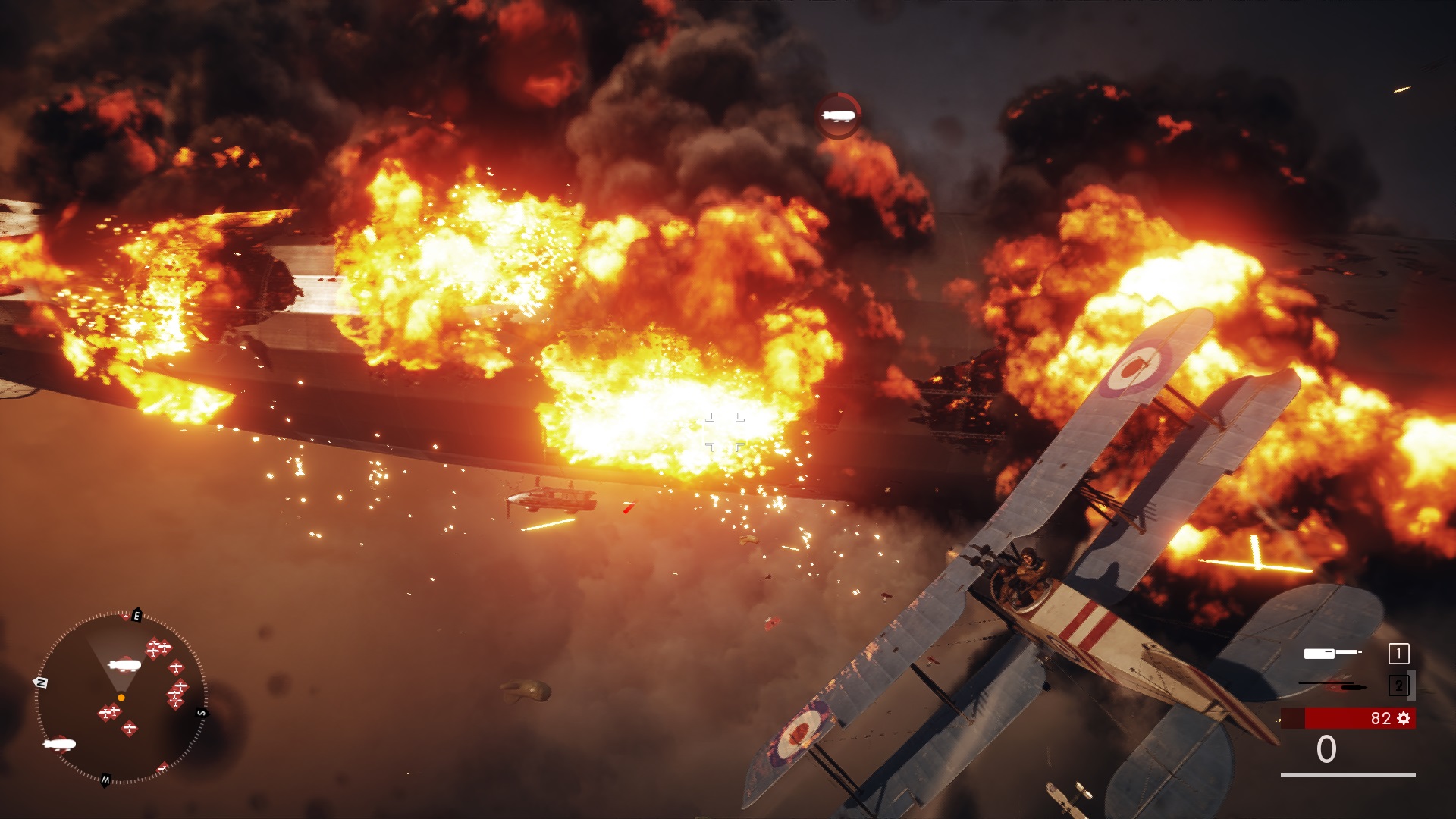 Each story has its own theme that keeps things interesting: you’ll play as a tank crew on the frontlines, a scoundrel who’s scammed his way into piloting a warplane and wants to redeem himself, an Italian shocktrooper wearing metal plates for armor, and an Australian guy who’s looking after a young soldier. All of these are just long enough to feel welcome, keeping me interested in seeing what’ll happen to these characters.

Gameplay-wise, it’s similar to other military first-person shooters. But since each individual story is relatively short, it doesn’t end up feeling repetitive, like you’re doing yet another goddamn turret sequence. The pacing is strong throughout, always throwing something new at you. I particularly liked that with the tank crew and the pilot, I was using vehicles often instead of them being separated into multiplayer. It feels more cohesive and intentional, like EA DICE wanted people to play this before jumping into the big battle with their friends.

Of course, this being Battlefield, I was constantly amazed by the audio and visuals. I’m using a GTX 1070, and I was maxing everything out without a hint of slowdown. Soaring over snowy mountains in a plane, sprinting through mud, dust, and fog, and summoning artillery strikes on a coastal village all look stunning. Gunshots sound crisp as they whiz past my head, and the three-dimensional audio seems more accurate than most games. I can always tell exactly where I’m being shot at from, and it’s hard not to get sucked in when it sounds this good. 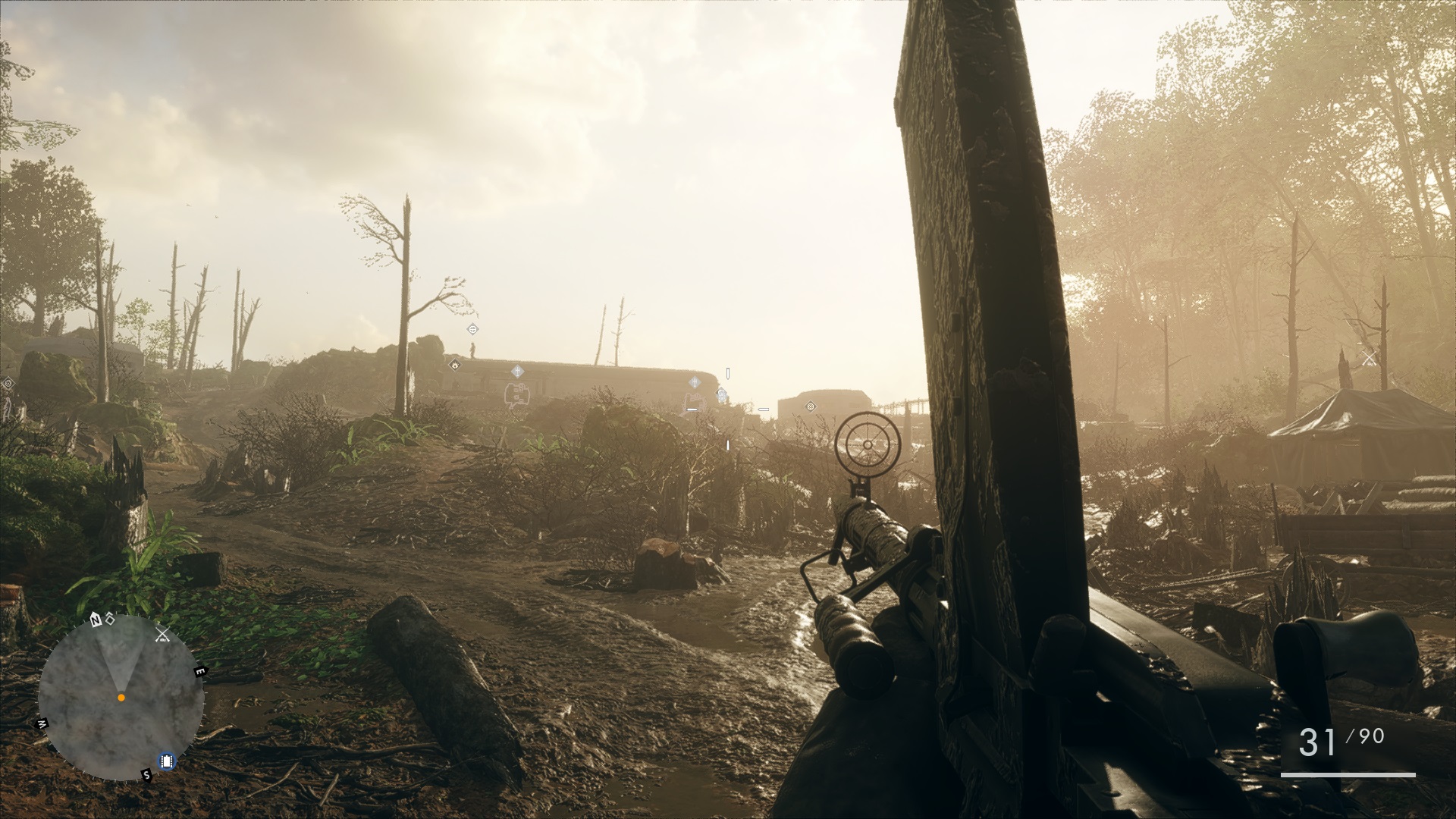 I feel crazy saying this, but I actually want more of these stories. I hope that the Battlefield 1 season pass doesn’t just include multiplayer content, but instead has more glimpses into the various lives of combatants throughout World War I. If EA DICE can maintain this quality, I’d like to see more of this documentary-style approach to storytelling.

As far as multiplayer goes, I’ve only done one match so far, and Chris will be getting into this with the full review. From what I’ve played though, it seems just as immersive as ever. I’d love to tell you that everything’s balanced, but I just haven’t had enough time with it yet. Horses are hilariously strong, and able to break down stone walls with their legs (which is great). I’ve had less of a problem with getting sniped constantly than I have with previous games, and right now everyone is in the honeymoon stage and actually being courteous.

I’m sure I’ll be called a cuck in the next few days, though.