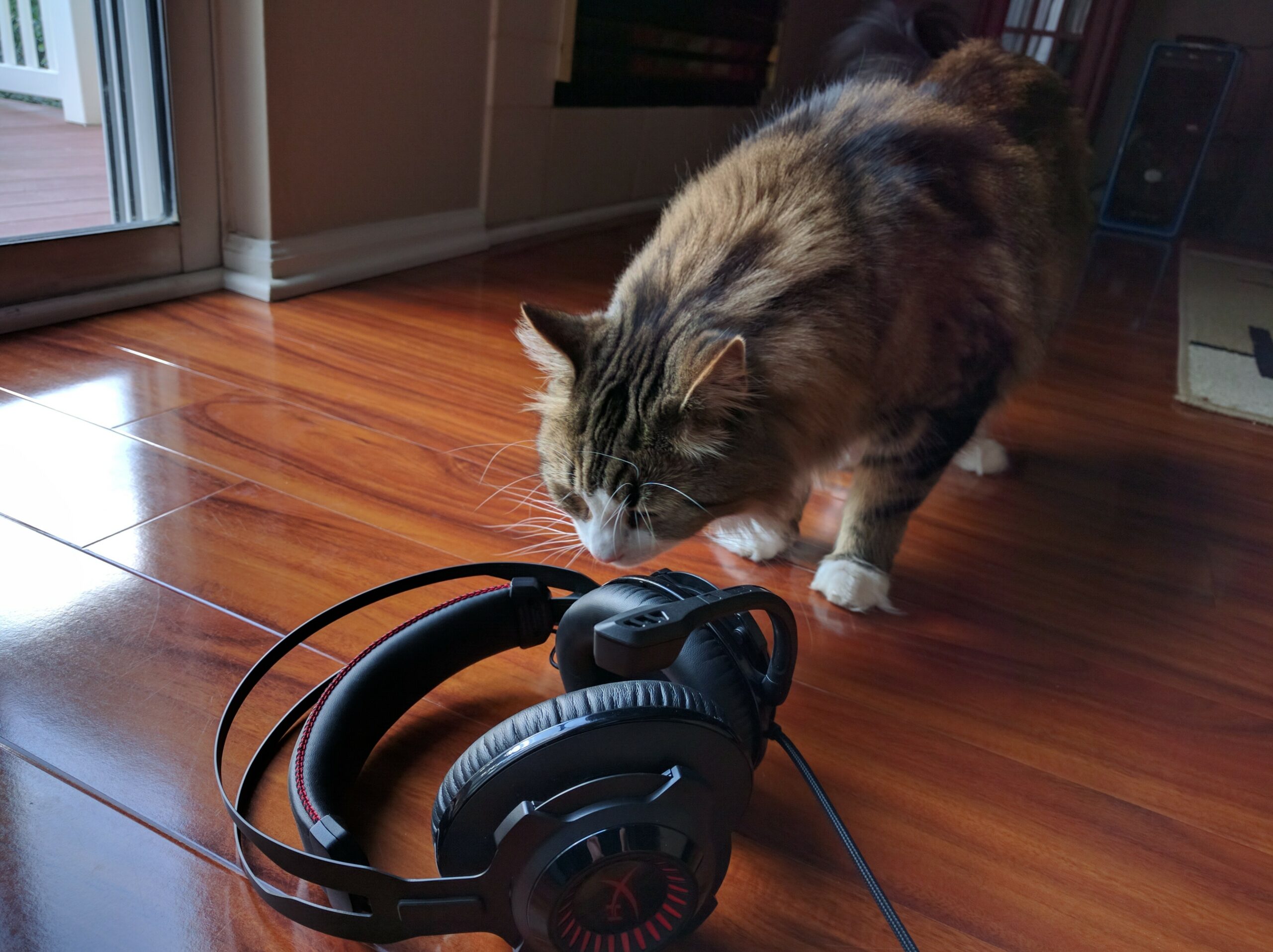 Are you an audiophile? If so, this review probably won’t answer most of your questions. However, if you’re a Regular Person and want to know the down-low on the Hyper X Cloud Revolver headset, I’ve got you covered.

I’m here to answer the important questions like “can I hear things good,” “is it comfy to wear,” and “can I eat a sandwich while wearing it?” The answers? Yes, not really, and not without difficulty. I’ll explain with some GIFs.

The first and easiest thing to judge about a headset is comfort. Now unfortunately, comfort is unique to the user since we’re such unique snowflakes with unique snowflake heads. My first experience with the headset wasn’t exactly comfortable. The ear cups are gigantic, and rest on the upper portion of my jaw, which caused some discomfort. I was nervous to use the headset for any extended period of time, but after playing Overwatch for a few hours, I hardly noticed they were even on.

Part of the initial discomfort stemmed from the fact that it is impossible to adjust the size of the headset. Instead, the top of the headset automatically adjusts with gravity until it rests neatly on your head. I wish it had some sort of locking mechanism, because I would much prefer the headset to rest a little bit above where it ends up, which would then remove the pressure from my jaw.

This should give you an idea of how the auto-adjustment works:

The sound quality is great. There are no adjustments to be made to bass or treble or whatever you people adjust, so what you hear is what you get. If you’re super into hearing the bass of a song, you’re out of luck here. There’s a small volume adjuster on the wire itself, though it’s really far down the wire and I often had to really reach to get to it. I suppose that’s better because it won’t rest on your lap while playing, but for quick adjustments, it can get a bit annoying. The adjuster also contains a switch to mute the microphone if needed.

I did find the headphones very comfortable while using it in conjunction with the HTC Vive. Since the VR headset adds some height to my head, the earcups fell to a much more comfortable position. That being said, while standing the volume adjuster is very low and was often a hassle to find (without looking) and adjust the volume. Luckily it’s possible to adjust inside of the Steam VR UI.

They don’t promise noise cancelling, and, well, they aren’t. In fact, since the ear cups are so big, sound is almost guaranteed to get in. Unless maybe your head is really big and flat? Regardless, I just wanted to mention the fact that these won’t be noise-cancelling just in case.

The microphone is detachable and can be slightly bent in position. It can only be bent toward or away from your mouth, so it’s not the best if you’re trying to eat something with two hands while using it. Hey, sometimes I like to eat my sandwiches while playing Overwatch, alright? The microphone quality is rather good, and will serve just fine for communicating in online games.

Here’s what I mean in regards to the sandwich bit, and this is with the microphone bent as far away from my mouth as it could get:

You can hear the microphone quality for yourself in this video:

It’s not enough to become my default headset, but it will be my go-to for everything that’s not on PC. Since my ROCCAT headphones are USB, I can’t use them with my iPod, phone, or Wii U. Luckily, the Cloud Revolver uses the traditional headphone jack, which makes it a perfect companion!

It’s definitely on the pricier side of things, and doesn’t seem to offer as many bells and whistles as I’ve seen on other headsets, but the sound quality is definitely solid.