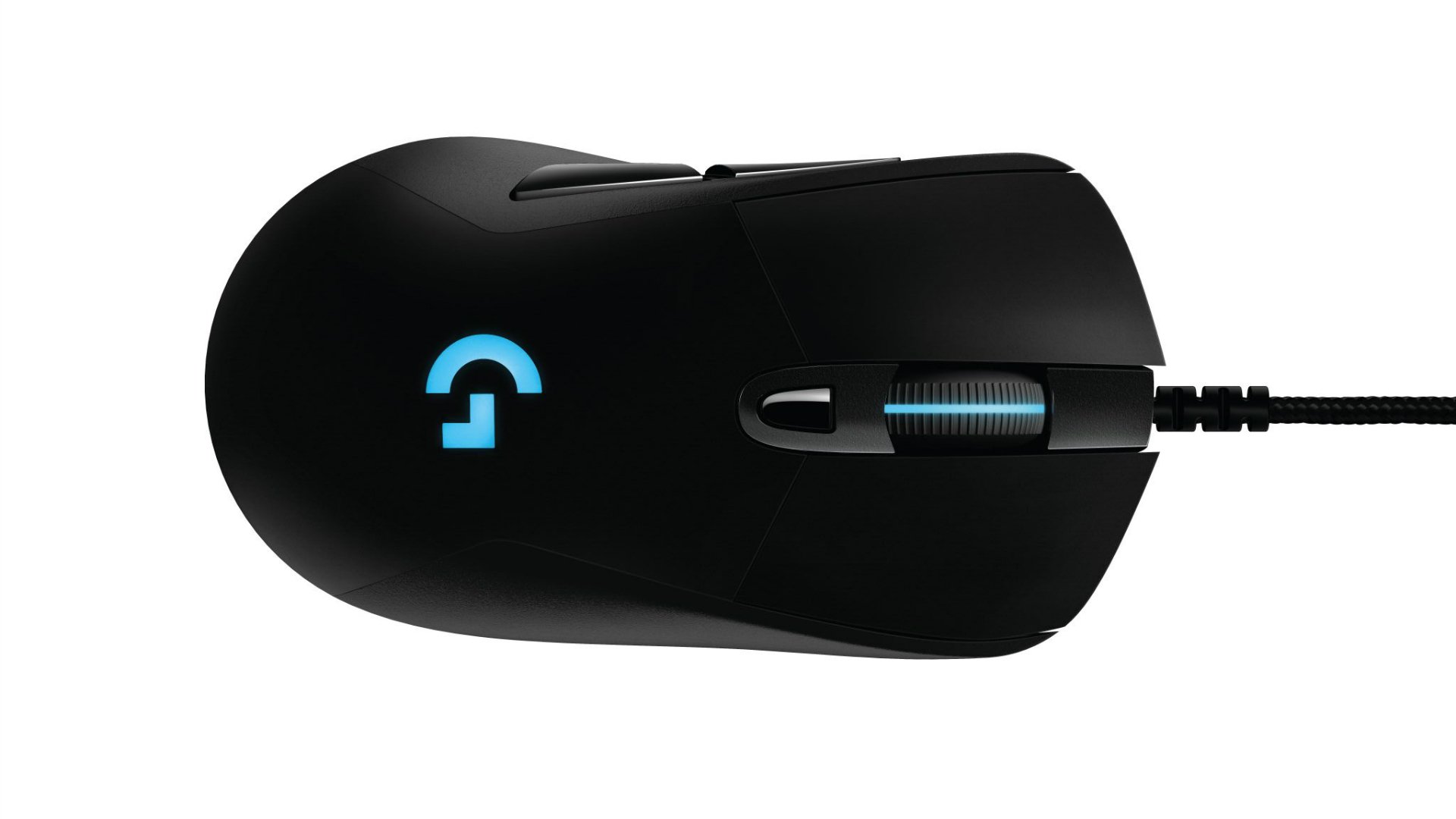 Just a few weeks ago I favorably reviewed Logitech’s new G Pro Gaming Mouse. Since that one is aimed more towards players looking at the eSports scene, I said it looked like a good choice for those who want to “gun for the pros.” Contrastingly, Logitech’s new Prodigy line is meant for the coveted mid-tier gaming audience (I don’t mean skill-wise; put away your pitchfork), those who may want to replace their stock hardware with something without breaking the bank.

Which is all well and good for the quality you get! But between this and the G213 keyboard in the same product line, I’m just not sure breaking the bank means the same thing to Logitech as it does to most humans. 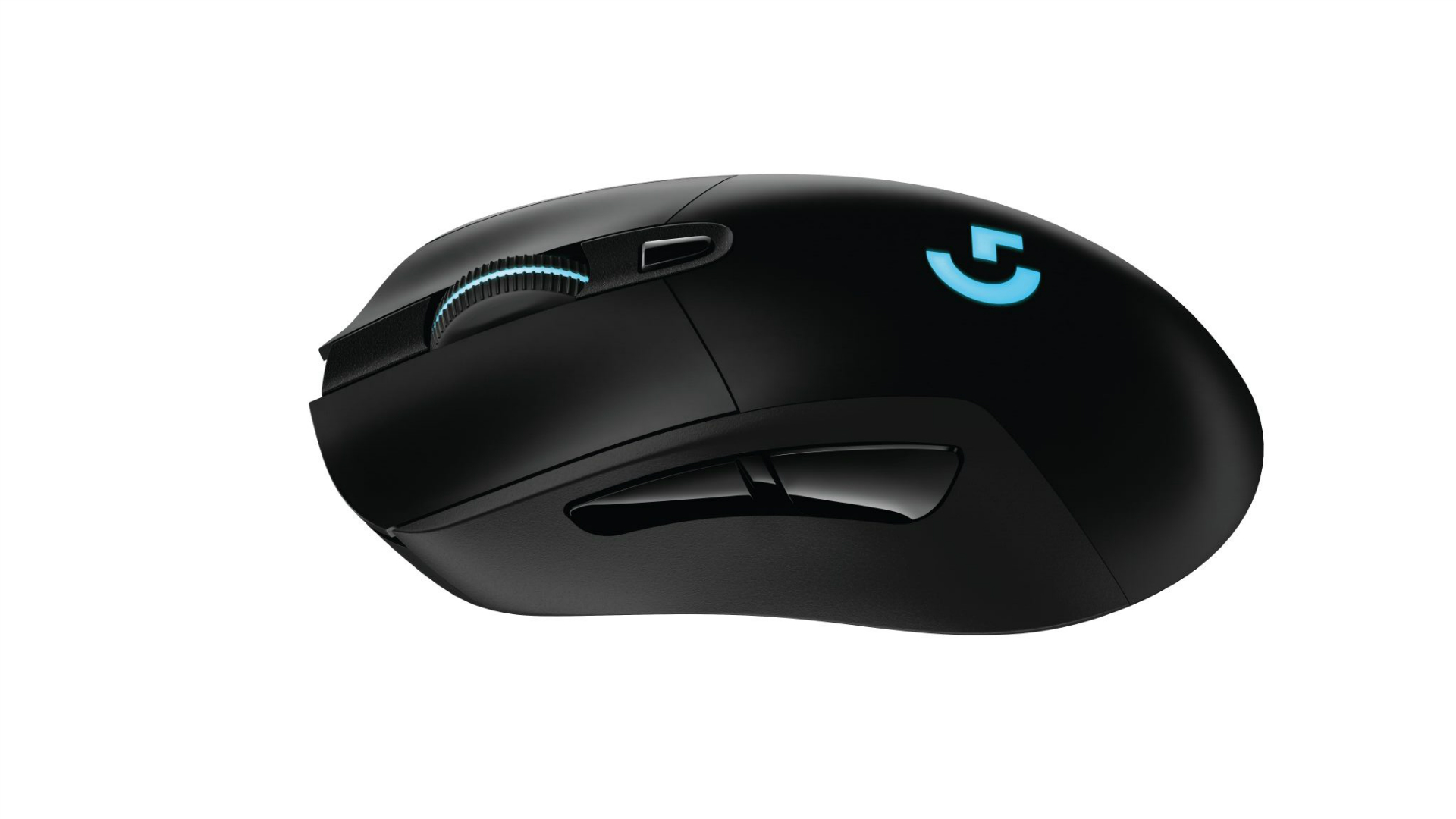 The G403 comes in two flavors: wired and wireless, which were both provided to us for this review. Either way, you’re getting a sleek mouse with a comfortable right-handed — sorry, witches — ergonomic design, that great matte finish Logitech is known for, and an impactful left and right click with a pleasurable amount of give.

Let’s start with that design. The wired version weighs in at 90-100 grams depending on whether or not you add in the included optional coin-shaped weight. The wireless variant is 107-117 grams, which I preferred because I like some heft in my mouse. Either option feels substantial enough where they don’t seem like cheap units. Unlike the top matte finish, the sides have a rubber coating that provides a non-slip grip that I can see being useful for new PC gamers.

While the left side of the mouse contours down for a good thumb rest right underneath the Mouse-3 and Mouse-4 buttons, the right side slants down in such a way that is comfortable for your ring finger to rest upon. Even though both units have less palm real estate (get your mind out of the gutter) than my usual G900 Chaos Spectrum, all of the buttons were always well within my reach and they fit snugly in my hand.

The “advanced button tensioning” that Logitech employs has made for a satisfying left and right click. The side buttons don’t fare quite as well, seeming almost too quiet, but they’re well-sized and just the right distance away from the left thumb placement so as not to get in the way. I found the scroll wheel button to have a better amount of heft to it, and there’s also a button just below that to switch DPI to five programmable pre-sets that is a fun to click even when I didn’t need to. 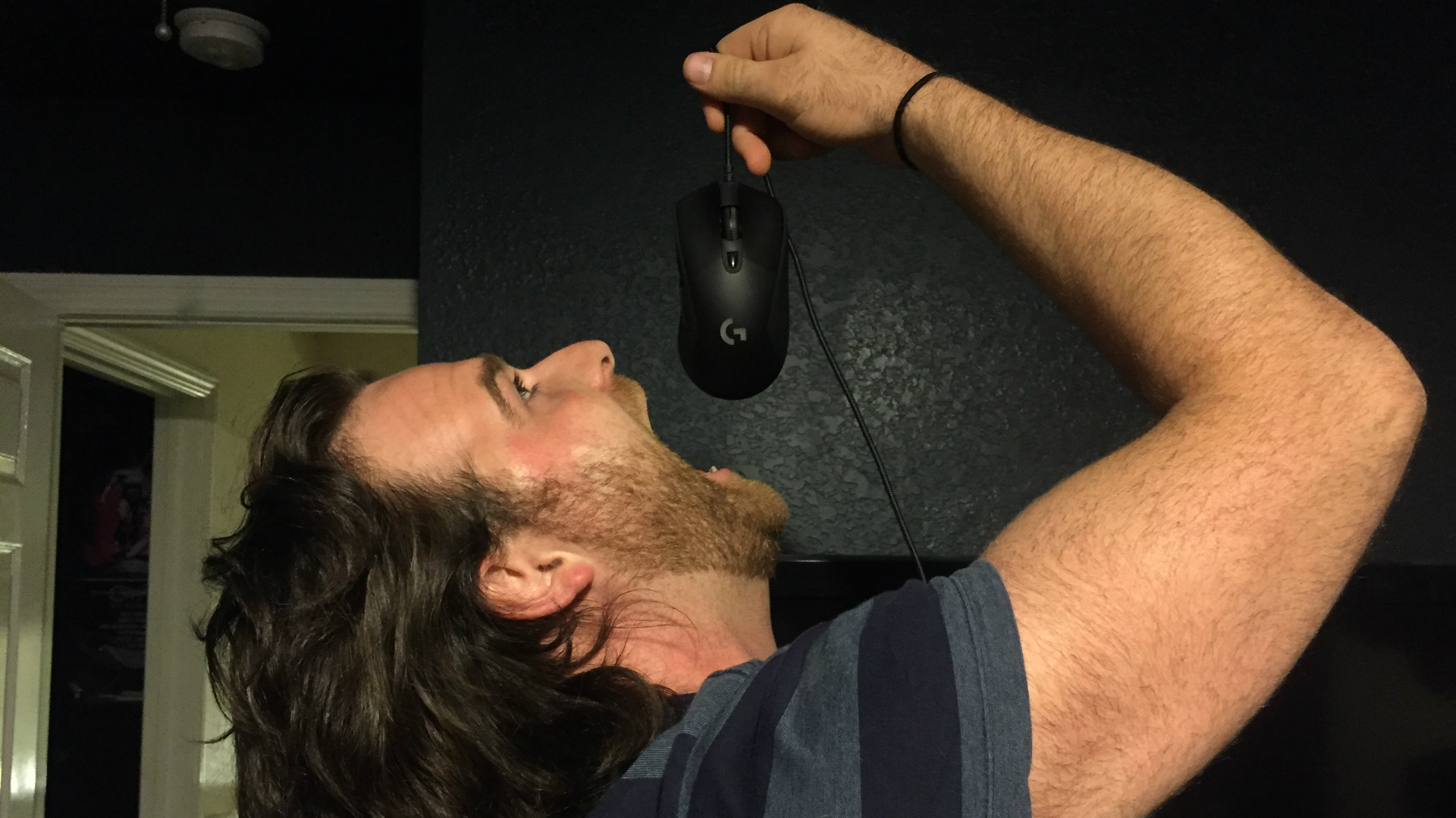 It also passes the probably-fits-in-my-mouth test! (This is not a real test.)

As always, the optional Logitech Gaming Software continues to control everything on the mice from the mentioned presets to the RGB lighting that can form up to 16.8 million colors (both the G and a line on the scroll wheel glow and can sync up with other Logitech hardware). Surface tuning is easily accomplished, involving only doing figure-eights with your mouse to ensure that it’s playing nicely with the mat or table that you’re playing on.

So it’s a good mouse, just like the the G213 is a pretty decent membrane keyboard. But again, the pricing makes it hard to justify. $69.99 is probably a bit more than the targeted audience would want to spend on new hardware without jumping all the way into the deep end. Plus, if you don’t want to deal with the hassle of a braided cord physically tethering you to your tower instead of just emotionally like the rest of us, you’ll be paying an extra $30. For $69.99, you could get the Logitech G Pro Gaming mouse, which the company specifies is for competitive gaming.

When it’s the same price, it makes too much sense to buy the hardware aimed at being pared down, professional, and effective instead of the one that’s intended to be a compromise. They’ve honestly got similar guts (including a PMW3366 sensor, which Logitech refers to as the “the world’s most advanced gaming mouse sensor”), but the G Pro beats it out just slightly. Either way, you can’t go wrong, but the pricing just comes off as odd. Logitech still knows how to make a good mouse, but it might be mixing up its targeted audience.