I recently had the chance to play Fast & Furious The Game, a licensed title for the iPhone. I didn’t see much of the muscle-bound star in the game, unfortunately. But I did have the opportunity to pretend I was Vin Diesel while playing through the game’s various races and silly movie scenes.

I also saw plenty of grass, bad drifting, and tons of roadside barriers.  You know, the stuff you aren’t supposed to see much of in racing games. As per usual, I won’t spoil the review. So hit the break. 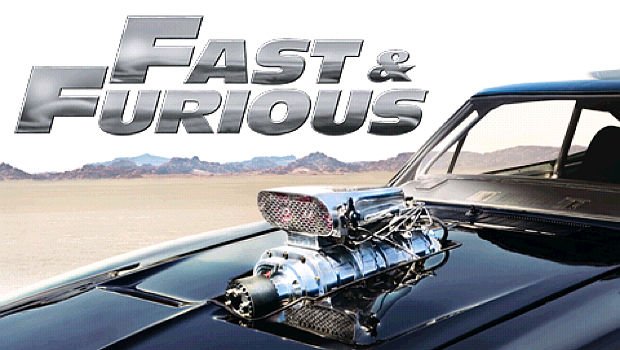 This review comes with a caveat: I haven’t seen Fast & Furious. I don’t plan to, despite my steamy man-crush on Vin Diesel. I saw 2 Fast 2 Furious while I was working at a mom-and-pop video store a few years back. I still haven’t managed to wash the grime from my eyes — that flick’s dreadfulness sticks to you like soft chewing gum on the bottom of an unassuming shoe.

Don’t be alarmed, readers. I don’t believe my review is hindered by my unwillingness to catch that latest flick. Fast & Furious The Game — for the iPhone — doesn’t push the movie, nor does it rely on intimate knowledge of the new motion picture. I don’t even think it serves as much of a hype piece, like most licensed games do. But that argument, of course, is purely yours to have.

So, let’s cut the nonsense and get straight to the meat of this review: Fast & Furious is a dud. I haven’t the slightest idea how it will resonate with fans of the movie franchise, but, purely from a racing game perspective — yes, it’s a racing game — the title blows. 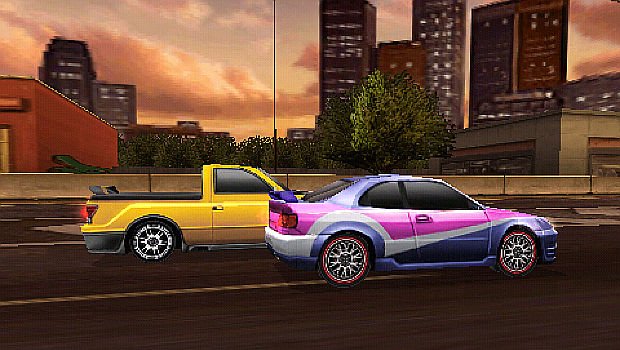 I’ll tell you why.

The controls are loose and overly complicated. Fast & Furious is a mix between simulation and arcade, with an emphasis on arcade — think Project Gotham Racing with sillier challenges. Steering is simple enough. All you have to do is tilt your phone from right to left. (Acceleration is handled automatically.) But there are major problems that come with relying on the accelerometer’s sensitivity. First, you’ll never be able to play this on the bus. The slightest movement will send your car spilling across the road and, inevitably, into a barrier. Even when you’re sitting motionless in a perfect state of videogame-induced arousal, you’ll have problems. The cars in Fast & Furious are largely weightless, even the trucks. The kickback from this is maddening. The simplest turns are deadly and correction can turn into a dizzying affair.

If that wasn’t enough, there are also on-screen controls. You tap to activate nitrous (short speed boosts) and to engage the braking mechanism. I couldn’t be bothered with these additional mechanics because I was too busy trying to drive my car in a semi-coherent manner. But even when you do engage them properly on a big turn, you car is instantly thrown into a wild drift (thanks, Tokyo) that is simply too hard to control thanks to all the other aforementioned control factors. 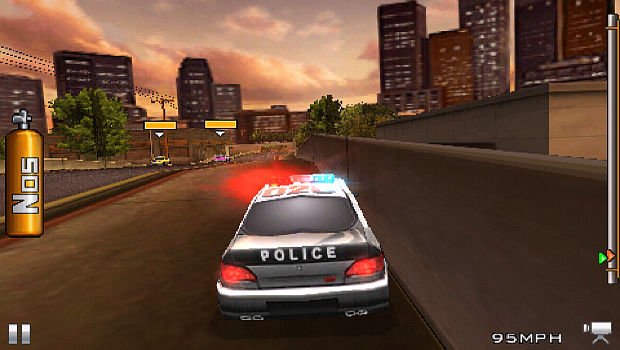 To its credit, Fast & Furious has several different game types, scattered within a decent mission mode (Story Mode). The point of the story mode is to play out a specific scene in the movie. As we went over earlier, I’m not sure if you ever successfully play out the scene, but the game tells me that I have whenever I beat a scene. Take that for what it’s worth.

Every scene is split into several acts or game types. Most scenes start with a Pursuit challenge — a timed mission that has you ramming something with your car instead of racing other vehicles. However, most scenes will have numerous, more traditional racing challenges. There are a couple of odd birds here. The Drag Race is the most peculiar mode — and it’s rehashed with a few others — simply because it strips even the steering from you. Your job, in this gametype, is to watch the AI race while you switch gears effectively with the help of an on-screen indicator. I didn’t find this particularly thrilling, although each Drag Race always went down to the wire.

And I firmly believe that’s a big problem with Fast & Furious. As you complete challenges, you unlock cars that are typically faster than the one you previously used. However, even when you get a new car, each race introduces more cars that are always slightly more powerful and faster than yours. So, most races are decided within tenths of a second. It sounds exciting, but it’s really not — some races have a forced “Pink Slip” option that strips you of your car if you don’t win. This was a particularly nasty problem when I first started the game, as I lost the car that would have given me the teensiest edge against the AI. I actually had to clear my memory and start over. 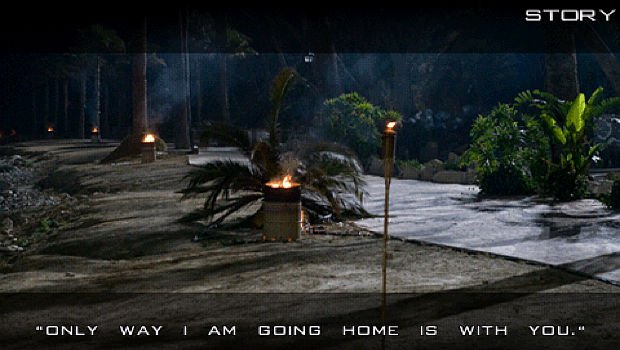 Fast & Furious has multiplayer options, but you’ll have to jump through some red tape before you start. And, of course, no one is really playing this game in the numbers needed to have a robust online component. (There’s also a Quick Race mode that lets you play everything available in the Story Mode individually with an assigned car.)

The visuals are almost shameful. The cars look decent enough, but the environments are jagged and generally nasty-looking. Plus, you’ll notice all sorts of anomalies as you play — stuff like clipping errors and even having the floor texture drop out from under you. It’s annoying.

Annoyance is all you may ever find in Fast & Furious. I quickly tired of the shoddy controls and general ridiculousness of the races and story. If you’re a fan of the movie, fiction, or franchise, I can’t help you here. However, I can say that Fast & Furious isn’t a good game and probably shouldn’t be on your radar.