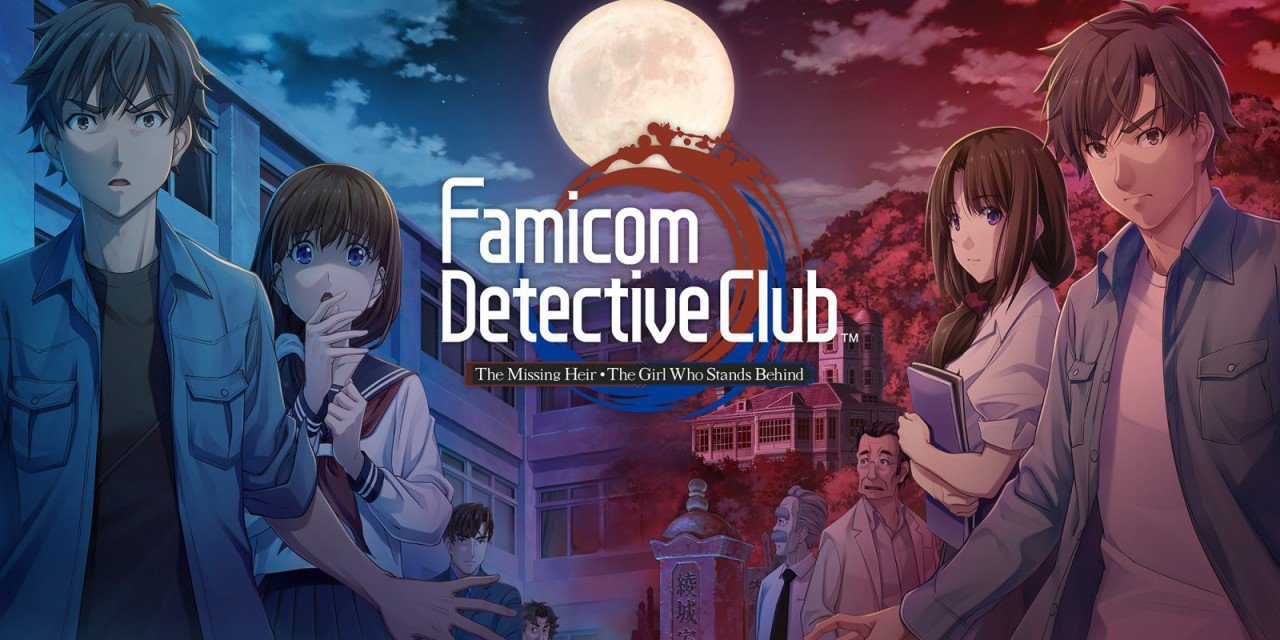 It was quite a surprise when Nintendo announced it was remaking and localizing its Famicom Detective Club titles for the Nintendo Switch. The games, originally released in Japan for the Famicom Disk System, are two of the few early gaming titles from Nintendo’s repertoire that haven’t been reintroduced to new audiences. Outside of a Super Famicom remake of the second game, both have happily existed as footnotes in Nintendo’s extensive library.

But story-driven games are as popular as they’ve ever been, and with the Switch still red hot, there is no better time than now for Nintendo to pull these two relics from the past and into the modern era. 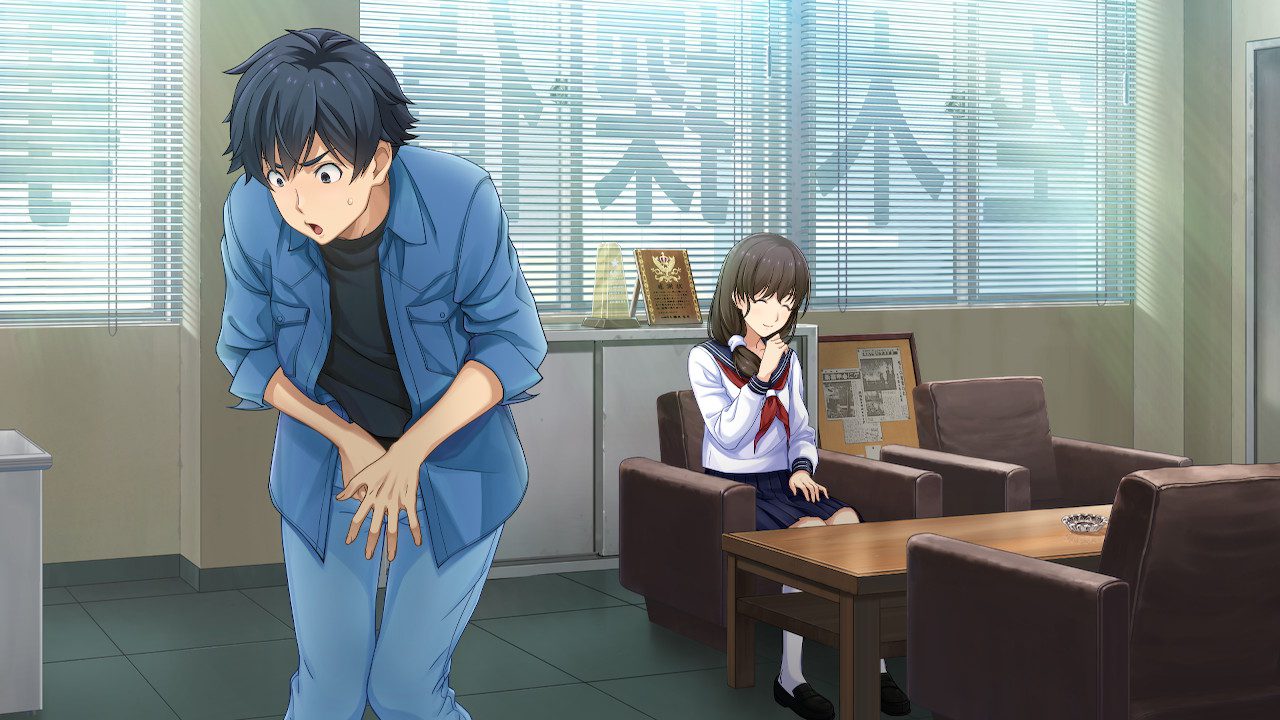 Famicom Detective Club: The Missing Heir, and Famicom Detective Club: The Girl Who Stands Behind, are two stories of wretched killings set in 1980s Japan. Both games have you playing as an assistant detective with the Utsugi Detective Agency who is called to help solve a murder. In The Missing Heir, you’re hired by the butler of the allegedly cursed Ayashiro dynasty to investigate the questionable death surrounding the family’s matriarch. In the prequel The Girl Who Stands Behind, a strangled student sends you to school to investigate the urban legend of a ghost who haunts its halls.

It’s important to note that while both games may look like visual novels, they are, at their core, adventure games, where the goal of each chapter is to properly interrogate everyone you can to advance the narrative. As you go through the story meeting and interviewing people, you’ll have a changing set of questions you can ask, along with evidence you can present that you’ve picked up along the way. You can also scan the environments, think to yourself, and call upon other people in the scene should you need to speak with them.

You’re really going to have to pay attention to what these characters say as the order you go through your questions, evidence, and other options is crucial. You might know what you want to ask each person, but you need to use logic and your limited options to walk each person to the revelation that moves the story forward. Not only that, but you’ll often have to select the same option multiple times in a row as characters won’t necessarily tell you everything the first time you ask them. If you just choose at random, you’re going to find yourself stuck and possibly frustrated.

The Famicom Disk originals were released just one year apart, with The Girl Who Stands Behind getting a Super Famicom remake in 1998. Because I have not played any of those versions, it’s tough to say exactly why The Girl Who Stands Behind plays so much better than The Missing Heir, but it does. Or at the very least, it’s written better. The menu options you have are more streamlined during interrogations, and the dialog is written in a manner that makes it less likely you’ll be stuck wondering what to do next. It also meanders less. Both games feel dated by modern standards, but The Missing Heir has a nasty habit of presenting players with dialog and inner thoughts that can often be misleading on what you’re supposed to be doing. Again, that is why it’s crucial to listen to what everyone has to say.

You’ll also want to pay attention because both stories are pretty good. The Missing Heir is a deep and winding tale that touches on family history, sibling rivalry, superstitions, and the secrets we keep to save face or protect the ones we care for. It’s a compelling narrative, even if players will likely solve the mystery a few chapters before the protagonist does. It’s a surprisingly adult game for Nintendo as well, something you just don’t see in its modern first-party titles. The same rings true for The Girl Who Stands Behind, which is far more linear and action-oriented than its predecessor but still manages to go to some pretty dark places.

Both games feature very concise dialog, so don’t expect a lot of expository prose from the people you question. As much as I like the pithiness of the writing, it doesn’t always work in the games’ favor, such as when descriptions of objects in the background are a bit too sparse on the details. If you’re wondering which order to play these, I would suggest going in the order they released, if only because the prequel is a smoother and more succinct experience. 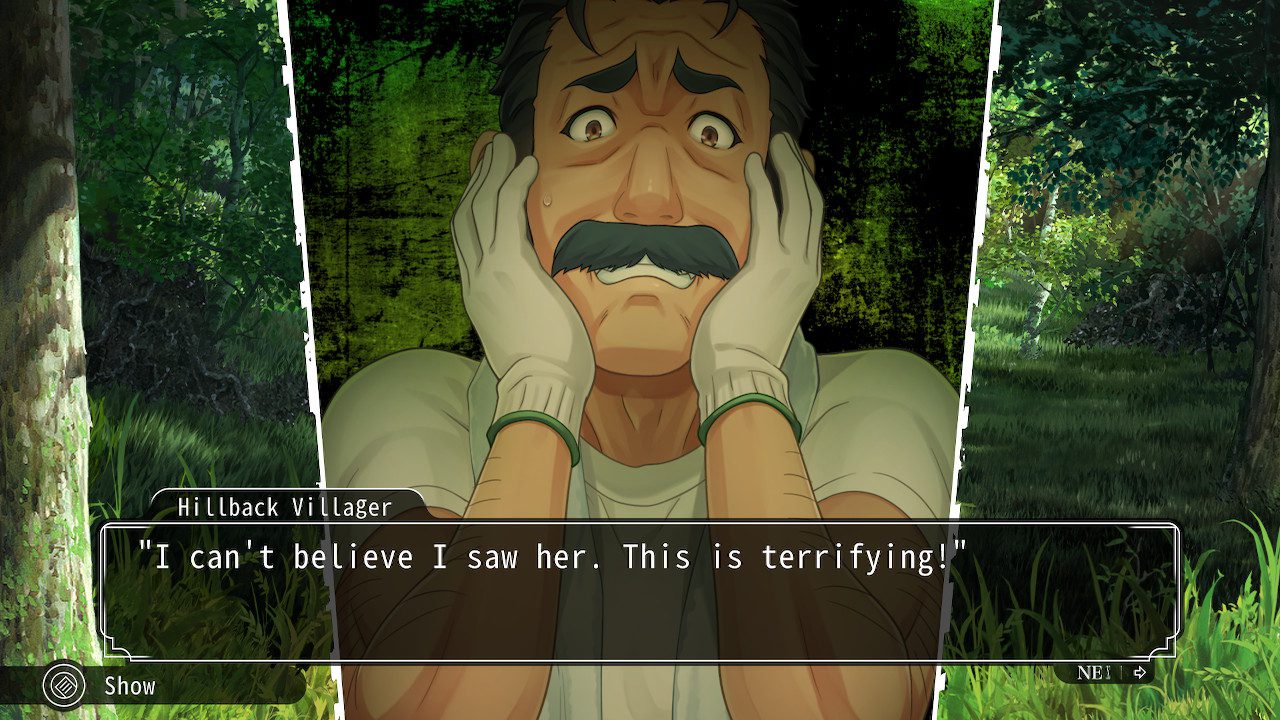 I would be remiss if I didn’t bring up Ayumi Tachibana, your partner at the Utsugi Detective Agency in The Missing Heir and friend-of-the-victim in The Girl Who Stands Behind. She is an absolute delight of a character, and while she doesn’t feature all that much in the first title, her pivotal role in the prequel illustrates why she is endearing to so many people.

Mages deserves a lot of credit for updating the look and sound of these games to modern standards. Both Famicom Detective Club titles feature magnificent hand-drawn illustrations and just enough animation to give the characters life. Some of these backgrounds are absolutely outstanding, and many of the interior environments are rich with details. The soundtrack is a winner too, with your choice of arranged music created for these remakes or the original score from the Famicom Disk System. You can also switch over to the Super Famicom soundtrack for The Girl Who Stands Behind.

I was worried both of these games would only be considered good from a historic standpoint, that they would be celebrated solely due to their longstanding absence outside of Japan. But thankfully, both Famicom Detective Club games stand on their own even thirty years after their initial release. These are two beautiful, gripping games that show the timelessness of a well-written mystery.

Famicom Detective Club: The Girl Who Stands Behind: 7.5/10