Customization can only get you so far

It’s not very often that I get a chance to review something bad. It’s even rarer for me to come across headphones that I just hate. Truth is, most things that you spend $50 or more on are pretty good. Mediocrity can often cost a pretty penny, but straight-up awful headphones come free with every iPod.

So it’s with a heavy, if slightly amused heart that I bring you this review for Designears, a $70 pair of headphones that are objectively garbage. 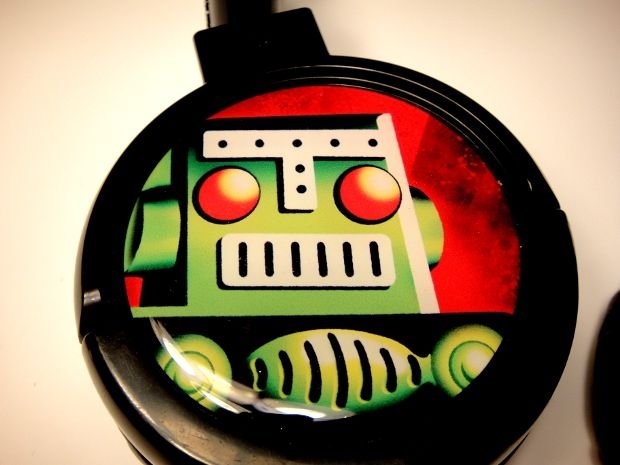 There’s a rabid individualism that sort-of pervades modern western culture. I can’t be said to be against it, because I totally get it. I’m an egotistical ass sometimes. I love my stuff and I’m prone to being more than a little obnoxious about it.

I wear a lot of clothing with logos, I have a Dtoid sticker on nearly everything I possess, etc. So I definitely understand why people might want to loudly declare dedication to one thing or another and as an avid lover of all things audio, I have a dozen sets of circumaural beasts that I use almost constantly.

That in mind, Designears seem almost tailored to me. The selling point here is the ability to slap whatever image or logo you want on a pair of headphones, so when you’re strolling around, going about your day, everyone can see that you’re into cupcakes and green robots.

The “design” part of Designears is totally fine. The image they print is covered with a rubbery plastic which feels higher-quality than I expected and is resistant to scuffs and scratches. Mr. Destructoid’s face wasn’t pixelated or washed out at all, and presumably that same attention to detail will be pretty consistent. 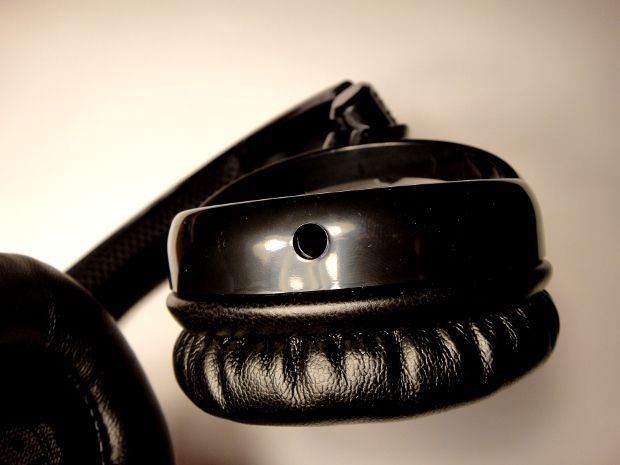 When you pick up the set, Designears’ biggest problem is immediately apparent — they are cheaply made. It’s something I would expect from a tweaking pack of five-year-olds given a year’s supply of paste and Popsicle sticks. It’s bad.

Made entirely of plastic, the phones creak and strain when any significant force is applied. The set has no weight, either.  When holding them with one finger, they still feel so completely insubstantial that I’m honestly left wondering how they work at all.

Putting them on is an even bigger disappointment. Designears are halfway between being supra aural and circum, and they come off as a poorly constructed unholy hybrid of the two. They isolate no outside noise and they leak worse than any set I’ve ever heard.

On the inside of the earcup there’s this foam-like… thing that hits the top arch and ridges of my ears. Its scratchy and horribly uncomfortable for any length of time. The leatherette cups aren’t much better, and they rotate freely, not at all properly connected to the base. 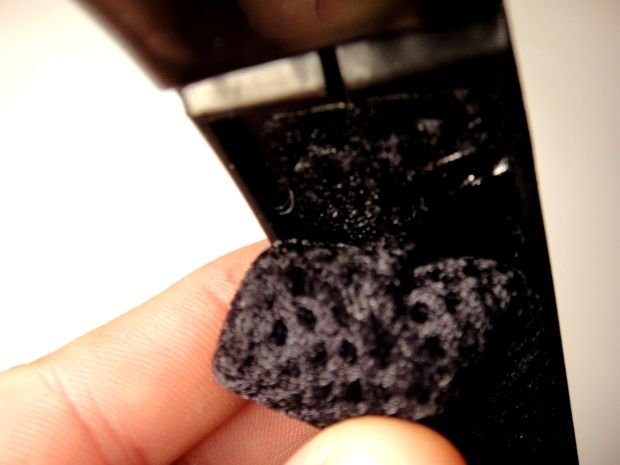 The frame and connecting pieces aren’t up to snuff, either. Most adjustable headphones have a kind of light locking mechanism that keeps the piece from sliding around too much. Again, Designears fails as the cheap plastic pieces are incredibly stiff and a pain in the ass to move or adjust at all.

Similarly, the frame doesn’t have much give in the coronal plane, meaning that wider-headed folks like me are almost squeezed by the plastic trying to return to their natural shape. But as stiff as they are, I’m afraid to apply any real force to them for fear that they’d shatter in my hands. The foam underside of the headband is also held on with a very cheap, very weak double-sided tape.

As I checked to see if the cord was user-replaceable, I discovered what the most offensive fault in these headphones is, to me. The cable runs out of a small hole on the left ear cup — pretty standard for these things. On the right cup, though, the exact same hole is in the same spot. The manufacturers were so lazy that they simply didn’t make more than one kind of cup.

Build quality matters. It does. Especially when consumers start dropping some real money. If you’re going to put cash down, then the product should be able to last for a while. When people make shoddy hardware and charge above what they are clearly worth, it shows a profound lack of respect from the customer. 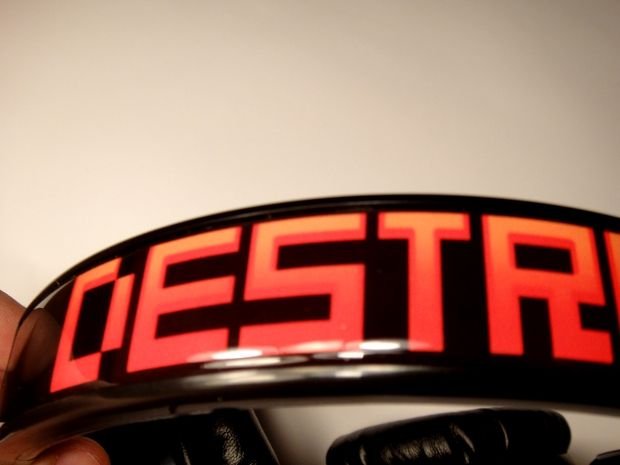 If the piece sounded incredible (I mean ridiculously awesome) then most of these things could be forgiven. But, as you’ve probably already guessed — they simply don’t.

Somehow, they are bass-heavy without any of the crisp definition that I’ve come to expect. Everything is muddled and quiet, without any of the pop or life media deserves. And it should be more than a little indicative that this is all I can think to say about it.

Here’s the bottom line — if you’re vain enough that all you need from these things is a pretty picture of your choosing and you happen to have $70 lying around, then you’re good. Go buy them and be on your merry way. Otherwise, just find a place to print out your own stickers and plaster them on whatever it is you’re using to listen to Taylor Swift, the Ting Tings, or whatever.