A high-end router for gamers

Having a good router is a necessity these days. Every electronic device you own connects to the internet, and many play games online and stream HD video. Your PC and consoles are beginning to rely more and more on digital copies of games, and patches for those games are growing in size. In my apartment we have several computers, iPods, iPads, phones, and game consoles, and they are all hooked up to the internet. I need a good router to keep up with demand.

I’ve had D-Link’s newest gaming router, the DGL-5500, hooked up for a few weeks now, and I am actually surprised at well it’s been working out. It might not be the best router you can buy, but it certainly won’t disappoint. 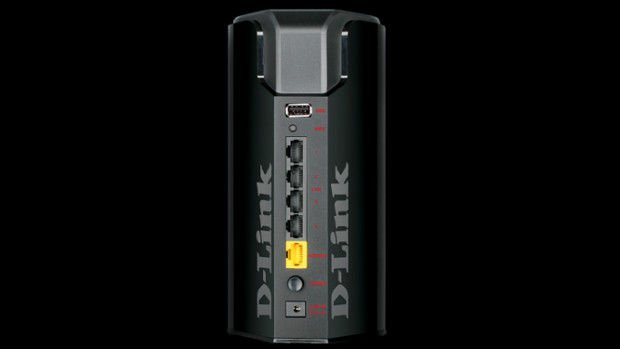 The D-Link DGL-5500 is a dual band router, with a 2.4GHz band and a 5GHz band. It supports Wi-Fi Protected Setup (WPS), four gigabit LAN ports, one gigabit WAN port, a USB 2.0 port, and all of the security features that you would expect in a modern router. It has an MSRP of $199.99, which is normal for a high-end router.

Setting up the DGL-5500 is very easy. It comes with an installation CD, and if you don’t have an optical drive you can access the router’s set-up from your web browser. I had it up and running in a few minutes, and the default setup wizard left me with a setup that I haven’t needed to mess with since. Basically, if you have been able to set up any other router on your own, you will be able to set this up just fine.

Once the router is online, you can access its settings by going to https://dlinkrouter. The interface has been updated from older D-Link products I have used — it’s clean looking and easy to find the settings you need to change. You can clearly see what devices are connected to the network, and how much bandwidth each device is using. You can prioritize devices very easily to make sure the internet is going to where you need it the most. 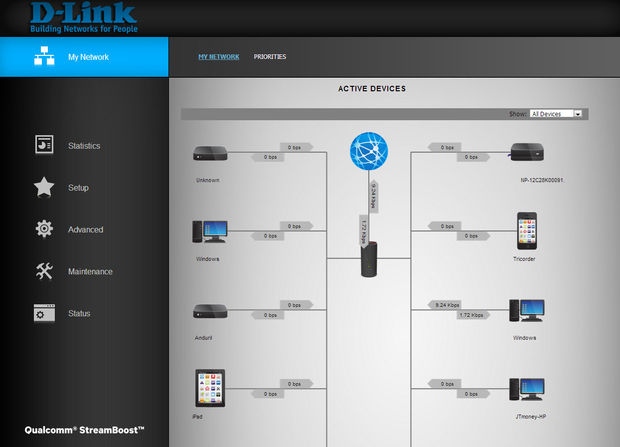 The DGL-5500 is great at showing you where all your bandwidth is going, and how it’s being used. A statistics page in the router’s settings will show you charts of how much data an app uses, how much time is spent in each app, and the times the apps were active. Apps include most software programs that connect to the web, such as Netflix, Twitter, Steam, Pandora, etc. This would be extremely helpful to anyone who has a bandwidth cap on their internet service. You can also see what apps on each device are using bandwidth, so you can tell how much data your laptop has downloaded from Steam or Netflix.

The range on this router is fantastic, even on the 5GHz band. My desktop is a floor above where my router is located, and it’s a couple of rooms over with old thick walls that are the enemy of wi-fi signals. A $50 Netgear router was completely unable to provide a good connection upstairs on the 2.5GHz band. Before setting the DGL-5500 up, I was using a Linksys EA2700 Smart Router, and while it had great coverage on the 2.5GHz band all over my apartment, the 5GHz band would only work on the first floor where the router is located. The DGL-5500’s 5GHz band covers the whole apartment, even up here in my office. I was shocked, actually. 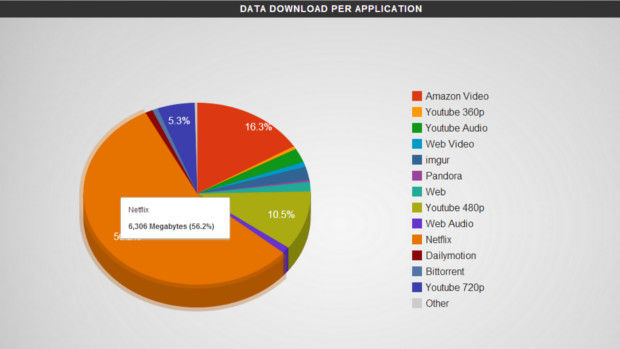 While the DGL-5500 might not offer speeds that are faster than some other routers, I did notice that my overall experience was smoother when using multiple devices. The DGL-5500 uses a technology called “StreamBoost,” which works automatically prioritize your network’s bandwidth in an intelligent way. To put it simply, it can tell what data is for your games, or your video streaming, and it will make sure the things that need constant internet will get it.

To test out what this thing can handle, I had a PlayStation 3 in the living room streaming Amazon Instant Video, a Roku upstairs in the bedroom streaming video on Plex, my PC was streaming Amazon Instant Video, I had BitTorrent going around 200 kB/s, and I was playing EVE Online. There also about three or four phones hooked up to the network while I was testing it, but they weren’t doing anything special. I did not experience any slowdowns anywhere. The video streaming was constantly smooth, and I was still able to browse the web.

That test wasn’t too far from what our normal internet usage every day. There are four people living in my apartment on the network, and we all rely on the internet for our television watching, so there’s usually one to three people streaming video at any given point in the day. The DGL-5500 has been able to handle the load without any issues, which is more than I can say of the Linksys EA2700 I was using before this — it would start to buckle when two people were streaming video, or I had BitTorrent open.

I really love this router. It can withstand the heavy internet usage we have, and it doesn’t flinch when ten or more devices are hooked up and are fighting for bandwidth. The speeds are similar to routers you can get for a lot less, but the the extra cost is worth the amazing 5GHz range and for how many devices this thing can handle at once.

If you live alone in a small apartment with only two or three devices, then this might be overkill for you. If you live in a larger apartment with other people, then a router of this grade is almost a necessity if you want to keep everyone connected.